Law enforcement officers might have thwarted a suicide attempt when they arrested a 39-year-old Sun Prairie man who reportedly tried to elude them in Columbia County.

Shawn David Jacob is charged with attempting to flee an officer and faces up to three years and six months in prison for the felony offense.

Separately, he is charged with felony stalking and has a court hearing scheduled for Jan. 31 in Dane County Veterans Treatment Court. The court offers resources for veterans facing substance abuse or mental health challenges.

According to the criminal complaint, the Columbia County Sheriff’s Office responded Oct. 19 to a “green alert” welfare check for Jacob. He was reported as potentially suicidal and driving a truck in the Lake Wisconsin area. Cellphone pings placed him in Columbia County, where a deputy found Jacob at a dead end on Harvey Road.

The complaint states Jacob started driving toward him and so the deputy turned around and activated his lights and siren in an attempt to pull him over. Jacob accelerated to speeds of 90 mph and eventually turned onto Highway 22.

Jacob reportedly stopped his truck and exited the vehicle with a knife near his throat when more officers had arrived to assist in directing him out of the truck. After shouting something unclear, Jacob got back into the truck and drove south on Highway 51 into Dane County, where officers set up spike strips for his vehicle. Jacob pulled over a short time later near DeForest, where he was taken into custody.

Jacob does not yet have court proceedings scheduled in Columbia County Circuit Court. 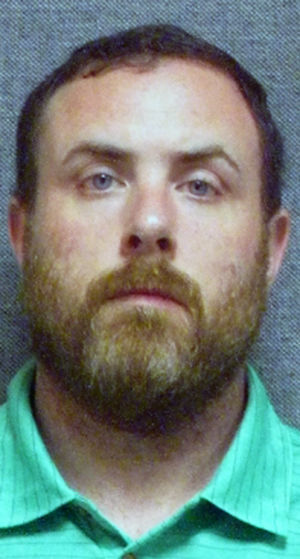