A 43-year-old Lodi man allegedly became upset about his roommates attending a protest in Madison and threatened to shoot them in his driveway.

According to the criminal complaint, a man test drove a vehicle with two women passengers on the night of June 8 and later parked it in the driveway where he lives with Cline in Lodi Township. Cline came out of the house and yelled at him about driving a vehicle Cline associated with African Americans, using a racial slur to describe it. Cline and the man had a short, verbal argument before all three victims left the property.

Later that evening Cline reportedly sent the man numerous text messages stating he would kick him out of the house. During a phone call, Cline told the man he would put his belongings and the belongings of a woman who also lived there on the curb and put her dog outside so it could run away.

The man and the woman were concerned about the dog and so the three returned to the residence at about midnight. The complaint states that Cline exited the residence with a black, 9mm Glock handgun and pointed it at the vehicle. Cline told the man to get out of the car, continued using racial slurs and pointed the gun at the man after he exited the car and threatened to shoot him. The man told Cline he was going inside to get the dog and then they would be leaving. The man reported seeing two fully-loaded magazines for the gun sitting next to an alcoholic beverage on a table inside the home. He also reported that Cline had been drinking since 1 p.m. and was extremely intoxicated.

Cline reportedly walked up to the vehicle with his gun and pointed it at the two women when the man went inside the home for the dog. Cline threatened to shoot the women if they did not leave the property or if they returned to the property.

Cline told a Columbia County Sheriff’s deputy he was upset about his roommates protesting in Madison and admitted to yelling and screaming and calling the woman who owns the dog “every name in the book.” He also admitted to holding a firearm during the confrontation and said he had been drinking alcohol.

The deputy reported the handgun he collected from the residence contained a magazine fully loaded with 10 rounds.

Cline is free on a $10,000 signature bond and has a pretrial conference June 29 in Columbia County Circuit Court.

A 30-year-old Madison man is accused of false imprisonment near the Portage One Stop in the township of Pacific.

A 24-year-old Portage man has been charged with felony strangulation and suffocation and three counts of misdemeanor battery in Columbia County.

A 54-year-old Middleton man is accused of destroying a yard and stealing more than $2,500 for a landscaping project he never completed in Colu…

A 73-year-old Poynette woman is charged with child abuse for allegedly choking a 12-year-old girl during an argument.

TOWN OF DEKORRA — Columbia County Sheriff’s Office suspects that alcohol was a factor in a fatal motorcycle crash June 11 in the town of Dekorra.

A 29-year-old Illinois man is charged with six felonies after he allegedly stole money and guns from Johnson’s Sausage Shoppe in Rio. 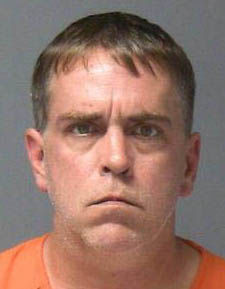