LODI — Police arrested a 20-year-old Lodi man on several charges including felony strangulation after he allegedly loaded five guns and said he would go to Main Street.

Lodi Police spoke to the woman Nov. 15 concerning several incidents that involved Mabin at a residence in Lodi, according to the complaint. Earlier in the day, Mabin had picked up the woman and threw her onto a bed, held her down and hit her in the face, giving her a bloody nose. Mabin would not allow the woman to leave the residence and loaded all five of his guns. Mabin told her that he was going to Main Street and she tried to grab one of the guns out of his hands. The woman eventually locked the guns in a bedroom and Mabin locked himself in another bedroom.

The complaint states the woman called a friend over for help and this friend saw Mabin trying to leave the residence with a gun. The friend saw the woman grab one of the guns from Mabin only to have Mabin pull out another gun from his pocket. Mabin allegedly said to the woman, “Are you stupid? The safety is off!”

Mabin, on Nov. 2, allegedly covered the woman’s mouth and choked her so that she couldn’t breathe, according to the complaint. The complaint also states that Mabin, on Nov. 6, lunged at the woman and pinned her against a wall. Mabin held a loaded gun to her forehead and when he let her go, she went to the floor. Mabin dragged her by her hair to a bedroom.

Mabin had a pretrial conference Monday in Columbia County Circuit Court and returns to court Jan. 8. 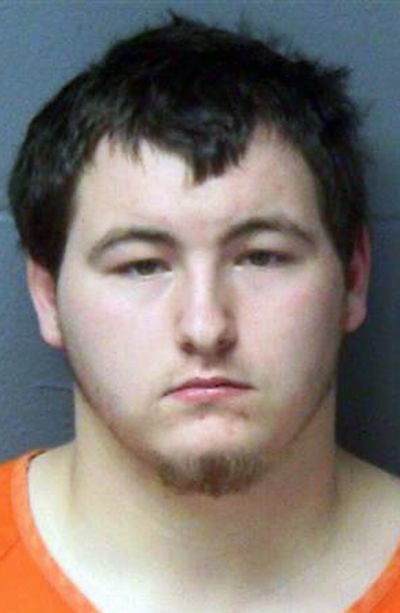