A 39-year-old Pardeeville man faces up to six years in prison for felony strangulation and suffocation and is also charged with misdemeanor disorderly conduct in Columbia County.

According to the criminal complaint, Lucas C. Bohne and the victim were arguing Jan. 27 at a residence in Pardeeville when she went to an upstairs room to get away. Following another argument inside the room, Bohne exited but held the door closed when she tried to get out. The victim yelled at Bohne to open the door when suddenly it “smashed open” into her and she fell hard into a wall.

Bohne reportedly grabbed the victim and threw her to the floor and started choking her with his hand on the front of her throat. Bohne eventually got off of her and told her to leave the residence and she called a relative on the phone and left.

The relative told law enforcement that over the phone, he could hear the victim telling Bohne to stop and the whole thing “sounded intense,” the complaint states. She told the relative that Bohne had choked her and was throwing her out of the house. When the victim came to his residence, the relative observed red marks on her throat and forehead.

Regarding the arguments, Bohne admitted to law enforcement that he “shouldn’t have went back in to keep it going,” according to the complaint. He admitted that the woman fell backwards when he entered the room and that he used a wrestling move in grabbing her by the arms and putting her on the floor and keeping her pinned there.

Bohne, free on a $5,000 signature bond, has a preliminary hearing scheduled for Wednesday in Columbia County Circuit Court.

A Friesland man was sentenced to life in prison for shooting and killing his estranged wife in a Portage parking lot. 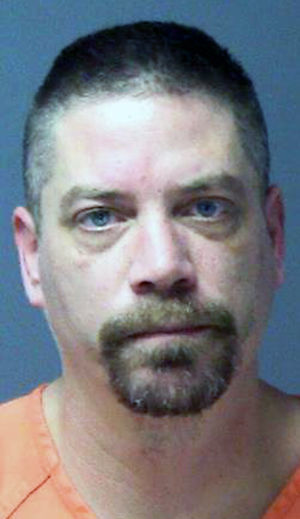