Due to a prior felony conviction, his sentences could be increased by up to four years.

According to the criminal complaint, Myers failed field sobriety tests Feb.7 after a Portage Police officer pulled him over on MacFarlane Road. When the officer told Myers he would be arrested for operating a vehicle while intoxicated, Myers screamed profanities at him and ran away southbound on MacFarlane Road. The officer pursued Myers on foot and eventually tackled him to the ground. Myers struggled with the officer and tried to get away and eventually Myers struggled with two other officers who had also pursued him on foot and arrived at the scene.

Myers reportedly called the officers a homophobic slur and stated “the only reason you caught me is because I am out of breath from” having sexual relations with an officer’s mother. Myers yelled several other profane and derogatory comments as they tried to place him in handcuffs. Myers held his hands underneath his body to prevent handcuffing. The three officers were finally able to secure Myers in handcuffs using physical force.

The complaint states the officer who pulled Myers over and caught Myers on foot suffered soft tissue injuries during the struggle including a laceration to his right pinky finger, an abrasion to his right elbow and a strained/sprained left shoulder. After Myers’ arrest, police found a baggie of marijuana in the center console of Myers’ car.

Myers remains in custody on $1,000 cash bond and has a pretrial conference scheduled for Wednesday in Columbia County Circuit Court.

Online court records show Myers, in 2015, was convicted of felony possession of narcotic drugs in Columbia County and sentenced to one year in state prison. 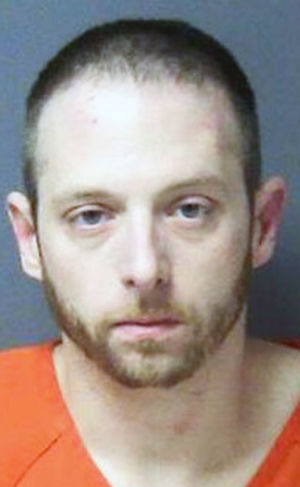