Police arrested a 30-year-old man on suspicion of strangling and suffocating a woman in Wisconsin Dells, who was heard yelling for help from an apartment window.

Terry Dushawn Palmer Holiday, Wisconsin Dells, faces up to eight years in prison for the felony offense and is also charged with misdemeanors of battery and disorderly conduct.

According to the criminal complaint, Wisconsin Dells police responded to a report of a woman yelling for help in the early afternoon Jan. 10 in the city of Wisconsin Dells. Police observed a red mark near her left eye as well as swelling on the left side of her face and head. The woman said Holiday hit her head against a table and had just left the residence as police arrived.

The complaint states the two of them were arguing when Holiday came at her and punched her a number of times in the head and choked her with one hand against a wall, lifting her off the ground. She reported she could not breathe when Holiday did this. An officer observed redness on the front of her neck and what he believed to be hemorrhages that would be caused by a strong squeezing force.

The woman reported that she was able to get away from Holiday, but then he came after her and shoved her so that she fell and hit her head on a coffee table. She then opened a window and screamed for help. A business owner nearby reported he had heard the sound of items being slammed around and a female yelling for help and also yelling, “Don’t kill me.” Holiday told police the two of them had argued.

Holiday, who is free on a $2,000 signature bond, has a pretrial conference Feb. 10 in Columbia County Circuit Court. 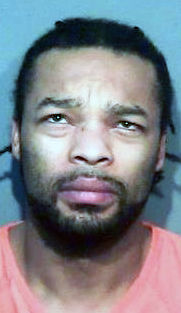