Austin M. Bashynski, Portage, faces up to 40 years in prison for felony second-degree sexual assault and is also charged with misdemeanor bail jumping.

According to the criminal complaint, Bashynski and the victim were drinking together at the Whiskey Barrel in Portage when he showed her some cocaine and asked if she wanted any of it. She declined the offer and then Bashynski left the bar for about 40 minutes. When he returned, Bashynski told the victim he wasn’t feeling very good and so she walked him to his Portage apartment.

Bashynski said he was very hot in the apartment and so she undressed him until he was naked. The complaint said Bashynski told her that he wanted to have sex with her and she said no, but Bashynski pulled off her pants and forced her to have sex with him. During intercourse the victim cried and said “please stop” repeatedly and eventually Bashynski stopped. She told Bashynski “don’t touch me” and then he put on his clothes and said he was going for a walk. Bashynski said she could call the cops if she wanted to and that he did not care.

Portage Police spoke to Bashynski’s neighbor who reported that he had almost called police because he heard a disturbance. The neighbor said he heard a female crying and saying, “Don’t touch me” and heard a male tell the woman that he loved her.

At 5:03 a.m. police were dispatched to Henry Drive in Portage for a man who needed an ambulance, the complaint states. Upon arrival, police spoke to Bashynski who admitted to snorting cocaine.

Online court records show Bashynski, formerly of Randolph, was charged in August 2018 with misdemeanor drug paraphernalia possession in Columbia County and the case is still open. 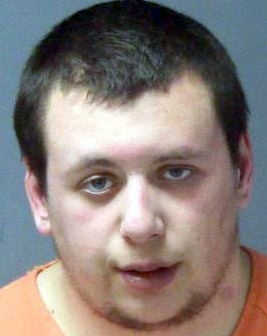