A 28-year-old Portage man is accused of attacking a woman with a pocketknife after she hit his snowboard with a hammer.

According to the criminal complaint, Moffat and the woman argued at a Portage residence Feb. 12 after the woman had discontinued service for his phone. Moffat said he would be leaving the residence but became angry once he realized he couldn’t use his phone. He told the woman he would be taking her phone, too, and eventually threw her phone against the wall, making a dent in the wall.

Moffat reportedly grabbed the phone again and said he would break it, so the woman grabbed a hammer and started hitting his snowboard with it. Then Moffat pulled out his pocketknife and advanced toward the woman, slicing at her arms with the knife.

The woman swung the hammer at his wrist and Moffat pushed her away from the snowboard, the complaint states. She fell on the bed and tried to kick Moffat away from her and he jabbed at her right leg with the knife, puncturing her leg. He pulled the hammer away from her and started to leave the room when the woman grabbed at the phone in his back pocket. Moffat responded by bringing his right forearm down on her throat and restricting her breathing for 3 to 4 seconds. After he got the phone back, he stabbed it with the knife. Eventually he stopped stabbing it and left the residence with the phone.

The complaint states Portage Police observed bleeding injuries on the woman including superficial lacerations to her left hand and a puncture wound in her right leg. Police also observed superficial cuts and scrapes down the back of her right leg, below her knee. The woman said Moffat had also tried to stab her in the chest and showed police a red mark on her upper left chest.

Moffat is in custody on $2,500 cash bond and is scheduled to make his initial appearance Wednesday in Columbia County Circuit Court.

Baraboo woman accused of threatening to kill officer in Portage 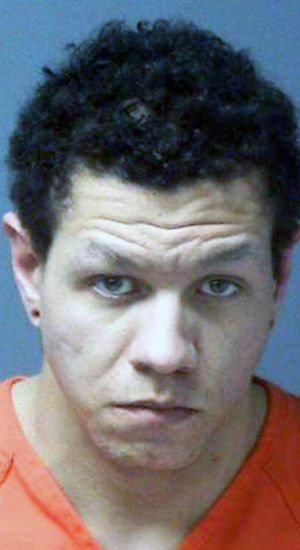