A 53-year-old Rio man was arrested for attempting to flee a police officer Sunday in the town of Ostego and he allegedly taunted police while being booked.

A Rio police officer conducted a traffic stop on Zeidler after he failed to stop at a stop sign, according to the criminal complaint. The officer reports that Zeidler’s eyes were glassy and bloodshot and that he smelled of intoxicants. Zeidler told the officer that he had three or four drinks but stated he lived just down the road and could walk home.

The complaint states the officer told Zeidler he could not walk home and asked him to stay in the vehicle. When the officer asked Zeidler to step out of the vehicle, Zeidler began yelling and told him and a Columbia County Sheriff’s deputy who had arrived at the scene that they could pick him up at his home and drove away.

The officer and deputy pursued Zeidler until he pulled into a driveway and parked in front of a garage, according to the complaint. The officers approached his vehicle with their service weapons drawn and removed Zeidler from the vehicle.

At the Rio police station Zeidler reportedly refused to do a blood draw and kept interrupting the arresting officer, saying things like, “You got me,” and “congrats on your kill” and “you did your job; you got the drunk driver in town.” 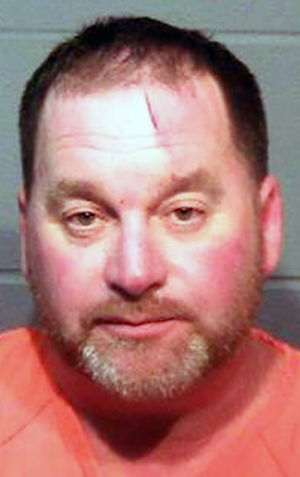