Svetoslav Georgiev Markov, 42, faces up to 10 years in prison for felony third-degree sexual assault of a female he allegedly picked up July 3 at the Wilderness Resort in Wisconsin Dells.

Markov was removed from the Uber application as soon as the company learned of the allegations, Uber spokeswoman Kayla Whaling said in an email Monday. “This is deeply upsetting. The driver’s access to the app has been removed and (we) are cooperating with law enforcement to support their investigation.”

The Columbia County Sheriff’s Office obtained information about Markov from the multinational ride-sharing company Sept. 24, according to the criminal complaint filed Monday.

The complaint states the woman accidentally ordered a ride home from a bar at the resort while using the Uber application on her phone. She reported she had only been trying to determine how much the ride would cost when she received a phone call from Markov stating he was her Uber driver and parked outside the bar in a white SUV. She got into the vehicle and Markov immediately started driving.

The woman reported staying at the resort with her fiancé until they got into an argument, the complaint states. She apologized to Markov for accidentally booking the ride and told him she didn’t want to drive all the way home because it was too expensive.

Markov told her he could cancel the ride, at which point the woman reported becoming very emotional and feeling relieved when the driver stopped the vehicle at the side of a back road. She asked Markov about his heavy accent and they started talking about their mutual Slavic background. She told the driver she wanted to text her sister or fiancé to see if they could pick her up. Markov started driving again as she was doing so.

The complaint states Markov gave the woman a bottle of water he bought from a gas station when he gassed up his vehicle and then drove her to the Comfort Suites hotel in the town of Caledonia. He told her it was the only hotel that would have a room available on July 4. The woman didn’t want to stay at the hotel and continued texting people trying to figure out what to do.

Markov leaned over and started kissing the woman and she reluctantly kissed him, according to the complaint. Markov then placed his hands all over the victim and pinned her down with his body, attempting sexual intercourse as the woman told him “no” and stated multiple times that she needed to leave. She was able to exit the vehicle eventually and go into the hotel.

Markov told a Columbia County Sheriff’s detective that he picked up a woman from Wisconsin Dells and brought her to a hotel near a truck stop in Portage, according to the complaint. He admitted to kissing the woman but denied making sexual contact with her. He said he believed the woman was kissing him as a way to pay for the ride.

In her email, Whaling noted Uber safety features include RideCheck, which the company fully rolled out in September. RideCheck uses trip data and other sensors in drivers’ phones to detect possible crashes or trips going off course. Another safety feature is “the emergency button” located within the Uber app, which, when pressed, alerts 911 dispatchers of the vehicle’s make and model, license plate and GPS location.

Whaling’s email notes that Uber announced improvements to its U.S. background check process for drivers in April 2018, including re-running criminal and motor vehicle record checks and adding technology that notifies the company of drivers involved in criminal activity.

Sex offender to reside in village of Pardeeville

A registered sex offender on supervision is moving to the village of Pardeeville, authorities say. 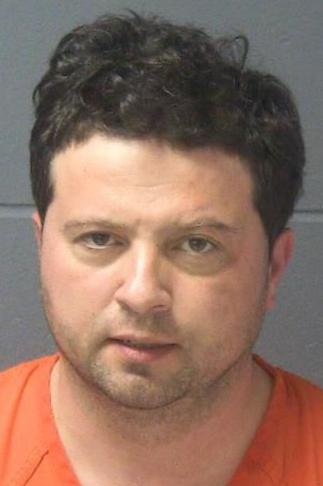