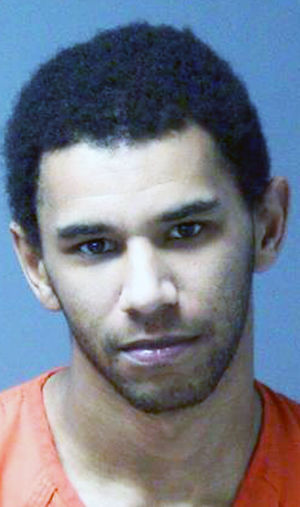 Jekoby D. Hopkins faces up to 40 years in prison for the felony offense.

According to the criminal complaint, the mother of the victim told Portage Police in April that her 15-year-old daughter was pregnant. The mother believed the father was someone around 22 years of age named “Koby.” Hopkins denied being the father when police talked to him at Columbia County Jail in May. Hopkins also told police that his relationship with the girl was like a brother and sister.

Police listened to multiple phone calls Hopkins placed to the girl from jail, calls they would end by telling each other, “I love you.” After speaking with police May 24, Hopkins told the girl on the phone that she needs to “take care of” the baby so that someone doesn’t get “jammed up” in prison for 15 to 35 years.

The mother told police her daughter later said she didn’t want the father to “spend 35 years” in prison because of her, according to the complaint. December hospital records obtained by police show the girl gave birth to a baby boy whose race is listed as white, Hispanic and African-American. Police learned from school records the alleged victim is white and Hispanic and from jail records that Hopkins is African-American.

The girl reportedly told police Jan. 14 that Hopkins is the father of her baby.

Hopkins remains in custody on a $500 cash bond and has a preliminary hearing set for Feb. 5 in Columbia County Circuit Court.