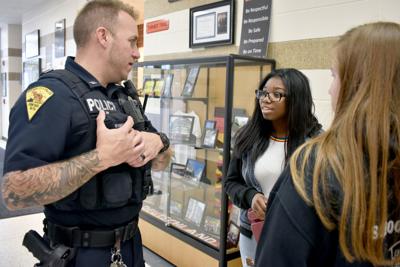 Portage Community School District received $213,082 in two rounds of safety grants from the Wisconsin Department of Justice beginning last summer. Warning, the first and only school resource officer employed in Portage, had a front-row seat for one of the first changes.

“They put that up right after I started working here,” he said of “156-L,” which also is written on the window outside of his office at Portage High School.

Portage spent $26,834 of the safety grant money to number every room in every school at the start of the 2018-19 school year. It makes things easier for first responders, said Warning, a first responder from the Portage Police Department.

During a fire, people can inform first responders precisely where the help is needed.

“It’s practical,” Warning said. “It’s efficient. It makes it less probable that something bad could happen.”

One hundred million dollars in safety grants for Wisconsin schools also allowed Portage and others to install shatter-resistant film for windows in doors; steel posts to prevent vehicles from driving through school entrances; video monitoring equipment; and second sets of doors at their entrances, among other fortifications.

State money helped Portage to do many of the things officials already planned to do but didn’t have the funds for, Superintendent Margaret Rudolph said.

“It’s huge. You have a plan and then you accelerate that plan," she said.

“It was a nice boost for immediate returns,” Baraboo Superintendent Lori Mueller said.

“We’re so much more proactive now,” he said.

Beaver Dam’s district-wide safety team is made up of community members, first responders — including the district's two school resource officers — and school staff. It meets five times per school year and discusses the effectiveness of safety practices and how the district might improve them, DiStefano said.

Every school building has its own safety team, as well as threat assessment teams comprised of administrators, counselors and other school staff who review incidents as they happen and decide how to respond to possible threats.

Every school in Wisconsin has these teams, DiStefano said. They’re required.

“The (grants) were the appropriate catalyst for establishing routine practices and protocols," he said. "It’s our job to make sure they’re embedded."

According to a 2017 Wisconsin Youth Risk Behavior Survey, 6.9% of students reported having been threatened with a weapon. In the same 2017 report, the state estimated between 1% and 2% of Wisconsin high school students took a gun to school within the past 30 days.

The data is noted in Wisconsin Department of Public Instruction’s “Mandatory Reporting of Threats of School Violence,” an online module developed in accordance with Wisconsin Act 143, which the state Legislature passed in March 2018.

Act 143 created a State Office of School Safety, which paid immediate dividends in Baraboo last year, Mueller said, after her district faced a flood of threats and media requests related to a photograph that appeared to show Baraboo students making a Nazi salute.

The volume of threats Baraboo received via social media “were so significant we couldn’t count them,” Mueller said. “The office helped us manage media, but their biggest support was actually being here, in Baraboo, helping us ensure the safety of our kids."

With assistance from the state safety office, Baraboo never had to cancel school due to the threats, Mueller said. Having two school resource officers already on staff, like in Beaver Dam, didn't hurt either.

Act 143 also required schools to perform on-site safety assessments, school violence drills, enact school safety plans and made it so all employees of a school district were required to report school violence threats. According to Act 143, those deemed by the state to have “intentionally failed” in reporting a threat now face fines of up to $1,000 and imprisonment of 6 months or both.

More than 70,000 school staff throughout the state so far have completed the training, according to Brian Dean, a school safety consultant for DPI.

“There’s been so much growth in the last year,” said Dean, who noted all school staff must complete DPI’s training within their first six months of employment and then repeat it at least once every five years.

DPI training details how threats might be spoken, written or symbolic and instructs staff to report to law enforcement anything they believe poses “a serious and imminent threat” to the health or safety of a student, school employee or the public. The state defines serious and imminent threats in the same manner as the FBI: threats that are “direct, specific and plausible,” and/or that suggest “concrete steps have been taken toward carrying it out.”

The Wisconsin Attorney General’s Office released The Comprehensive School Security Framework and the Wisconsin School Threat Assessment Protocol in March to further assist schools in assessing and dealing with threats. The state wants schools “to take everything seriously” and in its protocol splits up school threats into low-, medium- and high-level categories, said Dean, who authored some of the framework.

Added Dean: “In 80 percent of school shootings, there’s somebody besides the perpetrator who knows about the attack ahead of time. Schools can use our protocol to help them identify the threats.”

Dr. David Perrodin, a recently retired director of special education at Cooperative Educational Service Agency 5 in Portage, believes the state is wasting its time and money on fortifications. Perrodin received his doctorate of philosophy in educational leadership and policy analysis at University of Wisconsin-Madison, where he researched high-stakes safety decisions in education, health care and the military.

“The bollards in front of Portage schools? That’s a waste of money because intruders don’t enter schools with their cars,” Perrodin said. “It’s what the people want to see, though. They want to see physical changes.”

He believes more money should be spent on prevention, including teaching students “situational awareness” so they might better identify and report school threats themselves.

The Wisconsin Department of Justice Office of School Safety did not provide details about how much of its grants were issued solely for school fortifications, but Perrodin estimates they account for about 90 percent of what’s been spent so far.

“People (and school boards) want to see cameras. They want to see the entrances to schools get doubled or tripled and that’s what’s happened,” Perrodin said. “Almost nobody who works in schools holds a degree in mental health, but they’re asked to do things a psychiatrist should be doing. Schools are being asked to handle things they’re not equipped for.”

Dean said state protocols for school staff were crafted with insight from mental health professionals and disagreed that any of the fortifications might have been wasteful.

“People think that until they wish they had them,” he said of fortifications.

Last year, the state’s new School-Based Mental Health Services grant program awarded $3.25 million among 64 school districts, Dean said. Districts like the Pardeeville Area School District -- which received $11,000 at the start of the school year -- spent the money to bring in mental health professionals who worked with staff and then the community about topics of depression, anxiety, social media, coping skills and addictions.

This year the state is issuing another $3.25 million in mental health grants to schools with the potential for a lot more following the current state budget process, Dean said. “The (school safety) grant program was a one-time program, but I believe the mental health work will carry on for many, many years.”

"Knowing someone is a second away makes a major difference," Rudolph said. "He's housed at the high school but visits the other schools regularly."

In Baraboo, "We'll continue to improve our trauma-informed care and mental health capacity as a staff," Mueller said. Grant money helped Baraboo establish an ongoing partnership with Innervisions Counseling and Consulting Center of West Baraboo, which engages with students on a monthly basis at each school building.

Said DiStefano in Beaver Dam: “There’s just a heightened sensitivity and awareness to school safety issues now. The call to action is different and healthy.

"The state made schools accountable, and I hope we see long-term commitment from them in sustainable funding.”

'Sign of the times' but necessary: Portage schools to make several changes for safety

School safety improvements are getting a boost in Portage.

St. Mary School in Portage will improve its entryway security this summer after it received $15,900 from the state for school safety.

Wisconsin grant helps Pardeeville stay 'ahead of the curve' for safety

PARDEEVILLE — Hold onto your hard hats.

Sauk County officers are working to discourage unsafe driving habits through enforcement. But public education may be the key to addressing th…

The School District of Reedsburg approved updated safety plans as a requirement by the Department of Justice.

A $165,000 grant from the Wisconsin Department of Justice will allow the Baraboo School District to improve school safety primarily by trainin…

Two Madison area school districts will be getting close to $100,000 each in school safety grants, focusing on initiatives to bolster student mental health.

MADISON — St. Stephen Lutheran School in Horicon is one of 60 schools and school districts to receive funds from the Wisconsin Department of J…

The Beaver Dam Unified School District received $187,000 through a state grant program that has provided funds to nearly every district in the state.

WAUPUN — The Wisconsin Department of Justice has awarded Central Wisconsin Christian School an initial grant of $19,822 as part of the School …

WAUPUN — There was much excitement recently when the Waupun Unified School District received a $100,000 grant to enhance school security.

In the six years since his last public television appearance, a Portage resident has observed and researched the growing billion-dollar school…

PORTAGE — Mass shootings continue to dominate news headlines, many of them taking place in schools, prompting state lawmakers and educators to…

School resource officers 'keep it real' with students in Portage and Baraboo as mentors, peacekeepers

Portage school resource officer Pete Warning says he wants students to see him not as a guy with a badge who drives fast, but as a mentor and …

The Portage Community School District’s crisis plan is getting updated this year for the first time since 2016, and administrators don’t inten…

Like her predecessor, Katelyn Behling says she’s focused on effective communication and building trust with students as the new school resourc… 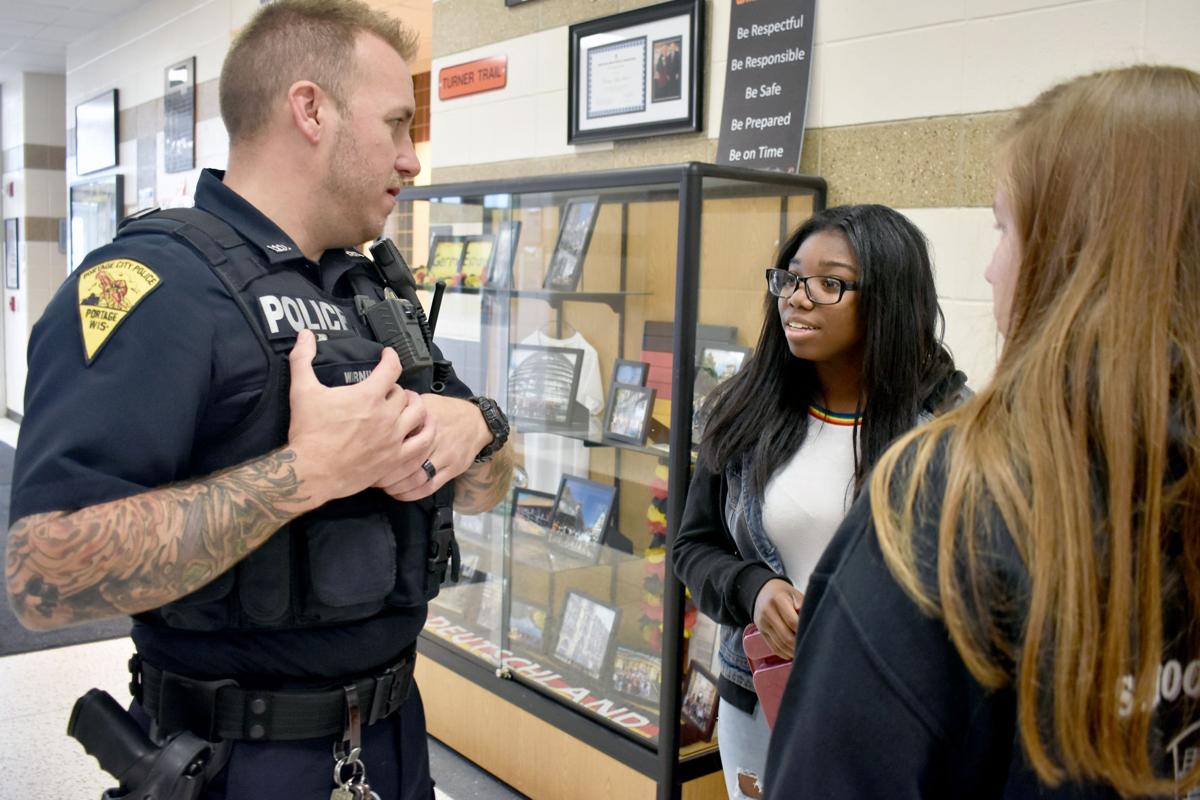 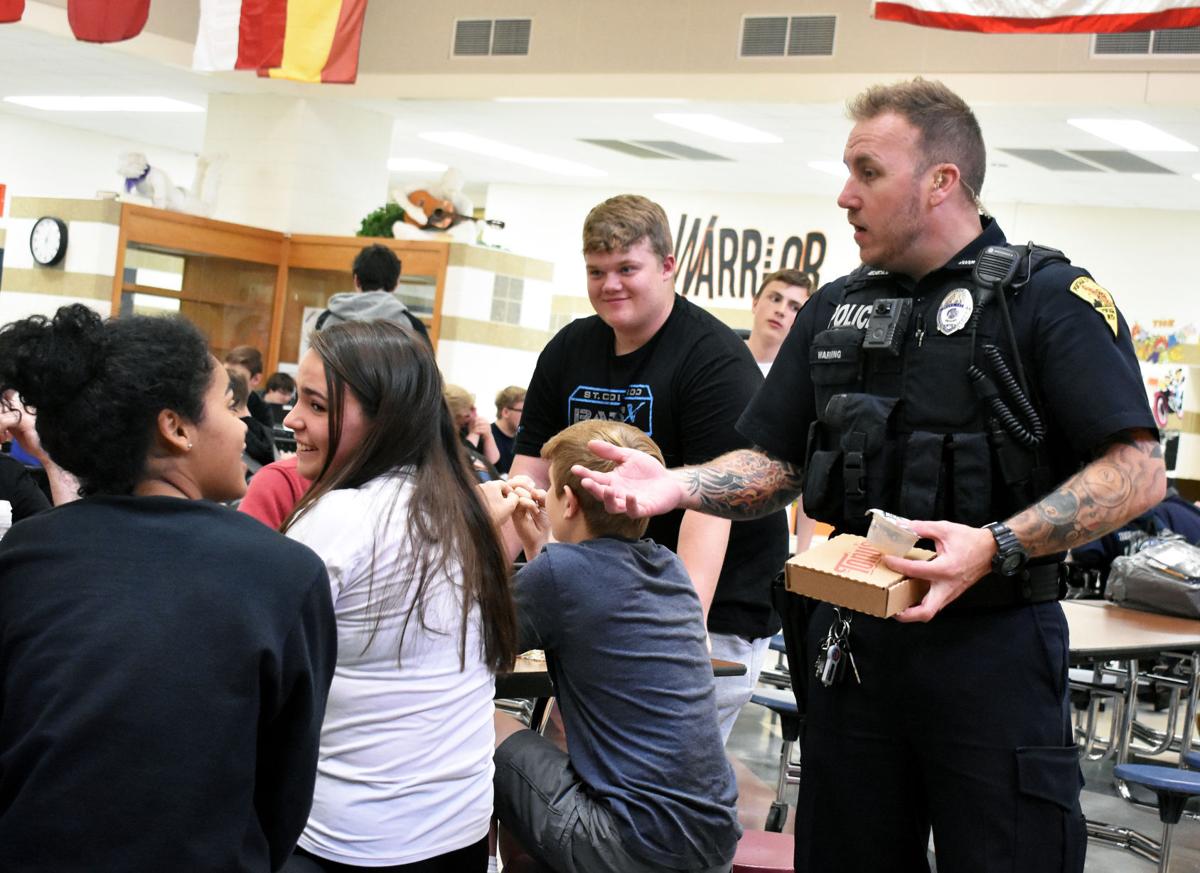 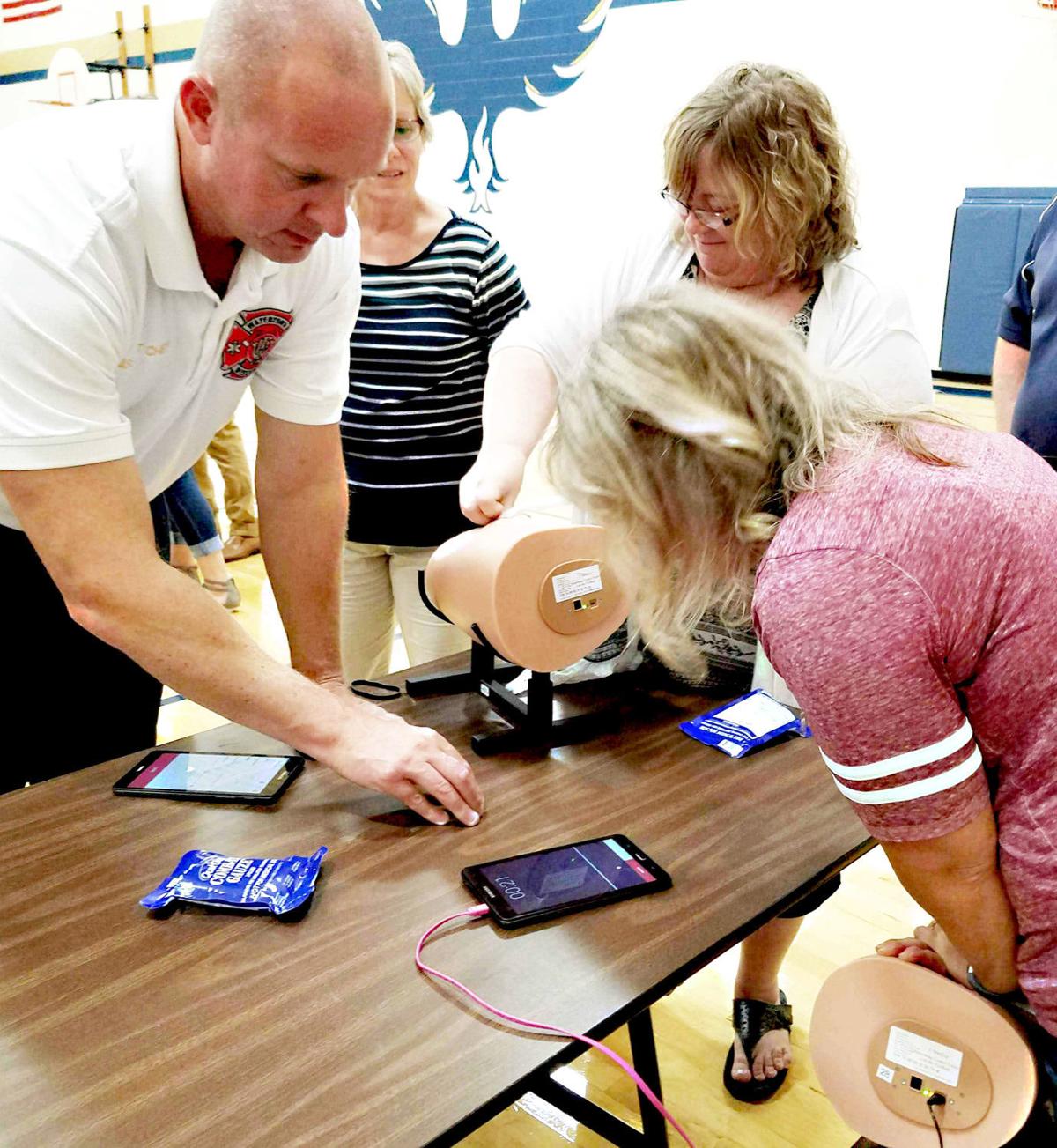 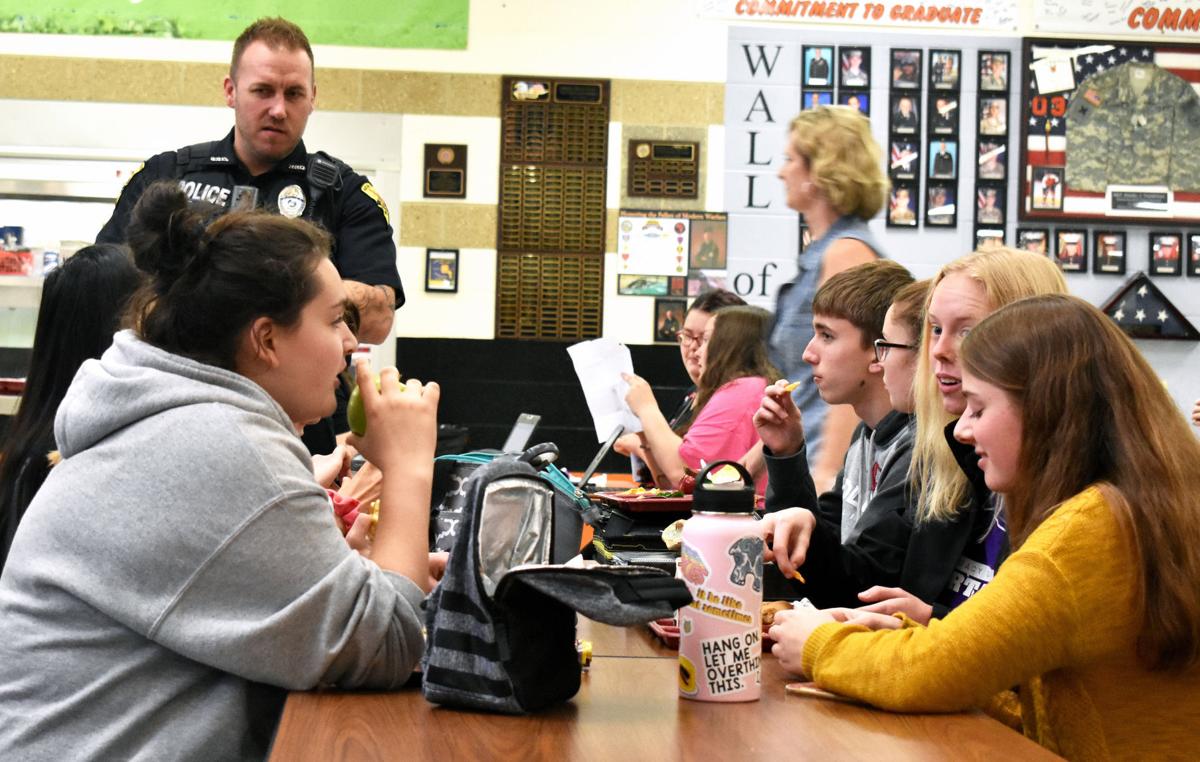 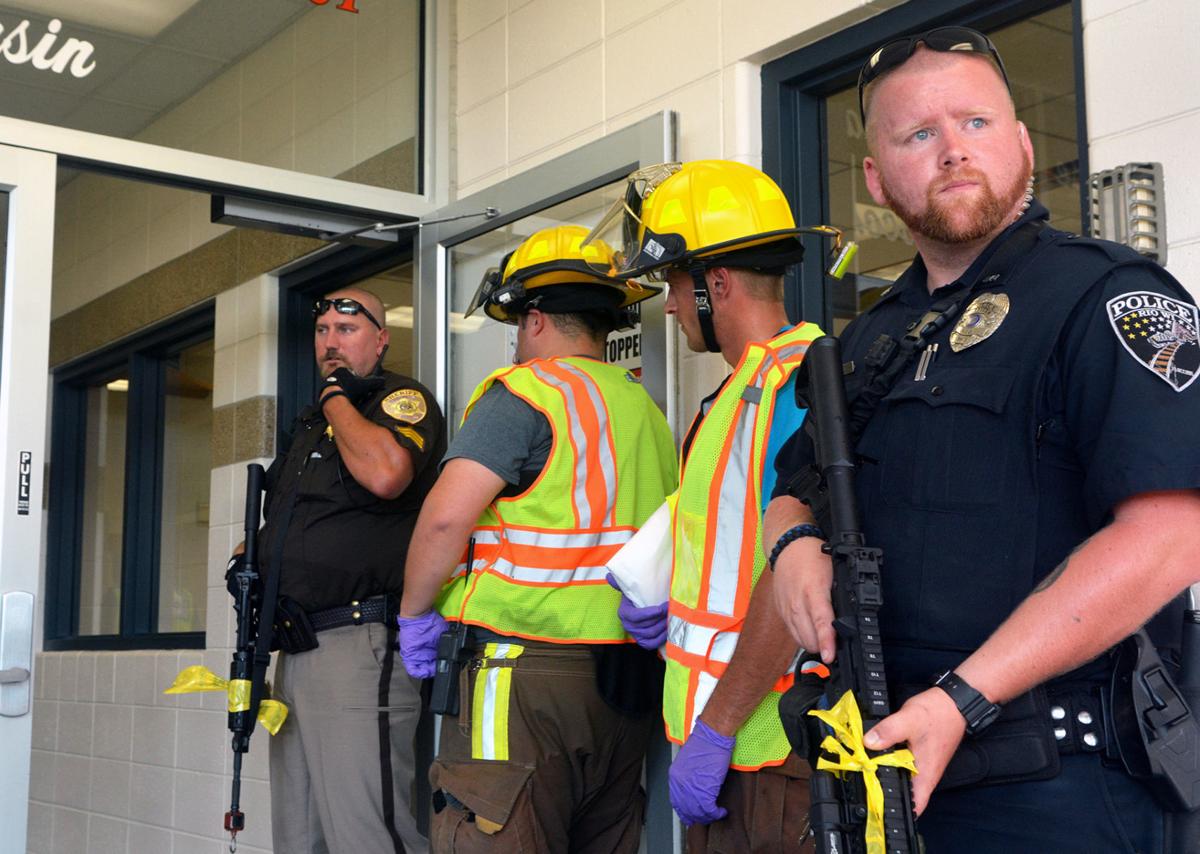 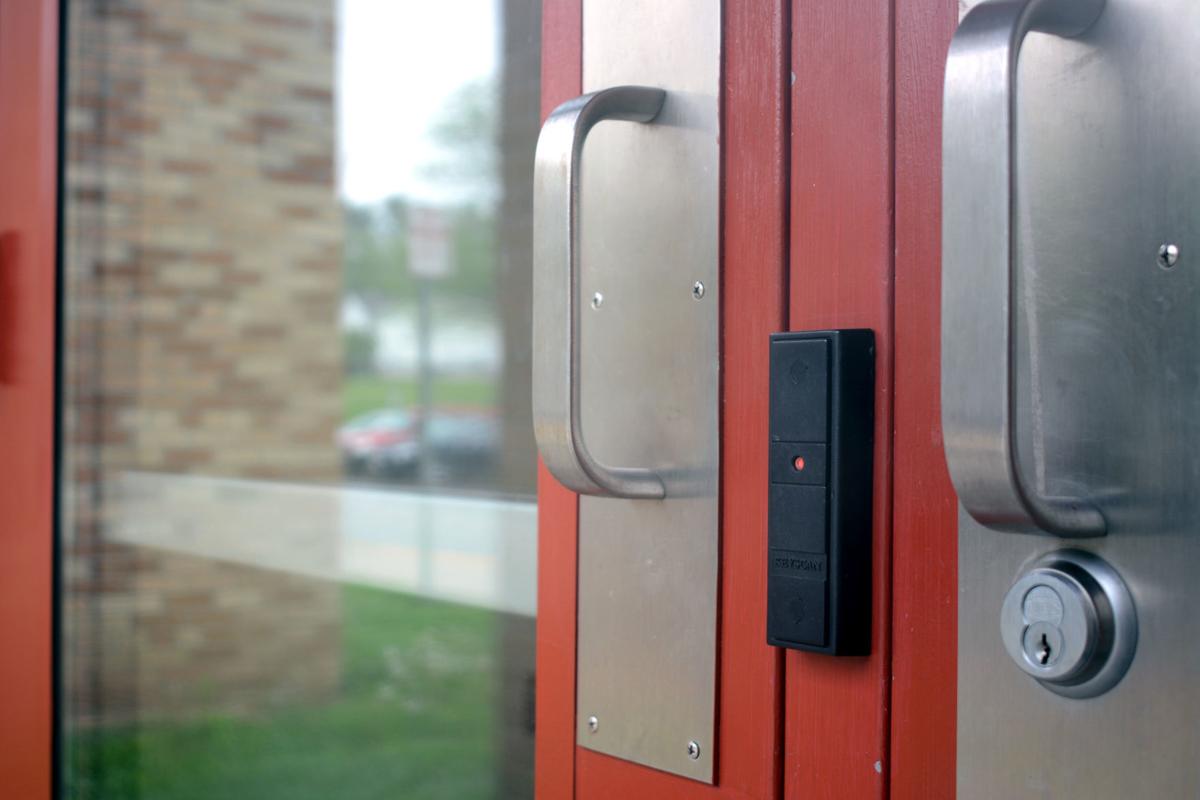 The Baraboo School District's 2014 referendum financed secure entrances at each of its seven buildings. The improvements were required to receive advanced grant funding through the Wisconsin Department of Justice School Safety Initiative. 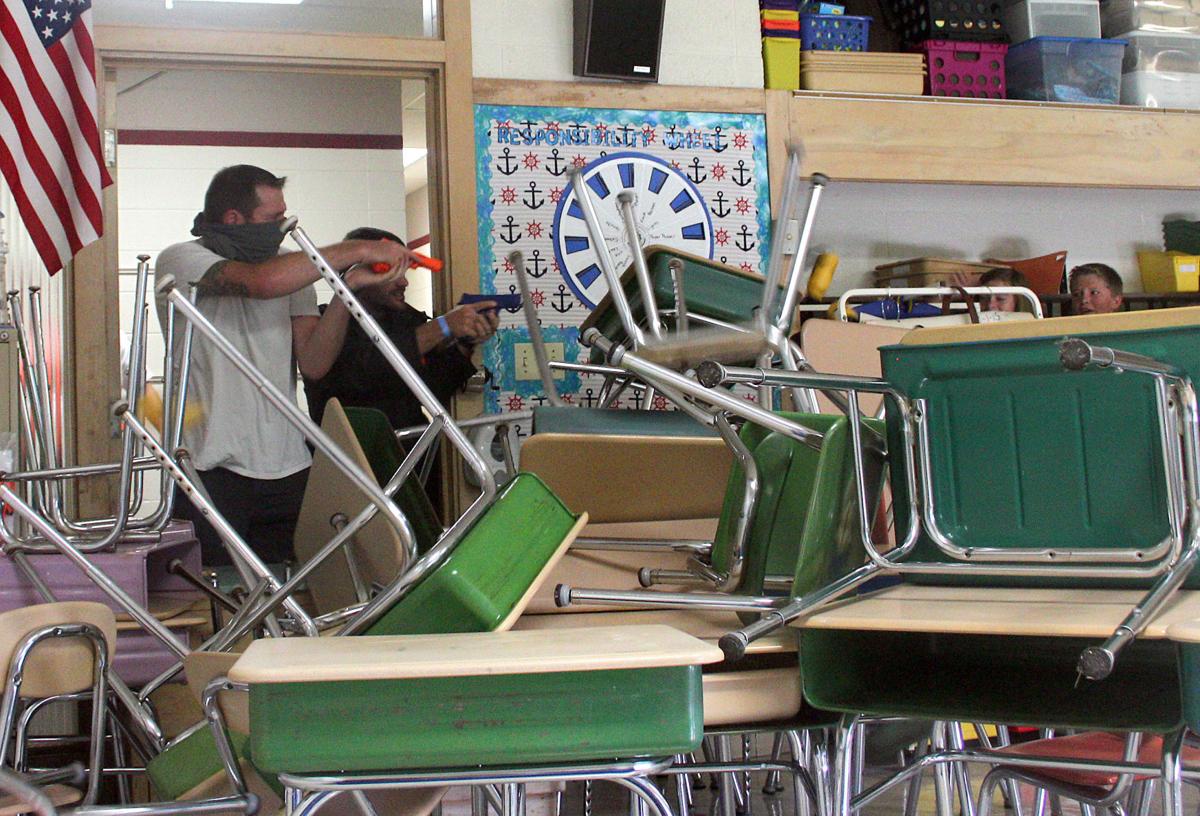 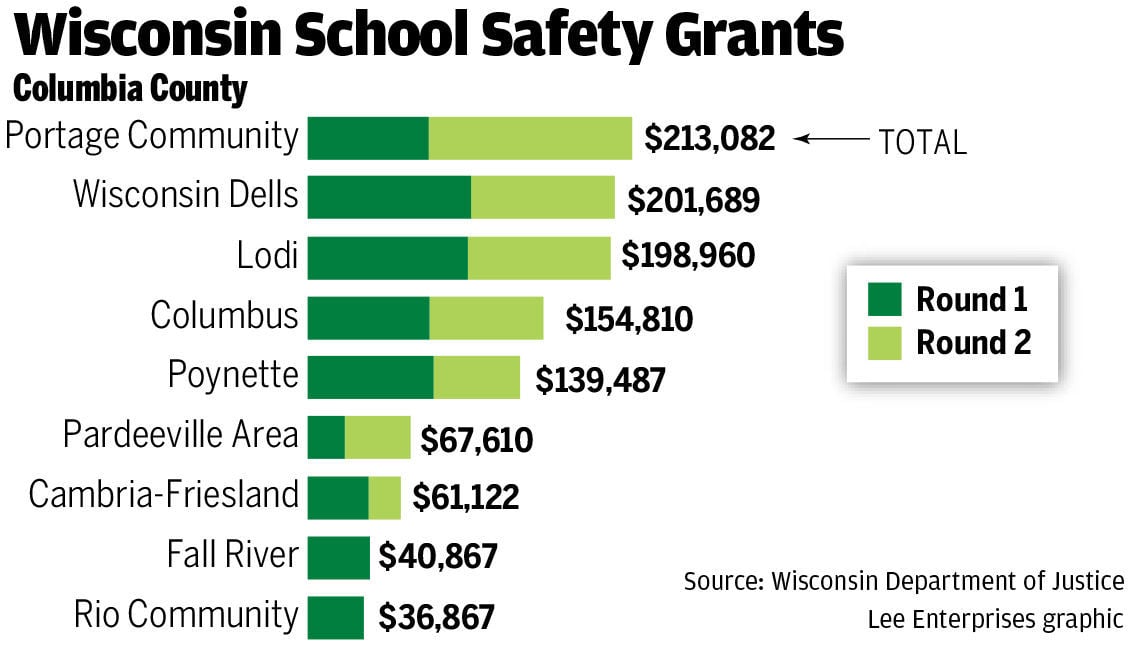 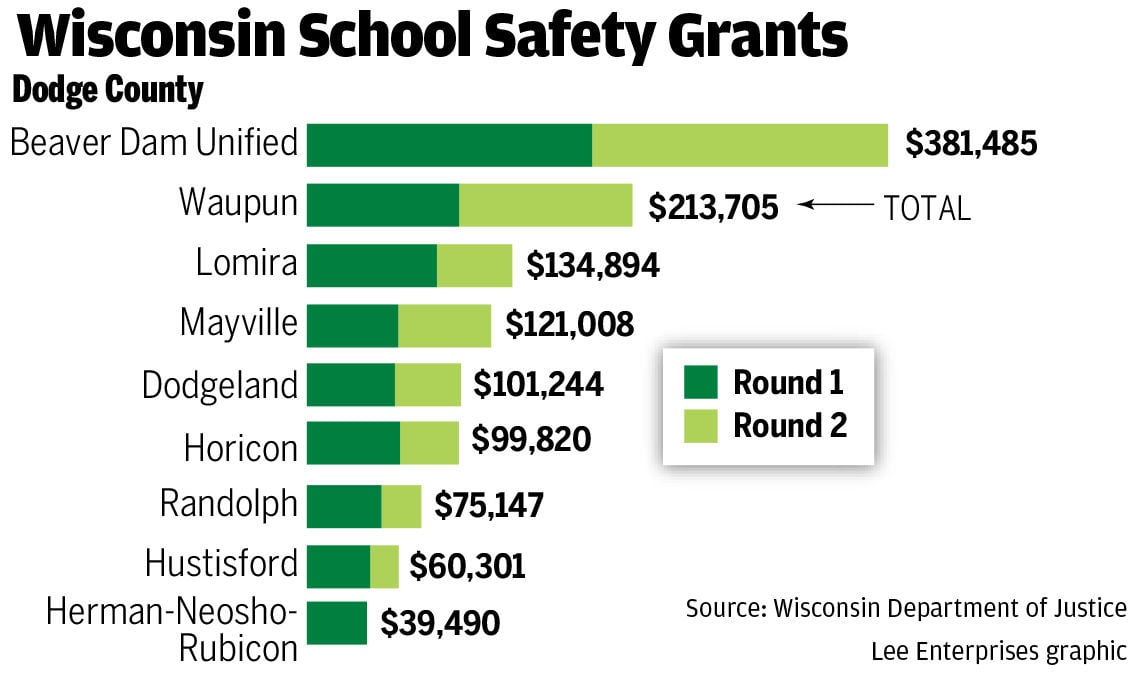