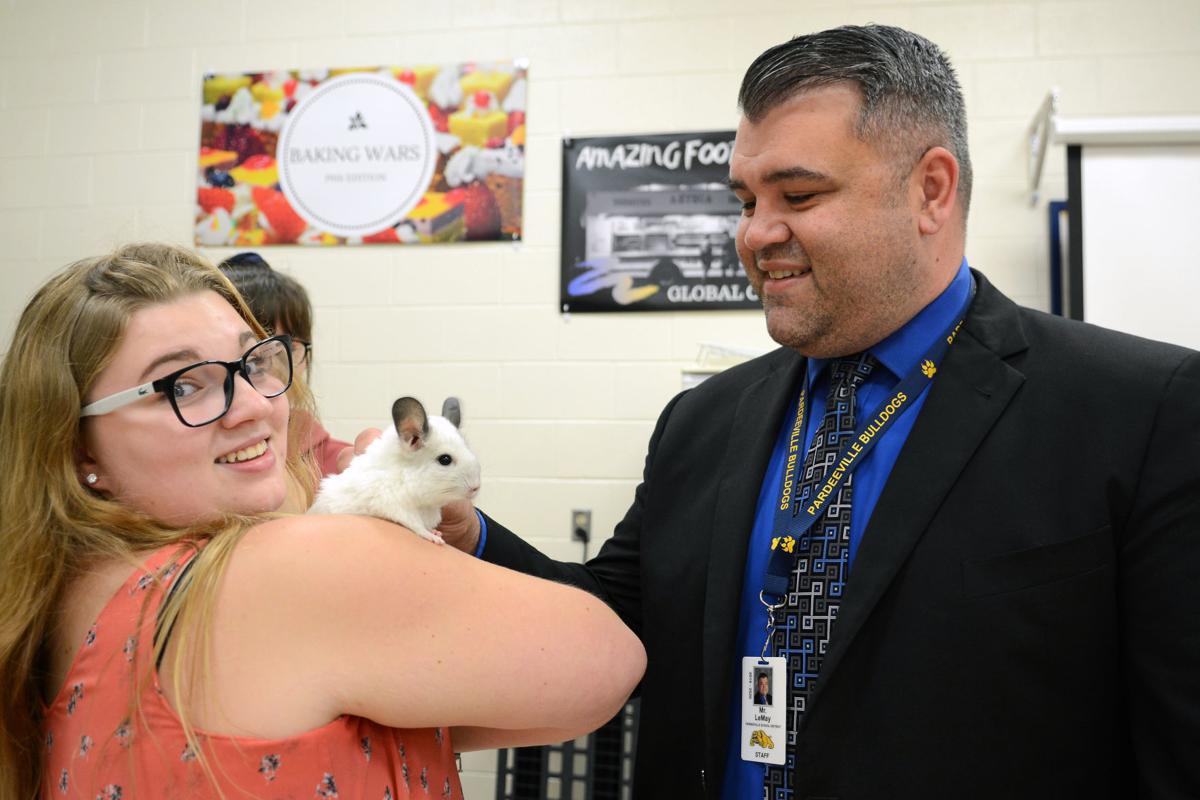 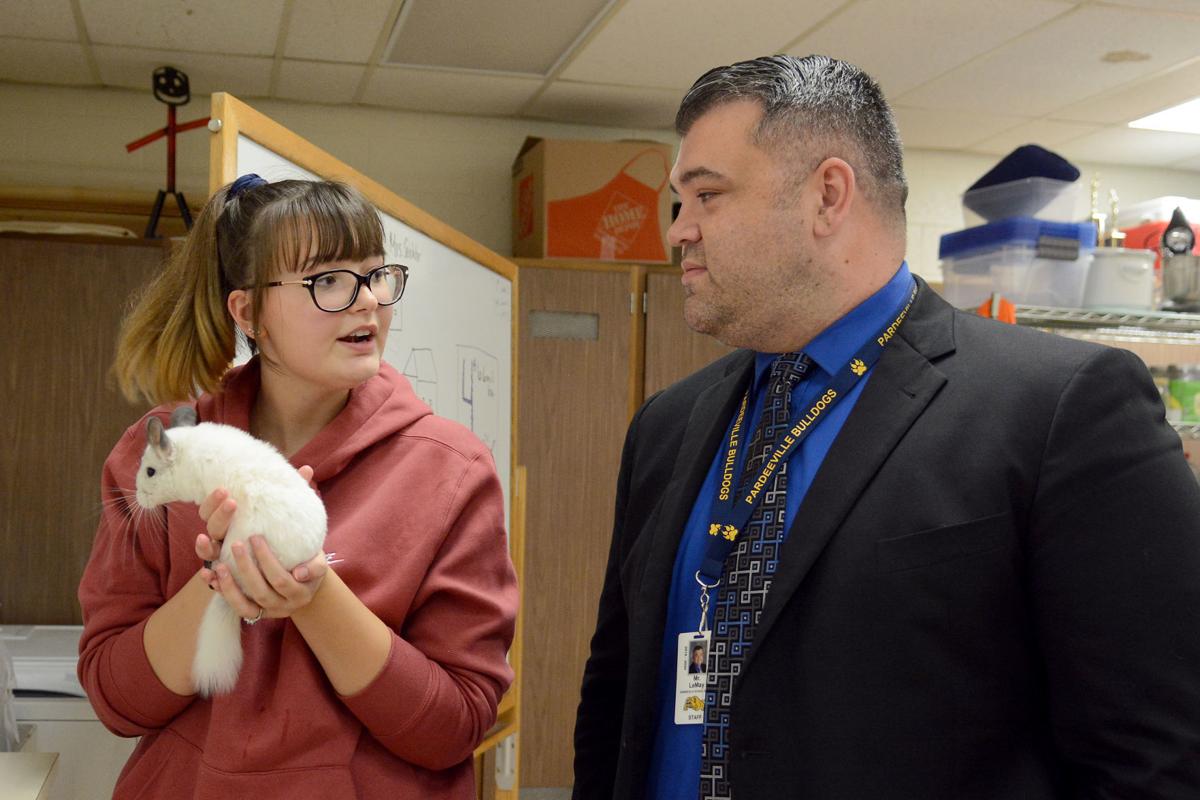 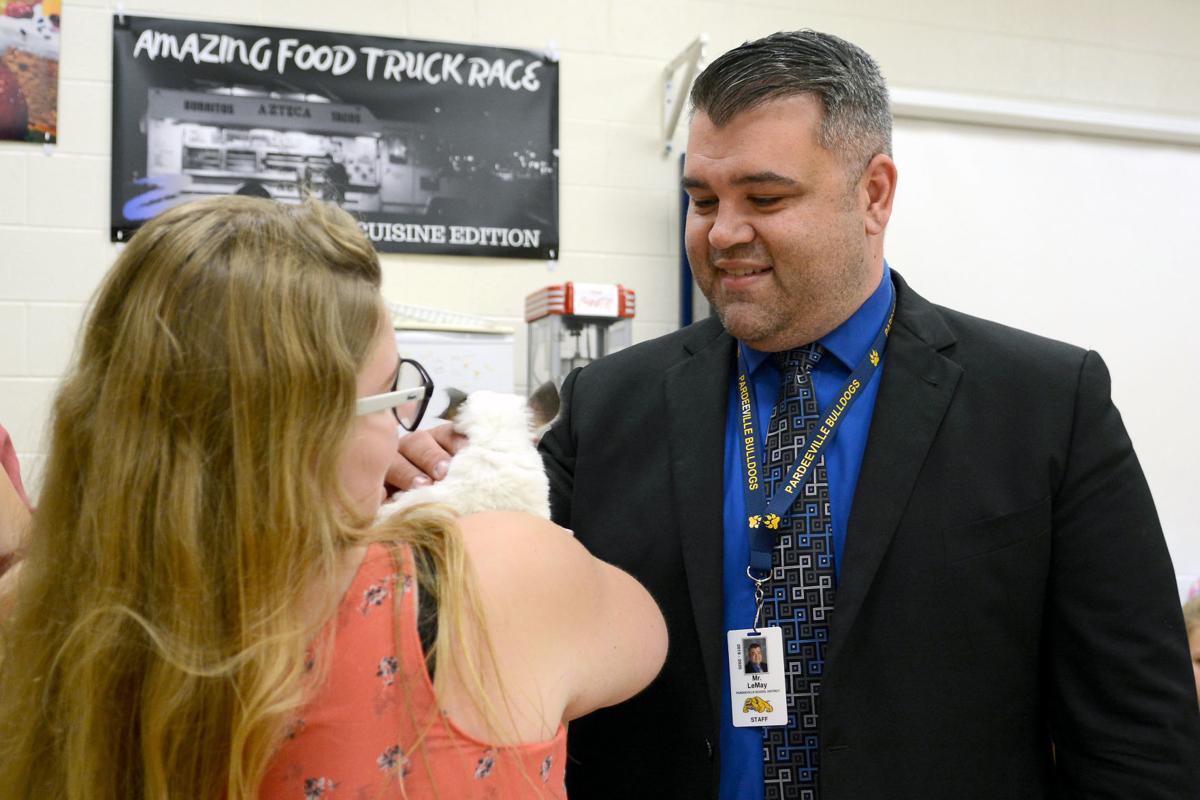 “A lot of things here are the same, but they’ve slightly changed over the years,” LeMay said, noting the school’s new addition, on which he worked during its initial planning, and the technical education program that he helped revive after it was cut.

“It’s really fun to come back now and see all those little seeds that were planted when I was here — to see everything kind of come to fruition now and see all those things be the reality,” he said, crediting Pardeeville Area School District’s teachers, school board and superintendent with following through on various projects.

LeMay, 38, served as Pardeeville High School principal from 2011-16 but left for three years to work as principal at Altoona High School, closer to his hometown of Cadott.

Several factors brought him back to Pardeeville this year, he said. His drive to continually improve and his love of education made the village’s proximity to Madison a draw, because he’s working toward an education specialist license and then plans to pursue a doctorate degree.

But perhaps the main reason to return was his positive experience in 2011, when the school’s veteran teaching staff supported him despite his youth and inexperience in administration.

“Pardeeville is a great community and a great town, and that’s really what drew me back here,” LeMay said.

District Superintendent Gus Knitt said LeMay did “an excellent job” when he first came to Pardeeville. When district staff learned he had applied for the principal position — vacated by Paul Weber, who left this year for a higher position in Wausau — many spoke to Knitt to recommend bringing LeMay back.

As a bonus, LeMay was familiar with the district and had experience rolling out new one-to-one technology in Altoona, which Pardeeville did this year by providing Chromebooks for each high school student.

“There was not a learning curve there,” Knitt said. “He knew the district. He knew how things operated. He knew the staff. … He could come in right away and concentrate on moving those initiatives forward.”

They included the switch from a semester schedule to trimesters. LeMay acknowledged there are kinks to work out with the new schedule, but said everything has been going well since classes started last week.

“It’s a learning process,” LeMay said. “I always tell the teachers and the kids that it’s all about continuous improvement. You always want to make things better.”

He taught high school English for seven years and served as an administrator for eight, gaining several licenses along the way.

“I’ve been in school over 30-plus years,” he said, adding that he tells students, because he still attends classes in Madison, “I must really like going to school because I can never get myself out of the building.”

He said he likes being a principal, especially at the high school level where he gets to see students progress for four years, send them off at graduation and — in one case — hire them as they start careers in education.

Noting the importance of a well-rounded education, LeMay said he plans to focus on reading proficiency and student mental health. The district already has exceptional facilities and offerings, he said.

“Probably the biggest goal that I have for this year is to keep us kind of ahead of the curve on what are the things that we can accomplish as a small district that sets us apart from other places,” he said. “Because when I was here before, I thought that was probably our biggest strength — was that we’re a small school and we have a lot of large-school opportunities.”

Knitt noted LeMay’s ability to collaborate well with teachers and listen to their concerns. Students and parents also respected him, Knitt said.

“It’s a pleasure to have him back. He’s helped us get off to a great start here at the high school,” Knitt said.

Teams learn from each other at Portage cheer camp

Pardeeville teacher resigns as state investigates remarks made to students