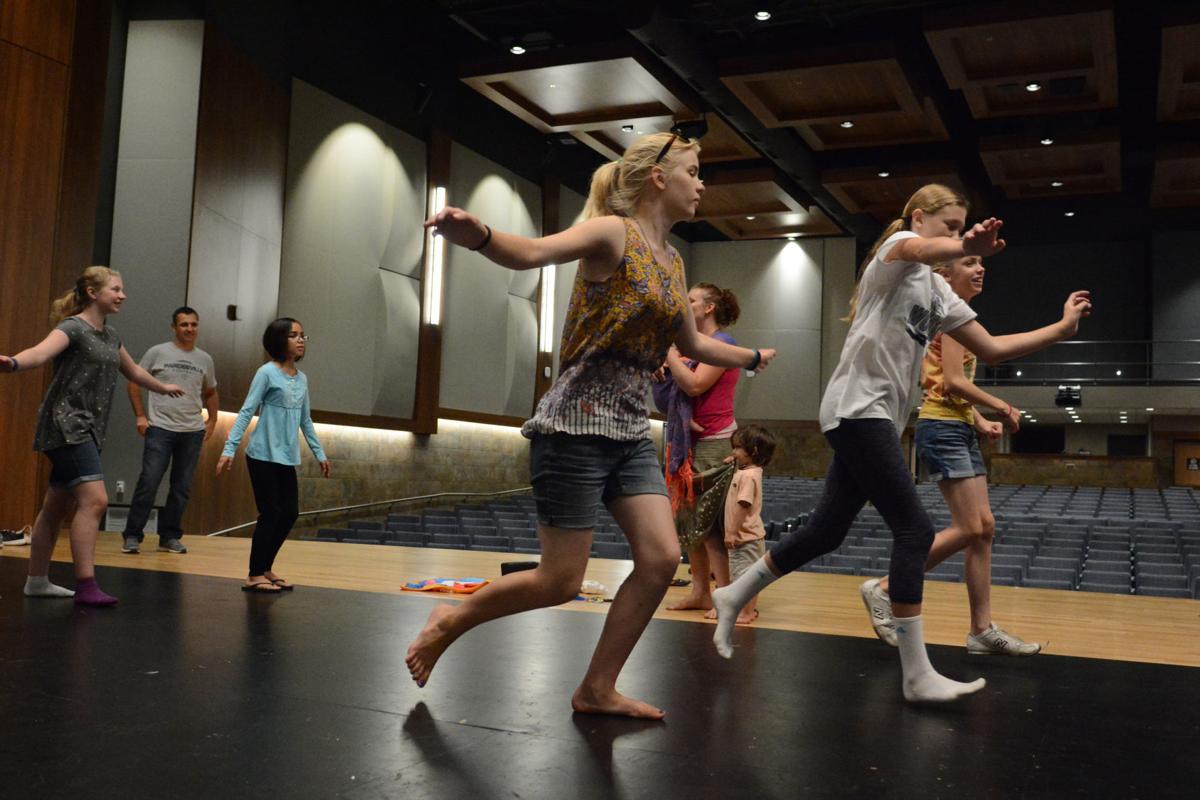 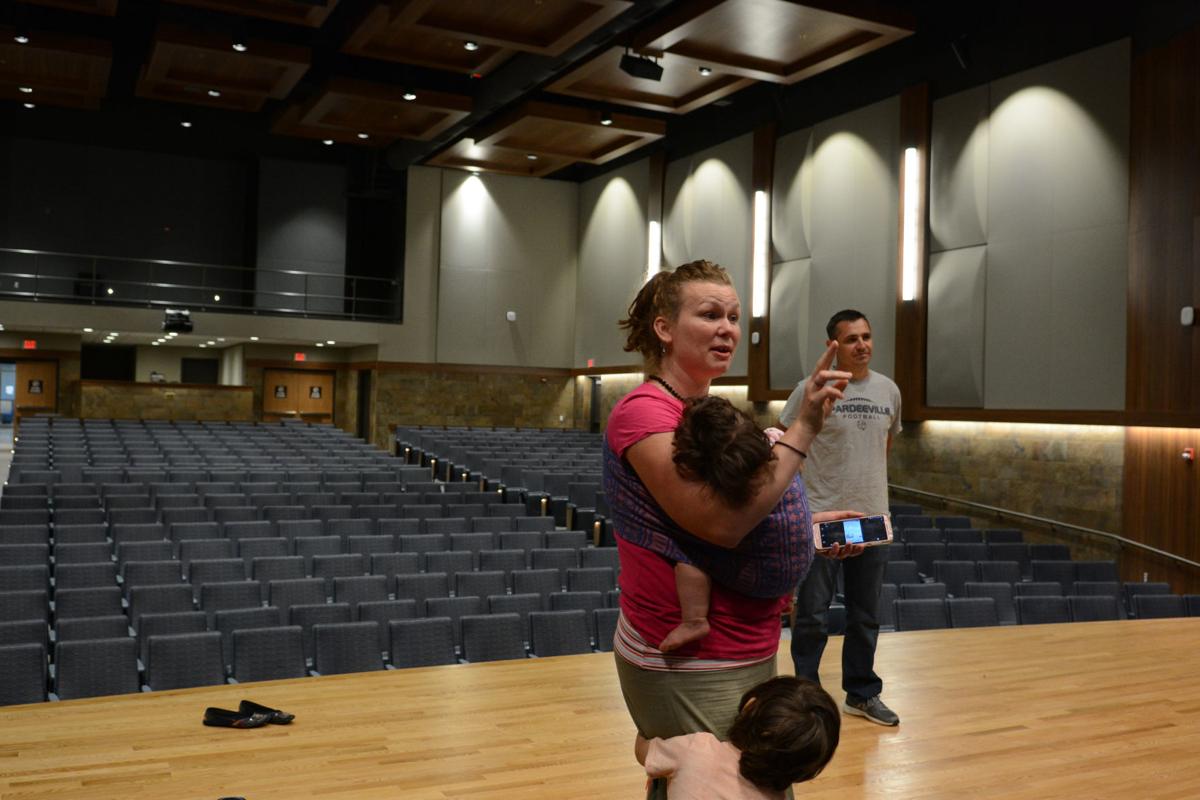 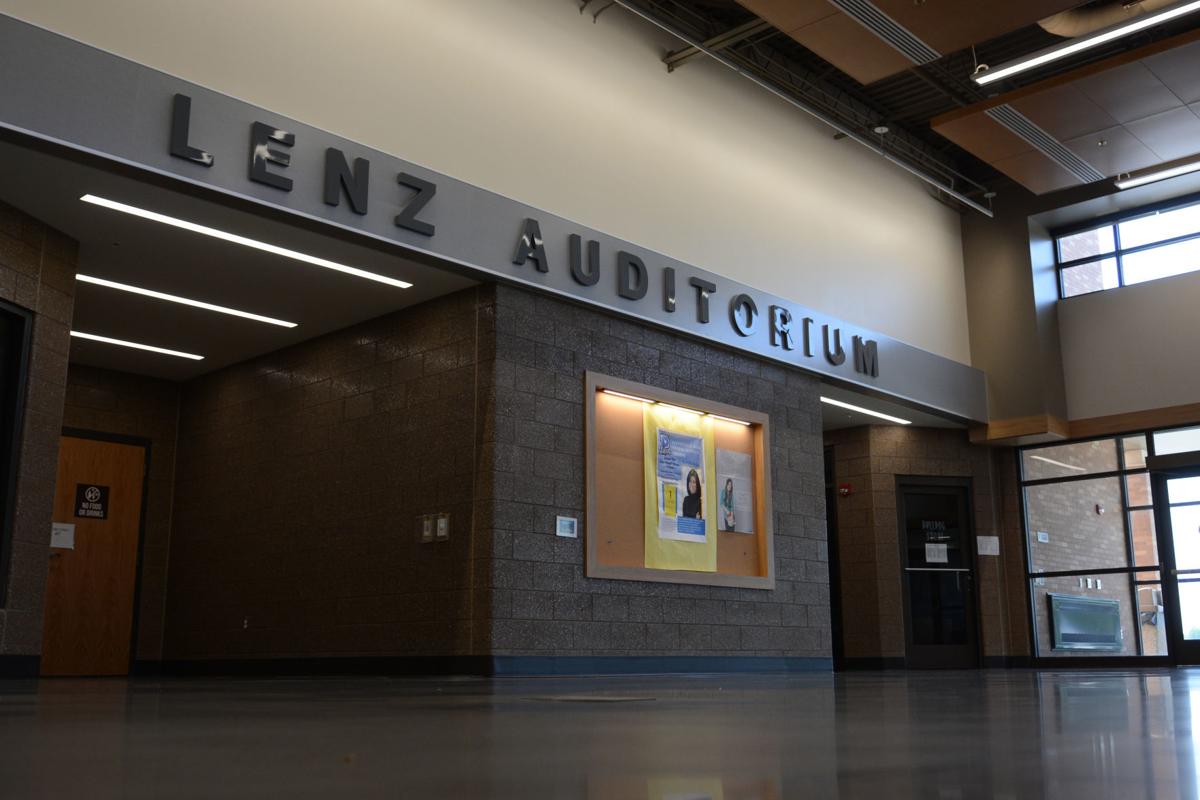 Eight middle schoolers attempted to stay in a “V” formation, flapping their arms and moving around the stage as a flock of birds last week. The summer school class practiced that exercise along with others meant to teach students how to work in concert with fellow actors.

A veteran theater student and soon-to-be eighth-grader, Katherine Rieckman, said she loves drama for allowing her to express herself in different ways. The 35,000-square-foot Lenz Auditorium, housed in the high school addition, allows for bigger props, better sets and more space to move around, Rieckman said.

“It’s amazing, because the stage in the elementary is way smaller and you couldn’t do as much as I think we’re going to be able to do (here),” she said during a 4-hour class on stage last Tuesday.

Bronte Hulberg, who will start sixth grade this fall, agreed the auditorium beats the previous performance space in the elementary school gym, which she said gets too hot. This is Hulberg’s first time taking a theater class, but she said she likes it.

The students will showcase what they’ve learned during the two weeks of summer school by performing a piece they wrote themselves at 7 p.m. Friday, Martinez said. She already led a week of drama classes for 24 elementary students, which also ended with a performance.

Martinez said she’s hoping the “much, much bigger stage” will increase interest in performing arts and increase community offerings.

“I think it’s really beautiful,” Martinez said of the new performance space. “It’s got a lot of potential, and it really shows that there is an investment in the community. I’m excited to see what that investment brings, honestly.”

In addition to the 500-seat venue, the $11.9 million construction referendum paid for a new middle/high school band and choir room, new administrative offices, an expanded high school parking lot and middle/high school renovations. Martinez said she was looking forward to having a separate space to build sets and store costumes.

This year will be her first full year leading the theater program, though she has directed plays for Pardeeville for the past two school years. Martinez took over after longtime drama director Lorrie Fundingsland died last summer in a car accident.

The drama club’s first play of the year is scheduled for the last week of November, Martinez said. She wants to add some other activities, including a school staff performance taught by students.

Construction for the new addition began in April 2018, and finished in time for a dedication and musical performance May 4, according to District Superintendent Gus Knitt.

Named for June Lenz, who taught business education at Pardeeville for 42 years, and her husband, Edward, a veteran and local business owner, the auditorium includes plaques in the lobby commemorating major project donors. They include the Lenz Charitable Trust, former band teacher Paul Ulrich, Hometown Bank, the Pardeeville Community Car and Truck Show and the Fourth of July Committee.

Pardeeville School Board President Margo Pufahl said earlier this year the new auditorium is “obviously the biggest thing that’s happened in the school in a long time.”

“It’s about time that the fine arts students got something for their talents to show,” Pufahl said, “and they are doing an exceptional job of it.”

Students enjoying the fruits of construction in Pardeeville

PARDEEVILLE — Completion of Pardeeville’s performing arts auditorium has surprisingly little to do with floor plans, concrete or steel to the …

The things Lorrie Fundingsland kept in her office at Pardeeville High School spoke to the people who sorted through them Monday and Tuesday.

Pardeeville Elementary School Principal Mary Kamrath doubled down on her nickname of “the book fairy” this summer when she started riding her bike around the community to give free books away to every child she sees. So far, she's given out more than 1,000.

Students at Pardeeville High School and Pardeeville Middle School will start their first year under a six-period trimester schedule next week, a change from eight-period semesters that school leaders hope will help lessen student stress.