Voters in the Portage Community School District will decide in November whether to approve another five-year referendum to help the district meet its operational costs.

If passed, the ballot initiative would allow the district to collect in property taxes up to $3.7 million over the state-imposed maximum, known as a revenue limit, for each of the next five years. It would start in July 2021, replacing the current $2.6 million per year referendum that ends after this school year, said District Administrator Josh Sween.

“Looking over our books for the last 10, 15 years, we’ve been very fiscally responsible with the money in the district, and so we go out to referendum and we ask for this money because it helps us continue day-to-day operations,” Sween said.

Sween and business director Peter Hibner emphasized that the district would only levy as much as is needed each year.

“We always make the commitment to only tax and spend what is necessary, so just because the money is available — we always have that balance of what are our students’ needs and meeting those but also taking into account the taxpayers’ ability to pay,” Hibner said.

District officials have been considering a new referendum since before the coronavirus pandemic brought unexpected costs to schools everywhere, he said. He noted the measure does not address expenses related to COVID-19, which the district plans to cover through a combination of federal emergency aid and existing general fund reserves — at least for this year.

Once the current referendum ends, Hibner said the district needs to replace that revenue with even more to make up for continued rising operational expenses and a loss of revenue from declining enrollment.

The school board unanimously approved going to a referendum election Monday, according to District Administrative Assistant Suzi Hemler.

Portage voters have approved the district’s last eight ballot initiatives. Most recently, a five-year referendum passed in April 2016. According to the district, it has levied under its maximum available amount in 14 of the last 17 years.

“Our community has a fantastic history of being supportive of the public schools,” Hibner said.

The board also approved Monday the 2020-21 budget, which will be presented to the public for approval at the annual meeting Sept. 21.

“This is the budget that will go to the annual meeting, but we get a lot of information after the annual meeting — some big factors,” Hibner said, including the final student count in September, property values and state aid in October. “But these are our best estimates, and in the past our estimates have been pretty accurate.”

Hibner is expecting enrollment to go down by about 40 students this year because the district has had some kindergarten classes come in at lower numbers than the recent graduating classes. Other factors that could affect enrollment remain unknown, such as the effect of the pandemic and the district’s adoption of a hybrid learning model with a virtual option.

He noted that the state’s expected contribution to schools also could change, given the current economy and potential losses in tax revenue caused by the pandemic.

Private schools in Baraboo and Portage are preparing to begin this school year in person five days a week without a virtual option, unlike the…

Taste of Portage 2020 canceled due to COVID-19, will celebrate 30th anniversary next year

The Taste of Portage has been cancelled for 2020 due to COVID-19 gathering concerns.

Columbia County is considering giving hazard pay to its employees who are directly exposed to COVID-19 on the job.

City clerks say they have seen a significant uptick in the number of people requesting absentee ballots for Tuesday’s election.

Portage schools to evaluate curriculum this year with a focus on equity, cultural responsiveness

Rather than a day off, Martin Luther King Jr. Day might become a day of service or an assembly day on civil rights for Portage students, as pa…

Portage looking good on substitute teachers this year, but shortages common every year

The majority of substitute teachers employed by the staffing agency used by the Portage school district are “ready to come back to work,” acco…

The Portage school district is projecting its lowest tax rate in at least 15 years as local electors approved the proposed $12.02 million tota… 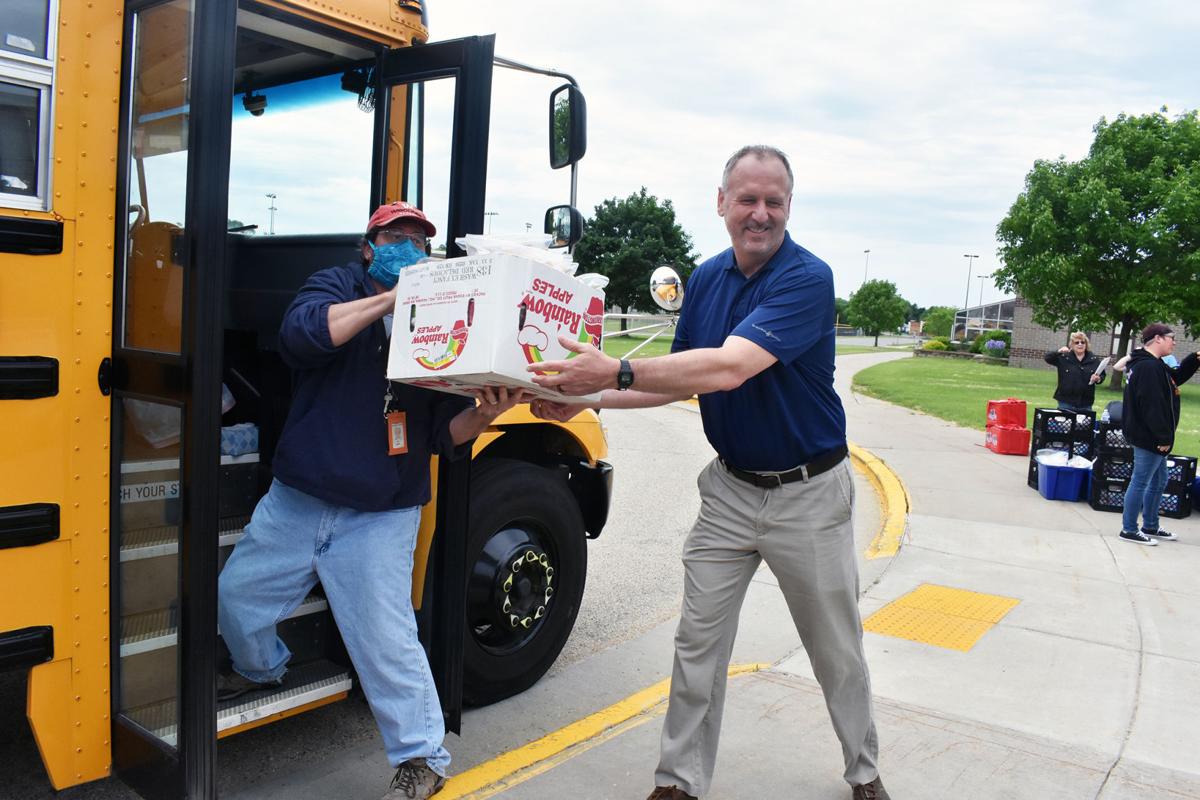 Portage Assistant Superintendent Peter Hibner hands a box of student meals to paraprofessional Mark Deakins on June 1 outside of Portage High School. The school district will be asking voters to approve a five-year referendum in November. 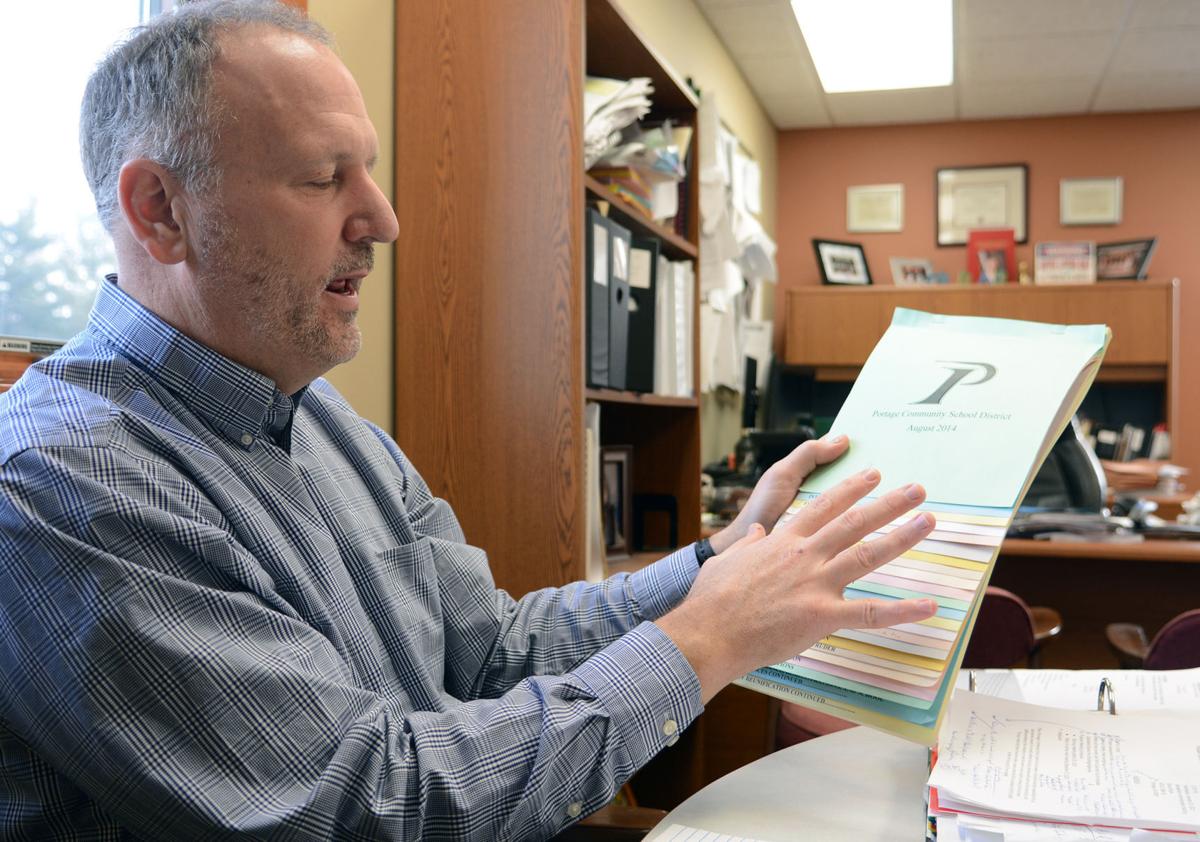 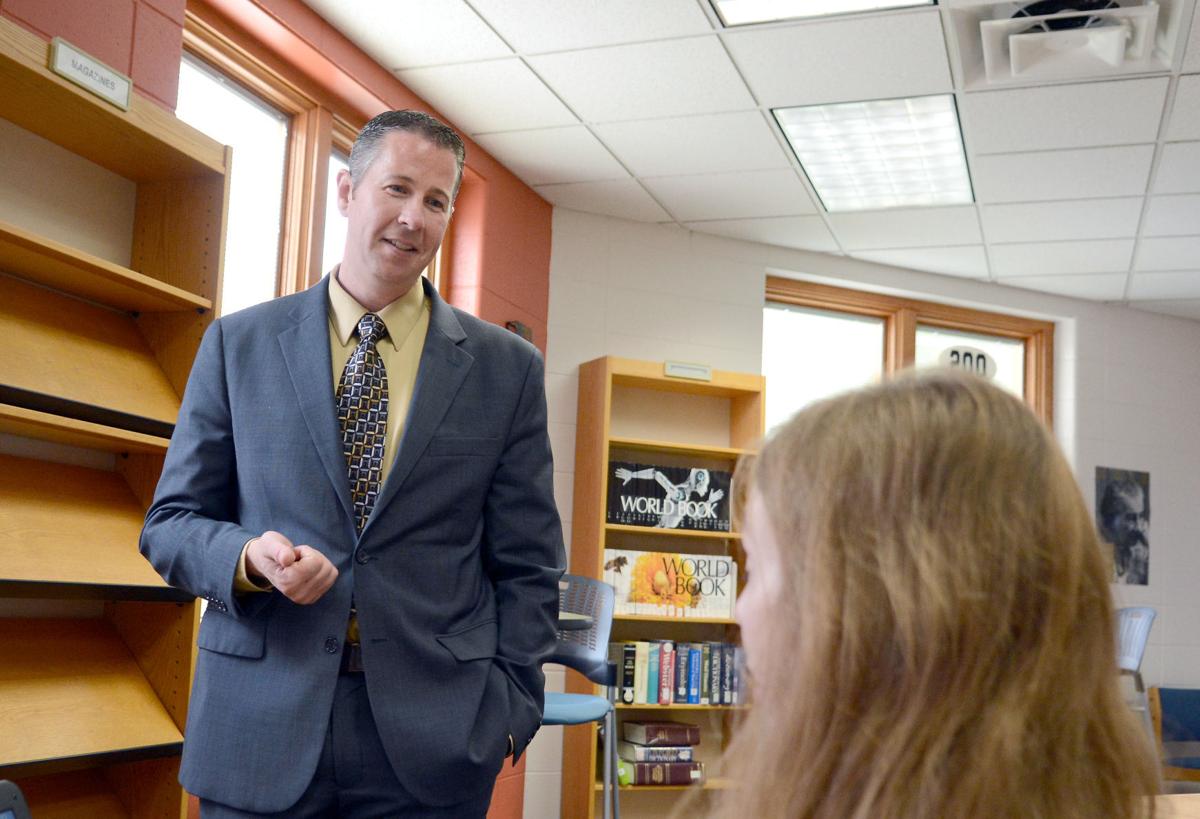