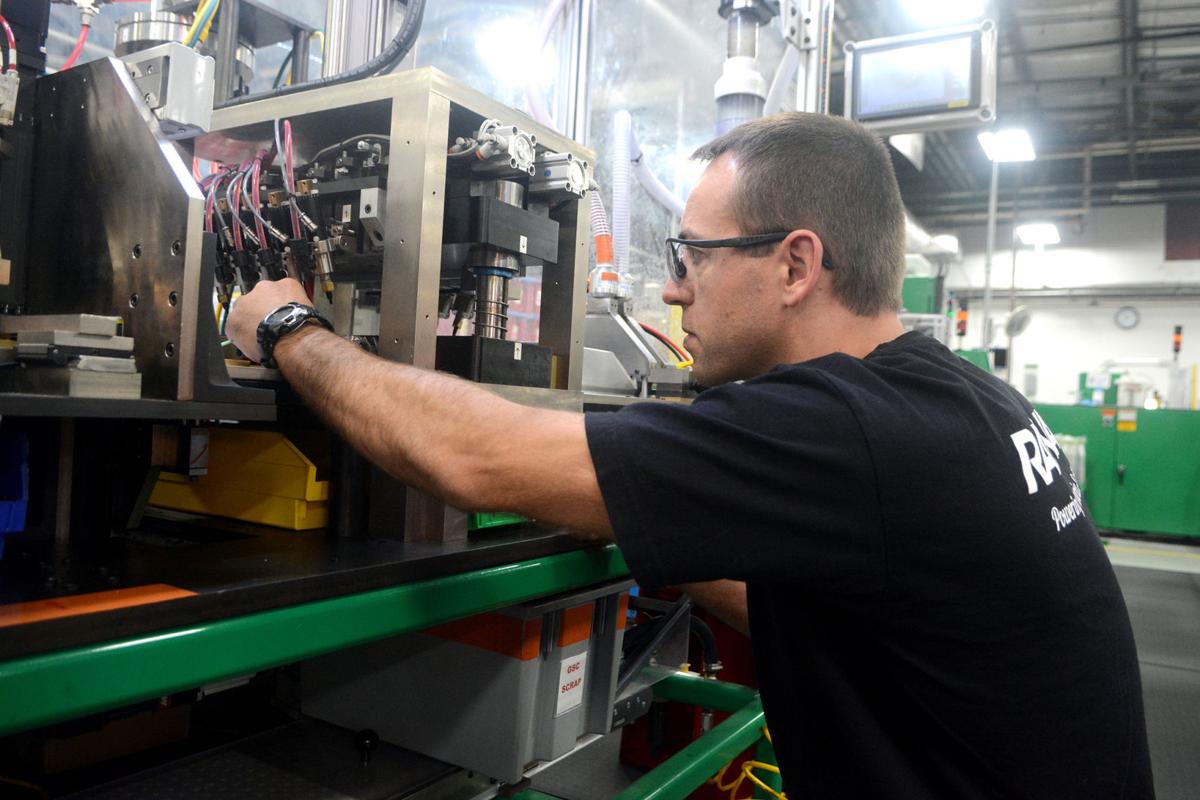 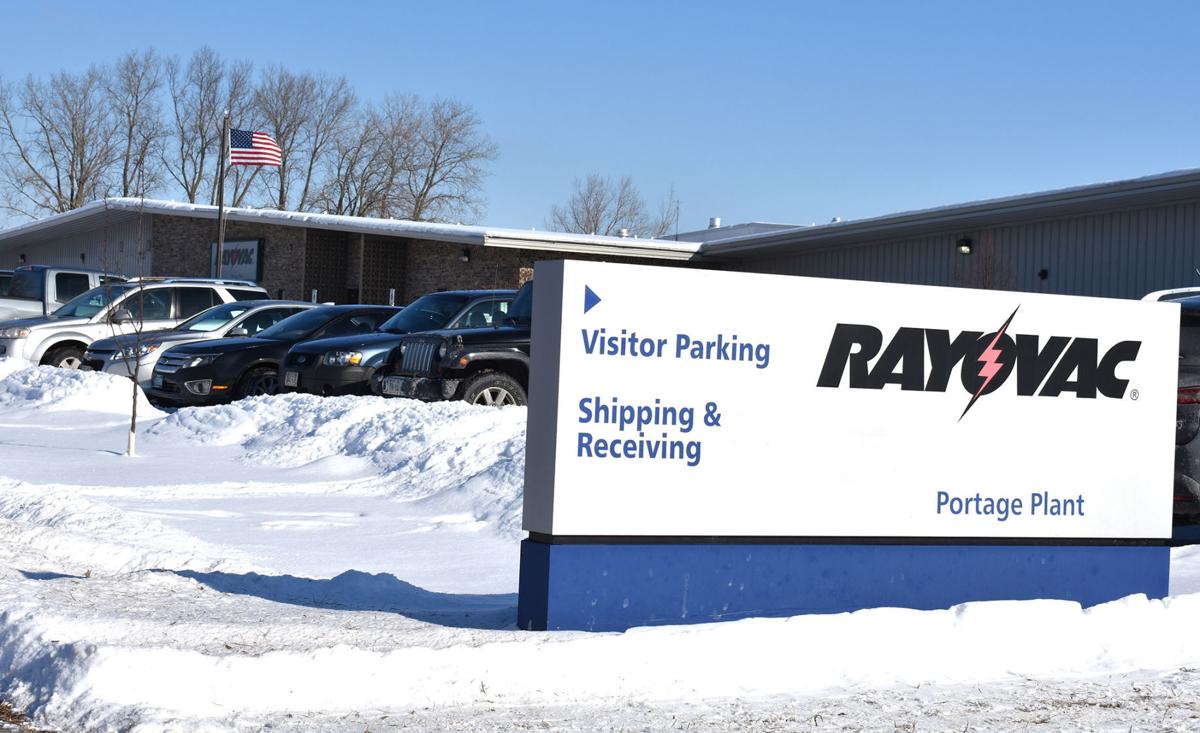 The Portage Rayovac plant has been sold to Energizer Holdings by Spectrum Brands as part of a $2 billion transaction.

One household name in the battery business acquired another Tuesday when Spectrum Brands sold Rayovac to competitor Energizer Holdings.

Middleton-based Spectrum Brands Holdings announced a $2 billion agreement with Energizer, in a sale of all its battery businesses, including Varta. Energizer and Spectrum officials expect the deal to close before the end of this year.

Energizer spokeswoman Nikki Eaves told the Daily Register in an email that Tuesday’s announcement is “just the first step in the process and it is too early to speculate on potential changes to the combined workforce or footprint” of the battery plants in Portage and Fennimore.

The Fennimore Rayovac plant employs about 300 and produces AA and AAA alkaline batteries.

“Prior to the close of the transaction,” Eaves continued, “Energizer and Spectrum’s battery and portable lighting business will continue to operate as independent companies and it is business as usual.”

The Portage plant began operations 54 years ago, making mercury cells before it moved from its downtown location to Portage Road in 1977. Since 1982, the Portage plant has specialized in producing zinc air cell batteries used for hearing aids, batteries that account for about 98 percent of the plant’s production.

Steve Sobiek, the city’s director of business development and planning, said Tuesday he’s optimistic the company will remain in Portage.

“Portage is the perfect location for the plant. We live in a global economy, and we expect (Rayovac to stay) for the same reasons that Saint-Gobain — a multinational company — chose to invest $30 million here when they could have invested anywhere.”

The biggest draw is Portage’s high-quality workforce, he said.

“Rayovac has been an extremely important corporate citizen in the Portage community,” Sobiek said. “We hope that relationship will continue. They’ve contributed to our economy in so many ways.”

Spectrum Brands spokesman Dave Prichard said Spectrum and Energizer appear to be “many months away from closing the deal,” and that the Rayovac plants in Wisconsin won’t see any changes for now.

“We understand the anxiety that announcements like this create among employees,” Prichard said. “We’re all human beings. It’s an uncertain time for the folks in Portage.

“We expect Portage will continue to operate at the top of their game, which is what they’ve always done.”

Earlier this month, Spectrum announced Rayovac would introduce a new line of hearing aid batteries to be made in Portage, called PRO LINE Advanced. The new batteries are said to last longer and are easier for consumers to handle.

“It’s a valuable asset, a global business,” Prichard said of the Portage plant earlier this month, noting then that about 60 percent of the hearing aid batteries produced in Portage go outside of the U.S., to markets in Canada and Latin America. “As the population continues to age and hearing loss continues to grow, more countries are realizing that hearing loss can be prevented.”

Energizer is based in St. Louis. It said in a statement that Spectrum Batteries generated $866 million in 2017 revenue.

“The acquisition of Spectrum Batteries represents a compelling strategic, operational, and financial fit for Energizer,” said Alan R. Hoskins, chief executive officer of Energizer. “The combination will enable us to leverage Spectrum Brands’ manufacturing assets, significantly expand our international business and enhance our long-term brand building capabilities as we broaden our portfolio with the Varta and Rayovac brands and our geographies with Spectrum Batteries’ passionate global colleagues.

“We have great respect for Spectrum Batteries, and the strong business its colleagues have built, and are excited to bring together the talented colleagues from around the globe from both organizations to drive our business to new heights.”

Spectrum Brands sold the battery business in an effort to reduce debt and reinvest in its other businesses, which include products in hardware and home improvement, home and garden, and auto care.

“Today’s announcement is a culmination of our efforts to sell the battery business in order to refocus Spectrum Brands and enhance shareholder value,” David Maura, executive chairman of Spectrum, said in a statement. “While we have a long and proud heritage in the battery business, this is a key part of our reallocation of capital strategy towards a faster-growing and higher-margin Spectrum Brands.”

“We are focusing our portfolio to strengthen our business and drive long-term growth and shareholder value,” Spectrum CEO Andreas Rouvé said in a statement. Spectrum Brands is “pleased to be selling to owners who can deliver the necessary resources and market expertise, and provide strong support for our people and the business’ future growth plans,” he said.

“We understand the anxiety that announcements like this create among employees. We’re all human beings. It’s an uncertain time for the folks in Portage. We expect Portage will continue to operate at the top of their game, which is what they’ve always done.” <&textAlign: right>— Dave Prichard, Spectrum Brands spokesman

“We understand the anxiety that announcements like this create among employees. We’re all human beings. It’s an uncertain time for the folks in Portage. We expect Portage will continue to operate at the top of their game, which is what they’ve always done.”

The Portage Rayovac plant has been sold to Energizer Holdings by Spectrum Brands as part of a $2 billion transaction.