Bucking the recommendation from the Airport Commission, common council members voted 6-2 during their meeting Thursday to seek out a site for a new airport that would likely be either east or north of the city limits.

After more than two years of gathering information from the public and experts in aviation planning, the Airport Commission had pushed for the option which would make the airport compliant with current safety standards and upgrade the existing airport.

Council member Mike Charles initially moved to accept the recommendation, but after nearly an hour of conversation, rescinded his suggestion and instead decided to embrace the pursuit of a new airport. That process could take roughly 20 years.

After a virtual public hearing held before the meeting, council member Mark Hahn said the option to build new was the only one to consider.

“I’m not in favor of spending the amount of money in option number A,” Hahn said. “The airport does not get improved at all. It’s not going to bring anymore people here, in my opinion, just because of the size of the runway. And if we really want to make an airport that is going to grow, hopefully with the city, I think we have to look at expansion.”

In Option A, which was suggested by the Airport Commission, the airport master plan would be implemented for $8.6 million in airport improvements with roughly $660,000 in costs to the city. Much of the work would address current safety issues with the airport and bring it back to FAA compliance, Watson said. The work would be done over a 10-year period, but estimates for the cost do not consider inflation rates.

Improvements would ensure that the airport would meet FAA standards it is currently not meeting due to its runway length and tall objects which block the airfield, Watson said. Its primary and crosswind runways need to be improved and hangars and terminals need to be replaced to be compliant with safety standards. Improvements would shorten the usable length of the airport.

According to Phase 1 of the master plan, one of the runways has not had major rehabilitation work completed since it was rebuilt in 1996. The other, according to state records cited in the report, has not received major work since its original construction in 1948.

By becoming compliant, the airport would remain eligible for federal funds and usable for local businesses and recreational flyers.

Option B outlines the closure of the airport due to its deficiencies. This move would require approval from both the Wisconsin Bureau of Aeronautics and the FAA. Watson said some issues could arise with officials based on how much government funding the airport received.

Option C explores the possibility of a new airport site. A study to search for usable land would begin. A number of tests would need to be performed and it would require official approval. If any authorities disapprove, the city would then have to reconsider the first two options.

Council member Allan Radant was one of the dissenters and said he solely supported permanently closing the airport. The purchase of land by the city for a new airport when he had previously served as a council member was never used, so he did not want to pursue a new site but also did not favor fixing the current one.

“Unfortunately, I can’t support this at all,” Radant said. “I can go with Option B and just closing the airport down.”

Director of Public Works Aaron Jahncke said the city purchased that land before gaining FAA approval and that it has “substandard soil” and had more than one environmental concern. City Administrator Shawn Murphy said he has a copy of the letter in which the aviation authorities “called us on the carpet for not going through them.”

Council member Eric Shimpach also voted against it, citing costs as a concern and said he felt funding could go toward other projects throughout the city.

In adopting Option C, the city will still need to evaluate needed updates to the current airport because of its use in the interim of studying whether a new structure can be built. Jahncke said during that process the city will likely end up working with other government agencies, like Columbia or Marquette County, because the new airport will not be built within city limits.

As the Jan. 5 deadline to file nomination papers to run for local office approaches, two members of the Portage Common Council announced they …

Columbia County’s medical examiner was terminated in January after speaking publicly about being asked to resign, the county’s human resources… 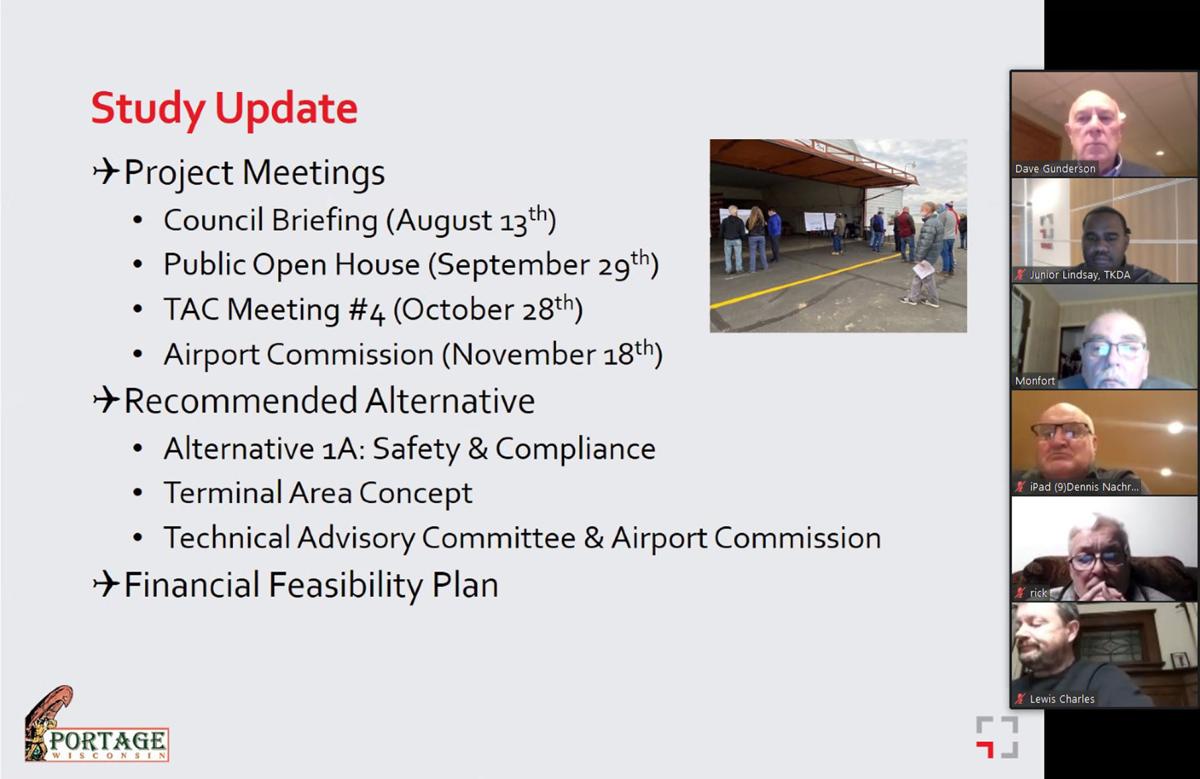 Members of the public, city officials and those involved in the project plans attend a virtual presentation Thursday about the future of the Portage Municipal Airport before the Portage Common Council met to vote on it.

Group Manager of Aviation Planning Marcus Watson, of engineering and architecture planning firm TKDA, explains the options that can be taken by city officials during a virtual presentation on the municipal airport Thursday. 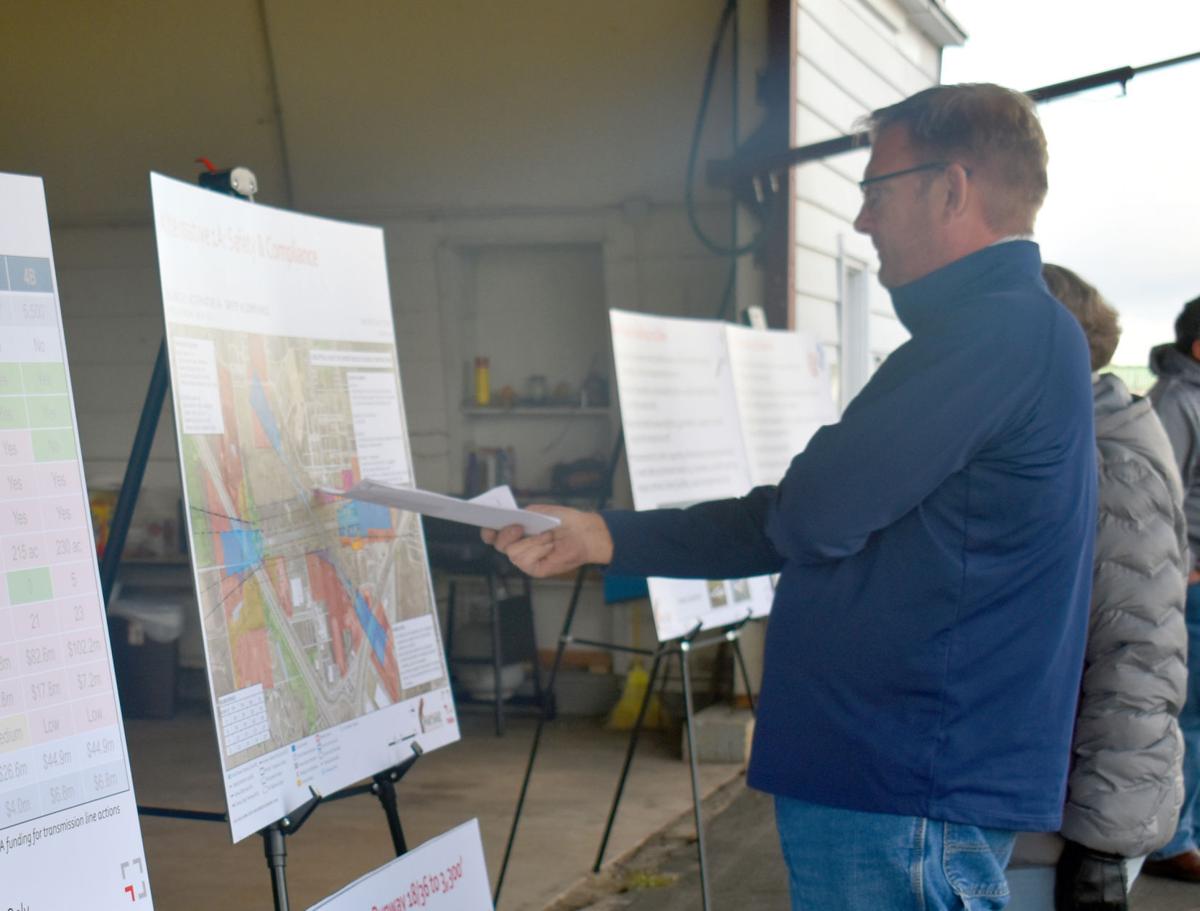 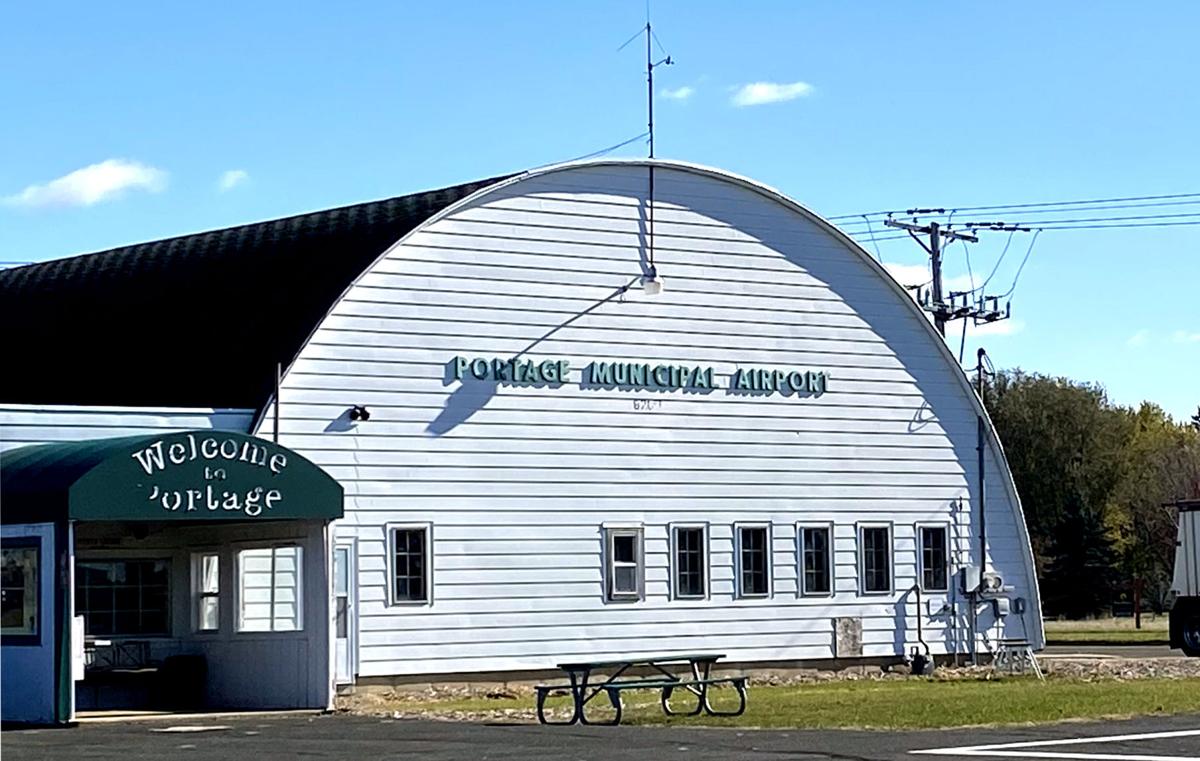