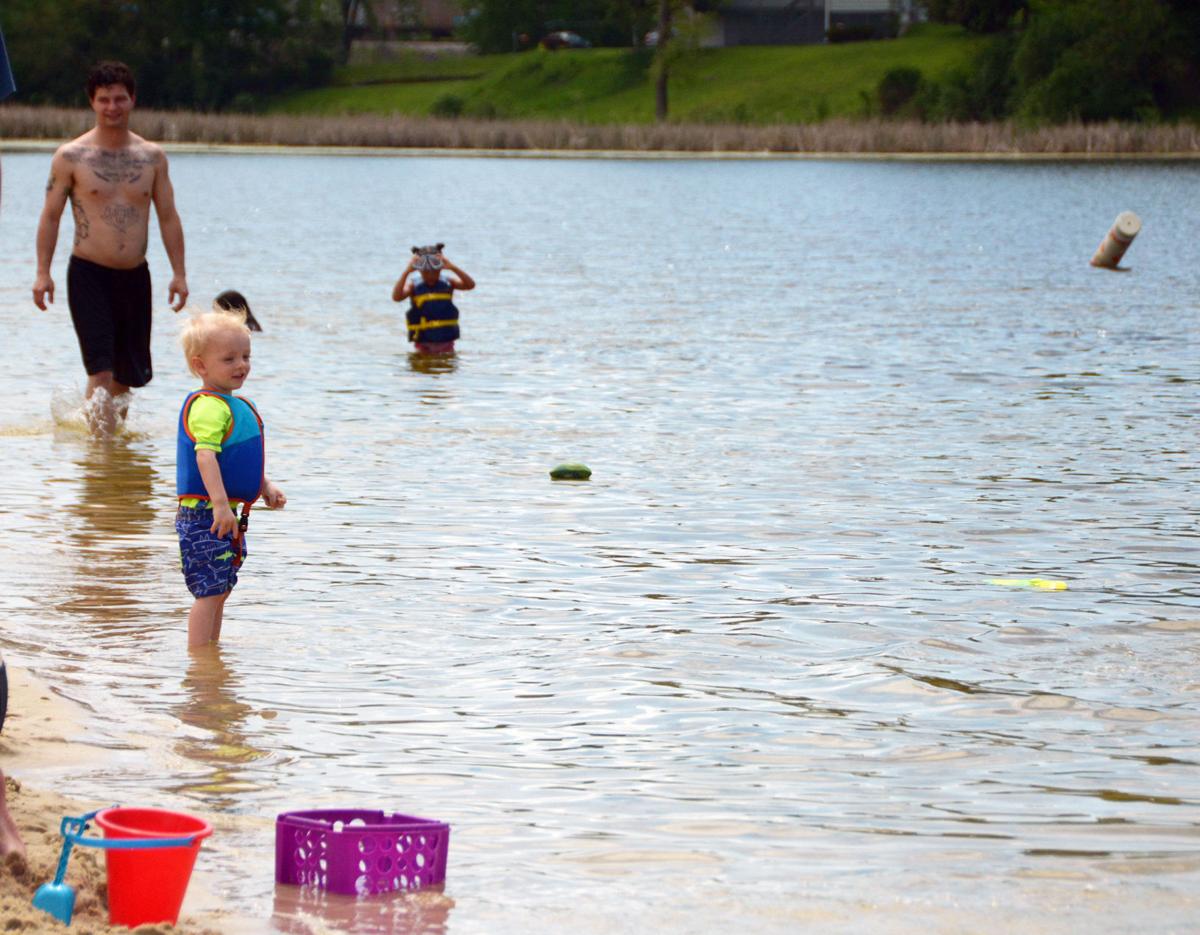 Oliver Houeter, 1, of Portage, surveys Silver Lake from the beach's edge in May. 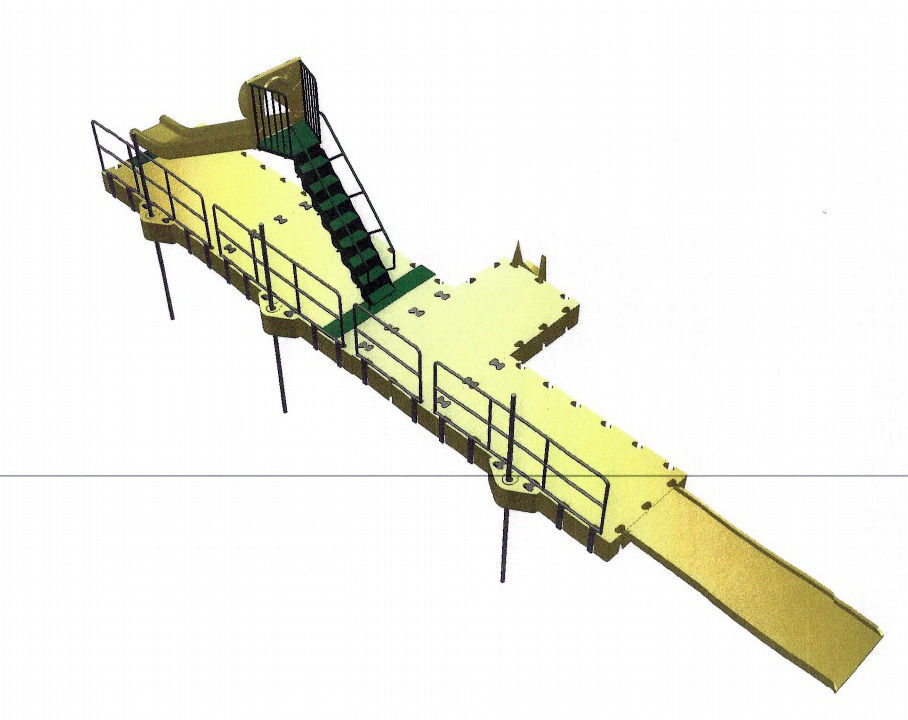 Planners are considering two options, one of which is this rendering of a dock with the attached slide, to install at Silver Lake Beach by its May opening. City officials have teamed up with Positively Portage, a local charitable trust, to pay for the addition.

City officials are teaming up with Positively Portage, the Portage Area Community Charitable Trust, to purchase a new dock that would have a slide that leads to the water as early as May, said Park & Recreation Department Manager Toby Monogue.

“We would look to purchase it through the city, so basically get a donation from Positively Portage and put it into our donation account,” Monogue said. “Then turn around and make that purchase.”

There are two options still being considered for the structure, which would extend 45 feet into the water before the beginning of the slide, which would extend to the end of the other side of the dock where users would enter the water. The slide resembles a playground piece, with railings along the stairs, a platform and an entry shoot at the top.

Monogue said there are potential offers from Deano Dock & Lift LLC of Poynette and Manke Enterprises of Lodi. While Manke is still evaluating what type of slide to put forward as an estimate, Deano Dock projected it would come at a cost of roughly $22,000 once sales tax was removed for the city.

Members of the Park & Recreation Board agreed to allow city officials to move forward, along with Positively Portage representative Sean Malone, with the details of the project.

Plans currently allow for the dock to be installed on the right side of the roped area of the water as a beachgoer looks toward the lake, but Monogue said it could go on either side, depending on what they deem is safest.

Board President Brian Zirbes said he was hopeful planners could move quickly enough to have the dock and slide installed by the opening day of the beach in May. Members unanimously approved of moving forward.

Member Mike Charles said he wants to see the dock installed on the right side of the ropes to ensure monitoring of the area more easily by lifeguards.

“Even though it’s not necessarily their duty to, they could look over that area of the parking lot where everybody does swim and we had that incident two years ago,” Charles said. “I don’t think having a lifeguard at that particular spot would have saved that individual’s life, but I think anything we can do to help that along… Plus, then it would be more visible at night for vandalism.”

Monogue said the first year of its installation should be done by professionals, but that in the future, parks staff could do it once they’ve learned the process at the end of the season.

He also pointed out “there is going to be some potential risk involved” in placing a structure there throughout the time the beach is open. He said he has spoken to Portage Police Chief Keith Klafke about measures to monitor the space. Once lifeguards leave, children can end up using the slide improperly and injuring themselves, which Monogue said he wanted officials to keep in mind. The city is not liable for those types of behaviors, he said.

Charles said he knows of misbehavior on other structures in the lake years ago. Zirbes said he agreed, noting that some people swim across the lake at night. They agreed a sign cautioning against misuse was necessary, but agreed the chance of misconduct is always present in structures like the slide.

“Risk is nothing new,” Charles said. “We can’t let that stop us.”

Fishing on a 'school day'

Nice weather for the park

Psaki on gasoline shortage: 'The end is in sight'

Psaki on gasoline shortage: 'The end is in sight'

Hoping to entice prospective residents to Portage, the city is partnering with a New York-based company to produce promotional videos, an effo…

Oliver Houeter, 1, of Portage, surveys Silver Lake from the beach's edge in May.

Planners are considering two options, one of which is this rendering of a dock with the attached slide, to install at Silver Lake Beach by its May opening. City officials have teamed up with Positively Portage, a local charitable trust, to pay for the addition.