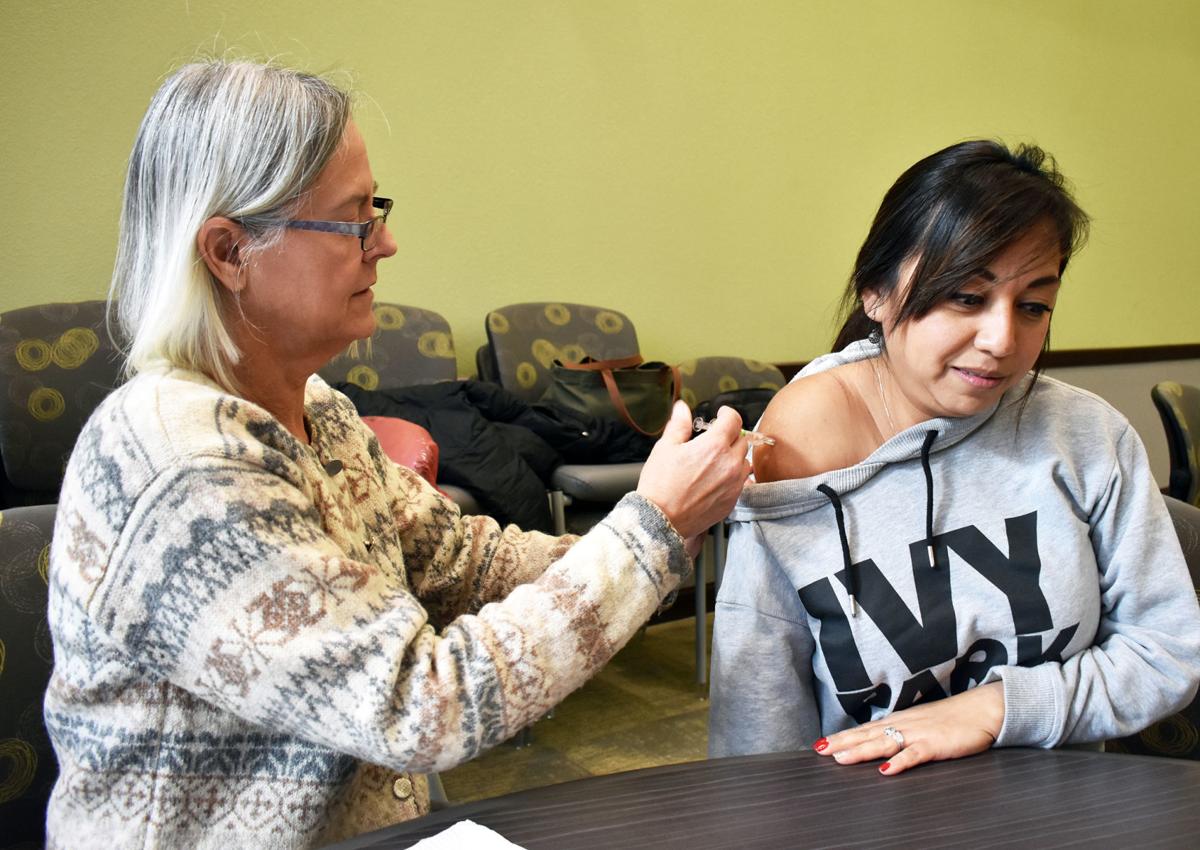 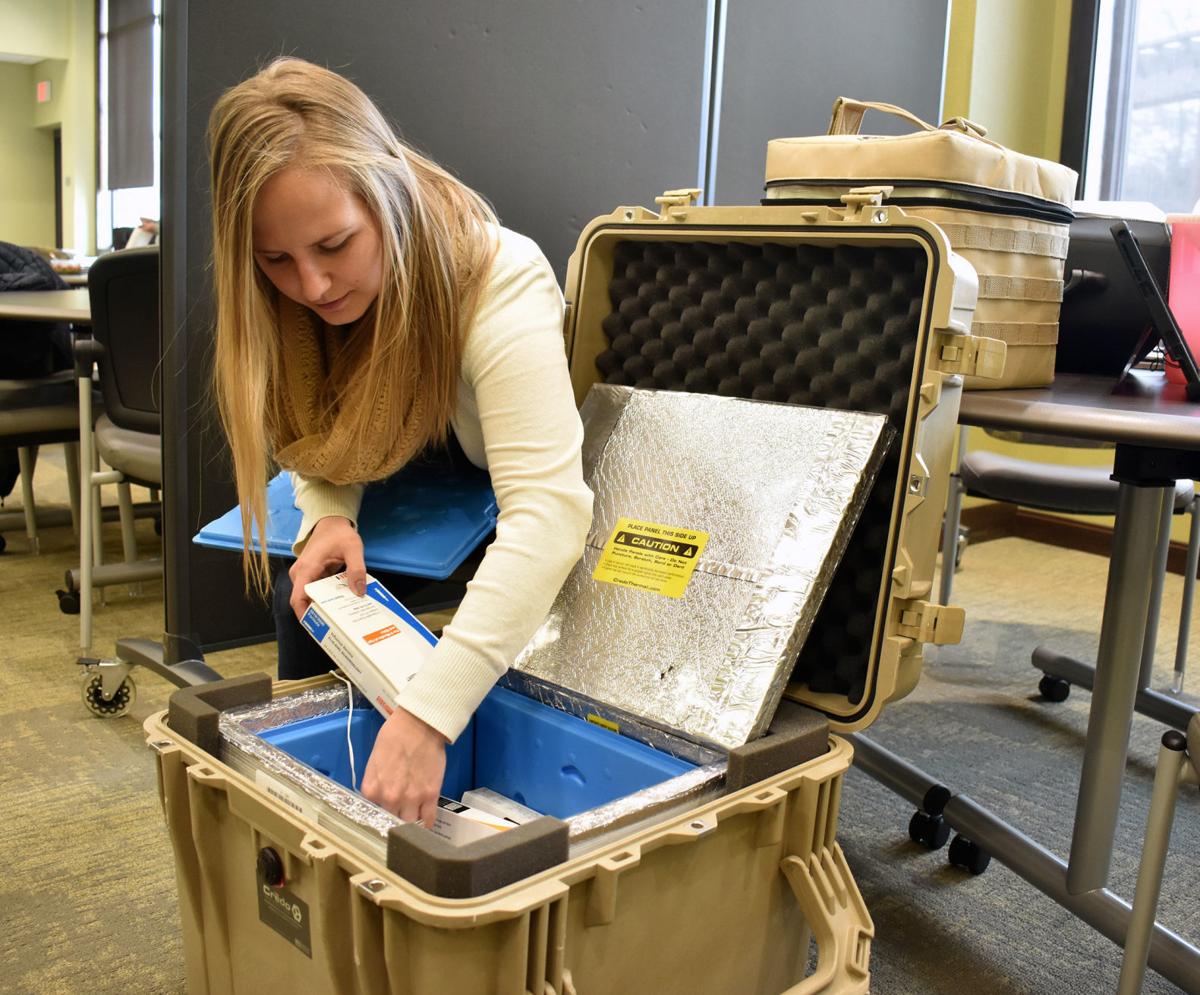 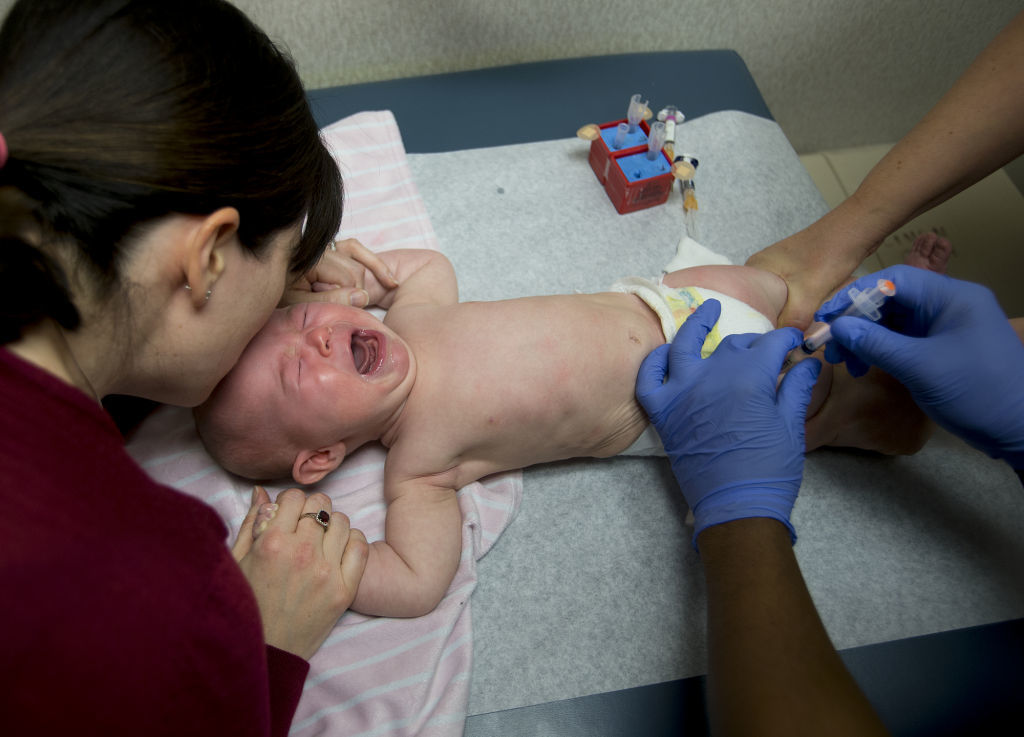 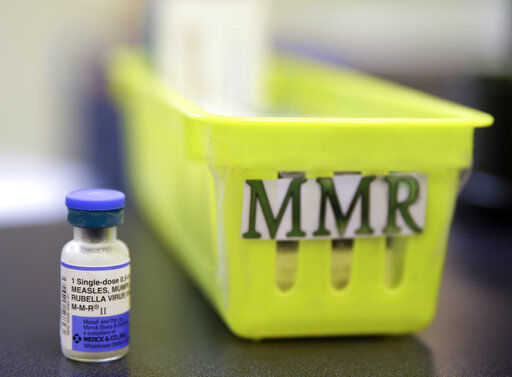 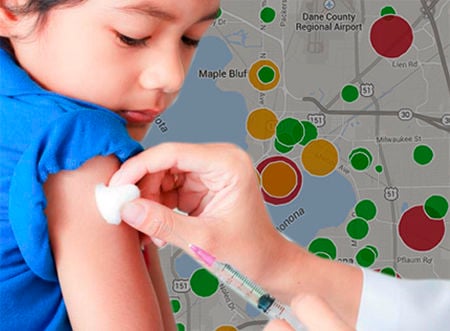 Only 65.59% of 2-year-olds in Sauk County were considered “up to date” with the recommended vaccinations in 2018, down nearly 3% since 2013, according to the state Department of Health Services. Being up to date means they completed the “combined seven-vaccine series” that guards them against preventable diseases like measles, Hepatitis B, diphtheria, tetanus, whooping cough and more.

“We were in the high 80s and low 90s when I started 15 years ago,” Barbara Walsh said of her time as a nurse with the Sauk County Health Department. “The current numbers are startling.”

“All local health departments in our state have a common goal to reach 90% or higher,” Columbia County Health Officer Susan Lorenz said. “I am concerned.”

Adequately protecting a community from most vaccine-preventable diseases, sometimes referred to as “herd immunity,” requires a population to be immunized at a rate greater than 80%, Walsh and other public health employees said. Adequate measles protection, however, requires at least 93% protection, and recent measles outbreaks elsewhere in the U.S. have only magnified concerns about the low local rates.

“It is the role of public health to work with our medical providers, our parents, our schools, everyone, to increase these rates,” said Carol Quest, the health officer for the city of Watertown’s Department of Public Health. “We definitely have some work to do.”

Local health departments focus on rates for the combined seven-vaccine series for children because children are among the most vulnerable to vaccine-preventable diseases, Quest and others in public health say. Knowing the rates for 2-year-old children will help them predict the immunization rates for school-age children, all the more concerning as Wisconsin sees a steady increase in parents opting out of vaccinating their children in schools.

“Our rates are worse than South Sudan’s (Africa),” Ann Lewandowski said of immunization rates for 2-year-olds in Wisconsin. “It really puts things in perspective, for me.”

Lewandowski is the program manager for the Southern Wisconsin Immunization Consortium that serves Columbia, Sauk, Grant, Green, Iowa, Lafayette and Richland counties. The Rural Wisconsin Health Cooperative’s SWIC program aims to improve the rates of childhood immunizations by such measures as expanding access to vaccinations at regional pharmacies.

Lewandowski also serves on the Sauk County Immunization Coalition that formed under Walsh in 2015.

“I have multiple sclerosis and can’t get certain vaccines,” Lewandowski said of why the work is important to her. “I depend on community immunity, and so do many others.”

Why is this happening?

Reasons for low immunization rates in the region seemingly include a higher number of busy, working parents who might not realize their children are behind schedule; rural challenges such as limited access to vaccines and medical services, as well as limited transportation options; and a trend that public health employees call “vaccine hesitancy.”

“It is my experience that hesitancy to vaccines is increasing,” said Dr. Maureen Murphy, an SSM Health family medicine physician in Wisconsin Dells and Baraboo. “There is a lot of wrong information that spreads on social media.”

Murphy, a doctor for 35 years, says she talks to parents who express hesitancy on a weekly basis, more often than ever before. Popular misconceptions, she said, include the idea that the flu vaccine will give you the flu.

“The flu vaccine is a dead virus — if you get the flu immediately after getting the shot, it’s because you were exposed to the virus three or four days prior,” Murphy said.

Recently, Murphy had a family ask her questions about flu vaccines. They had never gotten the shots due to their concerns but were expecting a child soon and were “open to hearing what I had to say,” Murphy said. She assured them of the vaccine’s safety and warned them that babies cannot get flu vaccines until they’re 6 months of age.

“I never pressure anyone,” Murphy said. “But I go over the facts and explain to them how the majority of flu deaths are in children under 2 and the elderly. The ones in the middle, if we don’t get immunized, we can spread it to those groups.”

Murphy said such conversations are a community’s best defense against wrong information. She blames much of vaccine hesitancy on an article written by Dr. Andrew Wakefield and published by The Lancet medical journal in 1998, which suggested a link between autism and the measles, mumps, and rubella (MMR) vaccines.

The medical journal completely retracted Wakefield’s study in 2010 but the damage was already done, Murphy said. “It’s not rational. It’s a groupthink mentality, where, even though (the article) has been disproved, it persists.

“It still gets cited. People still believe it.”

Conviction waivers on the rise

The health department estimates 700 students attend Sauk County schools without the appropriate vaccinations and that 23 of its 53 public and private schools sit below a desired 95% immunization rate.

Low rates, Lawther said, “put children at risk for getting these diseases or for passing them on to the others who are vulnerable, including those undergoing cancer treatments.”

Wisconsin is one of 15 states that allow parents to get vaccination waivers based on their personal convictions, which have risen from 1.2% in 1997-98 to 4.6% last school year, while the rates for religious or medical waivers remain steady, according to the state DHS.

“The first dose for measles protection is 90% effective but that’s not enough,” Walsh said of children who miss out on the booster offered in kindergarten. The Centers for Disease Control and Prevention recommends all children get two doses of the MMR vaccine, starting with the first dose at 12 through 15 months of age, and the second at 4 through 6 years.

“It will happen in our state,” Lawther said of the measles outbreaks. “We’re at risk.”

What is being done?

Dodge County Partners in Prevention is an immunization coalition that formed more than 10 years ago, Quest said. Most of its work is in educating vaccine providers about vaccine schedules or changes to immunization practices.

Like all immunization coalitions in the region, Partners in Prevention holds regular training and education sessions for the entities authorized in providing immunizations, Quest said. Attendees of these sessions include doctors, nurses, pharmacists, school and business leaders, parents and more.

“This is how community health works: Everybody is part of the public health system,” Quest said.

A midyear report by Columbia County Health and Human Services shows immunization rates among local children have gone up 2% in 2019, Lorenz said. Columbia County Health and Human Services and the Columbia County Immunization Coalition, which started in 2006, want to see the combined seven-vaccine series rate for local 2-year-olds increased from 71% to 75% in 2019. Local efforts include but are not limited to 600 mailings issued at least twice a year to families with children under 2 who are behind schedule for vaccines, Lorenz said.

Immunization rates for young children in Columbia County have been “stuck” for several years, said Lorenz, who does not think vaccine hesitancy plays much of a role in the low rates.

“In Columbia County it seems that parents are really good at getting vaccines through their child’s first year,” said Lorenz, health officer since 1992. “(In the first year) we’re at 80-some percent vaccinated in Columbia County, but unfortunately it drops off significantly after that.

“I think we must continue to educate the community about the recommended immunization schedule.”

Lorenz and others in public health encourage residents to access the abundant, parent-friendly information about vaccines and vaccine schedules at the CDC website, and to also visit the local health department websites for times and locations of free immunization clinics.

The Women, Infants, Children program at the Sauk County Health Department recently launched a “satellite clinic” for immunizing people of all ages at the Frank Fischer Senior Center in Lake Delton. More clinics like it are expected to be launched in Sauk County moving forward, an effort to drive up the low immunization rates, Walsh said.

Her Sauk County Immunization Coalition meets every month and “welcomes all immunization champions,” Walsh added. Those interested in learning more may contact her at barbara.walsh@saukcountywi.gov.