It pays $950 per month for its facility on Mill Street, where in addition to providing food, it offers free clothing, free meals on Fridays and coffee hours on Wednesdays.

It asked its community for help.

“We’re so much more than just a box of cereal and mac and cheese,” said Manager Terri Respalje, whose community seemingly agreed. Respalje, within a week of her request in August, became overwhelmed by phone calls and visitors who stopped in and wrote checks and offered to help in whatever way they could.

Now the pantry has enough money saved for six months’ rent in 2020. The spike in support included food drives that about doubled in 2019 compared to previous years.

“We’re still getting checks in the mail,” Respalje said. “Waupun is amazing. They just give and give and give. I guess when a community doesn’t hear from you in a while, they think you’re OK.”

It’s good timing for Waupun, which is among three food pantries in Dodge County that receives some support from the U.S. Department of Agriculture and its Emergency Food Assistance Program, the others being in Beaver Dam and Fox Lake. The number of households they collectively served increased from 6,256 in 2017 to 7,440 in 2019, according to Lisa Williams, unit supervisor of Central Wisconsin Community Action Council.

“That’s an increase of 2,000 people served, and that’s huge for Dodge County,” said Williams, whose organization distributes food from the government to 18 pantries in eight counties including Columbia and Sauk.

Williams said the increases could be related to population growth or government cuts to food assistance in recent years, but it’s impossible to know for certain. The number of households served in Columbia County’s USDA pantries — Portage, Wyocena and Rio — actually decreased from 3,708 households served in 2017 to 3,259 in 2019 and Williams thinks that might be related to the county having fewer children than the others.

Regardless of where you live, “The need is high and always there,” Williams said. “Pantries need year-round support.”

At the Portage Food Pantry, Charles Bradley wants volunteers. He had two of them helping him sort items onto shelving and into freezers and refrigerators on Jan. 8, after Aldi and Festival Foods delivered truckloads of food throughout the morning and afternoon.

Bradley, who chairs the food pantry’s board, carried over the excess cardboard from the loads to a large pile of it located at the front end of the store — more work, he said, which would be handled later on.

“There’s really a lot to it,” Bradley said of the pantry that serves 165 households per month, on average. “We have to weigh the food, stock it and serve it. These loads are heavy and you need all kinds of people for that.”

He estimated the pantry typically has about 40 volunteers — a healthy number depending on the season. Many of them are retired and either travel south for the winters or can’t go out in the cold at all.

Williams said every pantry in her network is dominated by elderly volunteers and could use an infusion of youth.

“We certainly need reliable wintertime volunteers,” said Bradley. “And in the summer, that’s when our food drives are at their lowest, which means we have to scrounge around and purchase more food.”

In 2019, through November, the Portage Food Pantry received 40,000 pounds of food in government commodities and its remaining 87,000 pounds of food came from the community including local businesses. That’s 69 percent of its food coming from the community and the ratio is similar to other pantries in the region including Waupun, which gets roughly 60 percent of its food from private donations.

Generosity is not an issue, Bradley said. It’s the little things that would make a difference.

“If more people would just get used to the idea that we have to throw away the stuff that’s expired, that’d help,” Bradley said of something he’d like to see going forward. “Sometimes a third of what comes in from a drive is expired, and that’s an awful lot of waste.”

Wisconsin Dells Food Pantry coordinator Holly Weber said she’s seen a modest uptick in users of her pantry and there’s potential for more as the Donald Trump administration plans to tighten work requirements for food stamps. Wisconsin Public Radio reported the change could strip benefits from more than 25,000 Wisconsinites and the impact this might have locally remains to be seen.

“We’ve heard already, for a couple of years, from people who have reduced money on their (FoodShare) card,” Weber said of the state’s version of the federal Supplemental Nutrition Assistance Program, formerly known as the Food Stamp Program. “Every person’s situation is so different, and whether it’s federal regulations or state regulations that have changed or something in their own situations that changed, we have no way of knowing and we never ask.”

Those interested in accessing a USDA food pantry can do so on the same day they walk in, Weber said. Workers will show them an income chart with amounts based on the number of people in their household and ask if their amount is greater than or equal to what’s on the chart.

If they qualify, they fill out a registration card and provide identification for themselves and the members of their household. “We don’t ask for payroll stubs or anything like that,” Weber said. “It’s all self-declared.”

Even those who don’t qualify for the pantry won’t leave the premises without food, if they need it, Weber said. Pantries will have food in stock that’s separate from government programming.

Said Williams, “No pantry would ever turn anybody away. It’s not a business; nobody does this to make money.”

Pantry workers also refer the hungry to the Second Harvest Mobile Pantry, where there are no restrictions.

“You just need to come and tell us you’re hungry and need some food,” said Second Harvest spokesman Kris Tazelaar of the monthly Mobile Pantry in Columbia County (Portage, Pardeeville), Sauk County (Reedsburg) and Dodge County (Beaver Dam). The complete calendar for the Mobile Panry program in southern Wisconsin is available at secondharvestmadison.org/partner-resources/mobile-pantry-schedule.

What else do pantries need?

Pantries see the highest number of food drives and monetary donations ahead of and during the holiday season, but Williams and other pantry leaders said they hope more people will learn the need is high in the summertime, too. It’s when children are no longer in school and suddenly their households need more food because they’re home all the time.

Pantry leaders would also appreciate it if more organizers of food drives made time for delivering what’s collected, rather than having the already-swamped volunteers pick up the goods.

The need for food is higher in rural areas because it’s more difficult for these residents to travel, Williams said. Dane County, by contrast, has several pantry options and bus routes for the elderly who don’t drive. It reinforces the need for public awareness, she said, finding ways to ensure those who need food will know what their options are and where. 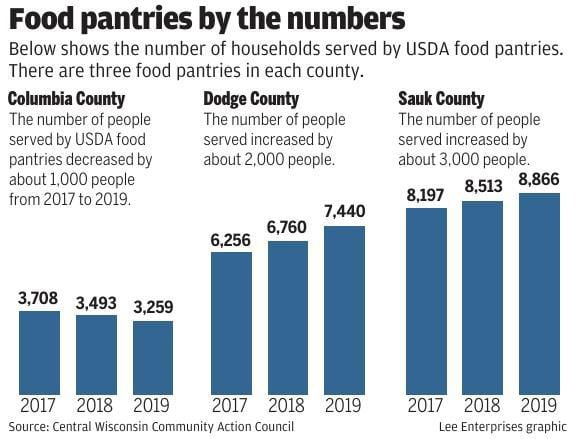 Awareness is also a means for erasing stigma.

“Everybody is one paycheck away from needing assistance at one point or another,” said Williams, who noted a lot of people “won’t use pantries because they’re too proud.”

At Baraboo Food Pantry, volunteer Angie Haler says she and the others do what they can “to make people feel at home.” That means keeping the facility clean, comfortable and understanding “that it could easily be one of us.”

Said Weber, “In the blink of an eye something might happen that would change your whole situation and you’d need help. It could even be me. It’s not for us to judge.”

IN DEPTH: Successful startups utilize resources, capital and some luck

Half of new businesses in America fail within their first five years, according to U.S. Small Business Administration.

To Marianne Hanson, growth and vibrancy were the common themes of the Portage Area Chamber of Commerce’s awards ceremony, which meant there we… 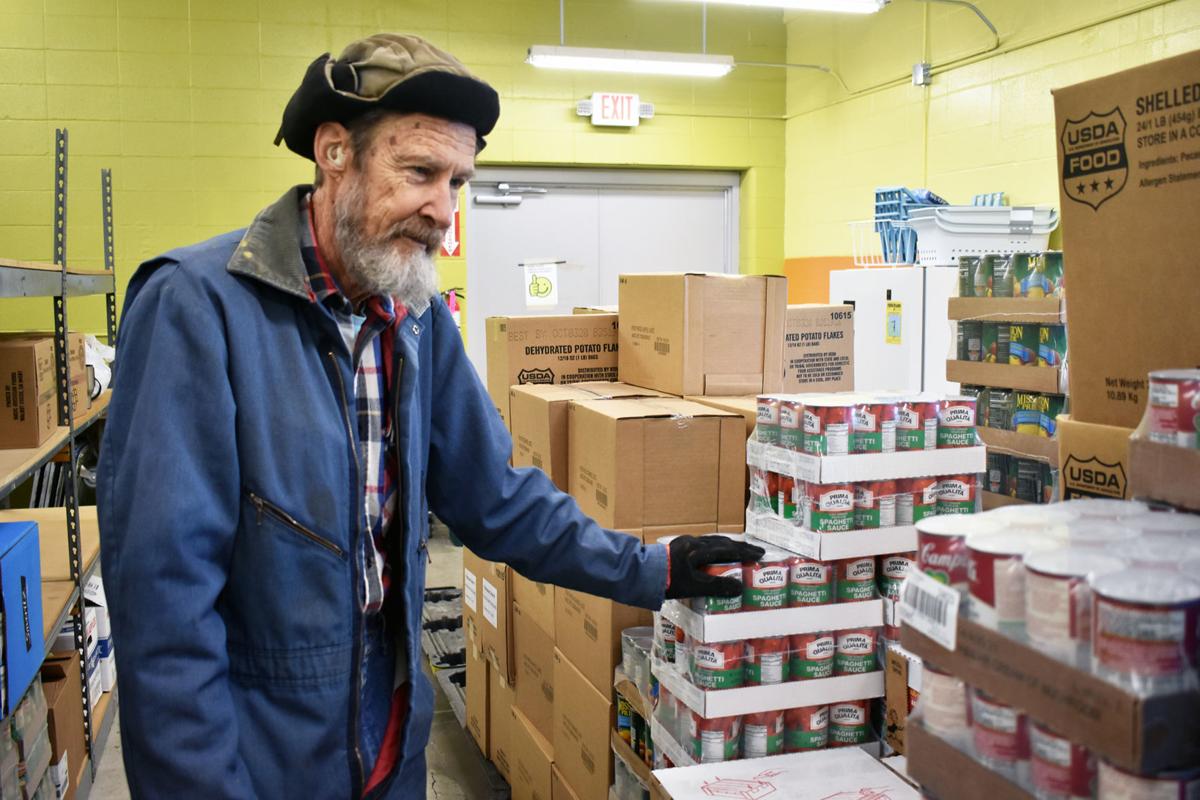 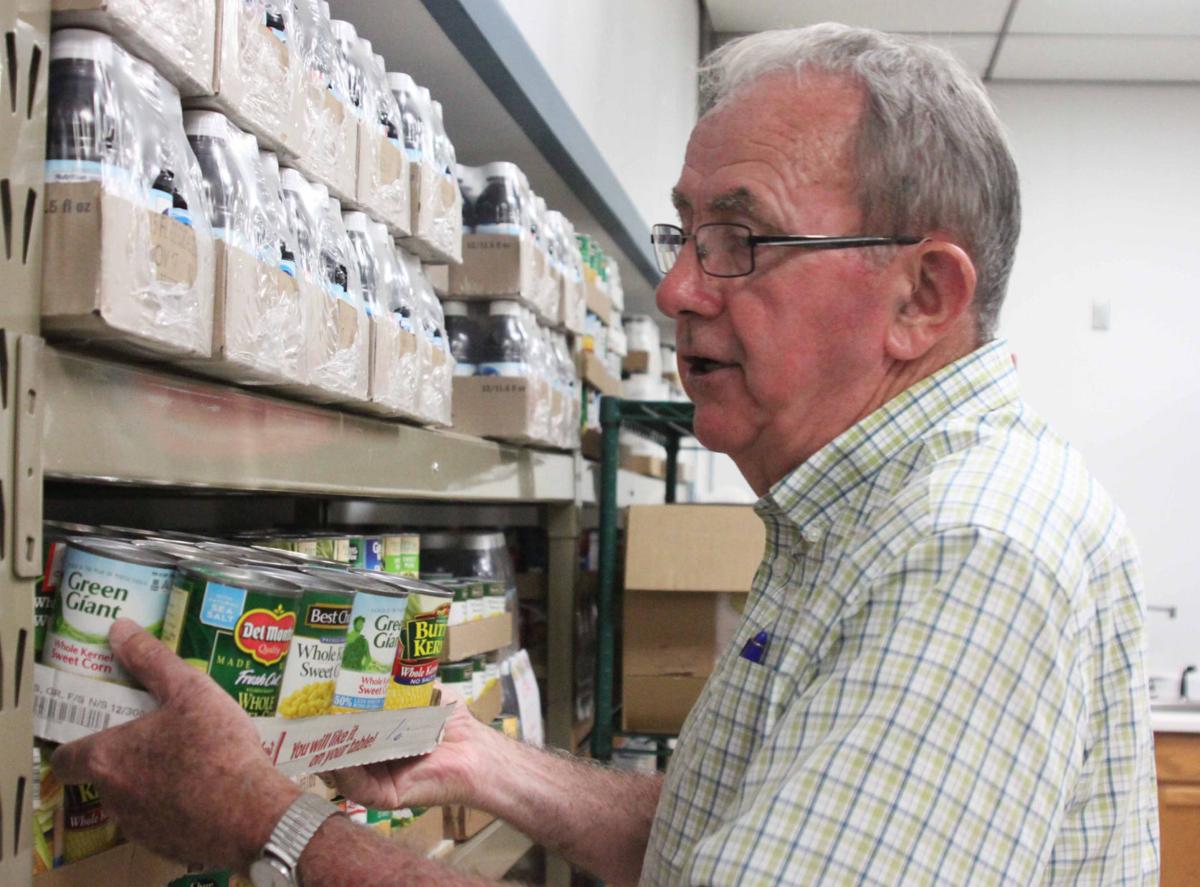 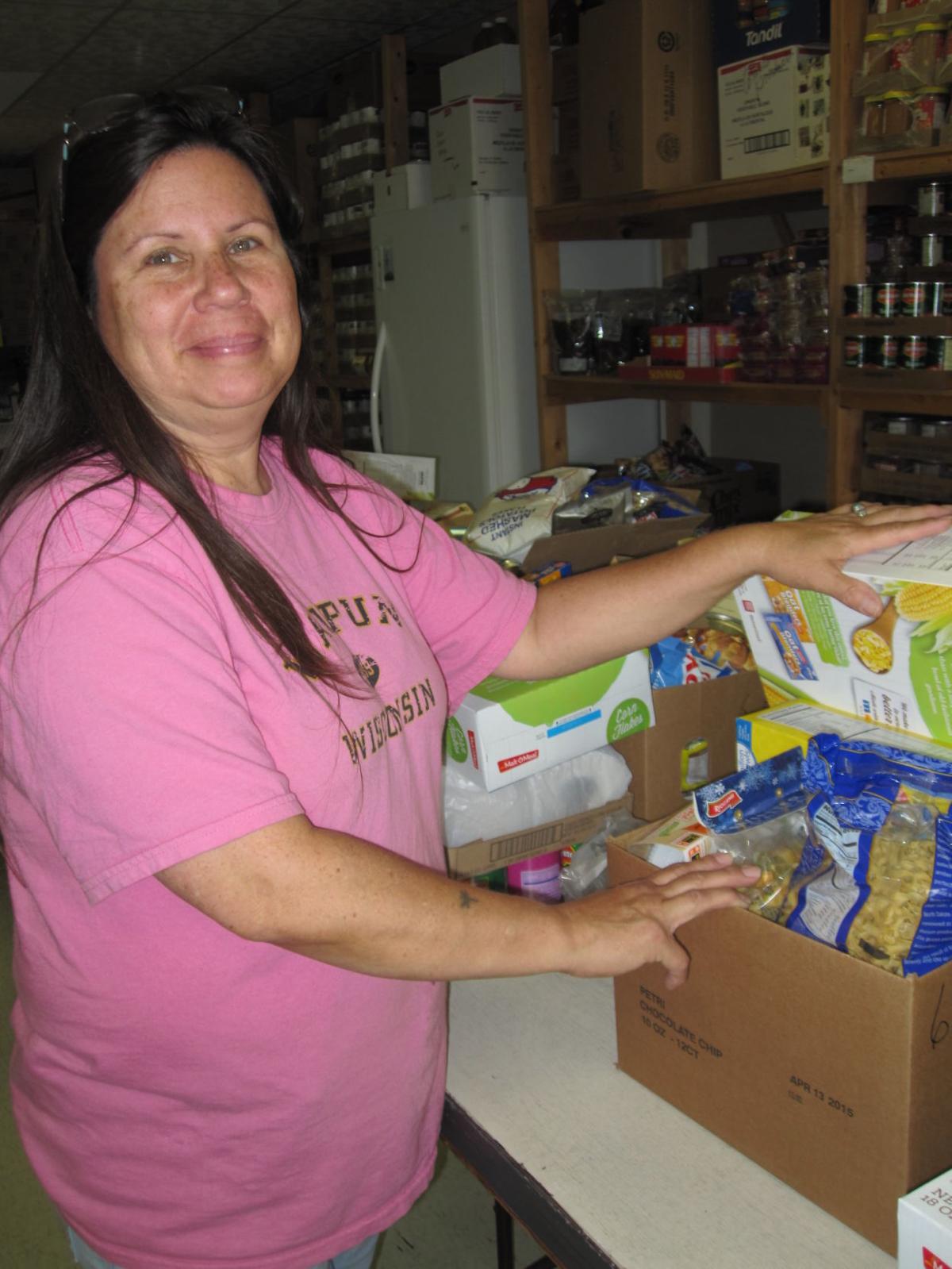 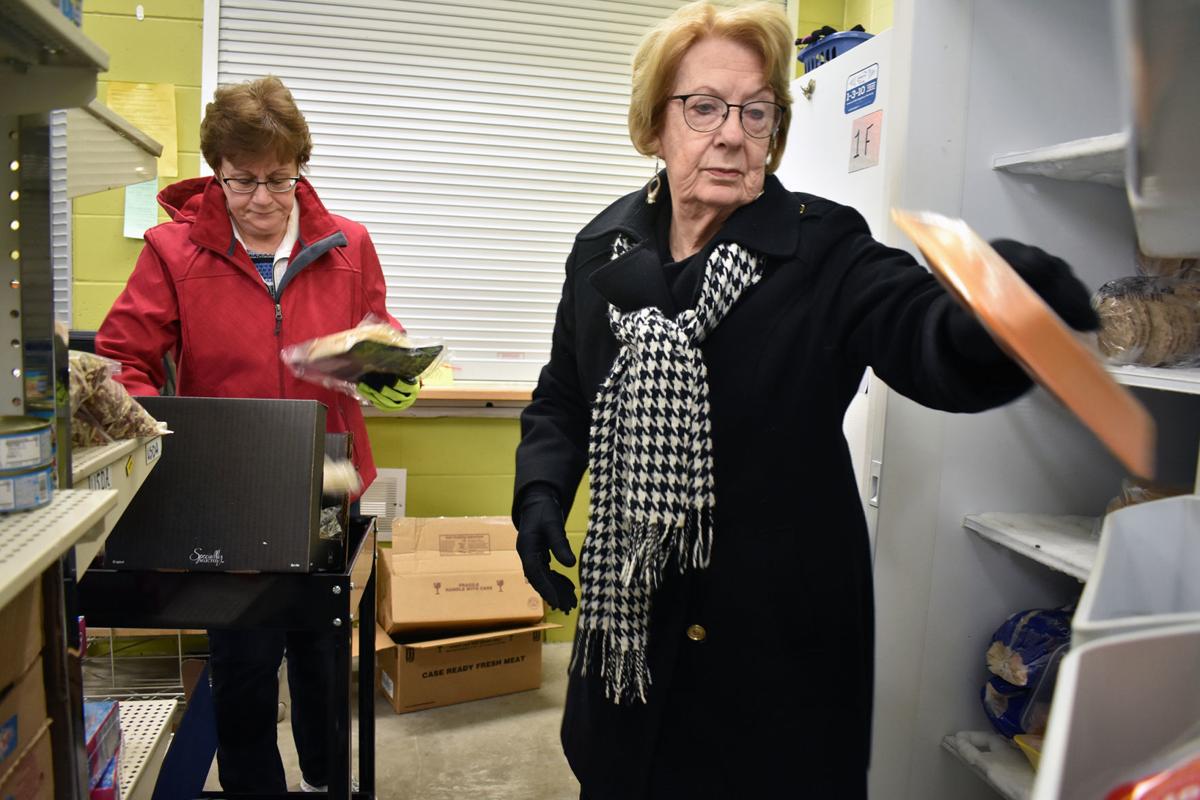 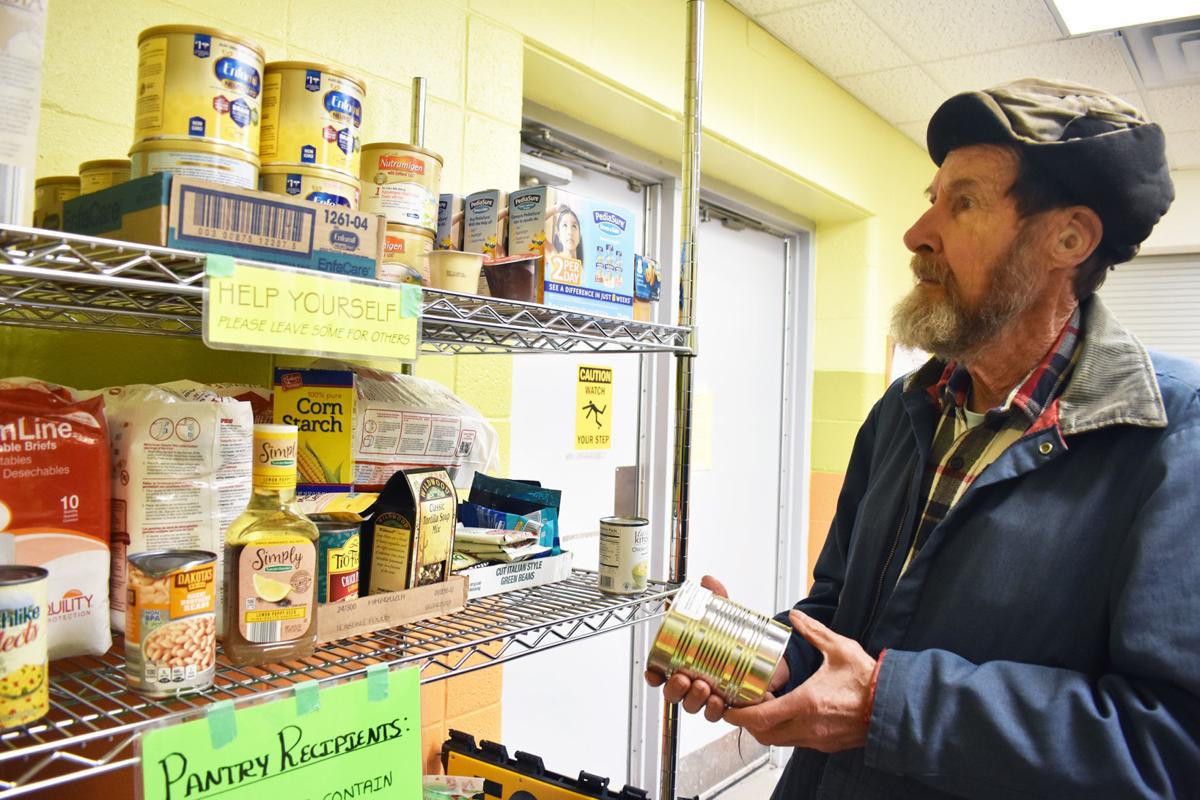 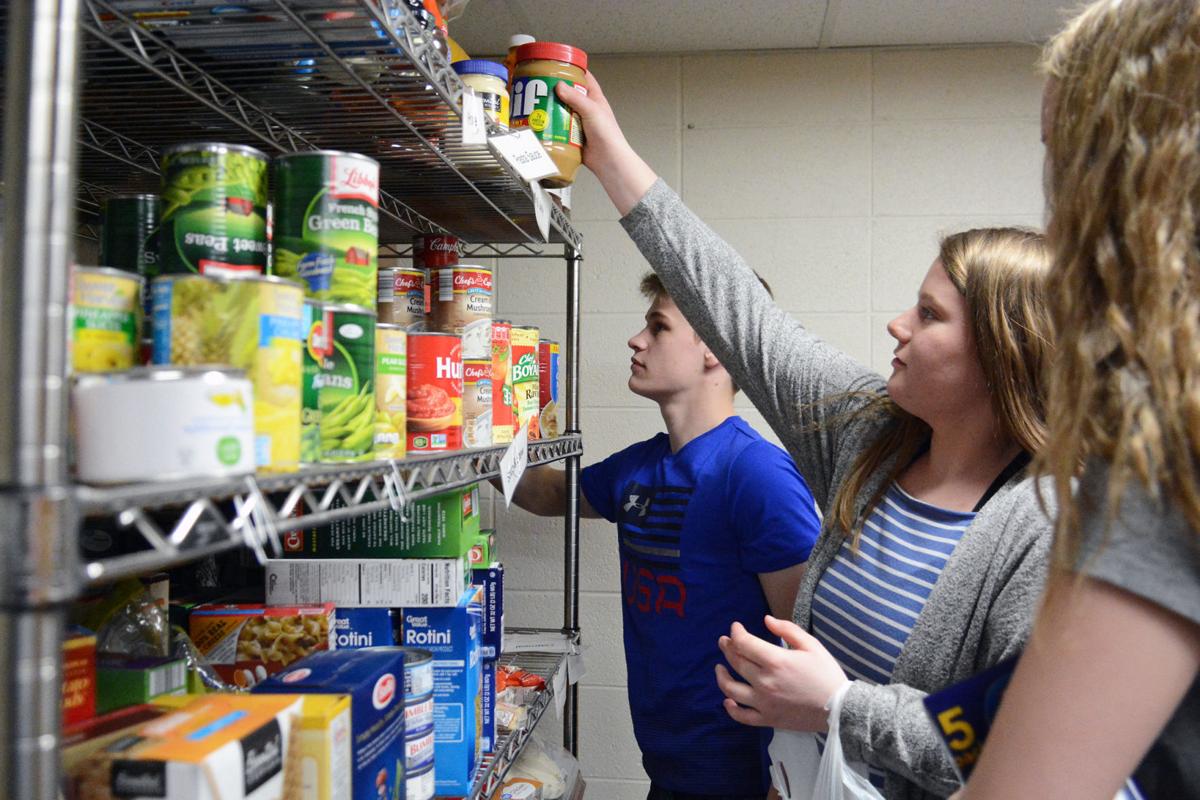