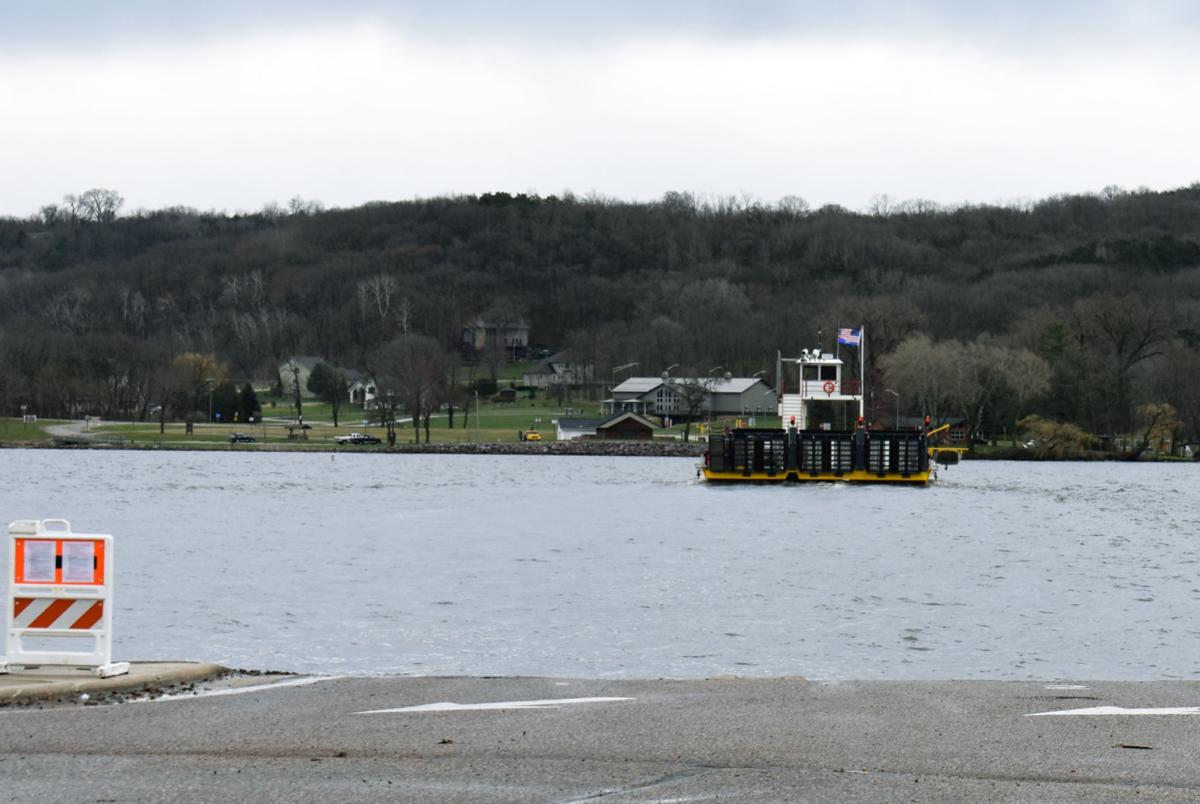 The Merrimac Ferry leaves the port in Merrimac on Monday for its trip across the Wisconsin River. The ferry is operating 5 a.m. to 7 p.m. Monday through Saturday for essential travel only. 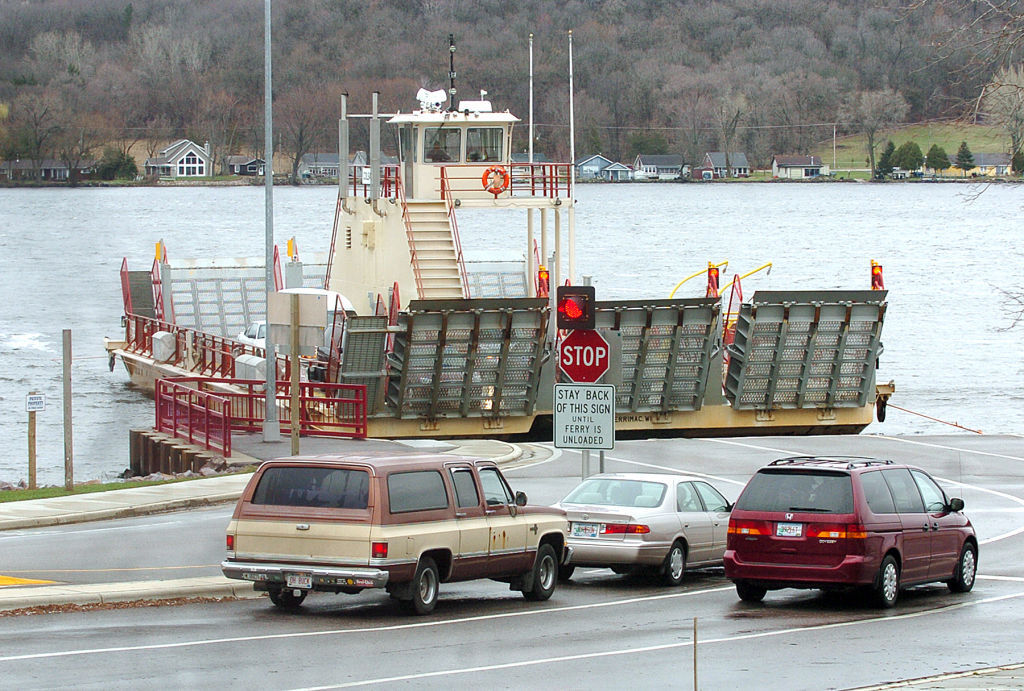 The ferry at Merrimac opened Monday but only for business-related essential travel during the COVID-19 pandemic.

The Merrimac Ferry is back in operation for the season, with limited hours and updated cleaning procedures to allow essential travel.

The ferry, which travels across the Wisconsin River between Columbia and Sauk counties, will operate from 5 a.m. to 7 p.m. Monday through Saturday, and will allow for essential business-related travel only, said Chris Hardy, Columbia County highway commissioner.

“It’s non-tourism related basically, for people who need to get to and from their essential business,” Hardy said.

During hours of operation, there will be a one-hour shutdown period from noon to 1 p.m. to allow for a change in shifts for operators. In that time, operators will disinfect the boat and operational cabin.

Operators will also disinfect the boat at the start and end of their shifts.

The county highway department has limited the number of staff working on the ferry, only the same two operators will work eight-hour shifts, six days a week to limit any possible COVID-19 spread. Workers will also be required to keep six feet of distance, and wear N95 grade masks during shifts.

“Both of the operators will wear the N95 masks for their shifts, which is going to be rather uncomfortable,” Hardy said. “It’s so we don’t have issues between shifts, hopefully.”

A ferry mechanic will work from 7 a.m. to 3 p.m. and remain on call for any mechanical work needed throughout the operation.

Motorcycles will be permitted, with one rider per bike and only one bike per designated lane.

Groups of motorcycles will not be allowed due to only non-tourism travel being allowed, Hardy said.

At the end of each day, the ferry will be docked on the Okee port, and operators will take extra precautions to secure the boat and items on the boat that people could tamper with when the boat is not operational.

“We have to put a gate across the boat so that people don’t come on the boat, when we do shut it down and people aren’t there, other people like to climb on it and fish, which isn’t allowed,” Hardy said. “We have some barricades we have to put up on the Merrimac side so somebody doesn’t drive into the river.”

The public restrooms on the shore of the ferry will be closed to the public during this time, and only available for operators and mechanics to use the restroom and use time clock services that are located in the building.

The Merrimac Ferry leaves the port in Merrimac on Monday for its trip across the Wisconsin River. The ferry is operating 5 a.m. to 7 p.m. Monday through Saturday for essential travel only.

The ferry at Merrimac opened Monday but only for business-related essential travel during the COVID-19 pandemic.