The project overseen by the Wisconsin Department of Transportation will reconstruct more than one mile of roadway along Wisconsin Street and a portion of De Witt Street. The work will begin in mid-March by A-1 Excavating of Bloomer.

The first phase will be from West Pleasant Street to where De Witt meets Wisconsin Street. It is slated to conclude around May 11. Then the second phase of the project begins, which includes Wisconsin St. from Warren Street to Ontario Street, which runs just south of Kwik Trip.

All work is scheduled for completion in the final week of October.

City officials plan to borrow $1.1 million to pay for what are referred to as “non-participating items,” like the pavement for parking stalls, street lights and bike racks. While Jahncke said the estimated costs for items was just over $1 million, city officials agreed contingency funding would be a good idea to cover the cost of an unforeseen work once the digging begins.

Members of the city Municipal Services and Utilities Committee heard the updated cost at their February meeting. Portage Common Council member Mark Hahn, who oversees the committee, said he was glad to hear the city was under budget because it would mean either saving money or having funds for contingency work.

The biggest change the project will create is the elimination of a block of Edgewater Street and the creation of a new three-way intersection between Wisconsin and De Witt. There will be a pocket park, which is a small park created on an irregular city space that can be used by the public, where Edgewater currently runs between the two highways. The change will also provide an improved crosswalk for pedestrians wanting to use the nearby Ice Age Trail.

Work will include the installation of new curb, gutter and storm sewer systems. The sidewalks will be recreated with additional accessible ramps for pedestrians. There will be new pedestrian access ramps to the Levee Trail along Wisconsin St.

Jahncke said a large change will be the elimination of steep entrances and exits for a number of businesses along Wisconsin St. Businesses along the roads will remain open as construction goes on. Plans for the road work by the DOT include giving advance notice to business owners if access to their buildings needs to be shut down for improvements.

Street work will also coincide with a new culvert pipe for the Portage canal. Jahncke said the large pipe will be big enough to allow a kayaker to fit easily through it.

As with any street project, there will be detours.

During the first stage De Witt St., or U.S. Highway 51, will be closed to all traffic. Northbound traffic will be routed along State Highway 16 to Interstate 39, where vehicles will take the northbound lane to the interchange at U.S. Highway 51. Cook Street will remain open to traffic. The Ice Age Trail will be rerouted and kept open.

The first stage plan calls first for the construction of De Witt St. pavement from curb to curb while sidewalks remain open. One side of the sidewalk will then be worked on while the other remains open for pedestrians and then workers will flip to work on the other side.

In the second stage, Wisconsin Street will only be open to local traffic. Jahncke said planners are aware residents who are familiar with street layouts will likely be using side streets for access to different businesses, and specifically said Thompson Street will likely see more traffic, but the official detour will begin farther out of town.

During a project along Wisconsin St. last summer, a number of local residents showed a lack of regard for construction sites, with one driver even becoming stuck while trying to drive through instead of adhering to detours. Residents complained of flooding on side streets which complicated travel in the area.

While that $2.27 million project improved streets like Thompson, which Jahncke said in part was anticipatory of its use during the upcoming construction, he said the work was “much less invasive” than the slated road construction is to be.

A virtual meeting between construction managers and local business owners and city officials will likely take place by the end of March, Jahncke said. DOT officials have also posted presentations on the WisDOT website. 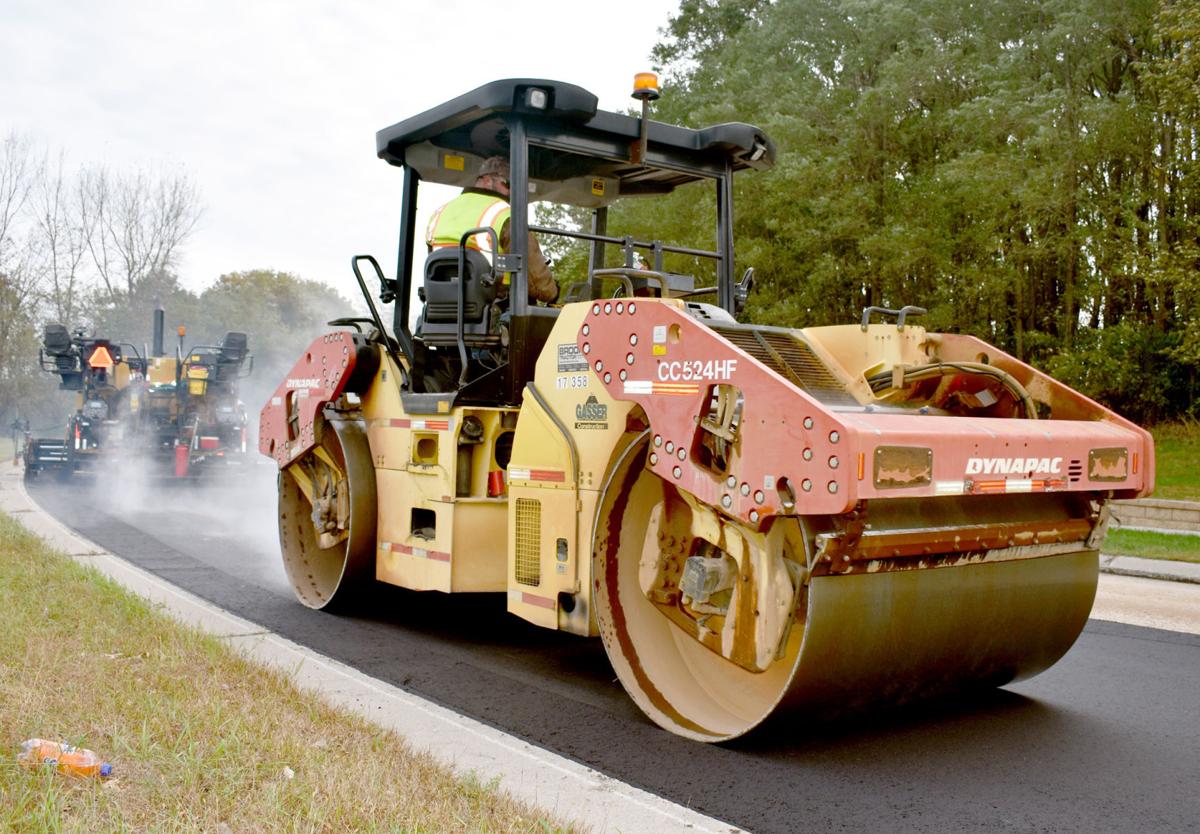 Construction crews work in October 2018 on Airport Road in Portage. The project was funded with money raised by the city's wheel tax. 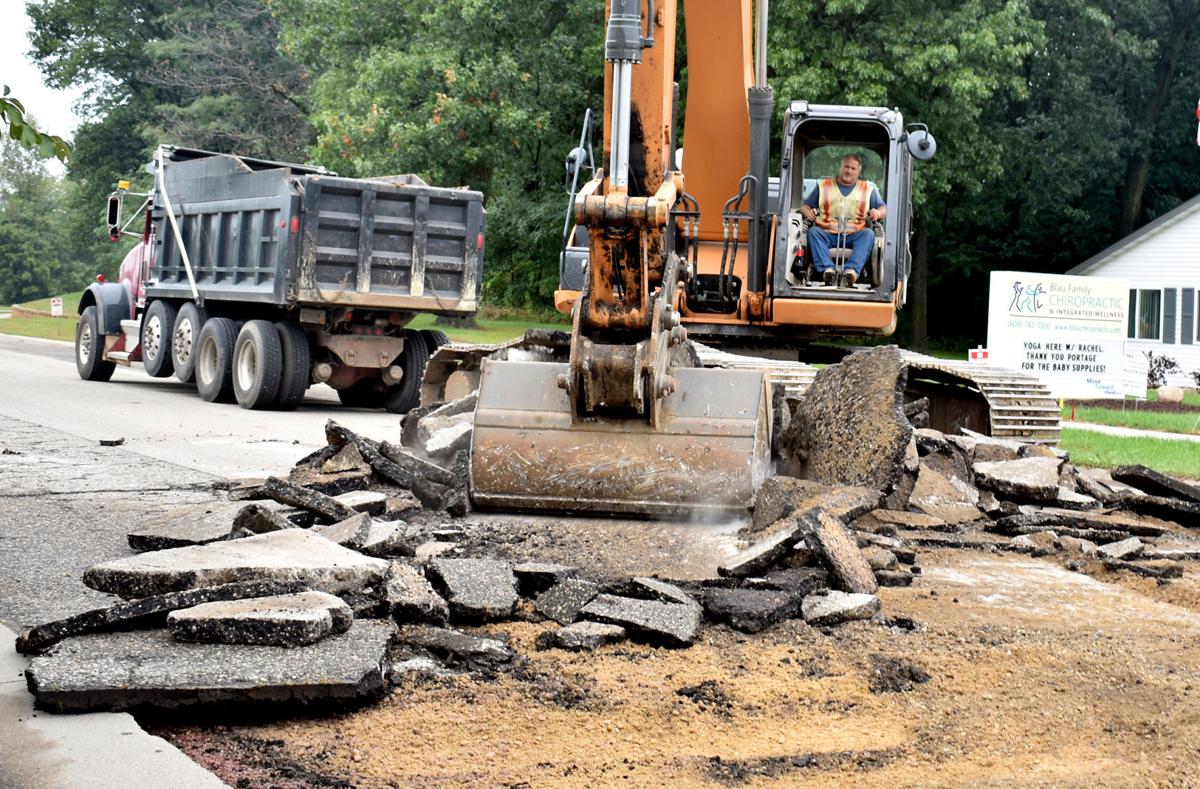 Construction crews tear up the pavement in Septebmer 2018 on Airport Road near Blau Family Chiropractic in Portage. 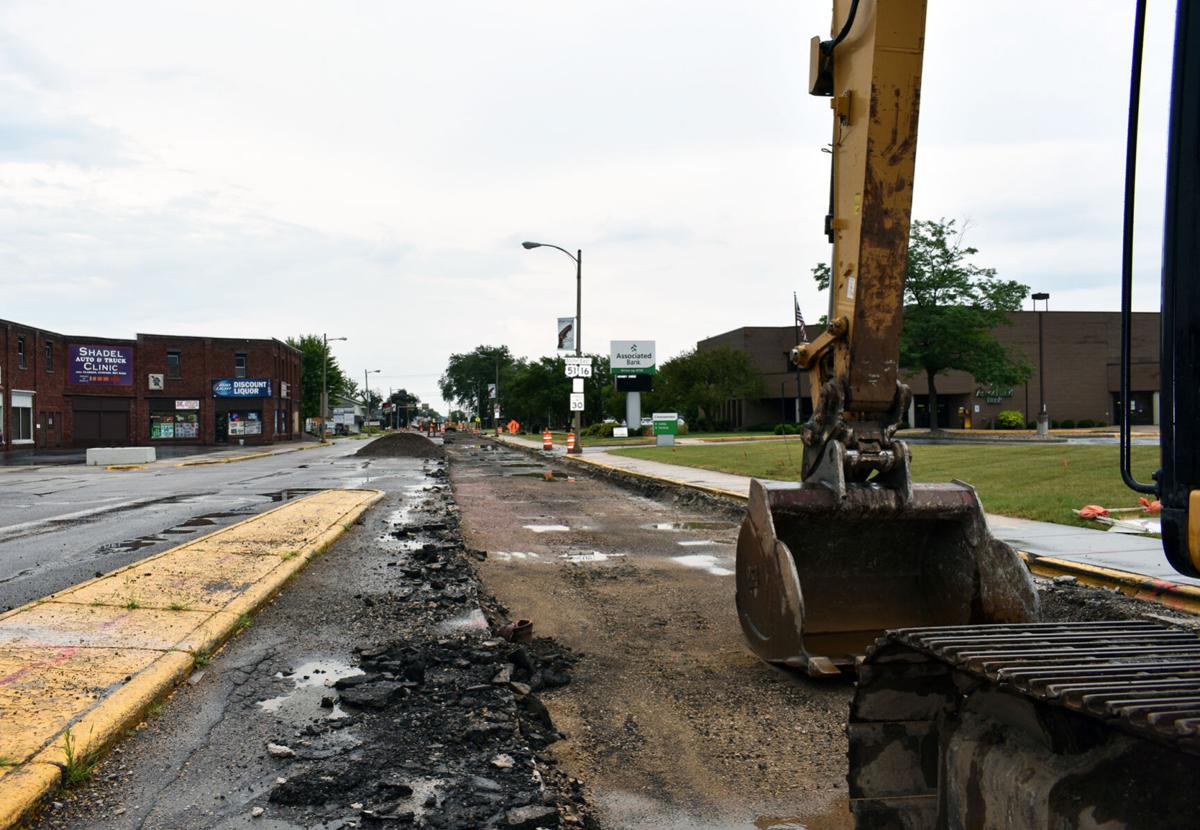 Construction on East Wisconsin Street, or Highway 51, in Portage resulted in detours in July. 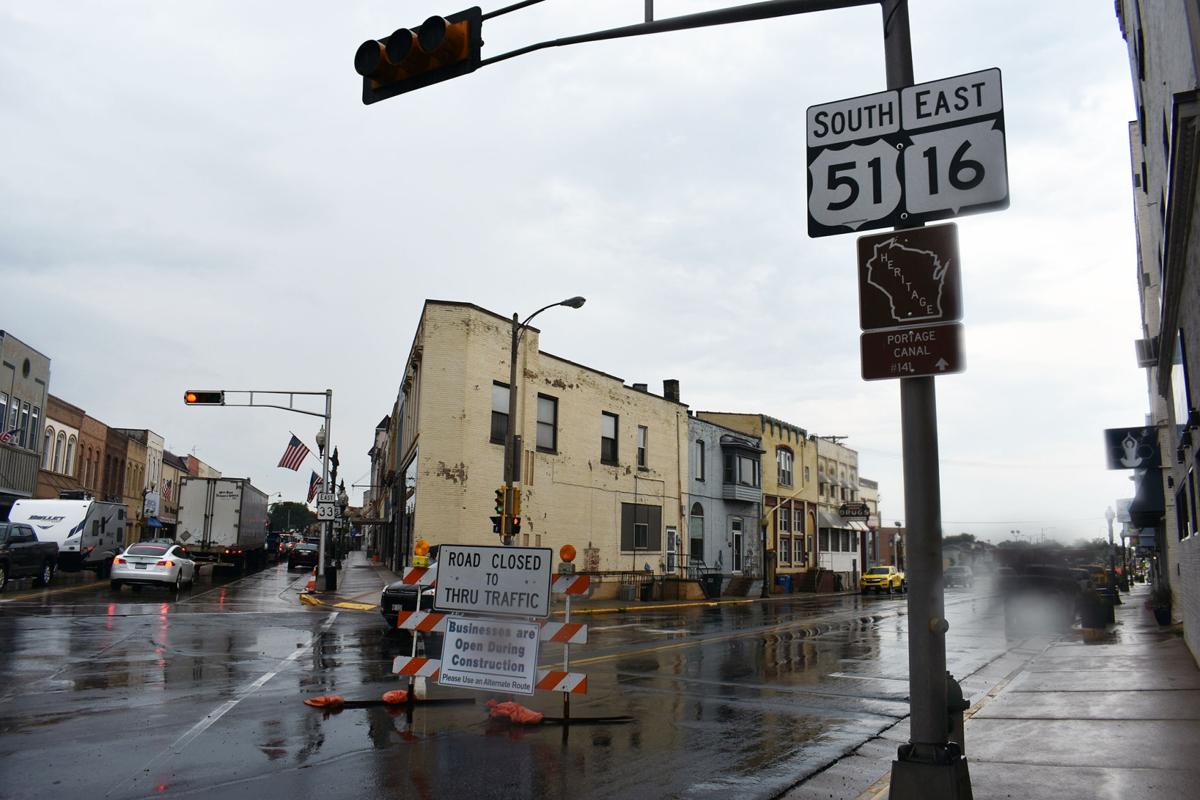 Businesses along Highway 51 in Portage remained open during utility and reconstruction of the major thoroughfare heading south out of the city during a July project. 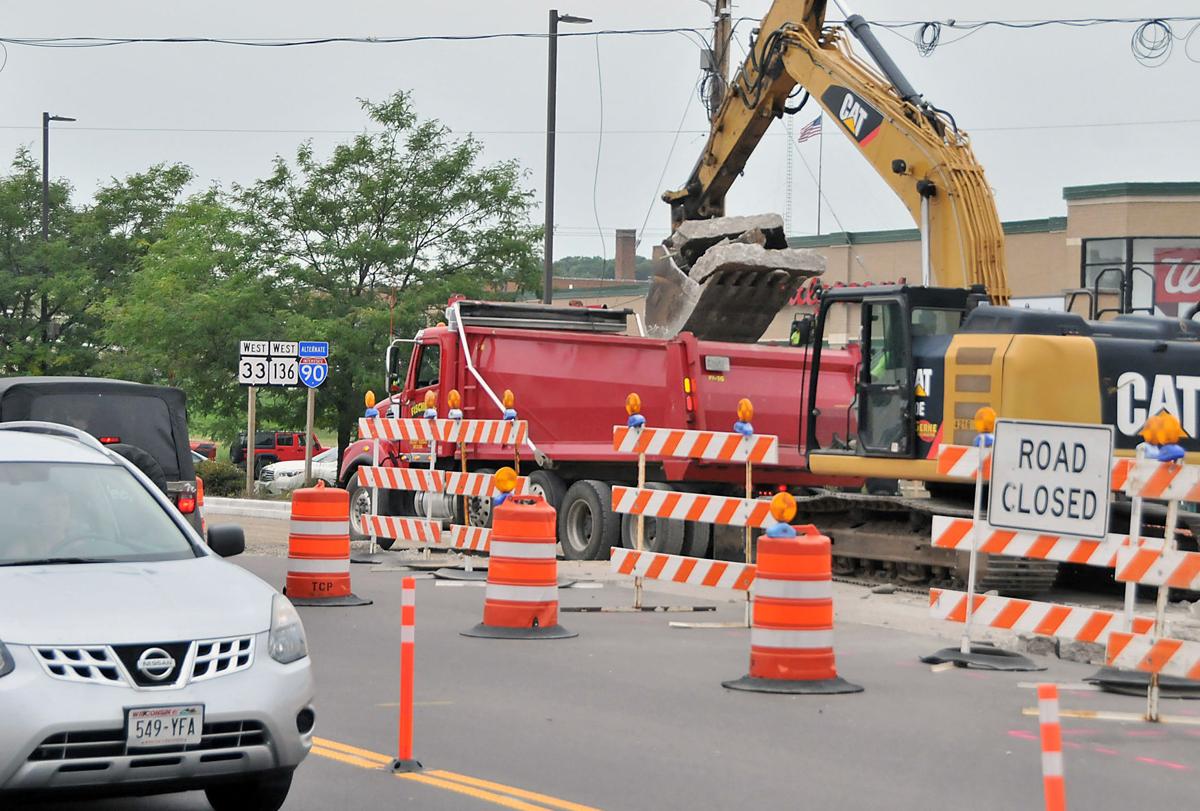 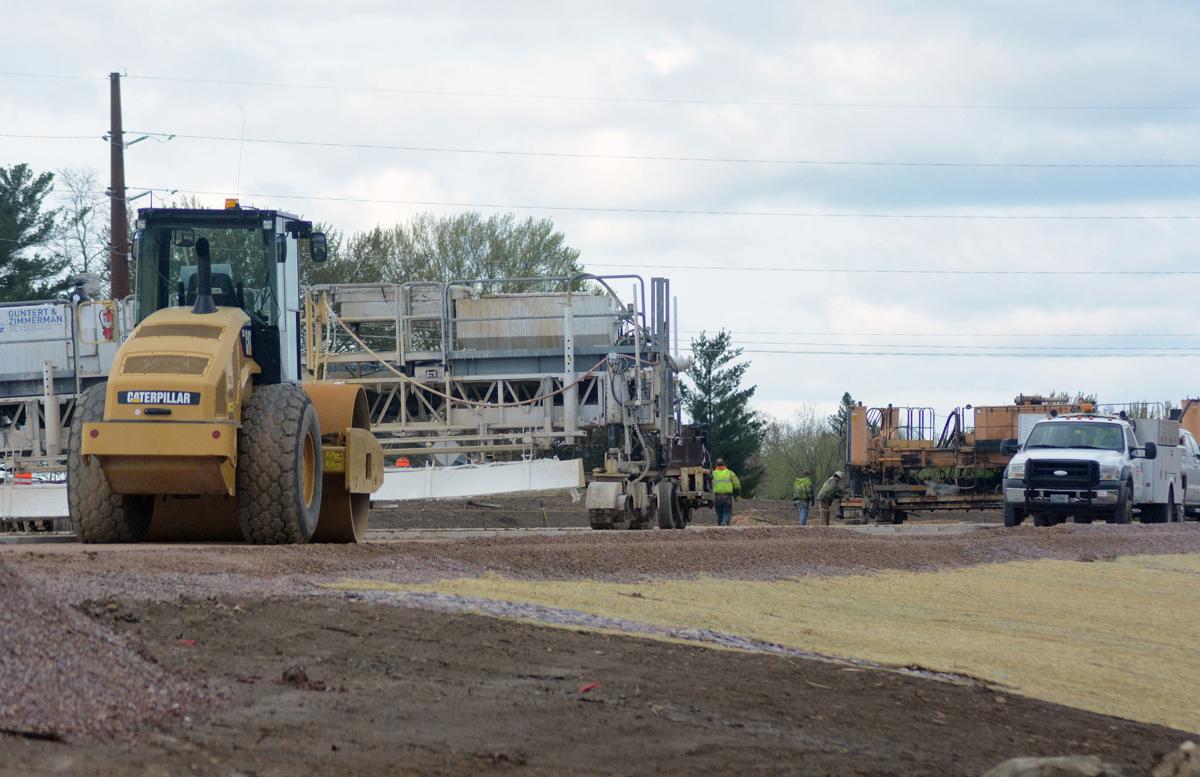 Construction workers in May 2017 prepare a section of the new four-lane Highway 12 near Ski Hi Road south of Baraboo. 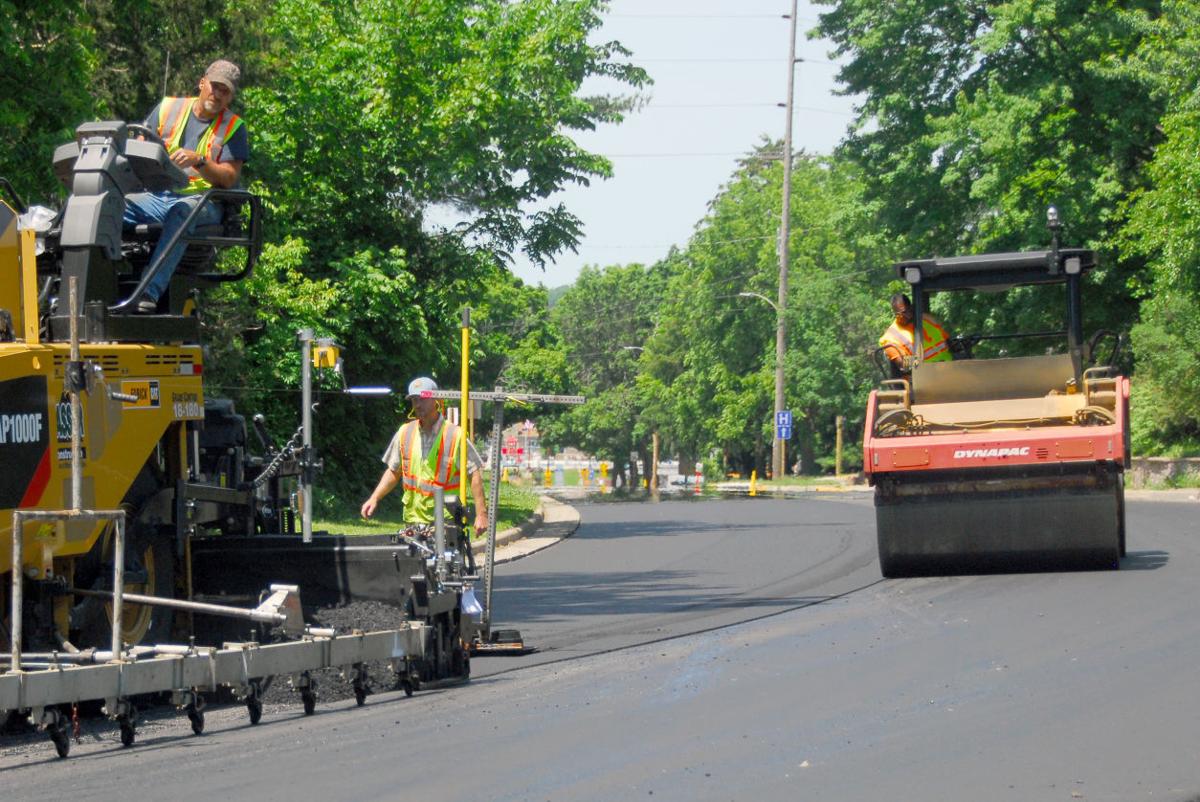 Paving crews put down a new layer of asphalt on Parkway in Baraboo in this June 2016 photo. City officials are looking for new ways to fund future street improvements.

Construction crews work in October 2018 on Airport Road in Portage. The project was funded with money raised by the city's wheel tax.

Construction crews tear up the pavement in Septebmer 2018 on Airport Road near Blau Family Chiropractic in Portage.

Construction on East Wisconsin Street, or Highway 51, in Portage resulted in detours in July.

Businesses along Highway 51 in Portage remained open during utility and reconstruction of the major thoroughfare heading south out of the city during a July project.

Construction workers in May 2017 prepare a section of the new four-lane Highway 12 near Ski Hi Road south of Baraboo.

Paving crews put down a new layer of asphalt on Parkway in Baraboo in this June 2016 photo. City officials are looking for new ways to fund future street improvements.