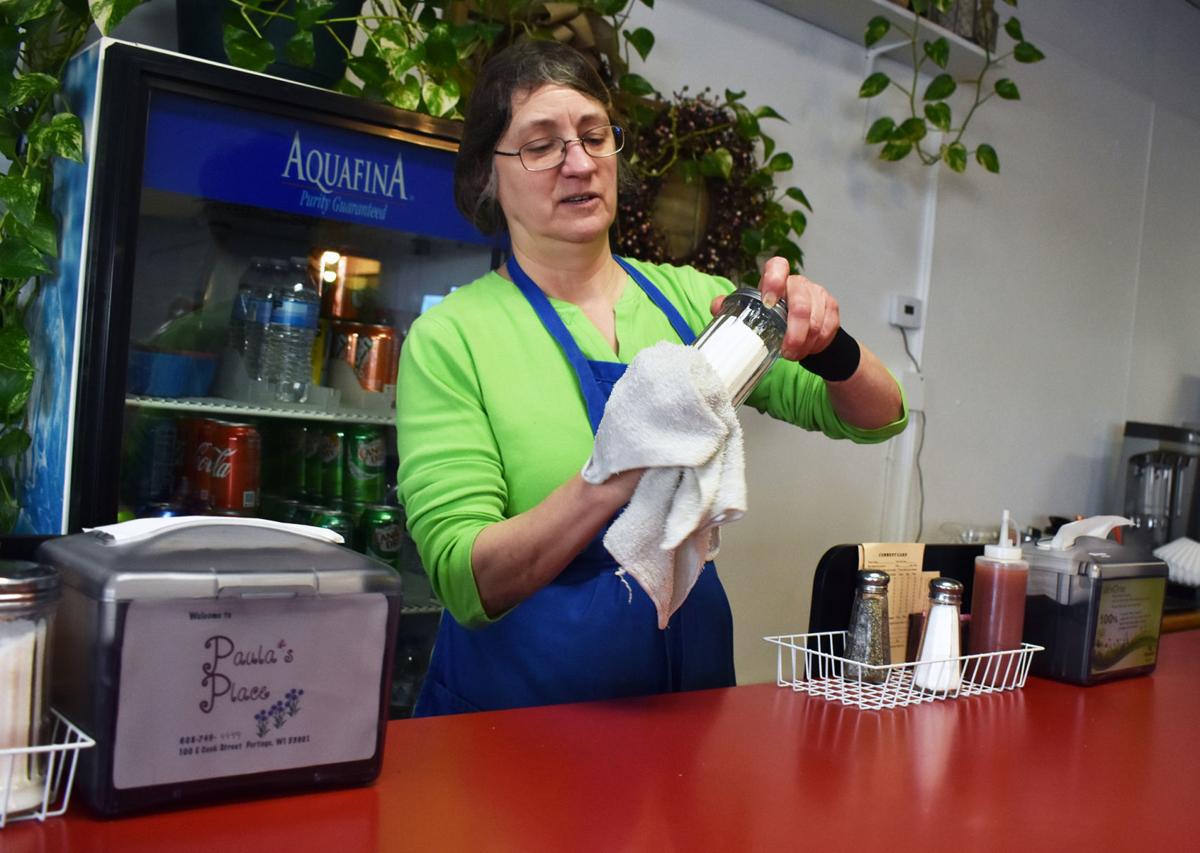 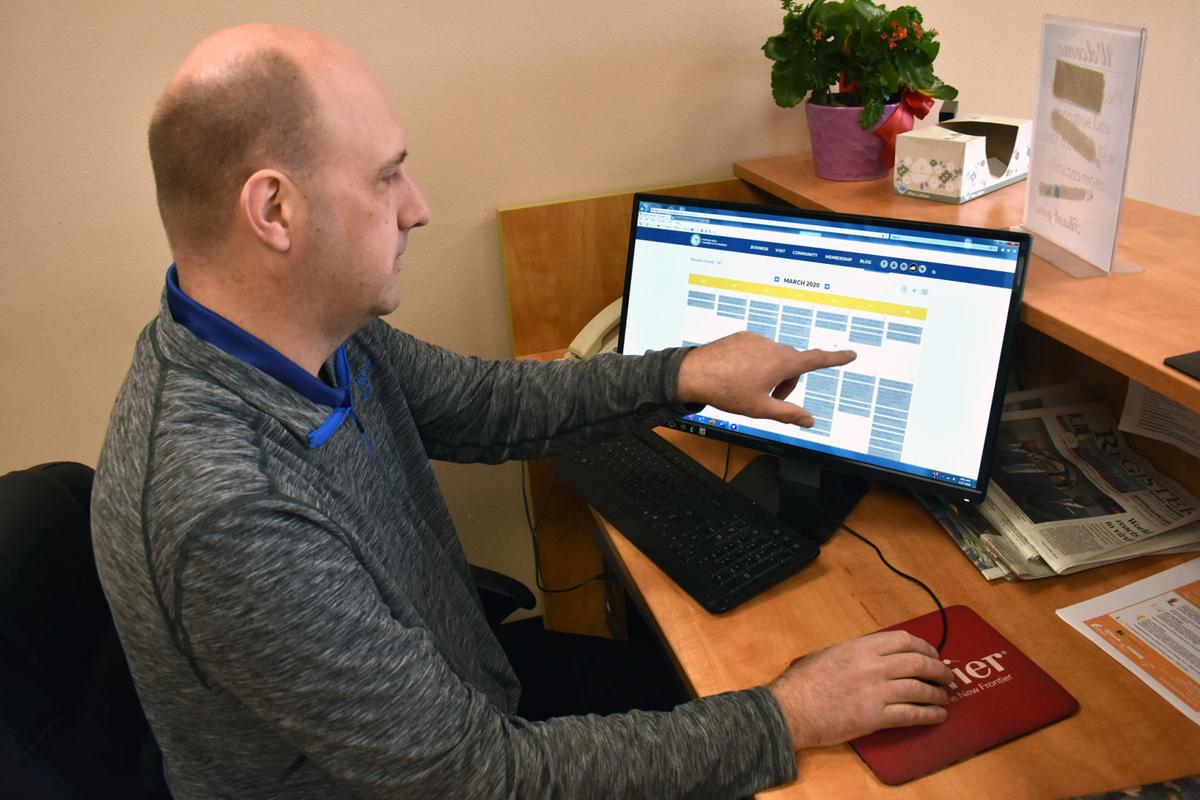 Portage Area Chamber of Commerce Marketing Coordinator Brad Conrad scrolls through all the cancellations on the Chamber's online calendar Monday. 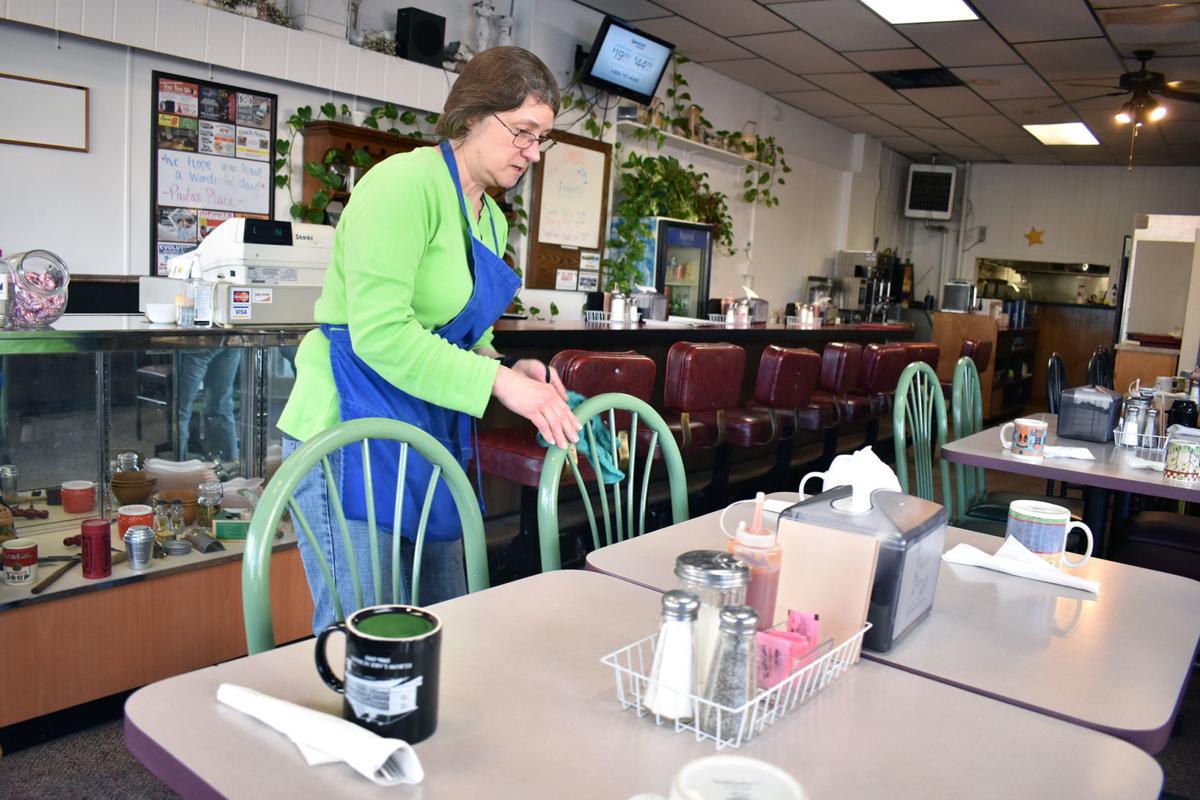 Paula Amend saw fewer customers than usual at Paula’s Place in downtown Portage Tuesday prior to a statewide closure of taverns and restaurants for all but carryout and delivery orders.

“It’s a personal choice,” Amend said of the people who want to eat at her restaurant. “But in schools, you have children who are not in the habit of washing their hands and they touch everything. They’re germ factories.”

Waitress Jeana Walter at Portage Café said the ban isn’t affecting her daily life other than the extra cleaning and her daily conversations with patrons.

“Everybody is talking about it,” Walter said. “It’s all over the place. Everybody is keeping their hands clean.”

Walter also said she believes the public and government reaction to the virus seemingly outweighs the severity of the outbreak but were nevertheless concerned about what’s happening.

“Everybody has their concerns,” Walter said of the virus. “I’m worried about the economy. It was going good, but now it looks like it’s going down. I think this is all being blown out of proportion.”

Amend, for weeks, has seen fewer cars driving by her restaurant on Cook Street than usual and the nearby Portage Area Chamber of Commerce agreed with that assessment Tuesday.

Conrad said that he and Executive Director Marianne Hanson spent half of their Monday taking calls and emails regarding cancellations of events for the Chamber’s online calendar.

For his 1-year-old child, Conrad said he’s utilizing the childcare services at St. John’s Child Development Center in Portage for at least the rest of the week, but beyond that things seem uncertain.

“My wife works two days per week from home and I can adjust my schedule and we have a family member who helps us cover our gaps, which is a huge relief,” Conrad said, understanding many others in the area are facing more difficult childcare issues now with schools closing. “We’ll make it work.”

A regular Portage Café patron, Dick Minnema, 79, said he’s not worried about his health despite his age putting him at greater risk of contracting the virus.

Minnema has worked for the past 56 years as an independent farm tractor mechanic in Columbia County and spent part of his morning Tuesday trying to purchase eggs — unsuccessfully — and talking to another patron who had canceled a trip to Dublin, Ireland.

“I’m sure we need to take precautions,” Minnema said of the overall reaction to the virus. “But right now I’m more concerned about the impact this is having on the little businesses.

“I’m iffy about restrictions on public gatherings,” he added. “I’m not sure it’s really necessary, but I suppose they have to do something because it’s spreading.”

UPDATED: Evers orders all Columbia County and Wisconsin schools to close by Wednesday

MADISON — Gov. Tony Evers on Friday ordered all of Wisconsin’s K-12 schools to be closed by next week in the hopes of slowing the spread of th…

Portage hospital sets up clinic for evaluating patients for coronavirus

Aspirus Divine Savior hospital in Portage is utilizing a new respiratory care clinic to evaluate and test patients for COVID-19.

Portage child care facilities still open, but for how long?

Portage child care centers are unaffected by the restrictions set by Gov. Tony Evers on Wednesday but face uncertain futures as the novel coro…

Columbia County Sheriff: 'We are not under martial law'

Pardeeville, Lodi schools turn to online learning while shut down to limit spread of COVID-19

Portage Area Chamber of Commerce Marketing Coordinator Brad Conrad scrolls through all the cancellations on the Chamber's online calendar Monday.