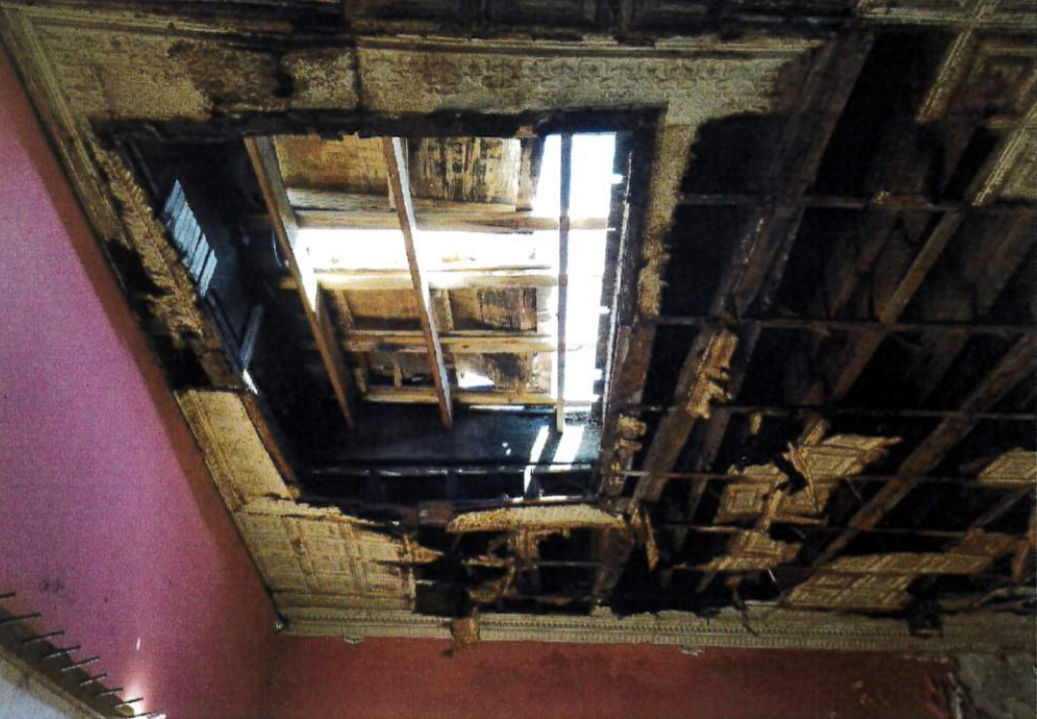 The roof of the 114/116 W. Cook Street building is exposed to the elements, as shown in this photo taken inside the building earlier this year. 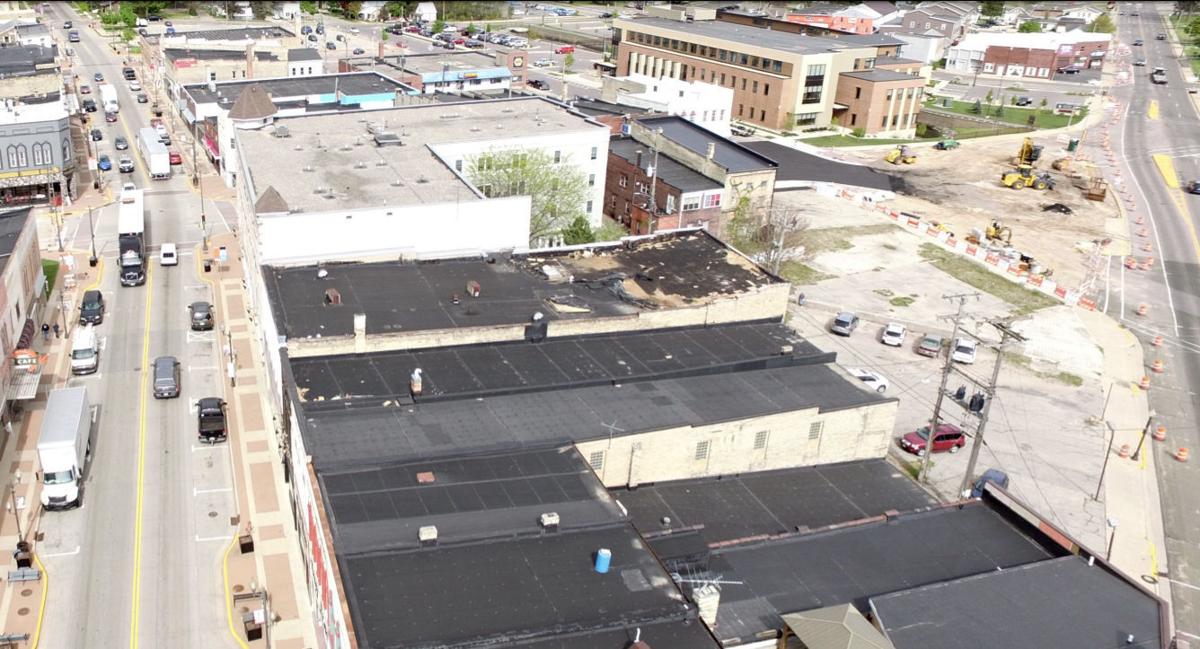 A bird's-eye view from this summer shows the sunken roof of the 114/116 W. Cook Street building in downtown Portage.

When the city of Portage became the owner of 114/116 W. Cook St., a former antique shop and furniture strip shop, it was believed the building needed the roof to be repaired. However, a contractor told the city the roof will need to be completely replaced.

Portage officials expected the repairs to cost no more than $8,500, but that cost has risen substantially for a brand new roof for $100,000.

The city received a proposal for fixing the roof in May from South Central Wisconsin Roofing. The company wrote in the proposal that there are two large holes in the roof.

The proposal said the roof is in very poor condition and will not be 100% waterproof after repairing holes. The company proposed laying planks of wood across the holes and screw to existing roof then install plywood across the planks and nailed to existing roof. After the hole would be fixed a rubber roof material would have been laid over the fixed hole.

The Community Development Authority received that proposal with a total cost not to exceed $8,500.

“After the contractor was on site they determined their proposal was not feasible,” Steve Sobiek said. “They were inside the building and noted there was not enough material to repair the roof and would need to be completely replaced. There was not enough support in the existing roof for a repair.”

Sobiek is director of business and development planning for the city of Portage. He said a new roof would cost approximately $100,000.

The CDA drafted a request for proposal on Sept. 9 and stated three goals for the property; rehabilitate the building, work with city to promote development in the area and encourage economic development in area.

“Create an economic catalyst for the downtown area, showcasing the success of a public/private partnership and returning the parcel to the property tax roll,” the requests for proposals stated. “Preference will be given to mixed use commercial retail, indoor commercial entertainment (first floor) and residential (apartments on second floor).”

Sobiek said that is the goal for the property – a retail space on the ground floor and apartments on the second floor.

“We set the deadline for RFPs for Oct. 15 and we didn’t receive any proposals,” Sobiek said. “It’s unfortunate, but we will now go back and look at the options we have.”

Sobiek said the CDA will most likely meet in the next week or two to discuss the next steps for the West Cook Street property. He said one option is to draft a new RFP and a second option is to send out an identical RFP.

“Timing is critical for these things when it comes to construction,” Sobiek said.

The third option would be to go back to the drawing board with the intention of drawing in a contractor.

“If that happens, we might need to re-consider the concept of the building and might not be retail and apartments,” Sobiek said.

The CDA is the city entity that will make the final decision on the future of the property unless more funds are needed.

“The city council would get involved if the CDA would need more funding options,” Sobiek said.

In April, a number of repairs were made inside to secure the building, this included securing the rear doors, adding a lock and covering front window panes with plywood. Sobiek said the repairs cost around $1,000.

If the CDA receives a proposal for the 114/116 W. Cook St. building, Sobiek said the city would most likely enter an agreement with a developer or contractor to take over the building.

“The agreement could outline the developer performing certain services to get the building fixed and renovating the space,” Sobiek said. He said it was unlikely the city would keep ownership of the building.

“The city has little interest in owning the building,” Sobiek said. “Ideally the building would go back on the tax roll and get a private sector owner of the property.”

The city of Portage became owners of the building earlier this year. The building was foreclosed by Columbia County due to the owner owing several years of back taxes.

Online records show the former owner Martin Schmidt owed more than $59,000 on the property. Sobiek said the building was basically abandoned before the city took ownership after years of working with county officials.

“We will discuss ideas about the building at the CDA meeting and find out the next steps,” Sobiek said. “We might need to put together a completely different idea for the use of the building.”

WAUPUN—Angele Jelene Federer, age 59, of Waupun, went to her heavenly home on Friday, Dec. 3, 2021, surrounded by her family.

The roof of the 114/116 W. Cook Street building is exposed to the elements, as shown in this photo taken inside the building earlier this year.

A bird's-eye view from this summer shows the sunken roof of the 114/116 W. Cook Street building in downtown Portage.