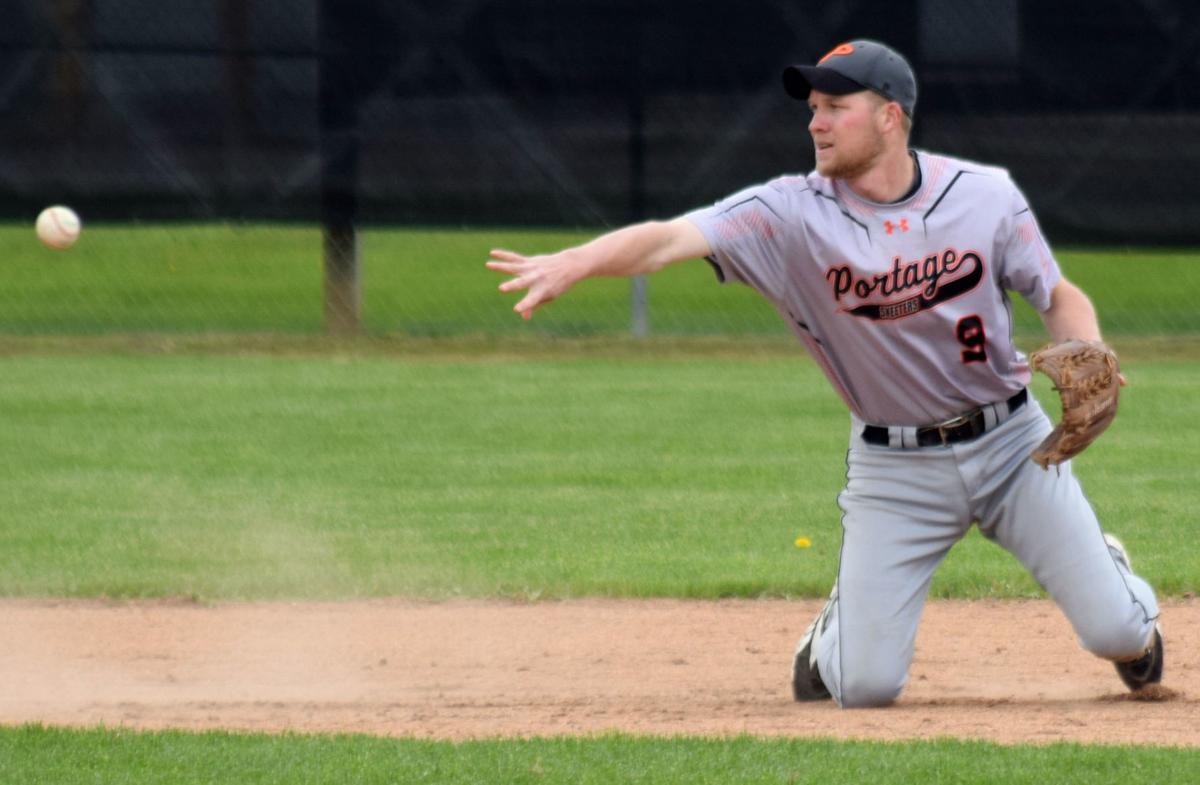 Portage Skeeters second baseman Ethan Greene flips to second base to start a double play during a Home Talent League Eastern Section game against Monona last season. The HTL Executive Board officially voted to call off the 2020 season last Friday. 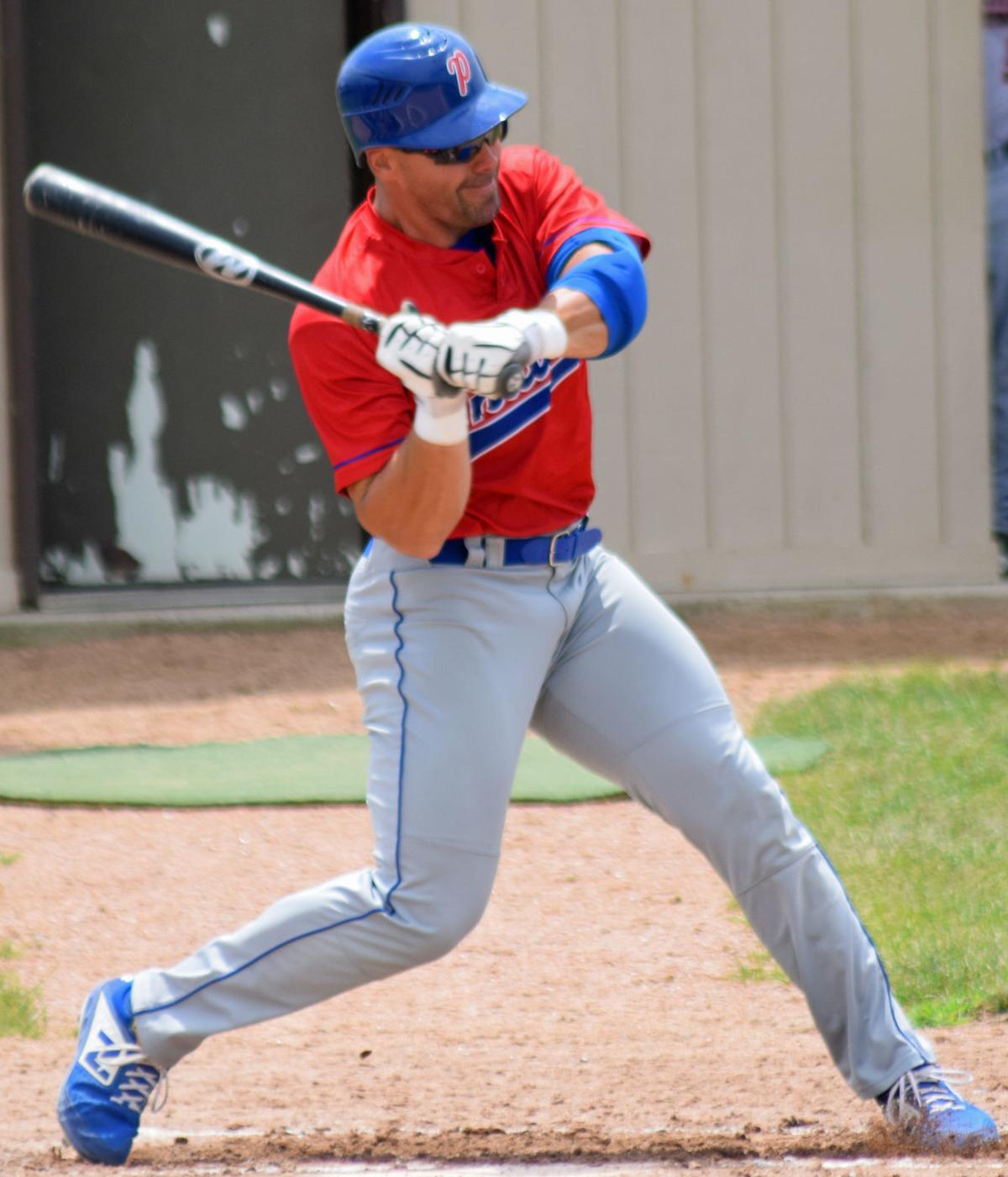 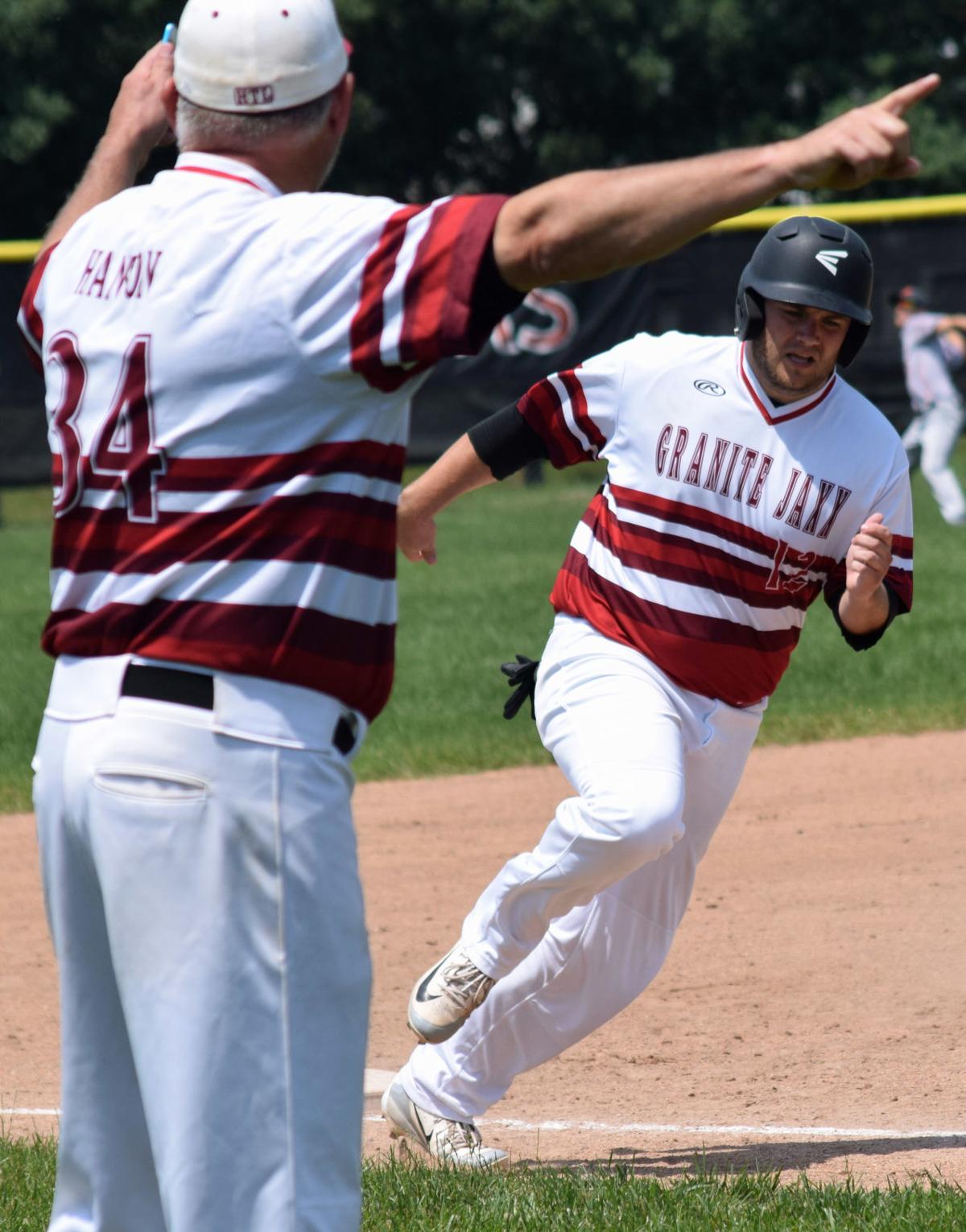 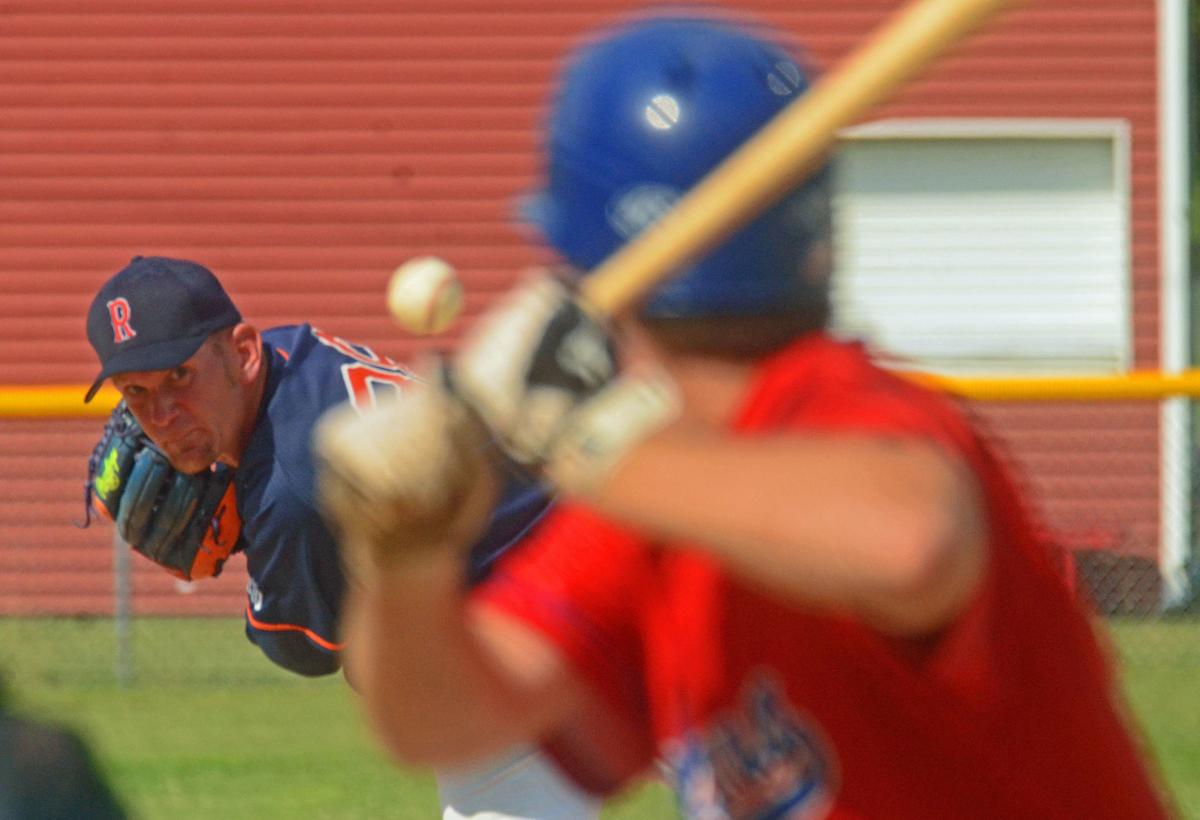 After delaying the start of its Sunday League season twice and trimming the schedule in half, mounting challenges due to the COVID-19 pandemic forced the Home Talent League Executive Board’s hand last Friday.

With the rescheduled opening day just over a week away, escalating insurmountable roadblocks drove the league to vote to call off the entire 2020 season.

“After months of following the coronavirus pandemic and the effects it is having on our society, we have decided to cancel the 2020 season as a league,” commissioner Pat Reilly wrote in an official statement sent to the Wisconsin State Journal. “With the recent spikes in cases it does not look like Phase 3 (of Dane County’s Badger Bounce Back plan) will be reached anytime soon.”

The 40-team adult amateur baseball league, which made its debut in 1929, has teams in cities and communities throughout Southern and Southwest Wisconsin. After an initial positive COVID-19 case was reported two weeks ago, Reilly proposed a three-strike policy, that if two more cases were confirmed, the league would end the sponsorship and postseason for 2020.

“It was kind of (to the point) where we knew it was coming; a couple of us coaches were texting amongst each other the past couple of nights and were talking, even before the third case, if it would even be worth having a season because there were two positive cases in a week,” Portage player/manager Adam Walz said.

“We were going to vote on it and I think it was pretty evenly split on what we wanted to do, but before all of us could submit all of our votes there was already the third case.”

The decision by six teams, including defending champion Verona, Monona, West Middleton, Lake Mills, Mazomanie and DeForest, to withdraw from league play complicated matters, as did the Badger Bounce Back guidelines, which meant baseball fields inside Dane County were still unavailable, putting an even more stress on half of the league’s competitors.

“That just kind of got the ball rolling, and once the first team dropped out due to a case, it definitely got all of us in the section thinking. I was talking to Taylor Mack from DeForest and we spit-balled ideas for probably two straight days, but in the end we were both kind of in agreement that it might be for the best not to have a season,” Walz said.

“As one manager said about their decision to go inactive, ‘We are putting the health and safety of our players, fans and community in front of our desire for baseball,’” Poynette player/manager Davy Tomlinson added in a written statement on the Indians’ official Facebook page.

While the official HTL season and subsequent postseason have been canceled, leading to the first season without a league champion since 1948, some teams have already been playing non-league game. Reilly and the rest of the executive board have given teams the green light for that to continue.

Poynette and fellow Eastern Section competitors Montello and Rio are among those teams that had set up non-league exhibition games. While tentatively scheduled, Tomlinson wrote that the Indians are “currently in discussions on whether or not to continue to play some games,” however, they “will need to weight the risks of playing against the desire to play.”

Walz noted umpire availability as a possible roadblock for teams looking to still get on the diamond this season, but is open to scheduling games. He admitted however that it won’t be after some self-reflection.

“It’s something I’m definitely thinking about, but right now I’m just waiting it out and letting a couple days pass,” he said. “I’ve texted all of the guys on the team to feel out what their thoughts are on playing more games, but me personally, I’m going to let a couple days go by before I even start thinking about scheduling anything.”

From his conversations with umpires, Plenty said there are officials interested in working games, but he's interested in just how many. The Railmen won't be waiting as long as the Skeeters to take the field as Rio will host Columbus on July 4 before travelling to Jefferson on July 5.

Plenty said he wanted to finalize a schedule for the opening weekend before getting a better grasp of what teams are actually going to play. Regardless of how many games the Railmen will play, Plenty realizes how big of a distraction it can be from the challenges of the pandemic.

"It’s a good diversion for everything going on and we feel can do it safely; that doesn’t mean there isn’t potential out there, but you also have to live your life to some degree too," he said.

After delaying the start of its Sunday League season twice and trimming the schedule in half, mounting challenges due to the COVID-19 pandemic…

With the official Home Talent League season struck out for 2020, area teams are debating the best course of action moving forward while dealin…

The Poynette Indians Home Talent League baseball team is all too familiar with playoff race heartbreak, missing the postseason by a single gam…

Portage Skeeters second baseman Ethan Greene flips to second base to start a double play during a Home Talent League Eastern Section game against Monona last season. The HTL Executive Board officially voted to call off the 2020 season last Friday.