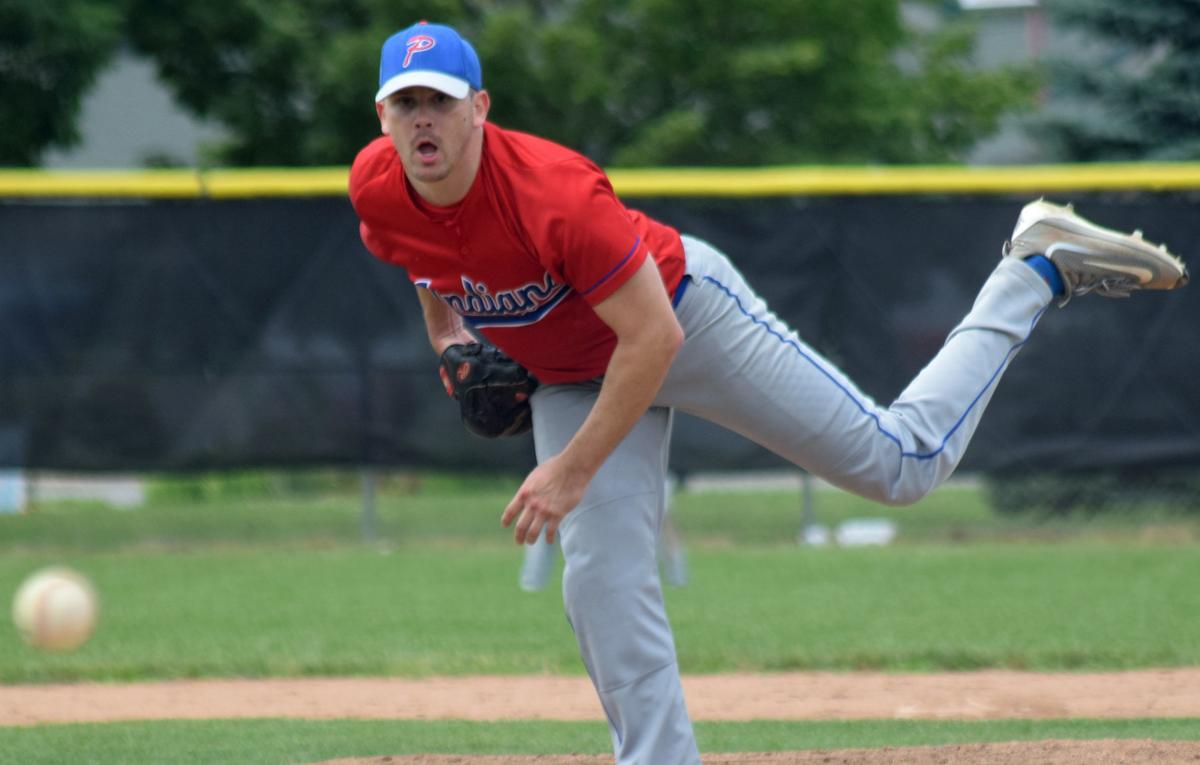 Poynette's Anthony Mabrey delivers a pitch during a Home Talent League Eastern Section game against Portage on Sunday at Bidwell Field in Portage. The Indians finished last season 9-7, one game out of the playoffs for the third straight season, and are hungry for a deep postseason run in 2020. 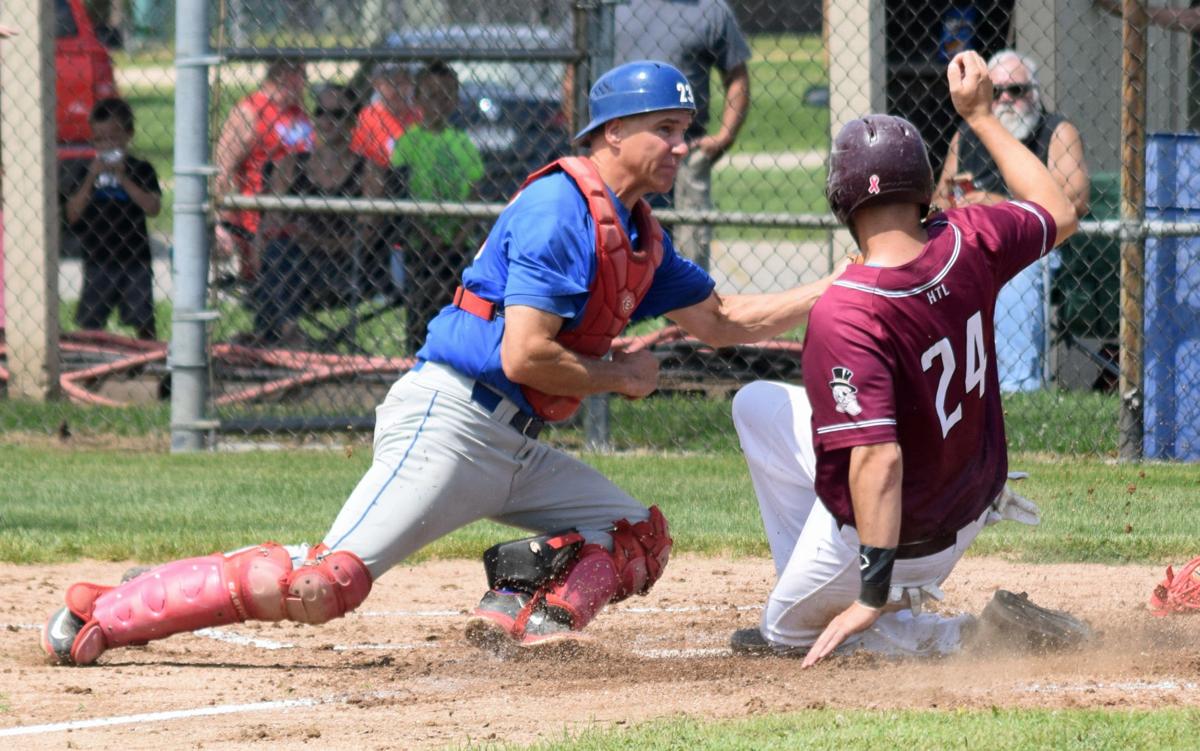 Poynette catcher Davy Tomlinson is late trying to tag out DeForest's Kendall Frank in a play at the plate during a Home Talent League Eastern Section game last season. Tomlinson is entering his 37th season playing for the Indians. 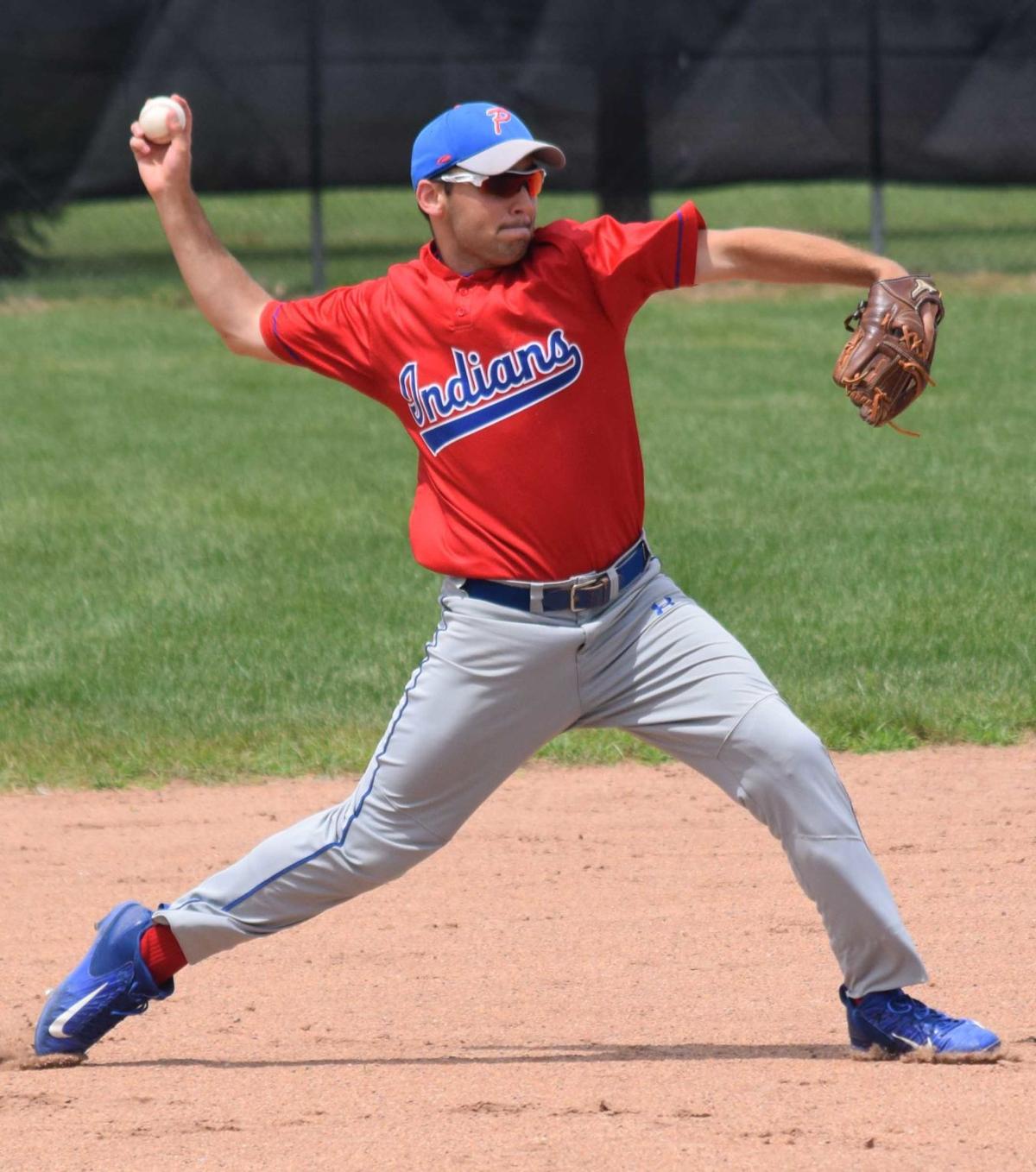 Poynette's Steven Leiterman readies a throw to first base for an out during a Home Talent League Eastern Section game against Portage last season. Leiterman is expected to take on a bigger role in 2020 following the loss of Jalen Knuteson. 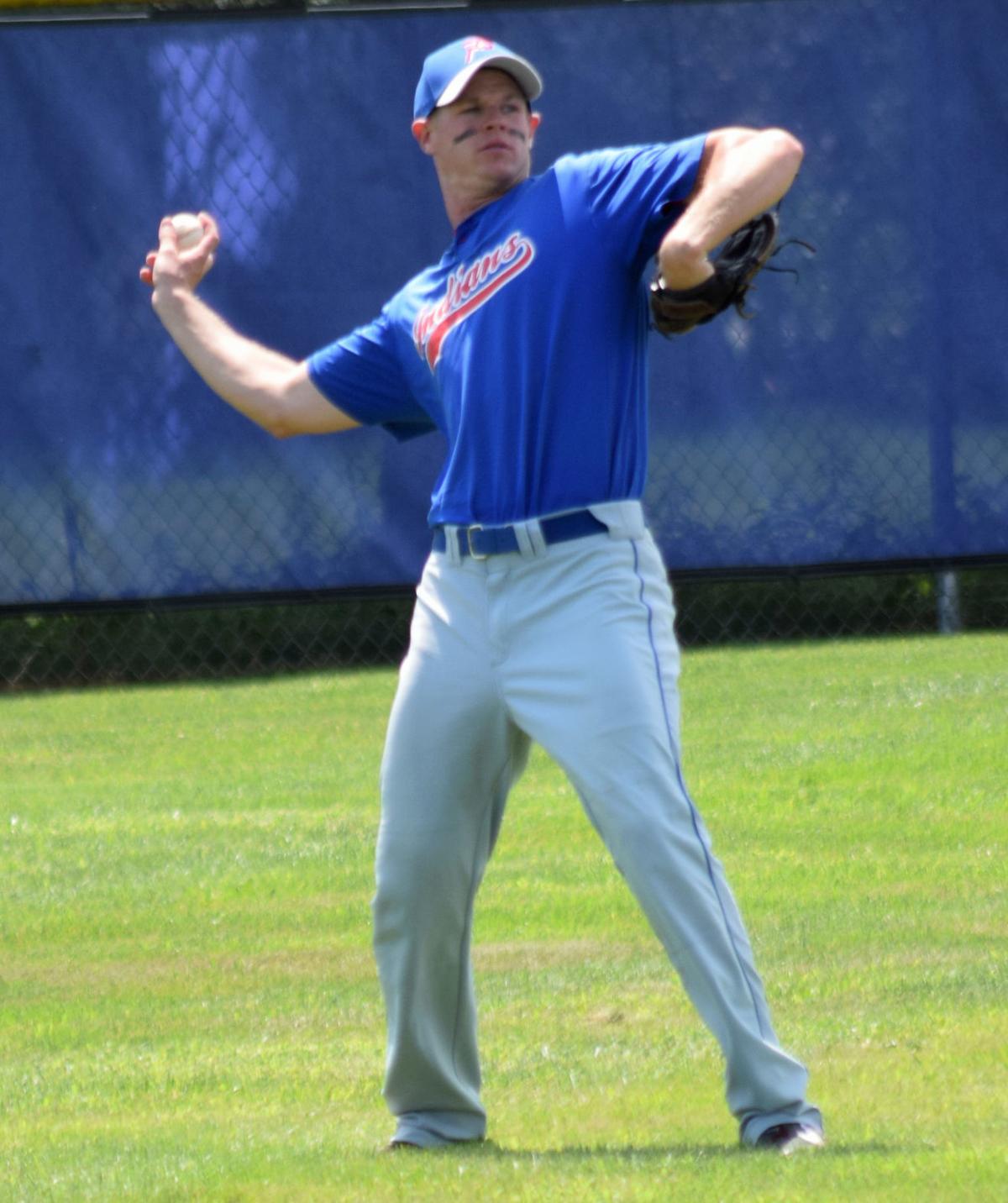 The Poynette Indians Home Talent League baseball team is all too familiar with playoff race heartbreak, missing the postseason by a single game each of the last three years.

Following those repeated letdowns, the Indians are hungry to not only reach the playoffs, but make it to their first HTL Final Four since 2006. With a tightknit core returning from last year’s team that finished oh so close, that might be in the cards in the abbreviated 2020 season.

While the Sunday League season will only be eight games due to the COVID-19 pandemic, overall player/manager Davy Tomlinson is just excited for baseball.

“I’m happy, relieved and on behalf of our guys, I was happy because they all just wanted to play. So when the league voted to move forward, I was happy for them,” Tomlinson said.

Poynette will have plenty of familiar faces back from last year’s team that went 9-7 overall, with nine players back from the already slim rotation. That’s not to say the Indians don’t have some holes to fill with the loss of six players, most notably Jalen Knuteson.

A regular in the Indians lineup, Knuteson was Poynette’s leadoff batter and starting shortstop, but is unavailable to play this year for personal reasons. Among the six players not returning, Tomlinson knows Knuteson’s shoes may be the biggest to fill.

Along with Knuteson, the Indians will be without Rodney Curtis, Cody Matush, Kelsey DeBoer, Austin Gray and Noah Stark. While the team’s bench took a hit, Poynette’s starting roster is chock full of experience from top-to-bottom.

Among the returnees are veterans Anthony Mabrey, Aaron Krigbaum, Dylan Tomlinson, Alex O’Connor and Kory Ryan. The versatile Indians also return Steven Leiterman and Ryan Hutchinson, who are entering their third season with the team, as well as Kyle Bestul, who made his debut last season.

With the loss of Knuteson, Davy Tomlinson is expecting bigger things from Leiterman, as well as Dylan Tomlinson and Hutchinson.

“There’s a good chance he’ll move into the leadoff spot like Jalen was, and we’re expecting a lot out of him for sure,” Davy Tomlinson said of Leiterman. “And Dylan and Ryan are both guys that can just takeoff and have just great seasons.”

Along with the returnees, Poynette is adding a trio of to-be seniors in Riley Radewan, Jake Keller and Dacota Potter. The group has already made some appearances in the Indians’ early season exhibition games and will play in every exhibition game throughout the regular season, according to Davy Tomlinson.

That experience could be vital should they get into Sunday League action, but it’s a large jump up from high school ball and Tomlinson said there are no promises on playing time.

“There’s just no guarantees to as how much, but all three are on board and pretty gung-ho about playing,” he said.

According to Davy Tomlinson, who is entering his 33rd year as manager, that gung-ho attitude is present throughout the Indians lineup.

“I would say these guys are as hungry as they’ve ever been. We’ve got some guys where this is probably the finale for them, so there may be even a little more drive for these guys to make a run of some kind,” he said.

The possibility of a deep playoff run is definitely open this season with the Eastern Section adopting an eight-team playoff. While he’s understanding of the reasoning behind getting more teams another game, Tomlinson admitted he voted against the expansion.

“I do understand that, but that eighth place team shouldn’t have that opportunity to knock off the first place team in the playoffs,” he said. “In my mind they haven’t earned that right, but I do understand both sides, I just voted against it.”

The Indians came close to snapping a two-year skid last season, forcing a win-or-go-home game in the regular season finale against DeForest. Poynette wasn’t up to snuff however, falling to the Deacons, 16-3, to finish one game back of the playoffs.

Tomlinson acknowledges how pivotal returning a majority of that team is this season when every game of the eight-game schedule counts.

“That’ll be really big; having that same group of guys playing together and experienced. People who want to make the playoffs and have a great season, really need to come out of the gate ready,” he said. “You don’t have a 16-game season to kind of mold and figure out who you are; you better come out ready to go or you’re going to fall behind pretty fast.”

On top of that experience, Tomlinson knows the group’s consistency will be imperative. It also helps that the Indians’ cohesiveness is intertwined on and off the field.

“I wouldn’t pick out any specific position that we’re really, super strong at, but as a group we do play pretty well together. It’s the old saying ‘The whole is greater than the sum of its parts.’ We don’t have any stars, we just have guys who love to play and they play the game really well together,” he said.

Like most teams, the Indians have added plenty of opponents to make up for the lost number of Sunday League games, picking up nine exhibition games. Poynette is scheduled to open the regular season on July 4 against Monona at Pauqette Park. While at their home park, the Indians will be listed as the road team for the season opener, a luxury for Tomlinson.

“You like playing at home, and even though we won’t be the home team on the scoreboard, it’s nice to be at your own field to play, especially against a good team like Monona. That’s a big deal,” Tomlinson said.

Poynette's Anthony Mabrey delivers a pitch during a Home Talent League Eastern Section game against Portage on Sunday at Bidwell Field in Portage. The Indians finished last season 9-7, one game out of the playoffs for the third straight season, and are hungry for a deep postseason run in 2020.

Poynette catcher Davy Tomlinson is late trying to tag out DeForest's Kendall Frank in a play at the plate during a Home Talent League Eastern Section game last season. Tomlinson is entering his 37th season playing for the Indians.

Poynette's Steven Leiterman readies a throw to first base for an out during a Home Talent League Eastern Section game against Portage last season. Leiterman is expected to take on a bigger role in 2020 following the loss of Jalen Knuteson.