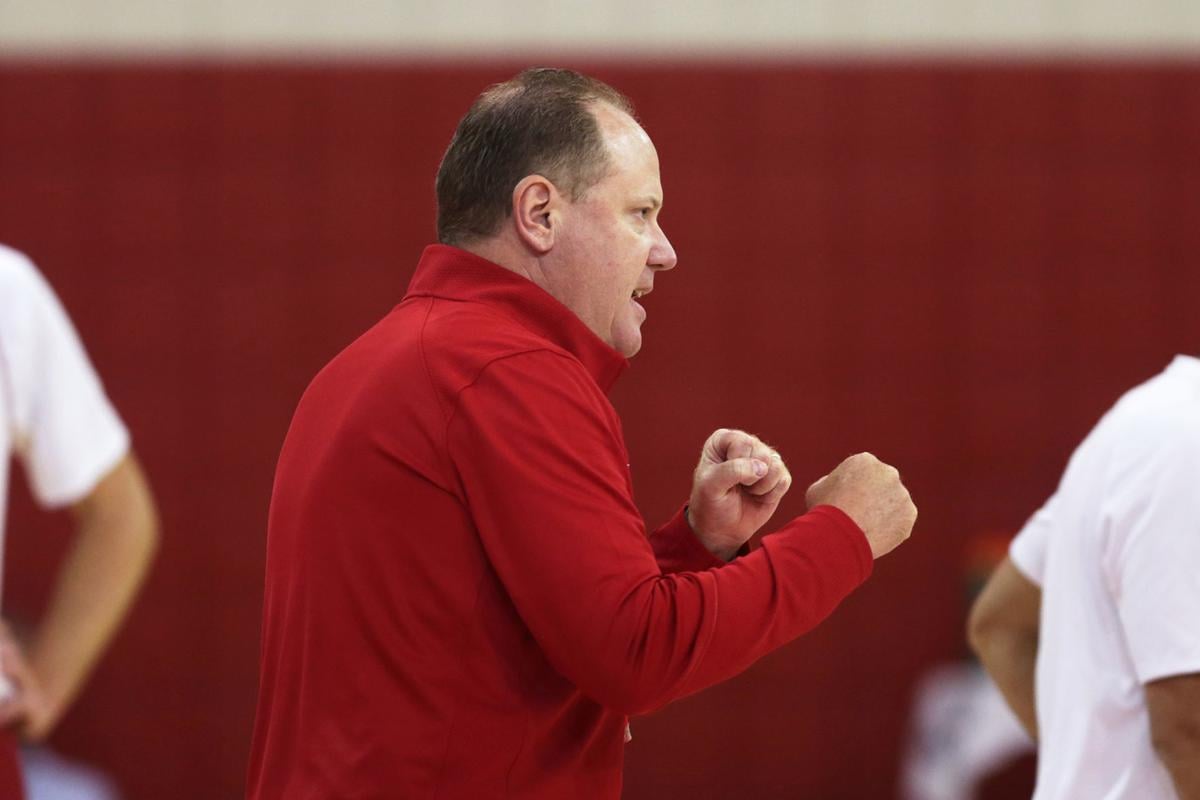 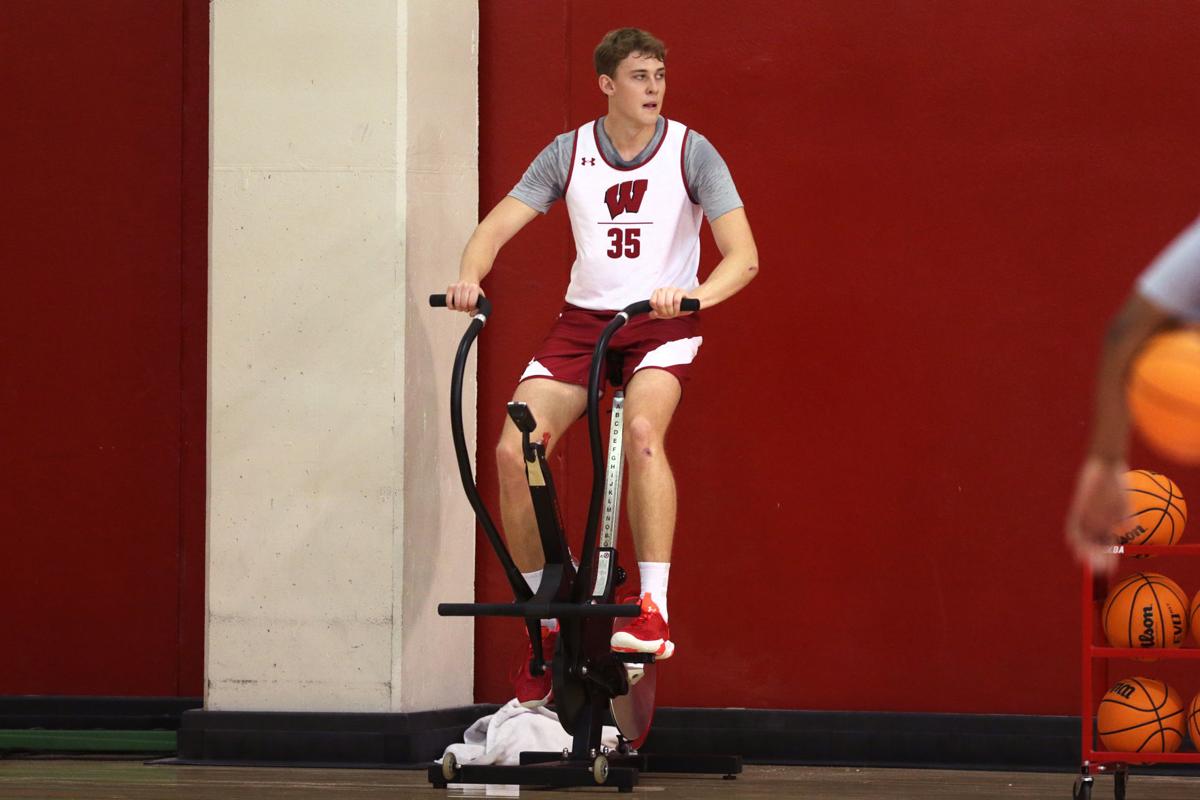 Wisconsin's Markus Ilver warms up on the bike during practice at the Nicholas-Johnson Pavilion in Madison, Wis., Monday, Oct. 11, 2021. KAYLA WOLF, STATE JOURNAL 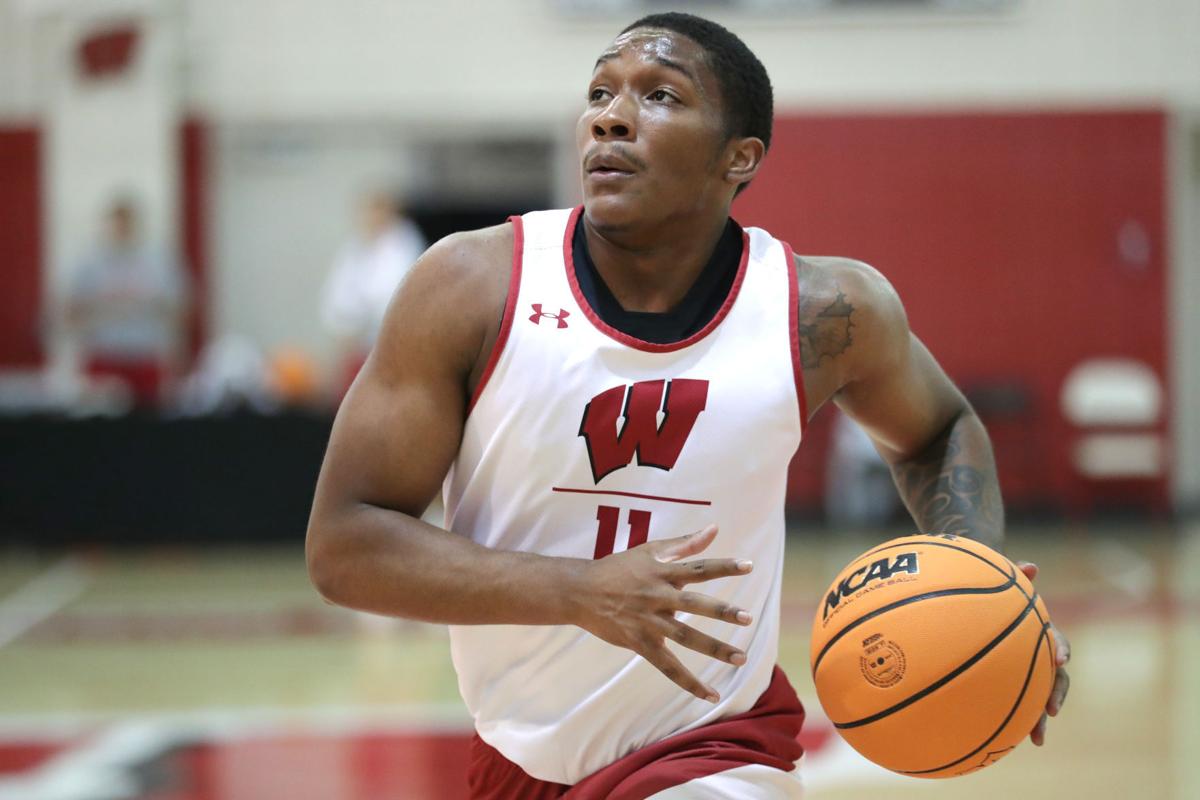 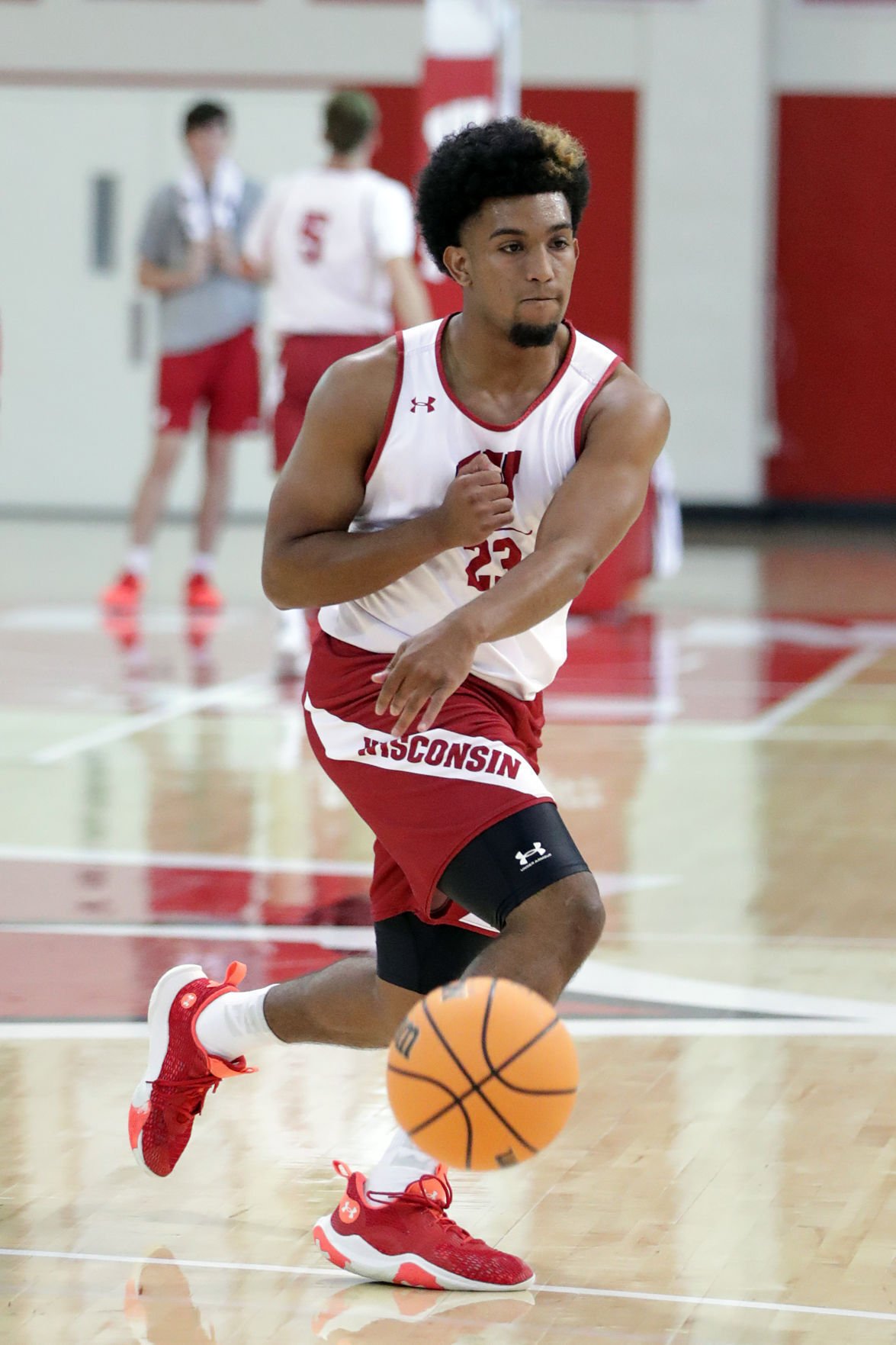 It was the first time Gard met them in person, and he was moving them into their residence halls or apartments.

Transfers Chris Vogt and Jacobi Neath as well as freshman Markus Ilver were all recruited completely virtually due to COVID-19 restrictions.

Virtual recruiting meant the three had never been to campus, hadn’t met any coaching personnel or players in person and hadn’t seen any of the facilities in person.

Vogt, a fifth-year senior center who previously played and had in-person recruiting experiences at Northern Kentucky and Cincinnati, said he had plenty of tours through FaceTime and slideshows, but it didn’t compare to the real deal.

“It was a little weird, but that’s kind of how the whole past year and a half has been — just everything’s been virtual,” Vogt said. “It made a little difference as far as not being able to meet people in person and talk to them face to face, but overall I connected pretty well with this coaching staff and a lot of values were pretty aligned.”

Ilver, who didn’t have a typical recruiting experience for comparison, said a good chunk of his recruiting was going to be virtual anyway because he’s from Estonia. He played basketball at his prep school, Western Reserve Academy in Hudson, Ohio, but because of COVID-19 UW coaches were never able to see him in person.

The freshman forward wasn’t able to visit any campuses of schools that recruited him. He also didn’t have a lot of knowledge about college basketball in general, so when it came time to make his decision, he had to go with his gut.

Assistant coach Joe Krabbenhoft said Ilver is farther along in his development than any of the coaches expected. He didn’t know what they were going to see from Ilver because they’d only ever watched him play through a screen.

“I remember seeing him for the first time in person and I said, ‘Man, you’re a lot taller and bigger than I thought you’d be,’” Krabbenhoft said. “He goes, ‘Yeah, Coach, I told you I was 6-9. You didn’t believe me?’ I did but you never know.”

The coaching staff was able to do their homework on Vogt and Neath by talking to the players’ former college and high school coaches.

Gard said they knew they wanted to recruit mature players who had experienced success. Vogt won the Horizon League twice with Northern Kentucky and the American Athletic Conference with Cincinnati in 2019-20.

Neath brought in some much-needed depth in the guard position. The Badgers lost three-year starting point guard D’Mitrik Trice, and, while they knew they were bringing in a young point guard in Chucky Hepburn, Neath had experience from playing two seasons at Wake Forest.

UW reached out to Neath when he entered the transfer portal, and he knew it could be a good fit. He leaned on his former high school coach Ro Russell in Toronto, who had helped Neath navigate recruiting both times to help make his decision.

Neath is coming off of what he called a “bad year” both team wise and individually last season. He transferred from Wake Forest after playing in 20 games and averaging 3.8 points and 1.7 assists per game in 2020-21.

UW shared its plan for Neath over many Zoom calls, and Neath let the Badgers know what he could bring to the team. He said he perfectly fit in with the type of student-athletes the Badgers have on their roster.

“I’m not a high school kid anymore,” Neath said. “You don’t have to sell me with all the, you know, shiny gems and the shiny shoes and gear. I wanted a place where I felt like I could fit in on the team. They just let me know the type of player that they believe I am. And their belief in me helped me believe in myself alive as well.”

Wisconsin's Markus Ilver warms up on the bike during practice at the Nicholas-Johnson Pavilion in Madison, Wis., Monday, Oct. 11, 2021. KAYLA WOLF, STATE JOURNAL