The pregame entrance of University of Wisconsin men's hockey players to the Kohl Center ice in 2022 happens amid spotlights, smoke machines and a video board spectacle.

A century ago, its coach arrived on campus for outdoor games and practices in an ice boat.

The first varsity game in UW hockey records took place 100 years ago Friday, when spectators were charged 35 cents — the equivalent of $5.77 in today's dollars — to watch at a rink set up on what's now Library Mall across from Memorial Union.

You'd probably be able to collect at least that much today to see a college coach make the kind of journey that Dr. A.K. Viner did to get to campus in the first season.

Viner — known as A.C. in UW's modern records but referred to as A.K. in contemporary accounts — worked on the north side of Lake Mendota. The campus rink was at the south side of the lake. The most direct route is a straight line, and that's how Viner got to his side gig as the UW coach, according to news reports.

"A daily ice boat journey across Lake Mendota will enable Dr. A.K. Viner to supervise the practices of the Varsity hockey squad and fulfill his new duties as coach of the team," both The Capital Times and The Daily Cardinal reported Jan. 7, 1922.

"He is stationed at the Mendota hospital and will make the trip in a boat furnished by the athletic department. Love of the sport has caused Viner, who was a star hockey player on the Toronto university team, to devote some time each day to coaching."

Hockey had been played at UW for years, but the 1921-22 school year was the first in which it was considered to be a "minor sport" in the athletic department.

Michigan originally was scheduled to be the opponent for the Jan. 14 season opener, but it wired the day before the game that it was backing out.

"Soft ice at Ann Arbor which prevented practice and the Wolverines' desire for two games instead of one caused a postponement," The Capital Times reported on the day of the game.

A team from the Milwaukee Athletic Club stepped in and defeated UW 4-1. It was a one-goal game after two periods, but the Badgers buckled in the third.

Milewski on Hockey: How recruits view the struggles of the Wisconsin men's team

"Lack of endurance weakened their attack and permitted Captain (A.J.) Schinners to drive the puck in for two more goals," the Wisconsin State Journal wrote the next day.

The Badger yearbook reported: "A large crowd of spectators was well satisfied with its view of a big-time hockey game."

Badgers captain Gilbert C. Grieve got high marks for his performance that season, but UW finished 0-8, facing Minnesota twice at home and twice on the road, Michigan twice at home and Notre Dame for a single game in Indiana. New reporters in February claimed the team was hampered in practice by bad ice.

Viner didn't get his first UW coaching victory until Jan. 20, 1923, against Michigan, to end an 11-loss start for the program. He spent two seasons as coach before former UW player Bob Blodgett took over.

The writers of the Badger yearbook were convinced from the first winless season that hockey was on the rise at UW. "Increased interest will be taken in the sport next year, more candidates will report to the coach, and the development of prospective stars this year will aid in making Hockey one of the most important minor sports on the Wisconsin calendar."

UW fielded a hockey team for 14 seasons through 1935, although the school dropped it from the intercollegiate program in 1933 after the Great Depression slashed athletics revenue. UW's Centennial Sports Review published in 1948 said the sport hadn't returned "mostly because of poor weather conditions and lack of suitable facilities."

The program was revived in 1963 and six seasons later was added to the Western Collegiate Hockey Association and made its first of 12 NCAA Frozen Four appearances.

A year of major changes and obstacles overcome just to get games on the schedule made it tough to pick, but these are Todd D. Milewski's five favorite stories from 2021.

Tony Granato, his wife Linda and some of his teammates took a look back at a frightening period of time when he needed surgery to not just ret…

Cole Caufield's remarkable shot, and how it compares to his Badgers predecessors

Former Badgers men's hockey goalies got together to chat about what makes for a great shooter, some of the best they faced and how Cole Caufie…

Daryl Watts opens up about Hockey Canada snub, her famous OT goal and why she's pumped for 1 last season with the Badgers

Badgers women's hockey star Daryl Watts didn't make Canada's residency program to pick the Olympic team and she was tired of holding back about it.

Move out, clean, move in: A look inside the craziness of Badgers hockey doubleheader days at LaBahn Arena

The COVID-19 pandemic changed so much of the 2020-21 sports season, and this was a look inside the logistics of playing men's and women's hock…

When Barry Alvarez announced his retirement as Badgers athletic director, all sorts of people connected to UW now or in the past had ways of f…

The Badgers rallied with two power-play goals in the third period to complete a series sweep.

The Badgers scored three times in the first period to spark a victory in the series opener against Michigan State at the Kohl Center.

Wisconsin, Minnesota both ranked in top 5 ahead of season's second Border Battle series

The Badgers are No. 1 and the Golden Gophers No. 5 in the USCHO poll released Monday. The teams play Friday and Saturday in Minneapolis.

An error that contributed to the Badgers' loss to the Gophers in December is fueling goaltender Kennedy Blair's desire to play well in this weekend's women's hockey series in Minneapolis.

Badgers games against St. Thomas were originally scheduled for LaBahn Arena last Saturday and Sunday but the Tommies backed out because of COVID-19 cases.

Wisconsin men's hockey coach Tony Granato had pointed comments about officiating after Roman Ahcan was ejected from a game for the third time this season.

How Wisconsin's special teams have turned around, fueling a better set of results

The Badgers' penalty kill and power play have gone from negative factors to positive ones in the Wisconsin men's hockey team's last eight games.

The Buckeyes scored three times in the third period to overcome the Badgers.

Neither team has an open weekend to reschedule the WCHA games that were set for Saturday and Sunday at LaBahn Arena. 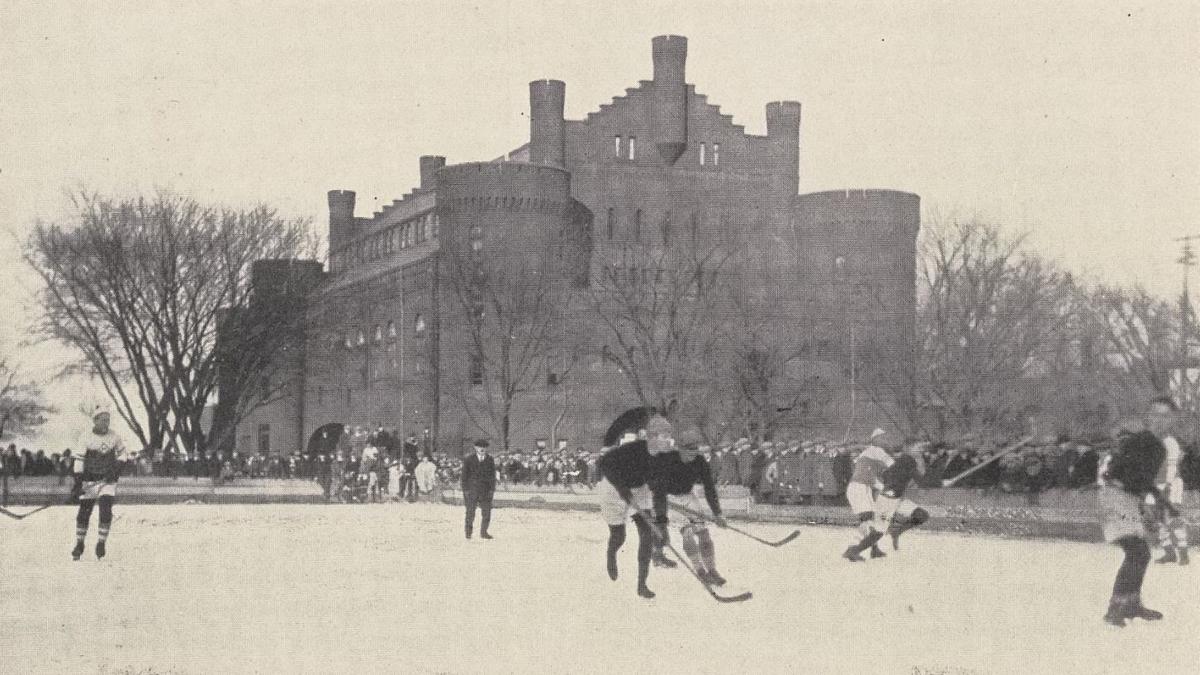 A photo in the 1923 Badger yearbook shows a Wisconsin hockey game on the rink where Library Mall now stands. 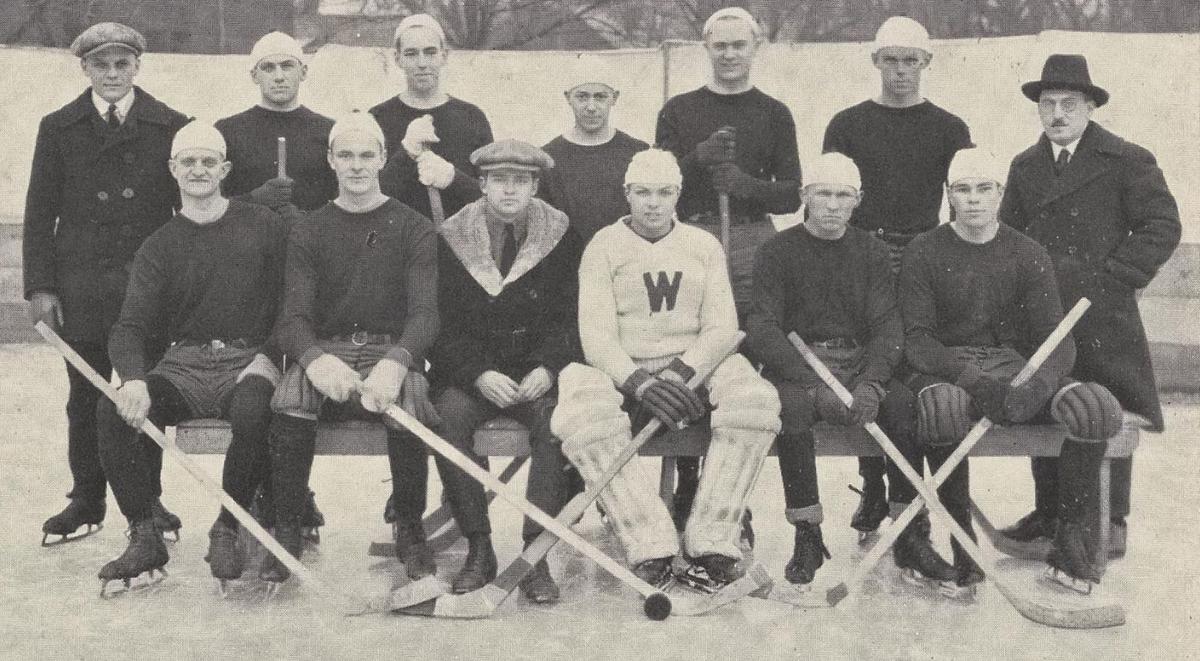 A photo in the 1923 Badger yearbook shows the 1922 Wisconsin hockey team. Coach A.K. Viner is at right.