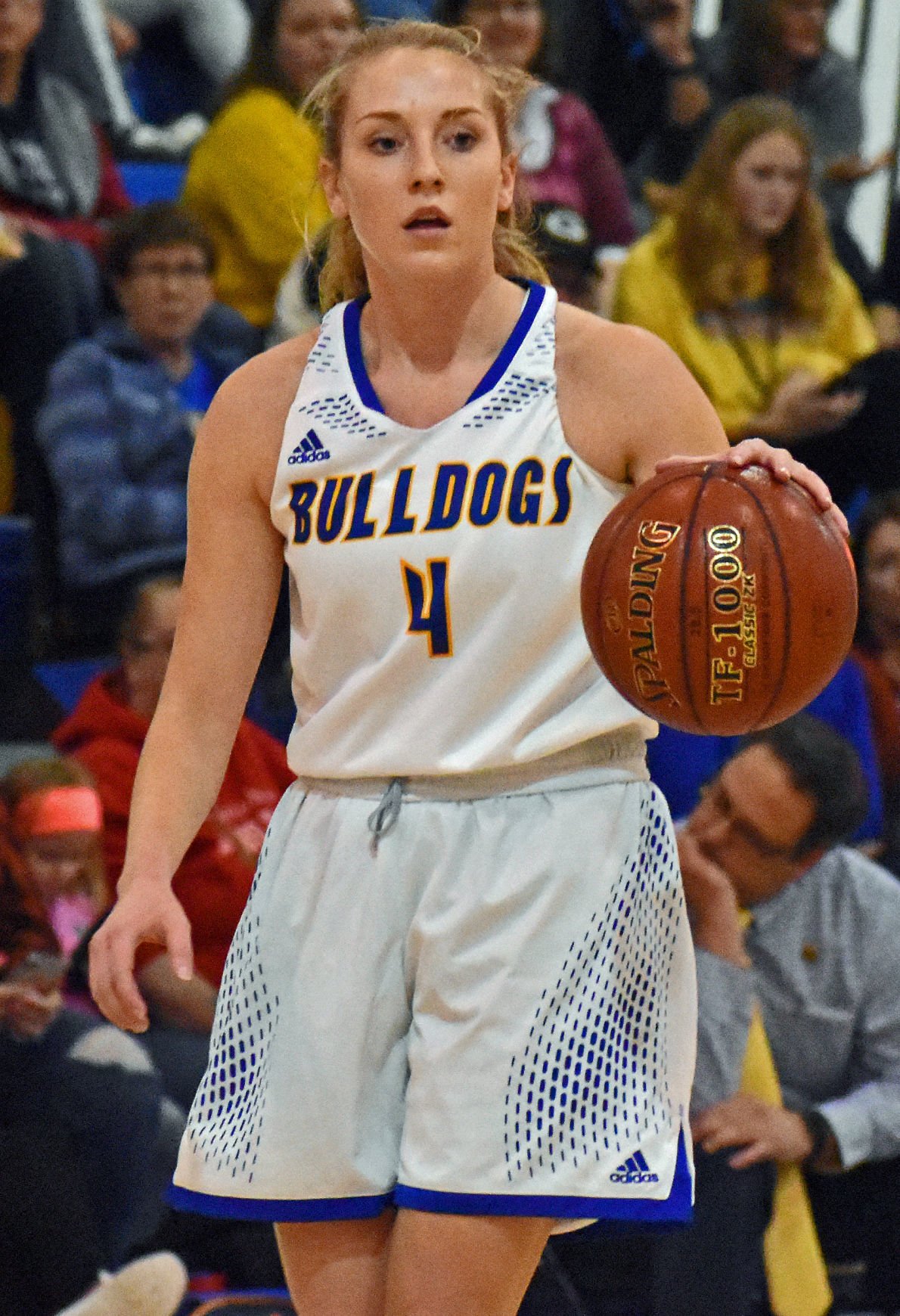 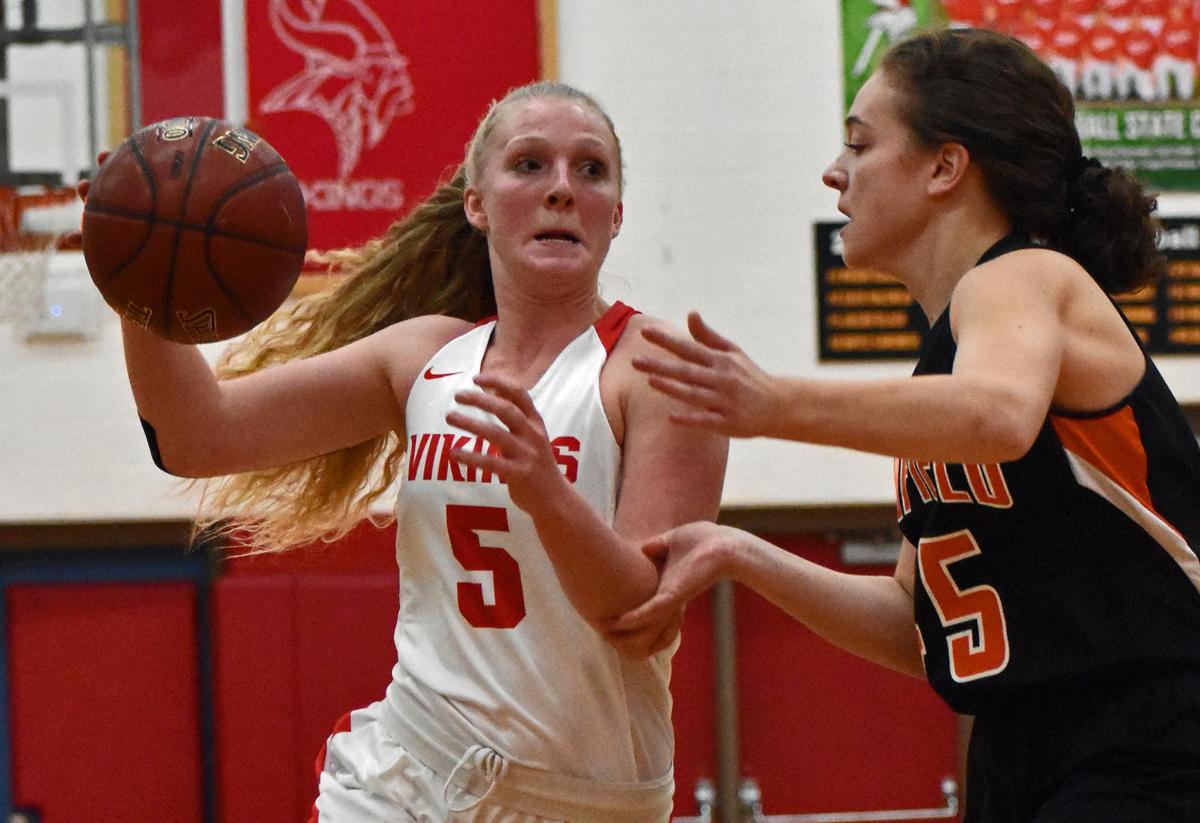 Rio junior Adeline Hutzler drives to the basket during a game against Oakfield earlier this season. Hutzler earned honorable mention in the Trailways West Conference as a sophomore last season.

The 2019-20 prep girls basketball season tipped off two weeks ago, and judging by some of the early performances, there is no lack of talent on area rosters this season.

Here is a look at 10 of the area’s top girls basketball players this season. The players appear on the list in alphabetical order.

The Westfield guard was a unanimous All-South Central Conference first team pick last season, when she averaged 14.6 points per game. Brakebush will once again lead the way for a Westfield team that was 12-11 last season. Through the first three games this season, Brakebush is averaging 13 points and 4.3 assists per game.

Through three games, the 5-foot-7 Brandner has emerged as Portage’s top scoring threat this season, as she is averaging 9.3 points per contest. That includes 13 points in Portage’s 41-40 loss to Milwaukee Marshall on Nov. 22. Brandner will be counted on by the Warriors to score points this season after last year’s top three scorers either graduated or didn’t go out for basketball this season.

The Pardeeville 5-foot-5 guard enters her final season after earning All-Trailways West Conference second team honors each of the previous two seasons. Brouette led the Bulldogs, who finished 11-12 a year ago, in scoring at 9.6 points per game and assists at 4.1 per game last season. She will be relied on to be Pardeeville’s primary ball handler.

The 5-foot-9 forward is both a dependable rebounder and scorer for Pardeeville. She pulled down 11 rebounds in Pardeeville’s season-opening loss to Wisconsin Heights on Nov. 19, and also had 12 points in a 58-26 win over Hustisford on Nov. 21. DeLapp averaged 8.5 points and a team-high 6.9 rebounds per game last season on her way to earning honorable mention in the Trailways West Conference.

The 5-foot-8 forward will be one of the players relied on to pick up the scoring punch that was lost when her older sister Jordyn Hutzler and her 21.7 points per game graduated in the spring. Adeline Hutzler, who earned honorable mention in the Trailways West Conference last season, is Rio’s top returning scorer (8.7 points per game) and rebounder (6.6 per game). In Rio’s 48-45 victory over Oakfield on Nov. 19, Adeline Hutzler recorded a double-double with 13 points and 15 rebounds.

The 5-foot-8 forward recorded a double-double with 13 points and 10 rebounds in a 48-38 loss to Deerfield on Nov. 25. Last season, Jones led the Toppers in scoring at 10.2 points per game, and assists at 2.3 per contest. Jones showed what she is capable of last season when she scored 38 points in a 77-57 win over Montello. Jones earned honorable mention in the Trailways West Conference last season.

The 5-foot-10 guard is Lodi’s second returning leading scorer after averaging 9.9 points per game last season. Kolinski, who was an All-Capitol North Conference second team pick last season, could be on the verge of making a big jump after scoring a game-high 31 points and pulling down seven rebounds in a 67-25 thumping of Wisconsin Dells last week.

The 5-foot-11 guard was an All-Capitol North Conference first team pick last season when she averaged 13.2 points and 4 rebounds per game. Milne scored in double figures in 20 of 23 games last season, including her 23-point effort in a 57-42 victory over Watertown Luther Prep. She scored 12 points in last week’s victory over Wisconsin Dells.

The 5-foot-4 guard earned honorable mention in the Capitol North Conference last season when she averaged 7 points per game. Morter was one of Poynette’s leading outside threats last season when she finished with 27 made 3-pointers, including four in a 60-58 win over Watertown Luther Prep. Morter will be one of the players the Pumas count on to replace Hanna Walters, who graduated after scoring 13.6 points per game last season.

Urbaniak is the top returning scorer for a Montello team that opened the season with a 51-39 win over Plainfield Tri-County on Nov. 21. In that win, Urbaniak stuffed the state sheet, scoring a game-high 23 points to go along with eight rebounds, two assists, two steals and four blocks. Last season, Urbaniak had some big games for the Hilltoppers, including a 20-rebound, 11-point effort in a loss to Almond-Bancroft.

RIO — Not wanting to enter the postseason on a losing streak, the Rio girls basketball team used Thursday’s non-conference game against Horico…

Rio junior Adeline Hutzler drives to the basket during a game against Oakfield earlier this season. Hutzler earned honorable mention in the Trailways West Conference as a sophomore last season.