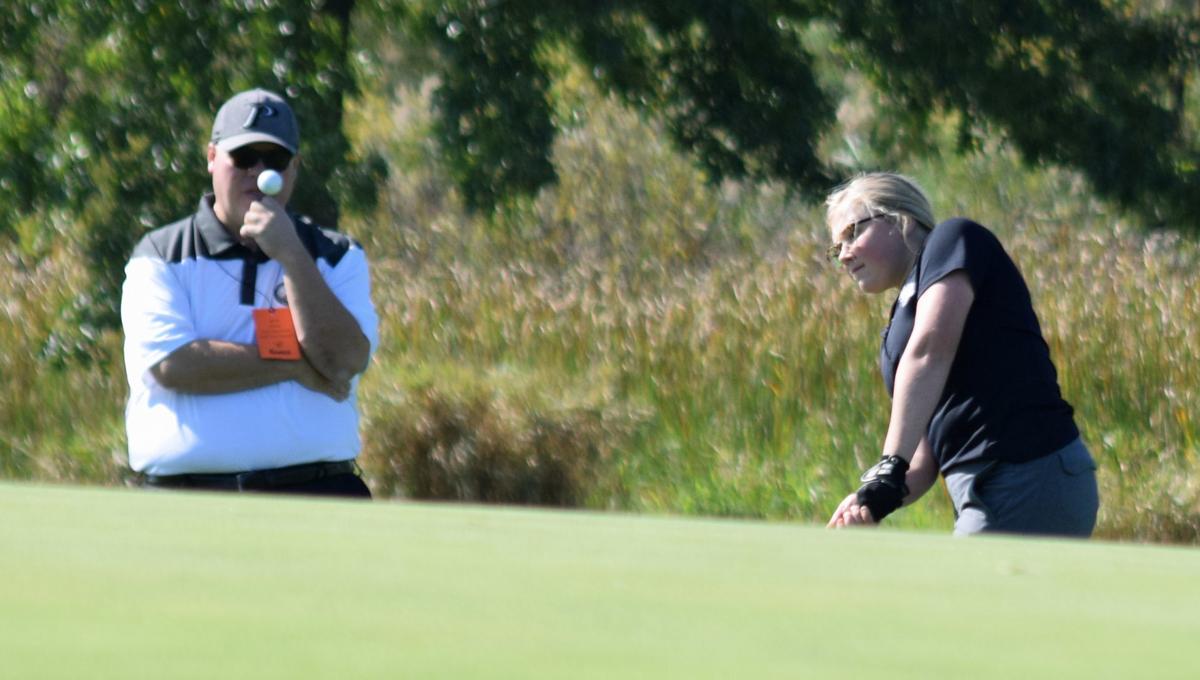 Portage junior Sophie Denure chips out of a bunker on the par-4 sixth hole as coach Ed Carlson looks on during Tuesday's WIAA Division 1 DeForest girls golf sectional at The Oaks in Cottage Grove. 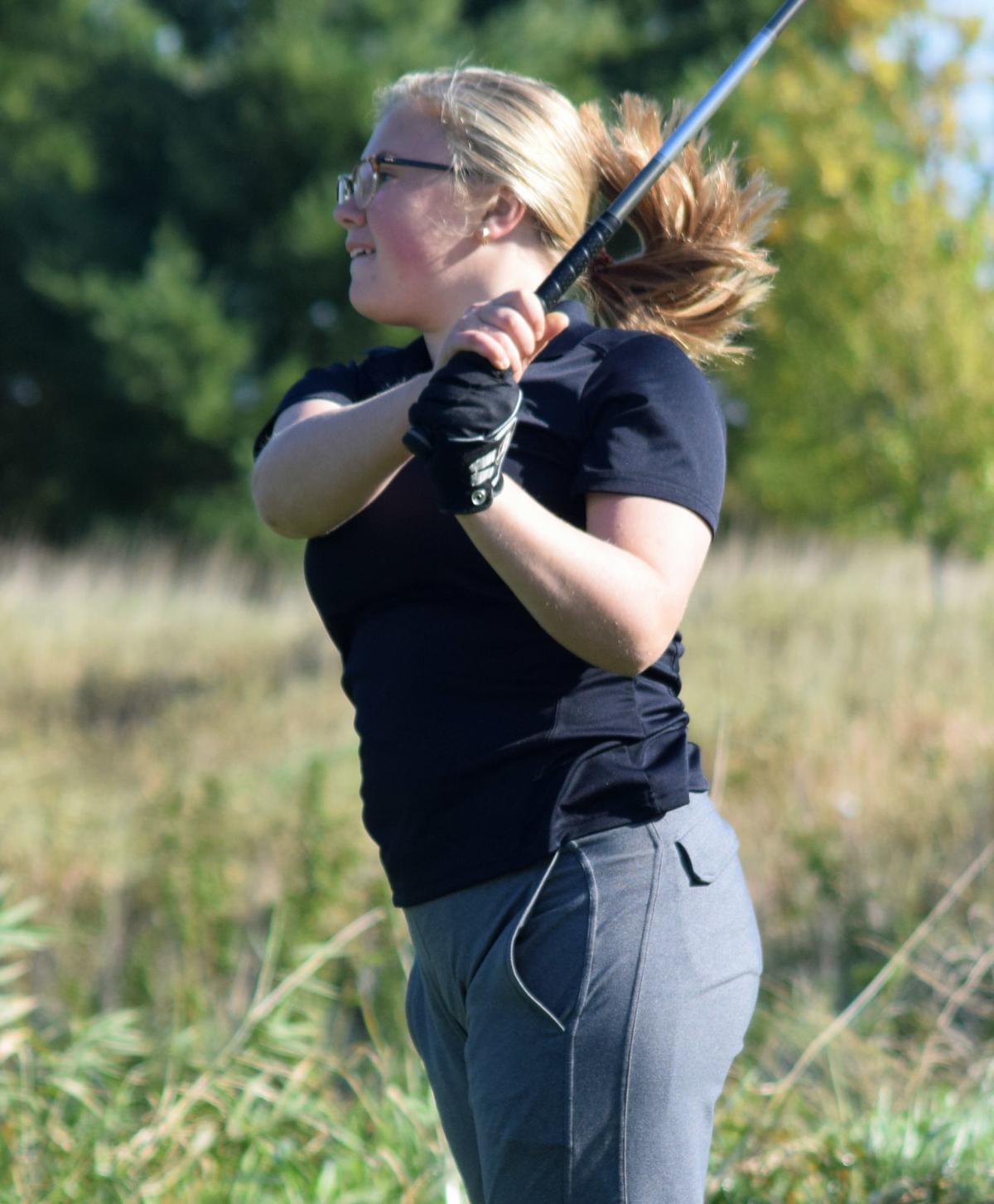 Tuesday’s WIAA Division 1 DeForest Sectional didn’t go as hoped for Sophie Denure. The Portage junior struggled from the start and was never able to get anything going the rest of the day on her way to shooting a 24-over-par 94 and finishing in 23rd place at The Oaks in Cottage Grove.

Denure, who advanced to the sectional after shooting a 14-over-par 86 at the Baraboo Regional last week, made only four pars in her round on Tuesday. Denure’s round really took a turn for the worse when she took a 10 on the par-5 ninth hole, giving her a 49 on the front nine.

“The ninth hole was tough,” Portage coach Ed Carlson said. “That was kind of the one that knocked us out of it.”

Carlson said Denure had some bad luck around the greens, which were playing tough at The Oaks.

“They were probably the fastest greens we played on all year and they had some pins cut right on some ridges, so they really put a premium on precision,” Carlson said. “Just being off a little bit could make a pretty good shot seem mediocre to poor.”

Denure did play better on the back nine, shooting a 45, though she played better than her score would suggest, according to Carlson.

“I thought she played an unbelievable back nine. Her score didn’t represent how good she played,” Carlson said. “That really tells a lot about a player. When you can suck it up and find it inside to do it when you don’t really have your ultimate goal to play for, it says a lot about character.”

Portage came up just short of its goal of advancing to next Monday’s WIAA Division 1 sectional meet as a team, but not all was lost, as junior…

Portage junior Sophie Denure chips out of a bunker on the par-4 sixth hole as coach Ed Carlson looks on during Tuesday's WIAA Division 1 DeForest girls golf sectional at The Oaks in Cottage Grove.