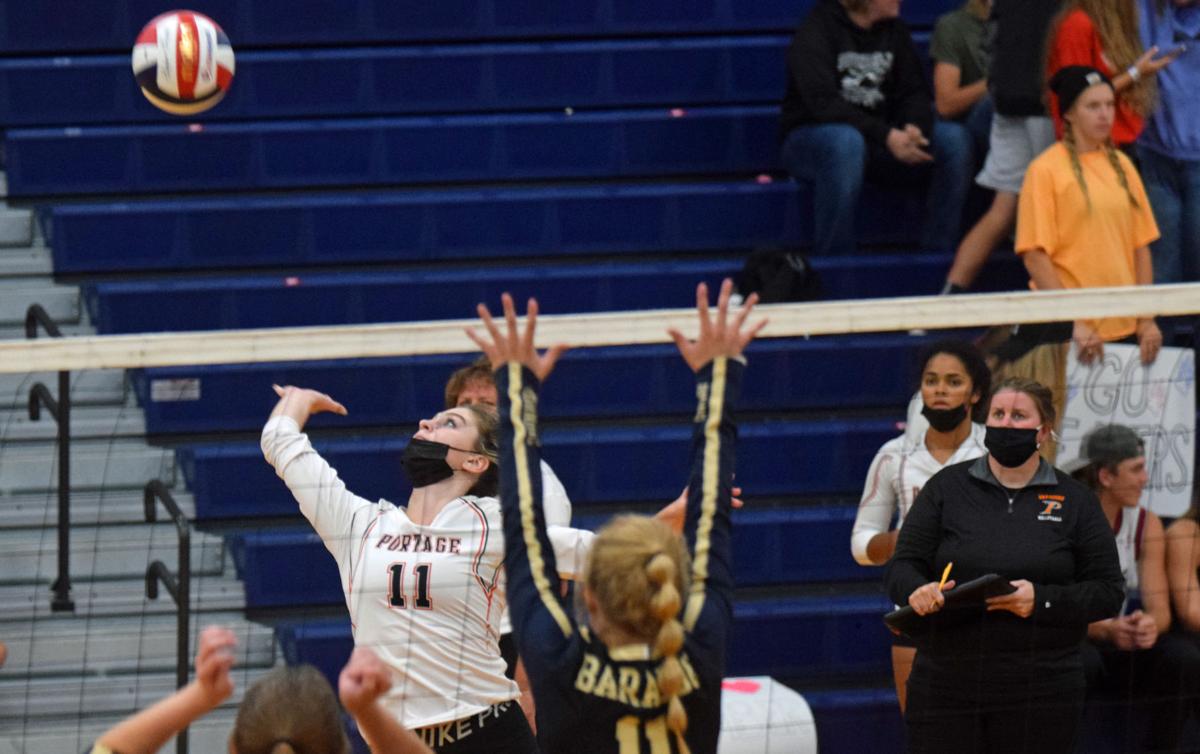 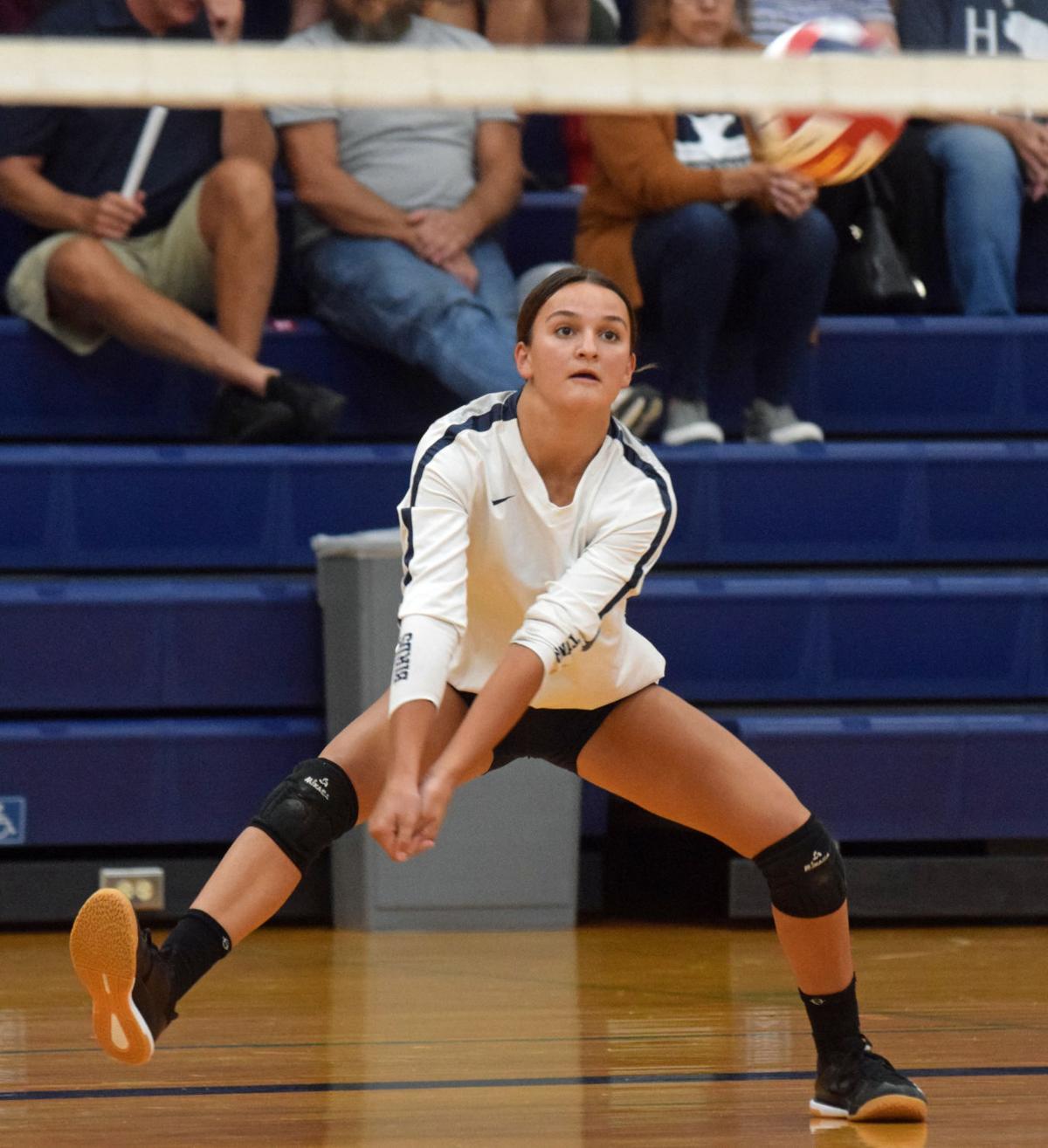 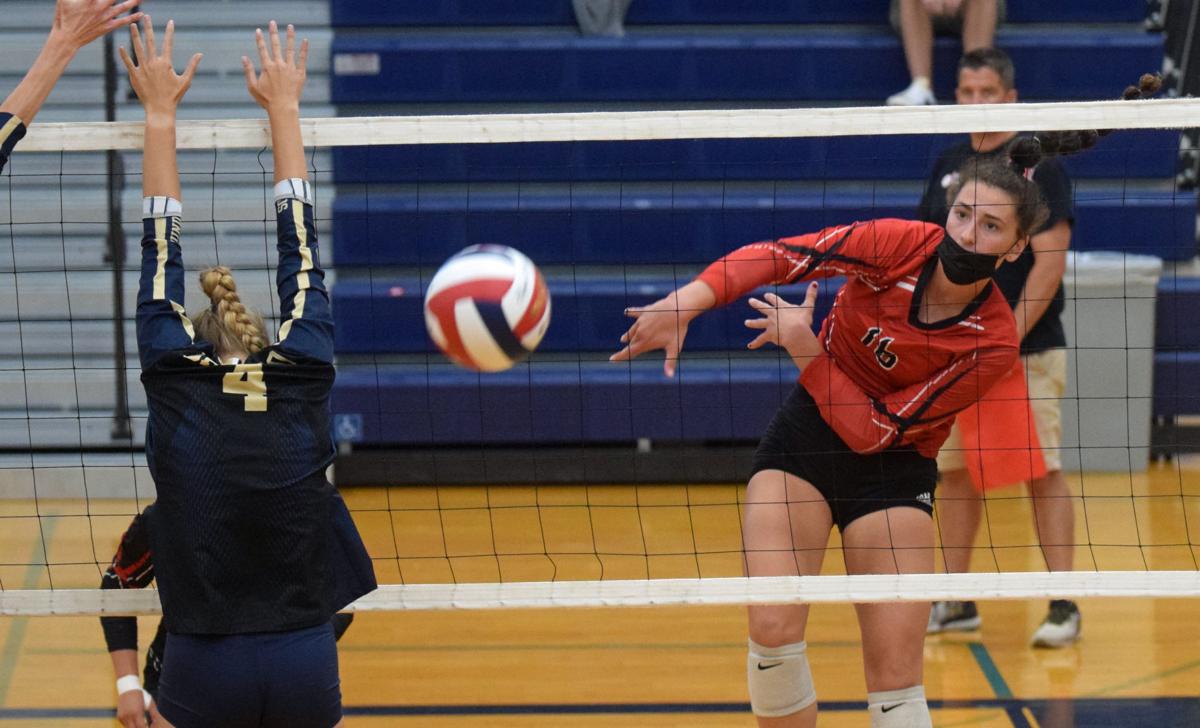 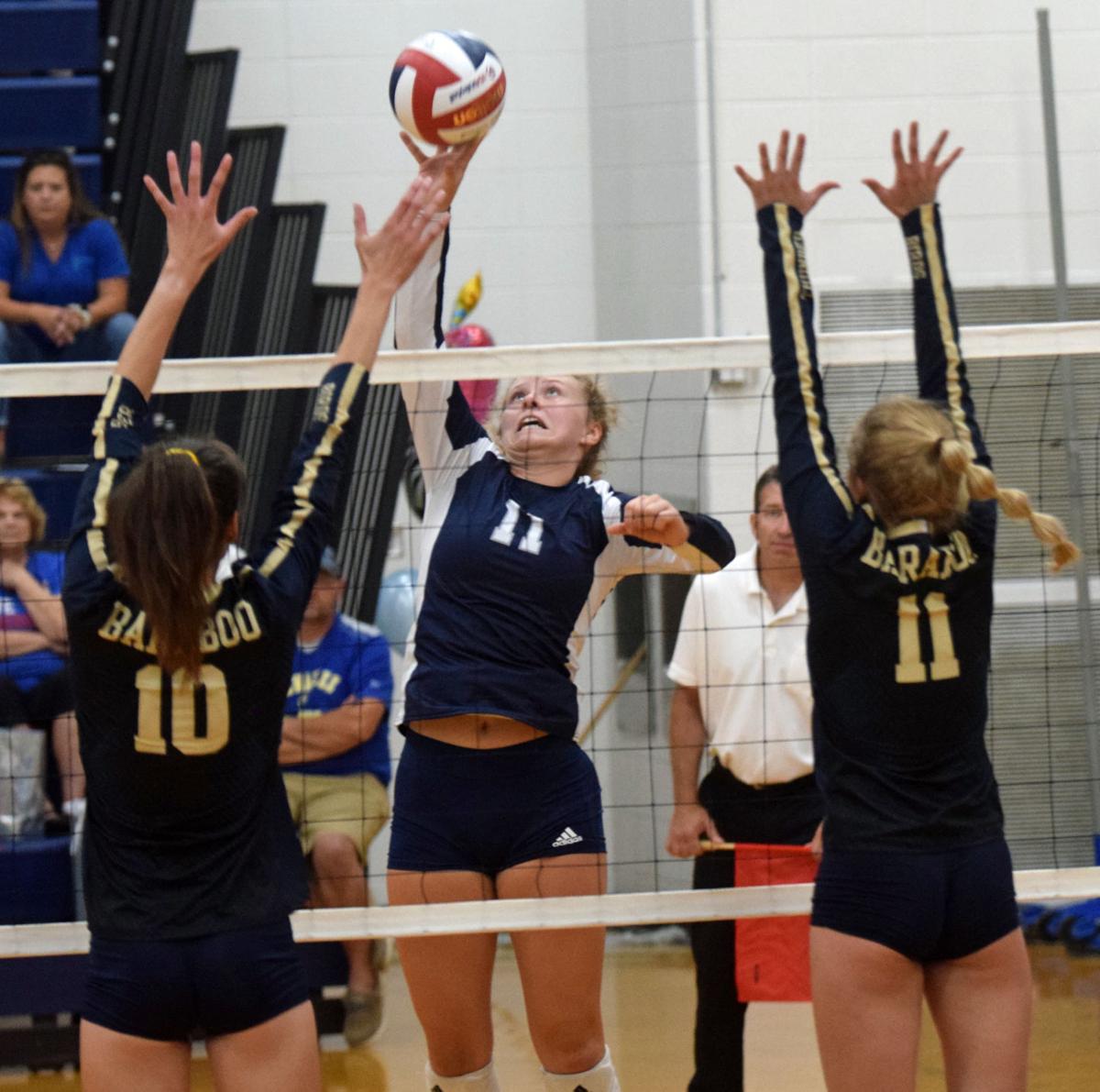 REEDSBURG — Aside from the occasional regular season tournament and in the playoffs, prep volleyball teams from the same conference rarely meet outside of league play.

The Badger Conference’s shift away from a North/South alignment to a new East/West configuration, including four, four-team divisions, presented rivals Baraboo, Portage, Reedsburg and Sauk Prairie a unique chance to do a little of both Tuesday night.

After the teams’ opening Badger West Conference matches on Aug. 31, the four foes that comprise the North Division faced off with one another in a quadrangular hosted by the Beavers. It was a chance for the quartet to get a taste of what they can expect in league play later in the year, and a welcome opportunity for area coaches.

“I think for this, it’s nice to come in and see what everybody is putting out on the table and then you can modify what you need to do down the road, when we have our duals against them,” added Portage coach Kristin Maass.

Sauk Prairie coach Amy Schlimgen admitted she was apprehensive to the idea at first, namely the timing of the event.

However, with all six matches combining to last just over two hours, things move along rather quickly. And even the limited downtime teams were presented with didn’t go wasted as the rivals were able to do some brief scouting in between matches.

“I love that and I love the scouting bit of volleyball,” Schlimgen said. “As soon as we were finished over here, we were turning around and watching the rest of that match. I think that’s really important and then feeling what they’ve got for you.”

Rather than having to study the Eagles, Warriors and Beavers against another team, Updike, like the rest of the coaches, can look back on what worked and didn’t ahead of the teams’ regular season duals.

Updike knows there will be plenty of adjustments in the future, and made sure to make the most of those chances Tuesday.

“I think we need to make sure we’re capitalizing on that and we see how other teams are adjusting to our play. We need to be able to do the same thing on a dime, too,” she added.

According to Reedsburg athletic director Bryan Yager, conference matches — along with their match-ups against one another, the North Division teams will play each of the Badger West-South Division schools (Madison Edgewood, Monroe, Mt. Horeb and Oregon) once each — this season will be worth 1 point apiece in the league standings and factor into the final seeding for the Badger West tournament. Meanwhile, Tuesday night’s matches were all worth a half-point, which in the end, could be imperative.

Maass saw the minimal let up in the action, which kept the teams on their toes, as a major benefit. And the experience overall was a positive one.

“We took a lot of things away; I saw a lot really good things and I saw some things we can work on, so overall, being able to come in and see what everybody is putting out on the table was nice,” she said. “And then allowing the girls to let them know they have the ability to compete in their conference.”

“We know we can play with the best, it’s just that we need to do that the entire set and not experience these highs and lows we have right now,” Updike added of the T-Birds.

“It’s a great thing and it’s the first round thing, but we’ll adjust to it and we saw some good competition tonight. We’ve got some things to work on, obviously, but overall it was a good night,” she said.

The Baraboo girls golf team used a balanced effort to claim a Badger Conference dual-meet win over Portage on Tuesday.

McKenzie and Jaydnn Gruner had 33 and 24 kills, respectively, to lead the Baraboo High School girls volleyball team to a 4-1 record at the La …

The Bulldogs welcome back three starters from last season and are hoping that, coupled with height across the front row, can create more success in 2021.

The Warriors sliced up the Cheesemakers for their first conference win in just under five years.

There was no movement on top of the Wisconsin Volleyball Coaches Association’s Division 2 rankings this week.

The senior tallied 20 kills, 20 digs and 11 aces to help the Golden Eagles top the Chiefs in the teams' South Central Conference opener.

The Sauk Prairie volleyball team jumped up to No. 2 in the third Wisconsin Volleyball Coaches Association Division 2 poll of the season.

McKenzie Gruner had 21 kills, seven blocks and six digs to lead the Baraboo volleyball team to a sweep of Oregon on Thursday night.

The Warriors struggled against the Crusaders height, while the Pioneers earned a big SCC win over Wisconsin Dells. The Vikings and Hilltoppers picked up non-conference victories.

The Sauk Prairie volleyball team is no longer unbeaten.

The Warriors couldn't spell the tide of the Beavers, suffering a three-set sweep on their Pink Out Night.

PRAIRIE DU SAC — Top-ranked teams don’t always get to see each other during the regular season. Sauk Prairie and Madison Edgewood got that cha…