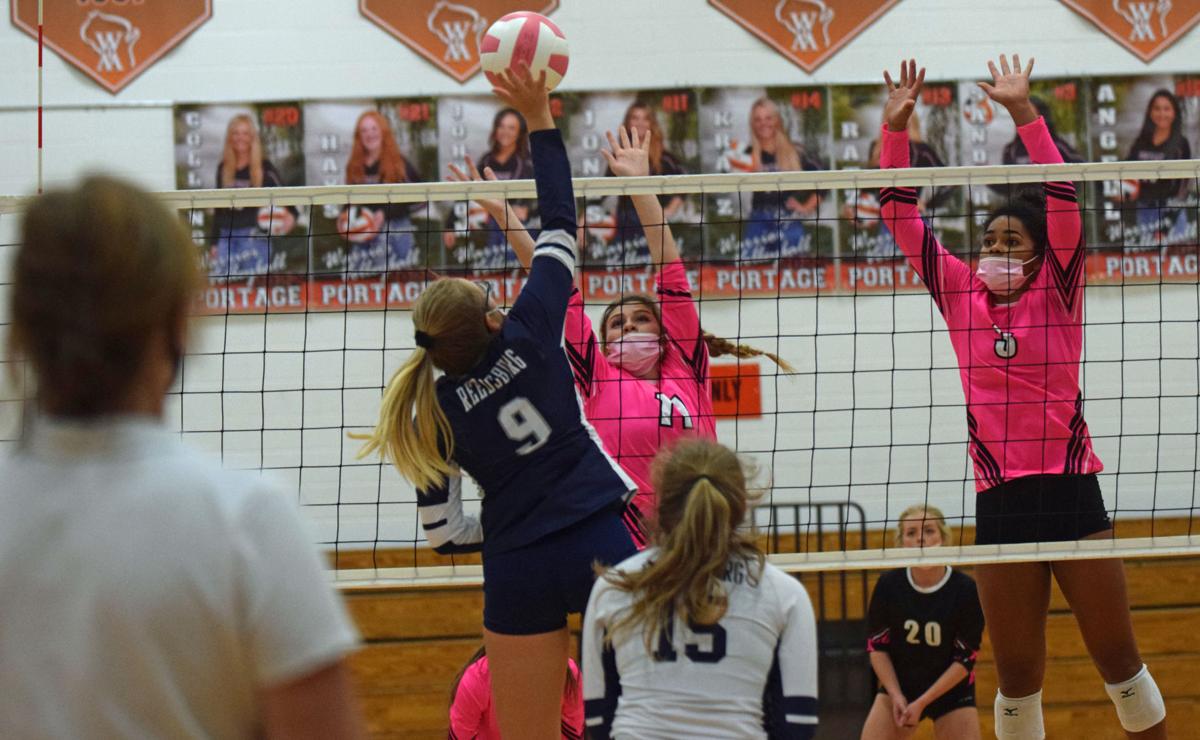 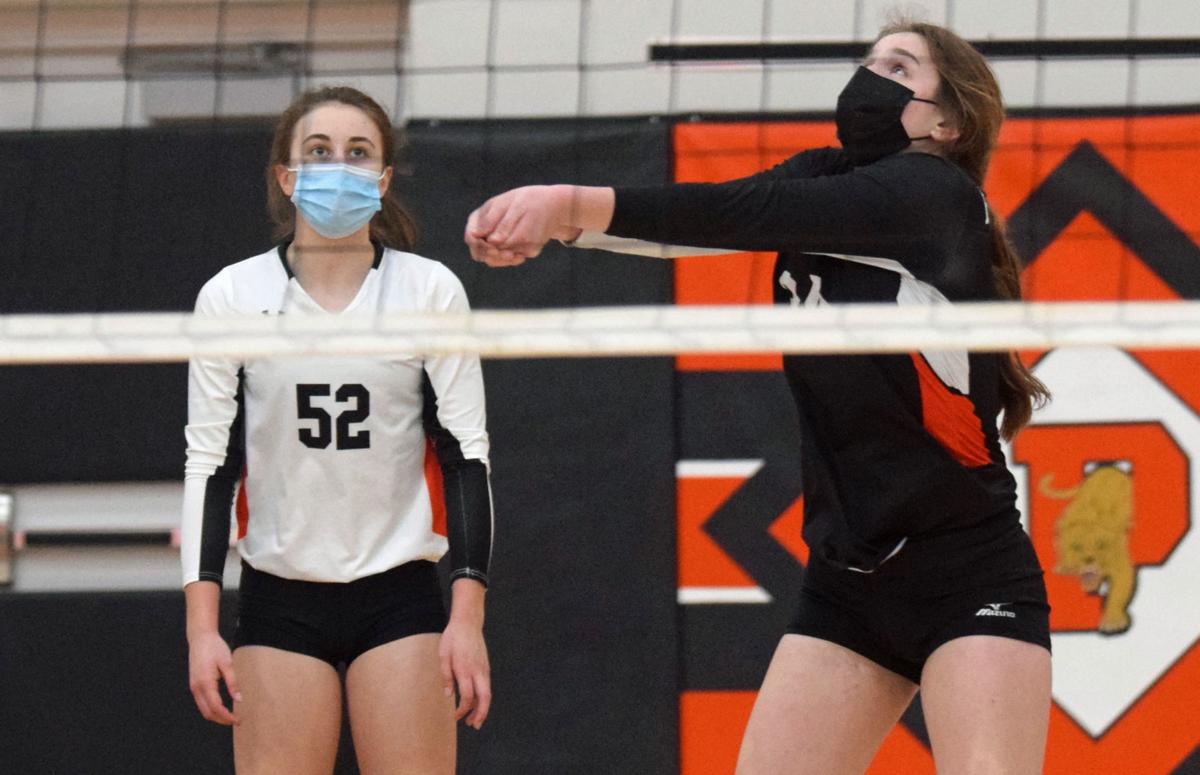 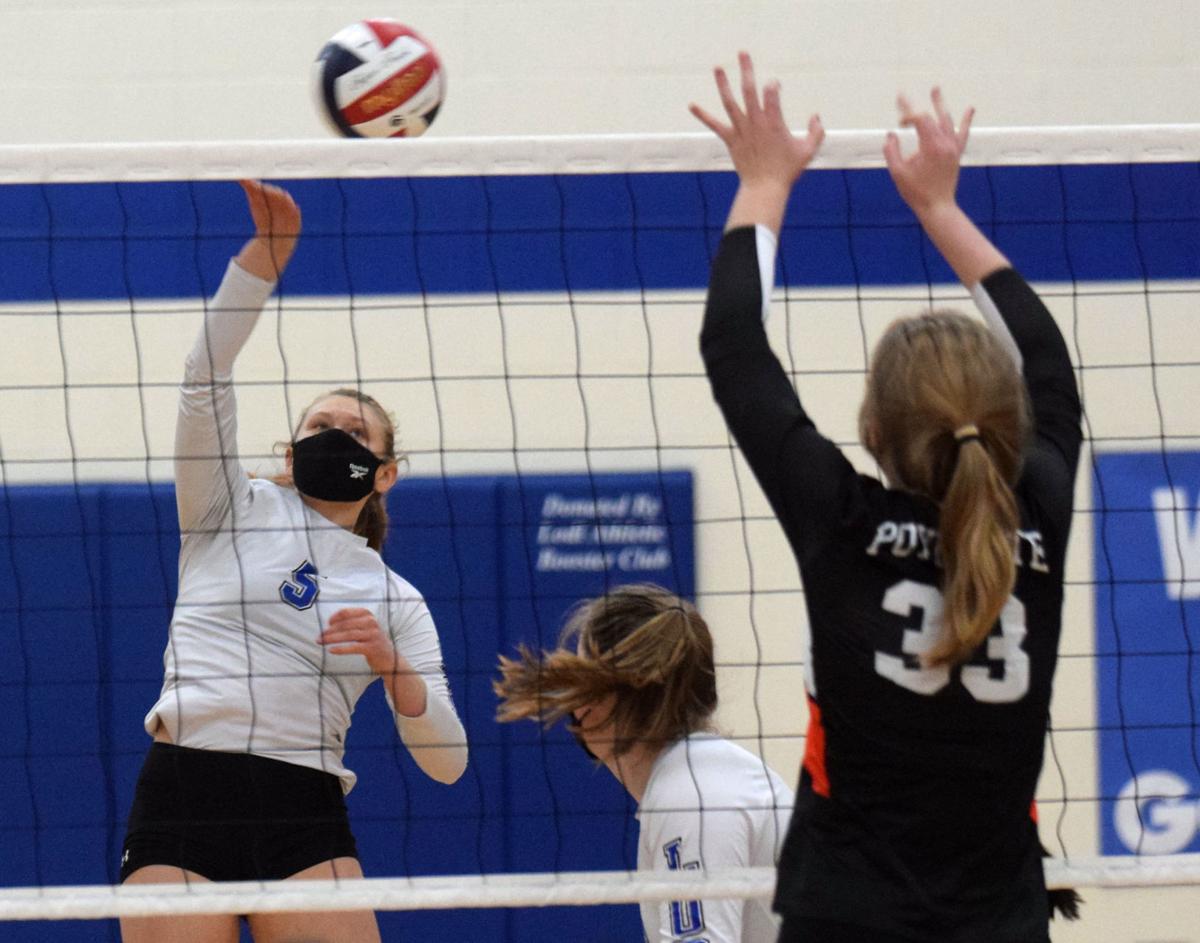 The Portage prep volleyball team saw its season come to an end Tuesday night as the seventh-seeded Warriors suffered a three-set sweep at the hands of Kewaskum in a WIAA Division 2 regional quarterfinal match.

Senior Felicia Sanders had a team-high four kills while senior Sydni Kratz had nine assists, five digs and an ace to pace the Warriors in their loss to the No. 2 Indians.

Portage (7-32) slumped out of the gates, suffering a 25-13 loss in the opening set and fought to get some momentum back on its side the rest of the way. Despite their efforts, the Warriors didn’t have an answer as Kewaskum (27-6) pulled away to take the next two sets 25-15 and 25-16 to cap the sweep.

Along with Sanders and Kratz, sophomore Estella Brees had six assists, three kills and a block, while senior Emma Colling had six digs and an ace. Senior Olivia Jones had five digs and senior Cameran Ratz added a block for the Warriors.

Rio opened up its postseason in dominant fashion as the fifth-seeded Vikings made easy work of Madison Country Day in straight sets in a Div. 4 regional quarterfinal.

The Vikings, who improved to 17-12 overall, got double-digit kills by both Emily Logging (13) and Anna Benisch (11), while the latter added 10 aces and the former had five digs.

Rio got to work quickly with a 25-11 win in the opening set and put the Challengers on ice quickly by taking the second and third sets, 25-14 and 25-13. Along with the duo of Loging and Benisch, Vivian Hoene had 24 assists and six digs, while Lexi Marble tallied five aces of her own.

Up next for Rio is No. 4 Hustisford in Thursday’s regional semifinal. The Falcons (27-7) surrendered a combined 11 points in their 25-2, 25-6, 25-3 sweep over Williams Bay Faith Christian on Tuesday.

Rivals Lodi and Poynette each opened their respective postseasons with impressive road wins in Tuesday’s regional quarterfinals as the Blue Devils topped Mayville in a Div. 2 affair, while the Pumas outlasted Horicon in a Div. 3 tilt.

Facing the fourth-seeded Cardinals, No. 5 Lodi grinded out a three-set sweep behind the work of senior Dylann Harrington, who had a team-high 10 kills and 16 digs. The Blue Devils (15-18) pulled away to win each of the first two sets with room to spare at 25-17 and 25-15, but the Cardinals showed no intention of rolling over in the third.

The two teams went back-and-forth throughout, but in the end it was Lodi that held on for a 25-22 win. Along with Harrington, Sam Edge had 18 assists and 11 digs, while Sam Klann registered nine blocks. Holly Jelinek tallied four aces and Haley Thoeny matched Edge with 11 digs.

With the win, Lodi moves on to face top-seeded Sauk Prairie (43-3).

As for the Pumas, the Marshladies made them earn every inch Tuesday night in a five-set nail-biter. Poynette, which captured a regional title in the alternate fall season this past spring, started strong by taking the opening set, 25-14; however, Horicon answered back with consecutive set wins to seize a 2-1 lead.

Riding high after denying Mauston a perfect conference season, Westfield had its hands full with 13th-seeded Augusta on Tuesday.

The Beavers gave the No. 4 Pioneers all they could handle, but in the end it was Westfield that held on for a five-set win in a Div. 3 regional quarterfinal. The Pioneers (17-8) sandwiched 25-18 wins around a 25-19 victory by Augusta in the second set to grab a two-sets-to-one lead, but the Beavers didn’t go away.

Westfield nearly shut the door in the fourth but in the end, Augusta grinded out a 27-25 extra points victory. The Beavers’ magic evaporated from there however, as the fifth set belonged to Westfield as it raced away with a 15-5 win.

The Bulldogs finish the year at just 1-13 overall while the Toppers close out their campaign at 10-21.

Second and third sets both nail-biters but Cardinals good when 'pressure was on,' seniors victorious over Campbellsport in final home match

After dropping the first two sets, the Chiefs rallied to take the third but failed to force a decisive fifth set as the teams' split their regular season meetings.

The Golden Eagles swept Adams-Friendship Tuesday to lock up the outright league crown. Wonewoc-Center meanwhile is in position to try and earn a share of the SBC title after going 2-0 in Hillsboro.

The Warriors shook three straight losses to close with a straight-sets win over Monroe.