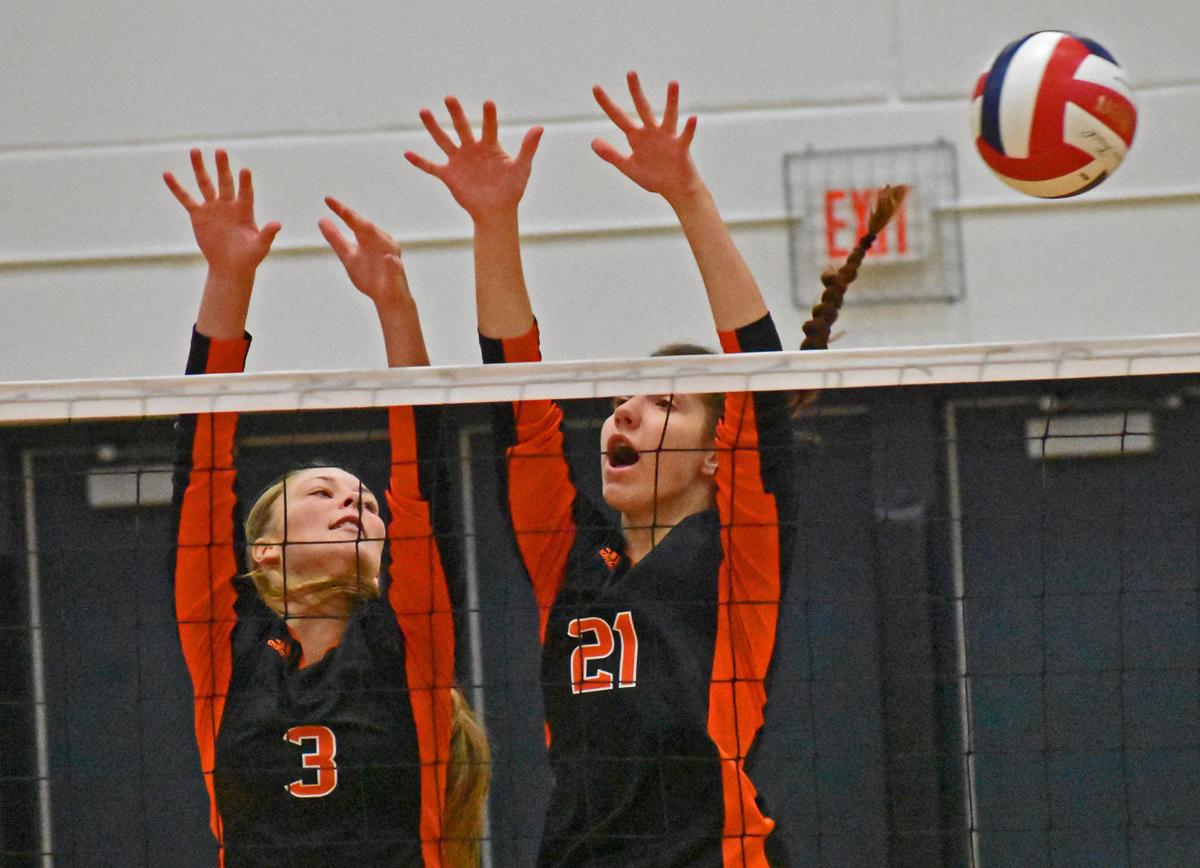 Portage senior Katelyn Belleau (3) and junior Emma Kreuziger (21) both try to block an attack from Plainfield Tri-County in the second set of a non-conference match in Portage on Monday night. 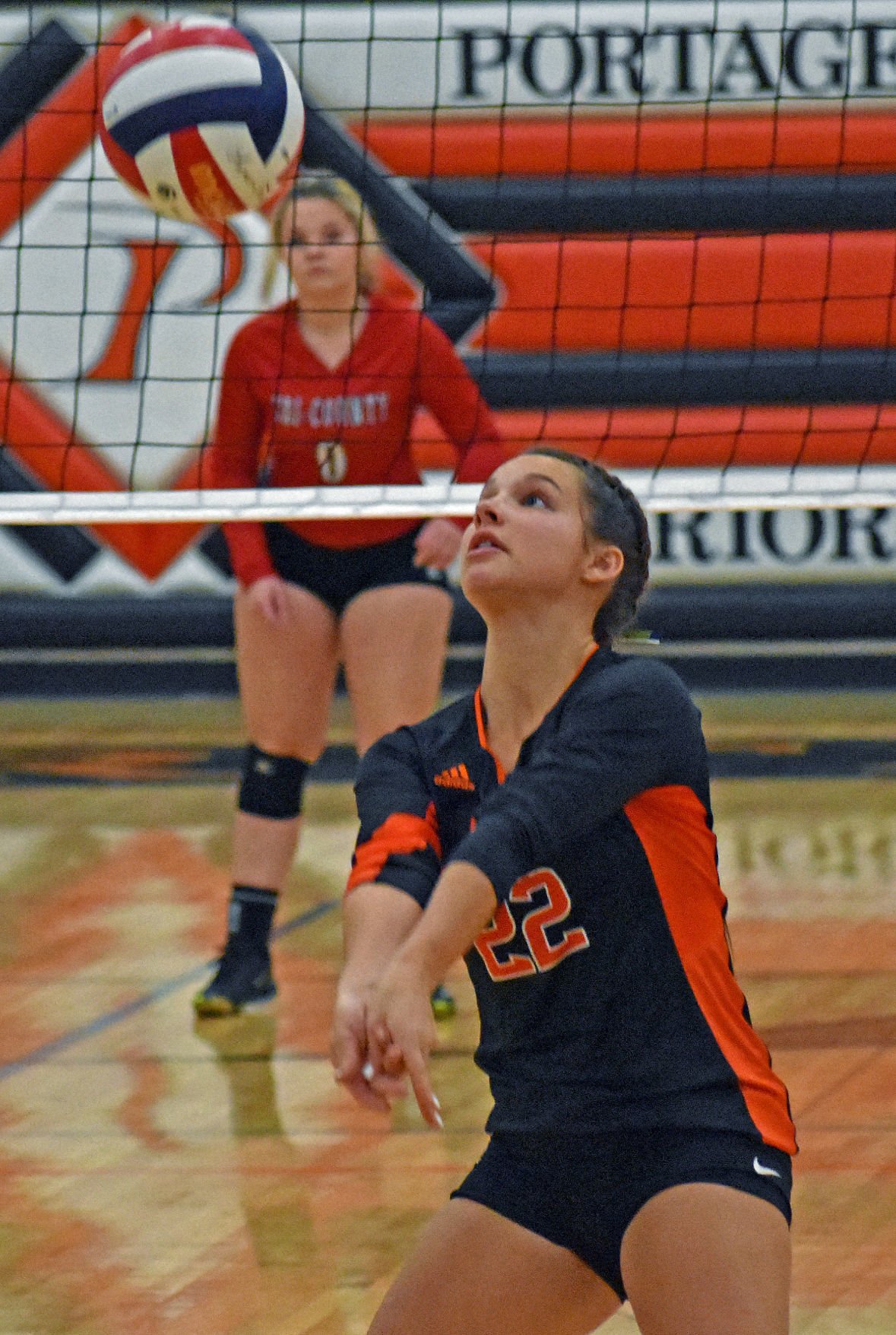 Led by the senior hitting duo of Gabby Garrigan and McKena Yelk, the host Warriors rolled to another straight-sets victory, defeating Plainfield Tri-County 25-21, 25-9, 25-16 in a non-conference match Monday night.

Garrigan and Yelk each finished with a match-high eight kills to help power the Warriors.

The duo and the rest of the Warriors were especially impressive in the 25-9 second-set victory. Portage (11-21) scored the first five points of the set and led 10-1 before the Penguins could ever get anything going. After Tri-County scored back-to-back points to make it 10-3, a big kill from senior Katelyn Belleau got the Warriors back on track.

An ace serve by senior Abby Leeland, who led Portage with three aces on the night, provided set point.

“We controlled the tempo of the game,” Portage coach Kristin Maass said. “We get sucked into following whatever the other team is doing instead of dominating a game like this, when we need to control the tempo and run our pace of volleyball. In that second game, we really dominated that and controlled the tempo.”

It didn’t always look like Portage would roll to the easy victory, as the Penguins hung tight with the Warriors in the opening set. Tri-County rolled out to a 6-3 lead before the Warriors got things straightened out. Portage answered with a 6-0 run to take a 9-6 lead.

The poor start for Portage was nothing new, according to Maass.

“We just tend to start slow. Serve receive was a struggle there for a bit,” Maass said. “When you can’t get a pass and run our offense, running out of system for the beginning of that first match is hard. I think they made some nice adjustments and we were able to get our passing down, which allowed us to run our offense.”

After Portage’s early 6-0 run, Tri-County rallied to get within a point on four separate occasions, but could never pull even. The final time the Penguins got within a point was at 19-18, but a kill from Garrigan gave Portage a 20-18 lead, which only grew from there on the way to Portage’s 25-21 win.

In the third set, Portage got off to another slow start, as Tri-County built an early 7-2 lead lead. Portage slowly started to close the gap, though, and eventually pulled even at 11 on an ace serve from junior Emma Kreuziger. That was followed by a kill from junior Genna Garrigan that gave Portage its first lead of the set at 12-11.

A kill from Yelk gave Portage a 16-14 lead and was the start of a 6-0 run that ultimately decided the set. The final three points of the night came on a kill from Gabby Garrigan, an ace from senior Katelyn Belleau and a kill from senior Anna Kratz, giving the Warriors the chance to celebrate victory in their final home match of the season.

“They’re super excited,” Maass said. “I love that they were able to finish their careers for volleyball with a couple wins at home. Winning the tournament on Saturday and then getting a win on Senior Night are always good and important things for the girls.”

Portage will try to continue its winning ways when it finishes Badger North Conference play with a match at Beaver Dam on Thursday night.

Portage senior Katelyn Belleau (3) and junior Emma Kreuziger (21) both try to block an attack from Plainfield Tri-County in the second set of a non-conference match in Portage on Monday night.