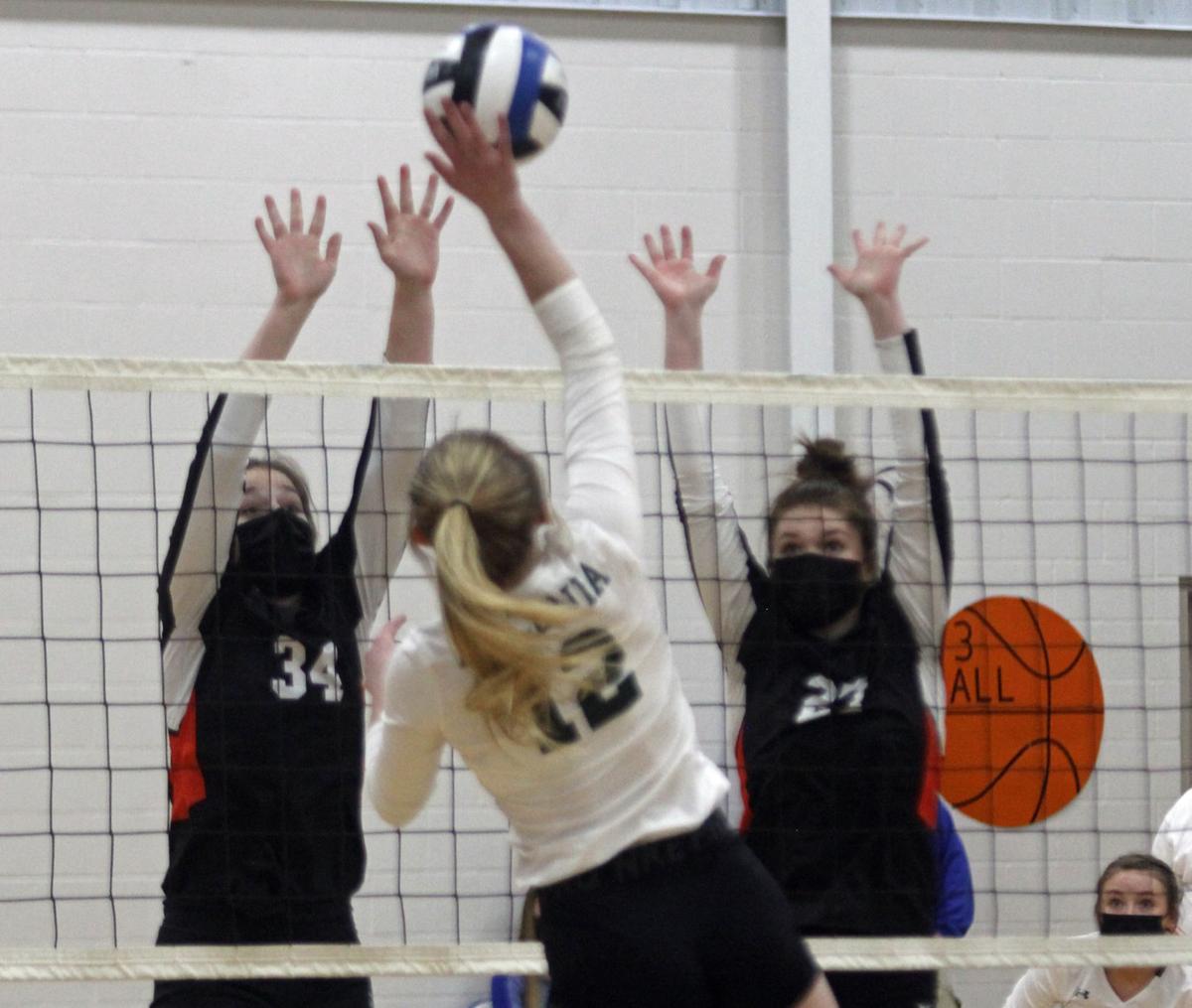 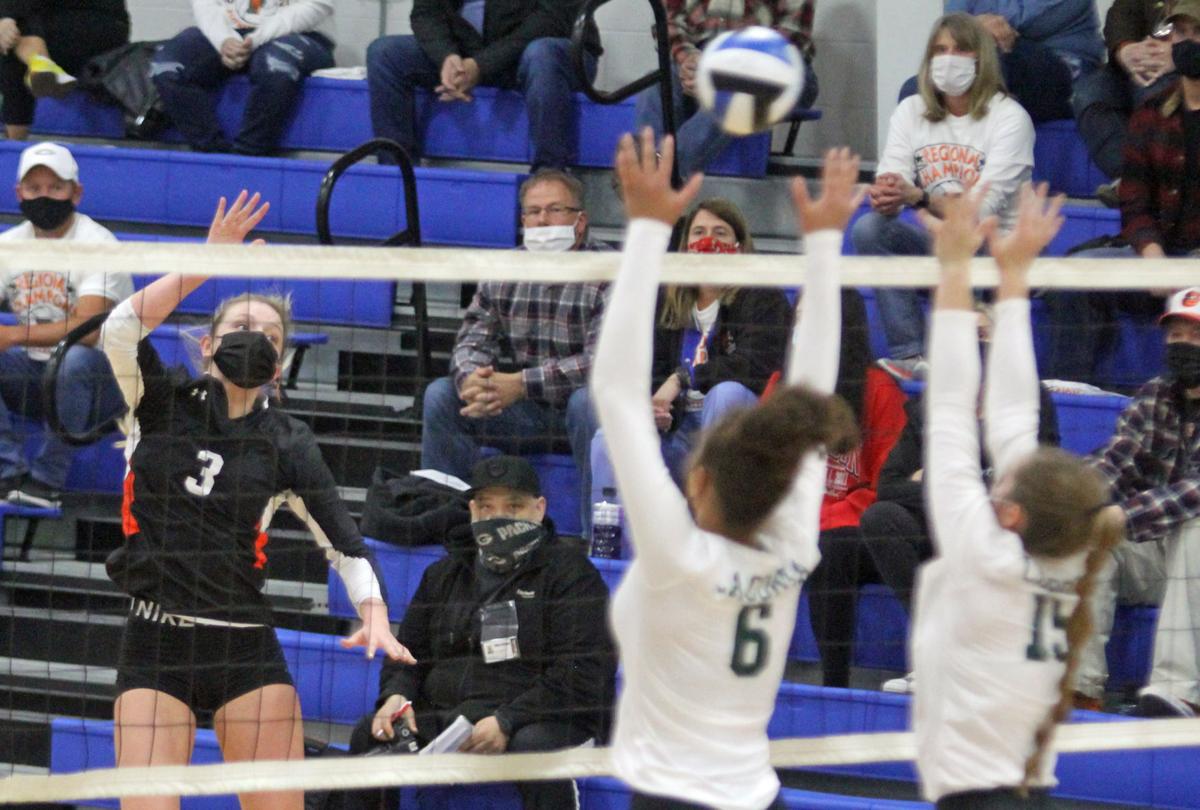 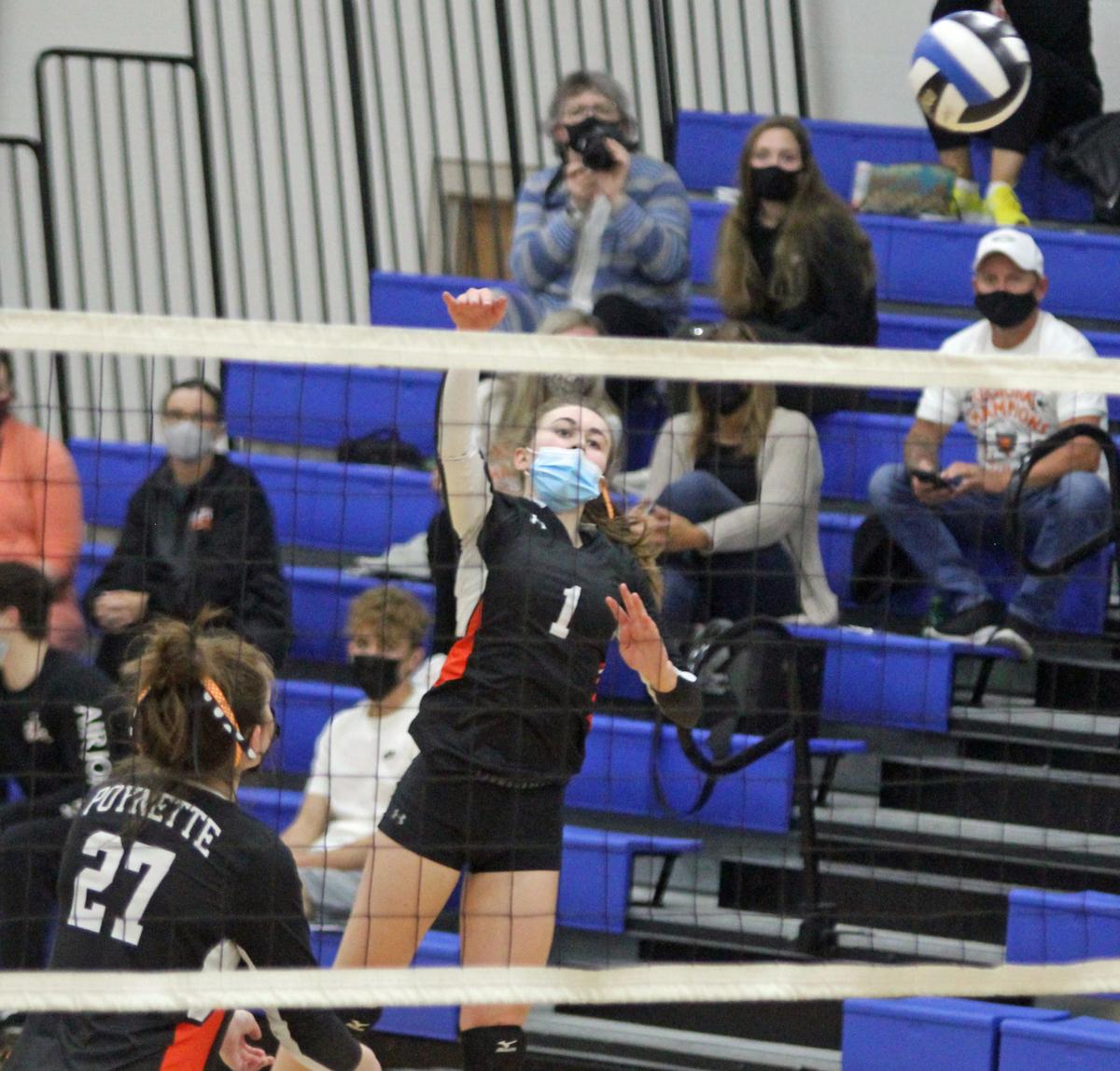 The Poynette volleyball team found that out firsthand on Tuesday as the Pumas season came to an end against top-seeded Laconia in a WIAA Division 2 sectional semifinal.

The Pumas went out playing good volleybal, it just wasn’t enough against the unbeaten Spartans, who handed fourth-seeded Poynette a 25-19, 25-22, 25-19 loss at Central Wisconsin Christian School.

“We just didn’t play our best,” Poynette coach Janeen Hutchinson said. “This was a hard loss and we were in all these games, we just didn’t play with the intensity we needed to. They don’t make very many mistakes and we didn’t capitalize on the ones they did make.”

Laconia (12-1), which went on to lose in five sets to No. 2 Brodhead in Tuesday night’s sectional final, looked the part of a No. 1 seed against Poynette (8-7). The Spartans jumped out to a 6-1 lead in the opening set, capping the run with a Taylor Davies ace. The lead stayed within that range the rest of the set, as the Pumas started to put some things together but never got closer than four points.

Poynette pulled within 23-18 on a kill by Rachel Yelk, but Laconia’s Jayda Janeczko answered with a kill to put the Spartans on the doorstep. After a Laconia hitting error, Poynette was called for a violation, giving the Spartans ca 25-19 win.

The Pumas’ first lead of the night came when Lean Hutchinson notched a kill for a 2-1 advantage in the second set. She quickly teamed up with Jessica Bruchs for a block during a rally that gave the Pumas a 3-1 lead.

The Spartans quickly flipped the script however, going on a 7-1 spurt that was capped by a Janeczko kill. A net violation ended the run, but Laconia kept the momentum and built up a 11-4 advantage before the Pumas found their footing again.

After hanging around in the middle of the second stanza, the Pumas began to close the gap with kills by Hutchinson and Yelk. They climbed all the way back to 20-18 before Laconia responded with three straight points. The Pumas’ next rally got them even closer, as they cut the gap to 23-22 when Hutchinson sandwiched a block kill between a pair of Peyton Kingsland, forcing a Spartans timeout.

The pause worked, as Olivia Mahone and Lexy Smit closed the set out with consecutive kills for a 25-22 win and a two-sets-to-none lead.

The final set was back-and-forth throughout, with the teams playing the first 34 points within a four-point spread. After back-to-back miscues, Poynette called a timeout facing a 20-15 deficit. But the Spartans, who hadn’t lost a set between March 18 and the Brodhead match, closed strong to move a win away from their first state appearance since 2009.

Yelk finished with a match-high 12 kills to go along with an ace. Emma Romack paced the Pumas with 11 assists, while Megan Reddeman and Hadley Walters each had two blocks, and Olivia Radewan had 23 digs.

Katy Radavich and Mahone finished with 11 and 10 kills, respectively, for Laconia, which also got 35 digs from Lexy Smit.

The Pumas had been seeking their first-ever state berth. They fell two wins short, but they hit a number of other milestones during the alternate fall season created by the WIAA for the teams that didn’t participate last fall due to the COVID-19 pandemic.

The Pumas will walk away from the 2020-21 school year with their first regional title in at least two decades, a share of their first Capitol Conference title since 1983, and their second regular season with a .500 record or better in the past decade. The third-seeded Pumas reached sectionals by upsetting Wisconsin Heights and Madison Abundant Life/St. Ambrose on Saturday.

“I hope they can put it in perspective,” Janeen Hutchinson said of the players putting the loss behind them and realizing what they did this spring. “We talked about the fact that they accomplished a lot this year. Being co-conference champions … winning the regional … those are things that we haven’t done for a very long time, so these girls need to hold their heads up and be very proud of their accomplishments.”

It’s something they haven’t necessarily had time to think about yet in a season that was quick, and felt even quicker. The Pumas played 15 matches in a 43-day stretch that started with a March 2 win at Belleville.

“It felt very rushed,” Hutchinson said of the spring postseason format. “Finding out we were co-conference champions, the next day we had to turn around and play for the regional … and then winning the regional and it felt like we were off and running to play in the sectional. It was hard to embrace each one of those accomplishments.”

Now, they’ll get some time to reflect on what they accomplished before coming back in the fall to take another run at it. They’ll have to do so next year without a six-player senior class that includes Kingsland, Reddeman, Bruchs, Alanna Borgen, Kaitlyn Priske and Tia Bauernhuber.

“I’ve known those girls for a long time, so it’s been a lot of fun to watch them grow up,” Hutchinson said of what she’ll remember about the senior class. “I really wish them the best in everything their future holds.”

View photos of the prep girls volleyball match between No. 4 Poynette and No. 1 Laconia on Tuesday in a WIAA Division 2 sectional semifinal at…

The alternate fall season was a breakout campaign for the Poynette volleyball team.