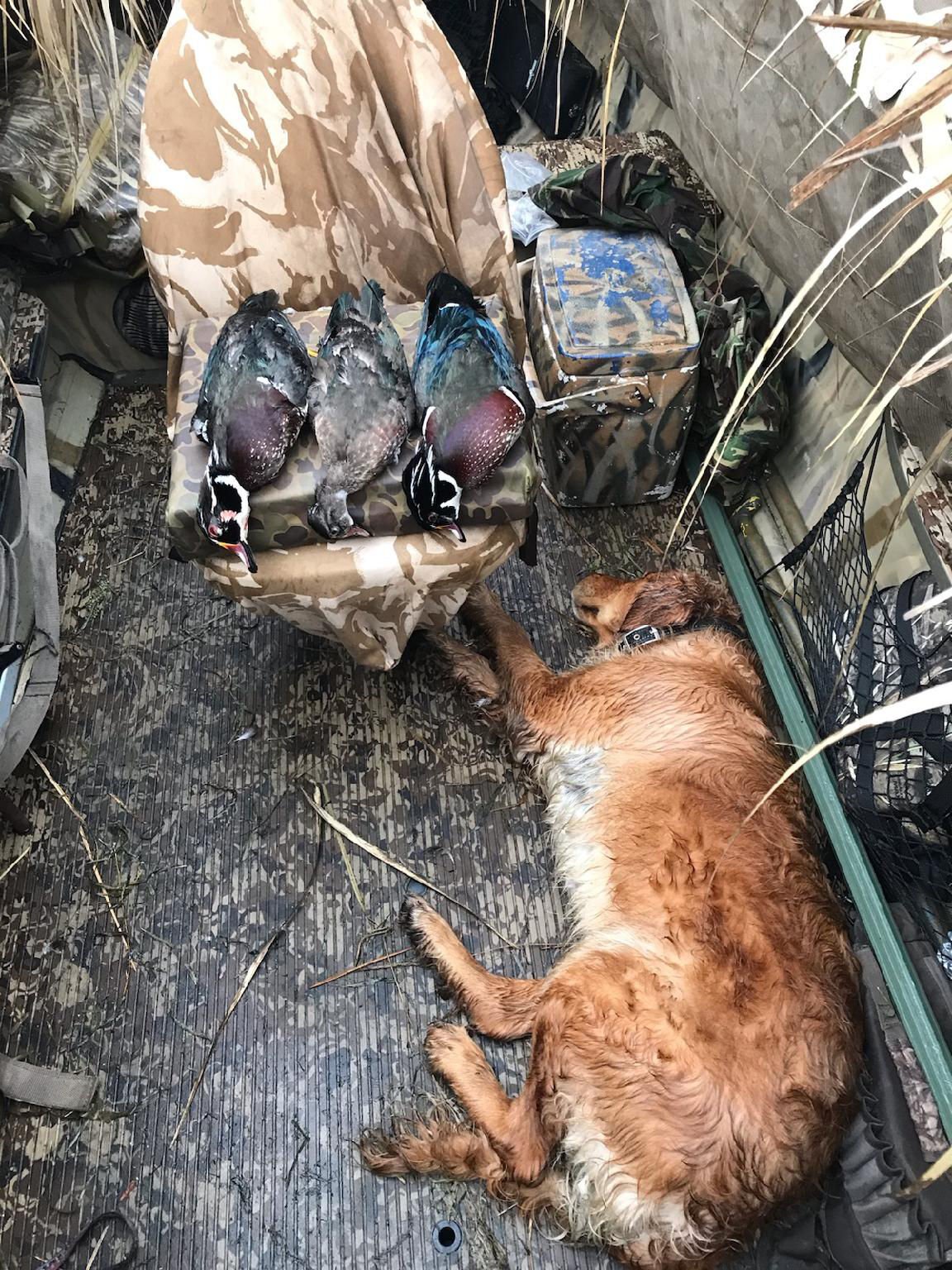 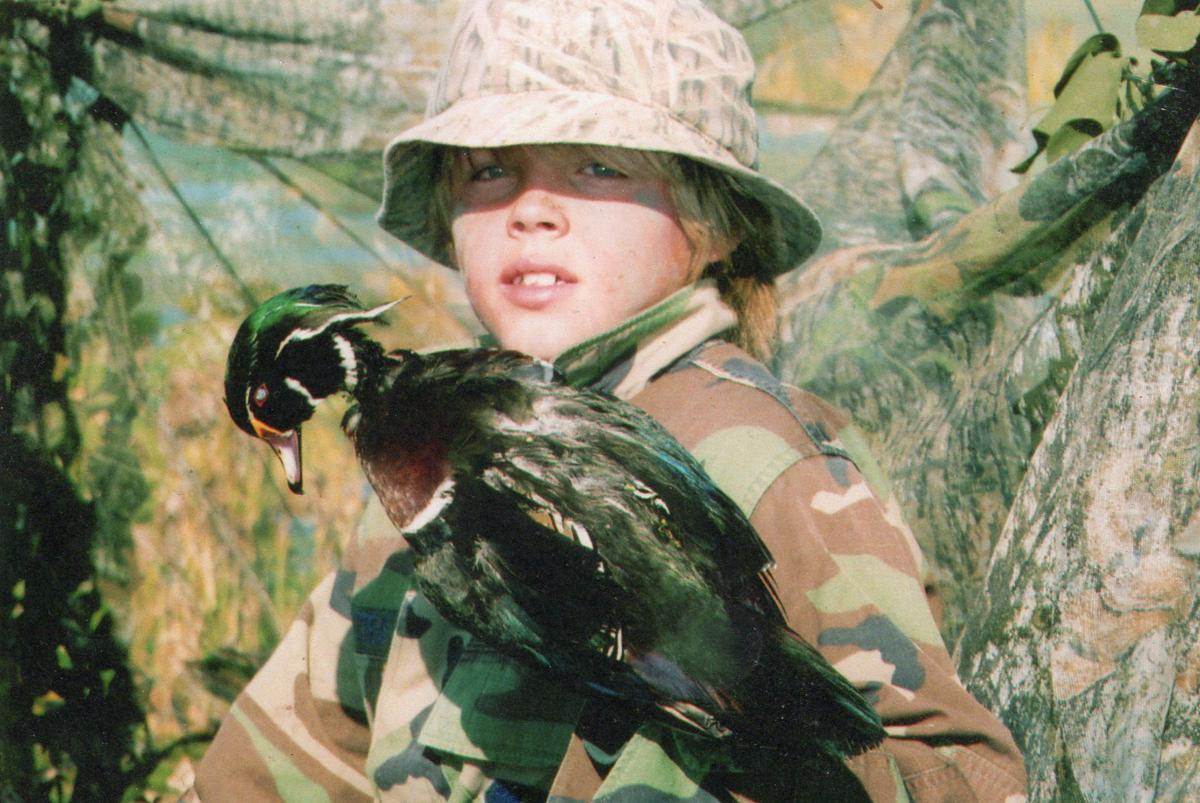 Fifty duck seasons ago I camped on an island on the Mississippi River near Ferryville for the first time and hunted ducks with my brothers, Mike and Tom Walters, and my dad, the late Robert Walters.

I am 100 percent addicted to this gear oriented, scenic challenge that is a pure blast.

Before daylight on Saturday morning there would be 17 of us calling our island paradise home, and that is how I am going to kind of angle this week’s column. Yesterday, Jeff Moll, myself and my stepson, Travis Dushek, made it to camp, and we had a blast. Basically, all we did was sit by a campfire and laugh a lot.

Jeff would be hunting with Ruby’s daughter, Luna, who he actually borrows for this hunt. She is not trained for hunting, but Jeff would be amazed as she retrieved all nine of his ducks and not a one would be lost.

Travis would be hunting with Ruby’s sister, Ash, and both are addicted to hunting like very few people can understand. I helped raise Travis and he grew up on this trip.

Early Friday morning my brother Mike and brother-in-law Dick Schuster showed up to camp. Neither duck hunt but are here for the fishing, and most importantly, the campfire time. This year the fish bite was slow, or should I say, the perch were small.

About mid-afternoon the young troops started making it to camp. The Wandler boys are about 19 to 29, with Grant being the oldest, Conrad, who came from Kansas City, in the middle and Vlad, the youngest. These kids grew up with my stepson Joey, came along in high school and have not missed a year since. They also brought a kid named Michael David along. He grew up in Necedah, had one hell of a nice boat and fit right in.

About 5:00 p.m. I headed to the boat landing with my War Eagle. Naturally I hit a rock, which much of the gang witnessed from camp. My goal was to pick up my 20-year-old daughter Selina, who is a junior at UW-Stevens Point and her “friend” Isaac Labuuda, who is a senior at UW-Eau Claire. Isaac loves to duck hunt and is a good kid.

When I picked up Selina and Isaac, Matt Keisling, a fellow teammate of Travis on the Necedah Cardinals football team, was at the landing with his yellow lab, Trigger, for his first hunt with this gang.

I just got back to camp, and Joey Dushek shows up with Joey Snodie, aka Snoots! I gave Snoots his nickname when he was 16 and hanging out in our world. Naturally Joey Dushek had Pike along, who is probably the largest golden doodle on the planet.

Very late in the evening, around 2 a.m., the last of our gang shows up; Trent Schuster, Cole Koepp, and Troy Ringlestetter. These yahoos are from Poynette but were at a wedding at Johnson Creek.

They stayed until Troy, who was in the wedding, could try to catch the bouquet and they had quite the ride as rumor has it someone had an upset stomach in the backseat that was quite nasty. Then there was a direct hit on a skunk with Trent’s truck.

I almost forgot Trent’s first pup, Ivy, who is a golden retriever was also along and it would be her first hunt.

Sixty-five years ago my dad started this trip along with our deer camp, “The Red Brush Gang,” our adventures to the Flambeau Flowage, and created the “Canada Gang” while going to school as a business major at UW-Madison. Dad was in the ROTC and when he graduated from Madison, he did a stint in the Marine Corps and was a captain when he got out. The Marines was always his pride and joy.

The lowest number that I ever saw on this adventure was Joey’s first hunt when he was 12 years old. It was Joey and I, and the smart aleck kicked my butt, just like he did this year.

Dad would be proud!

Hunters curious as to how many deer taken, why during this year's nine-day gun season

WALTERS COLUMN: Back in the beef trade

Columnist Mark Walters chronicling his recent move back into raising steer and how it impacts his successful garden.