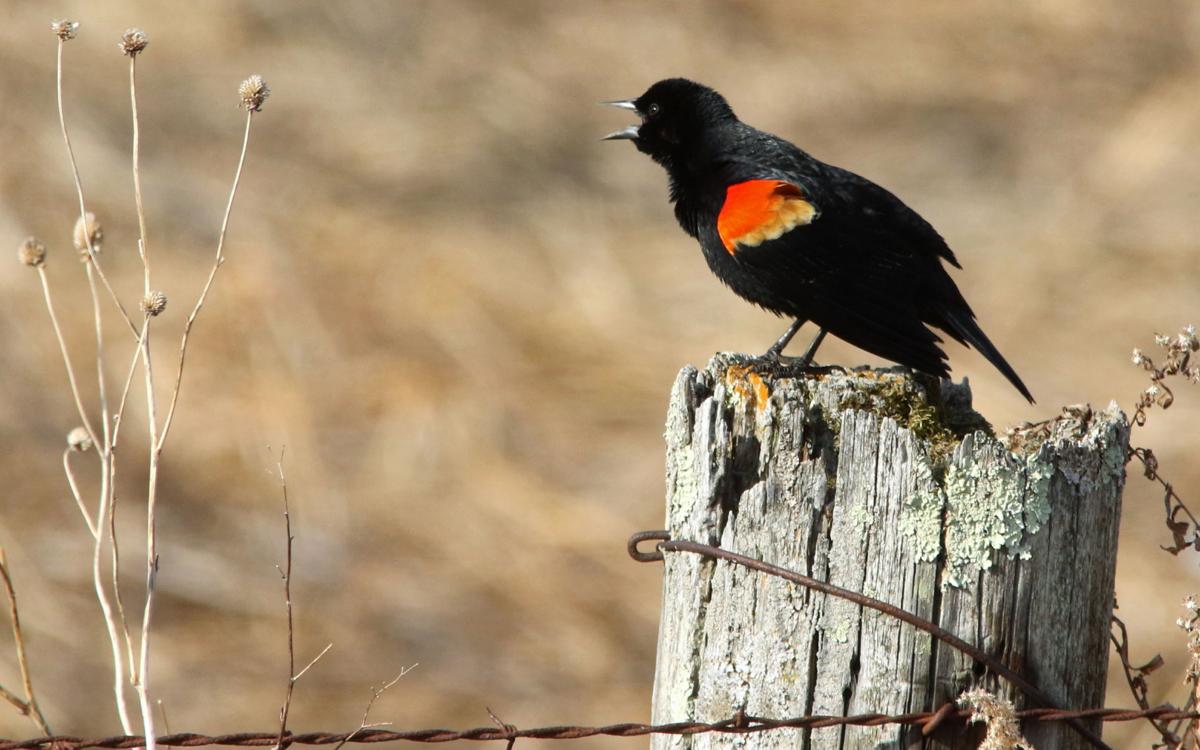 Red-winged blackbirds (male) have one of the most interesting and recognizable springtime calls. 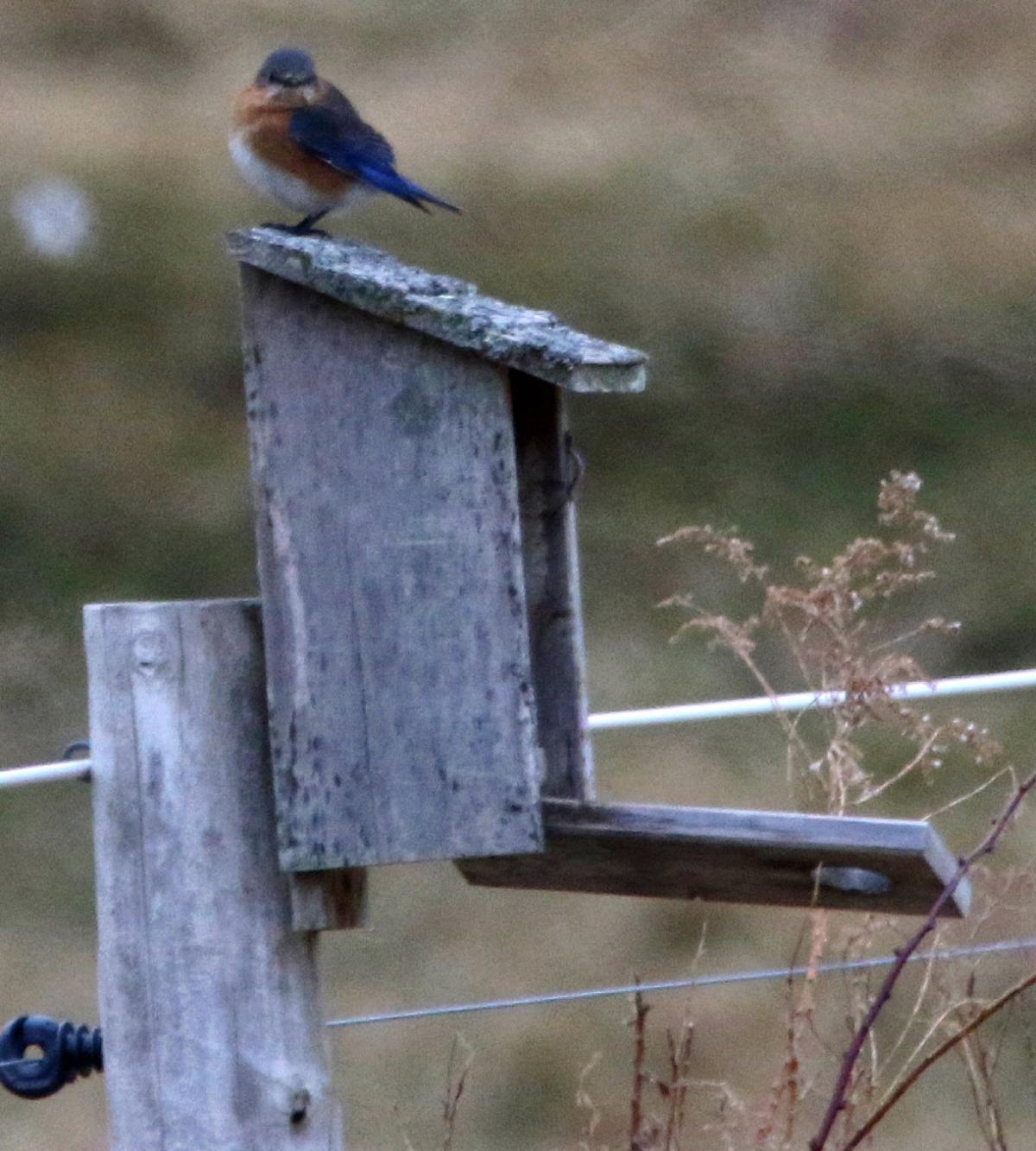 A male eastern bluebird sits atop a nest box that is in need of having its door closed. 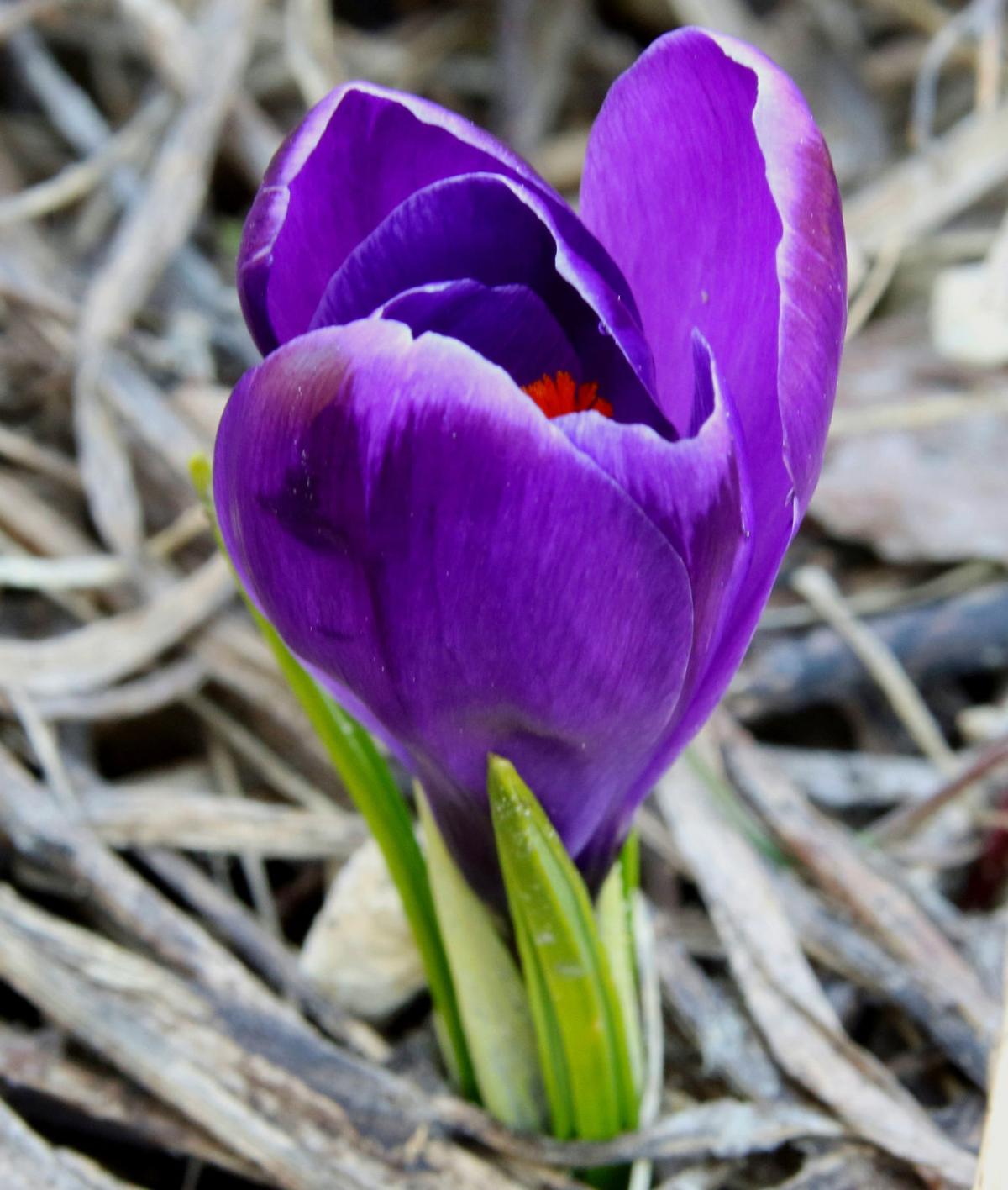 Bulb crocuses are one of the earliest bloomers with a recognizable flower. 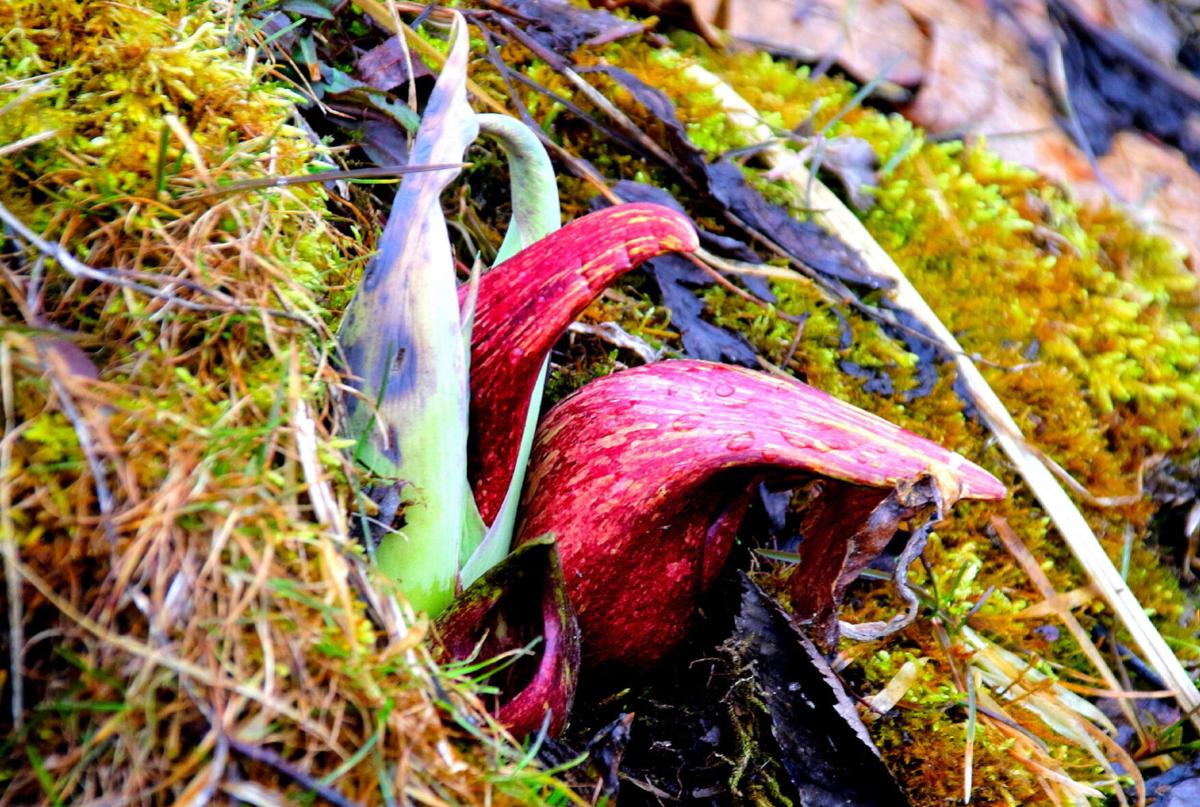 Skunk cabbage begins blooming under the snow in marshy areas by generating its own heat.

Of all the options, Eastern bluebirds top many lists for the bird who helps welcome spring signals, a new beginning, and is an animal we can take pride assisting with a seasonal nest box ritual.

“If the nest boxes haven’t been cleaned, the doors closed and the location confirmed ideal, this is the preferred time,” said Gene Kroupa, secretary, as well as a director, of the Bluebird Restoration Association of Wisconsin (BRAW).

“Pairs have returned and will be nesting and laying the first eggs in early April. If you find house sparrows or wrens, move the box to a better location, a more open area and 30 or more yards from trees or brush.”

Of course, wrens are a protected species, but sparrows are not.

Interest in assisting bluebirds, like so many outside activities including hiking, camping, fishing and wild foods gathering, have become much more popular during the past year.

“We have about 750 members in BRAW and gave more than 100 nest boxes to new members last year,” Kroupa said. “Pay a membership and get a nest box free.”

During late winter, many feeders purchase mealworms to assist early returners or those few who stayed Wisconsin’s winters.

“Spring has arrived,” said Doug Williams, at Portage’s D W Sports Center. “Swans are back; cranes are back; wild turkeys are displaying and gobbling. Walleyes are just starting and it’s about to get good.

“Best bet is a hair jig tipped with a minnow, below the dams. I’ve seen photos of some 28-inchers. But be careful. The banks are slippery in the mornings. Safety first.”

In Lafayette County, DNR warden Mike Burns reported mallards, bluebills and other big ducks are now in the Yellowstone Lake area, but much of the 455-acre lake is still ice-covered, he said.

The rush on ammunition is still critical, even though most hunting seasons are now closed until spring turkey season opens April 21, a week later than previous years.

“Shooters still desire, but we can’t get what they want for trap shooting and target shooting,” said Don Martin, at Martin’s in Monroe.

“Shed hunters are out every day here in the wildlife area,” warden Burns added. “Others are simply out walking and enjoying the weather. Buffalo (the fish) and carp are staging below the dam and walleye catching will lag a week or so behind the larger Wisconsin rivers.”

While maple syrup making is waning in some areas, bloomers are beginning to show with some maple buds expanding. Snow melts uncovered marshland skunk cabbage, which has been growing since early January.

This arum gets a jump on blooming by generating its own heat in a showy, scale-protected flower case. Pollen willow catkins are open, but the seed catkins — on a different tree — have not expanded. Bulb crocuses are abloom, too.

Most bald eagles are incubating eggs, which takes about 35 days.

The parent incubating will be sitting low in the nest with only its white head showing. One of the adults will be sitting on the eggs at all times unless the bird is standing to turn the eggs or to relinquish incubation duties to the other parent.

Vortex Optics’ state-of-the-art training facility is ready to accommodate shooters of all skill levels with newly-developed classes to make shooters safer and more effective. Check out vortexedge.com for more information about EDGE.

Spring firsts will continue to materialize in a fast and furious manner almost daily. Catch as many as interests.

WALTERS COLUMN: Brothers troll for crappie on the Mississippi Delta

Sandhill cranes are still dancing; bald eagle pairs are beginning to brood, or still incubating eggs, and bluebirds have built nests in boxes.

Wisconsin’s spring turkey season, beginning April 21 with Period A, and ending June 1 with period F’s closure, is no longer the same old hunt.

Red-winged blackbirds (male) have one of the most interesting and recognizable springtime calls.

A male eastern bluebird sits atop a nest box that is in need of having its door closed.

Bulb crocuses are one of the earliest bloomers with a recognizable flower.

Skunk cabbage begins blooming under the snow in marshy areas by generating its own heat.