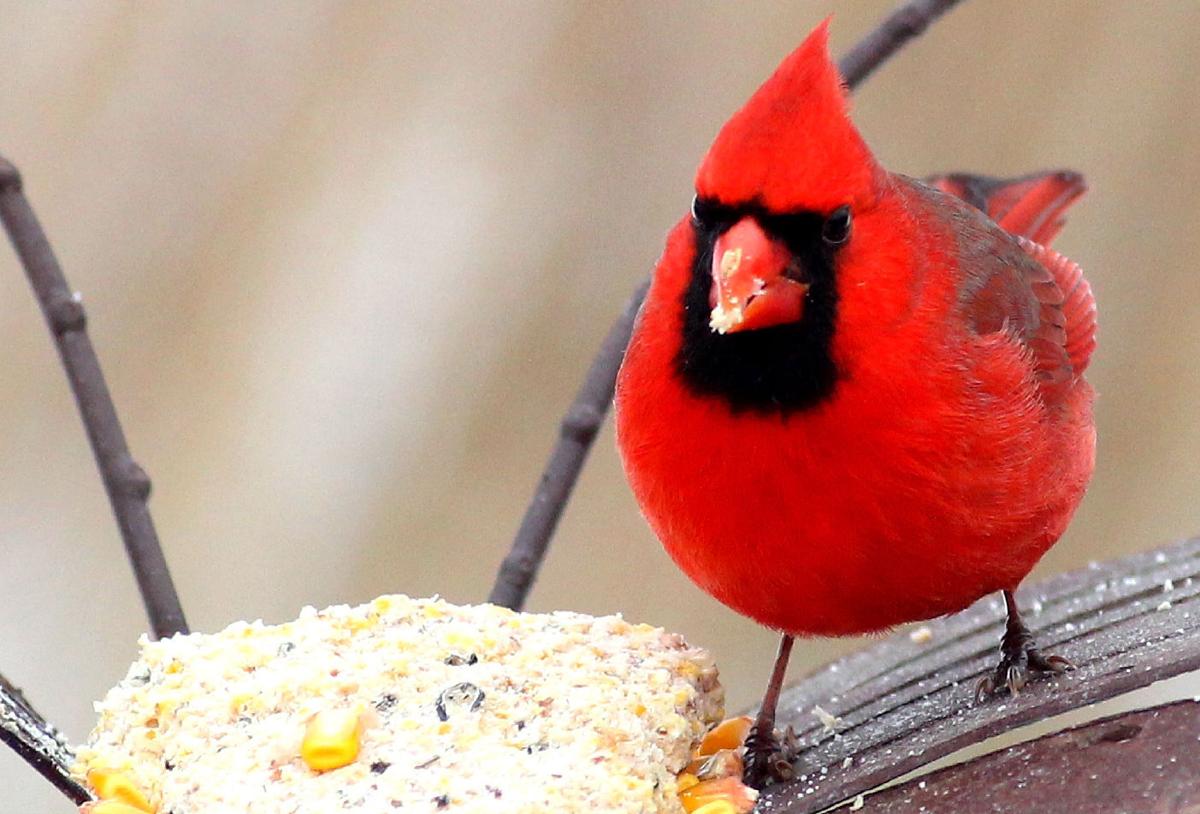 A male cardinal takes suet from a cake laying on a piece of yard art. 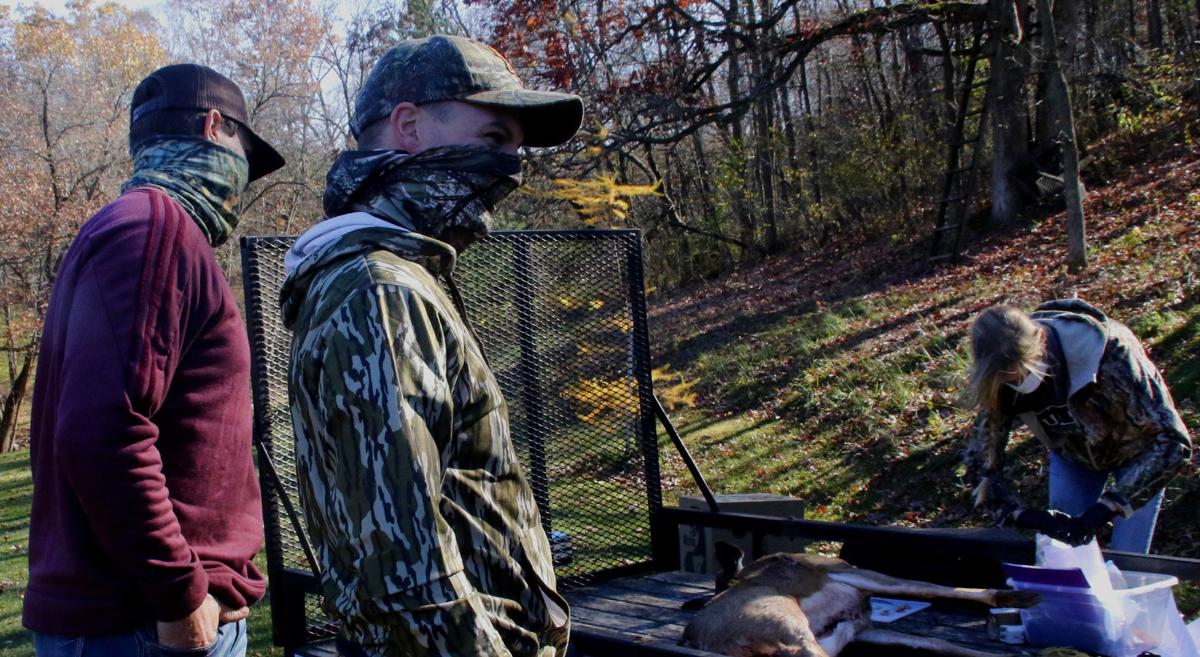 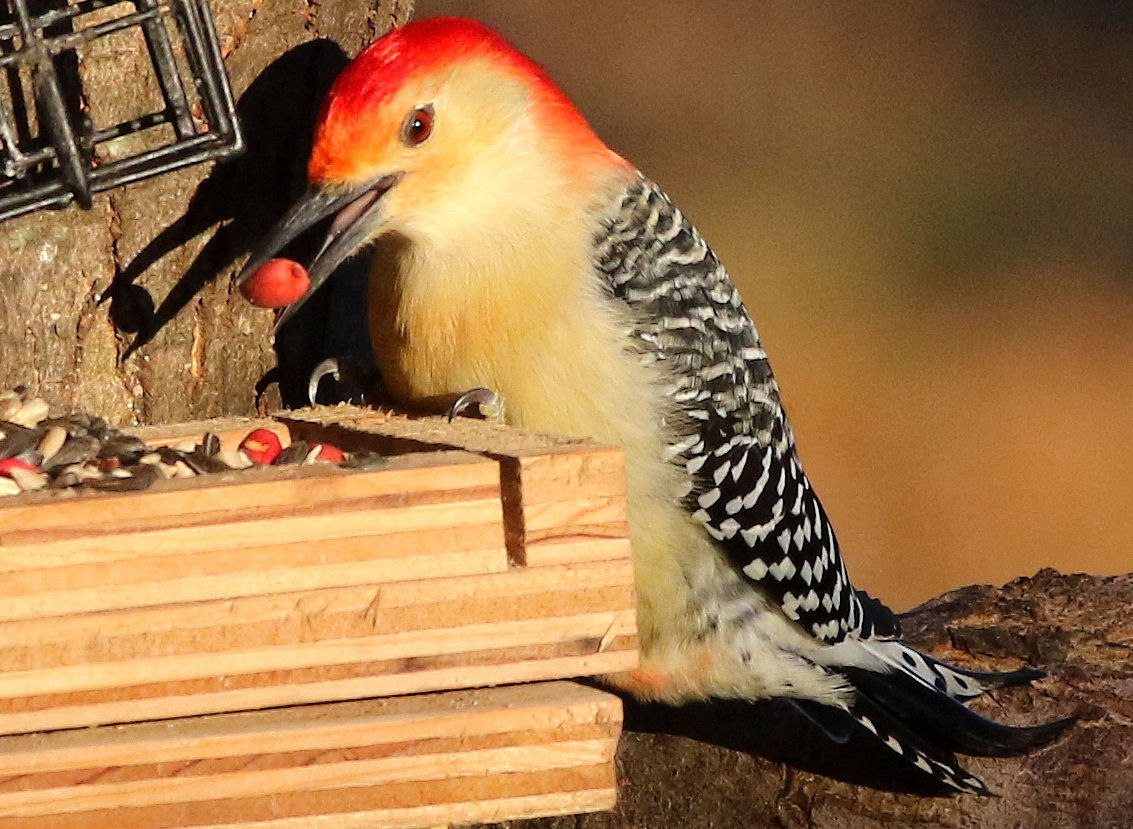 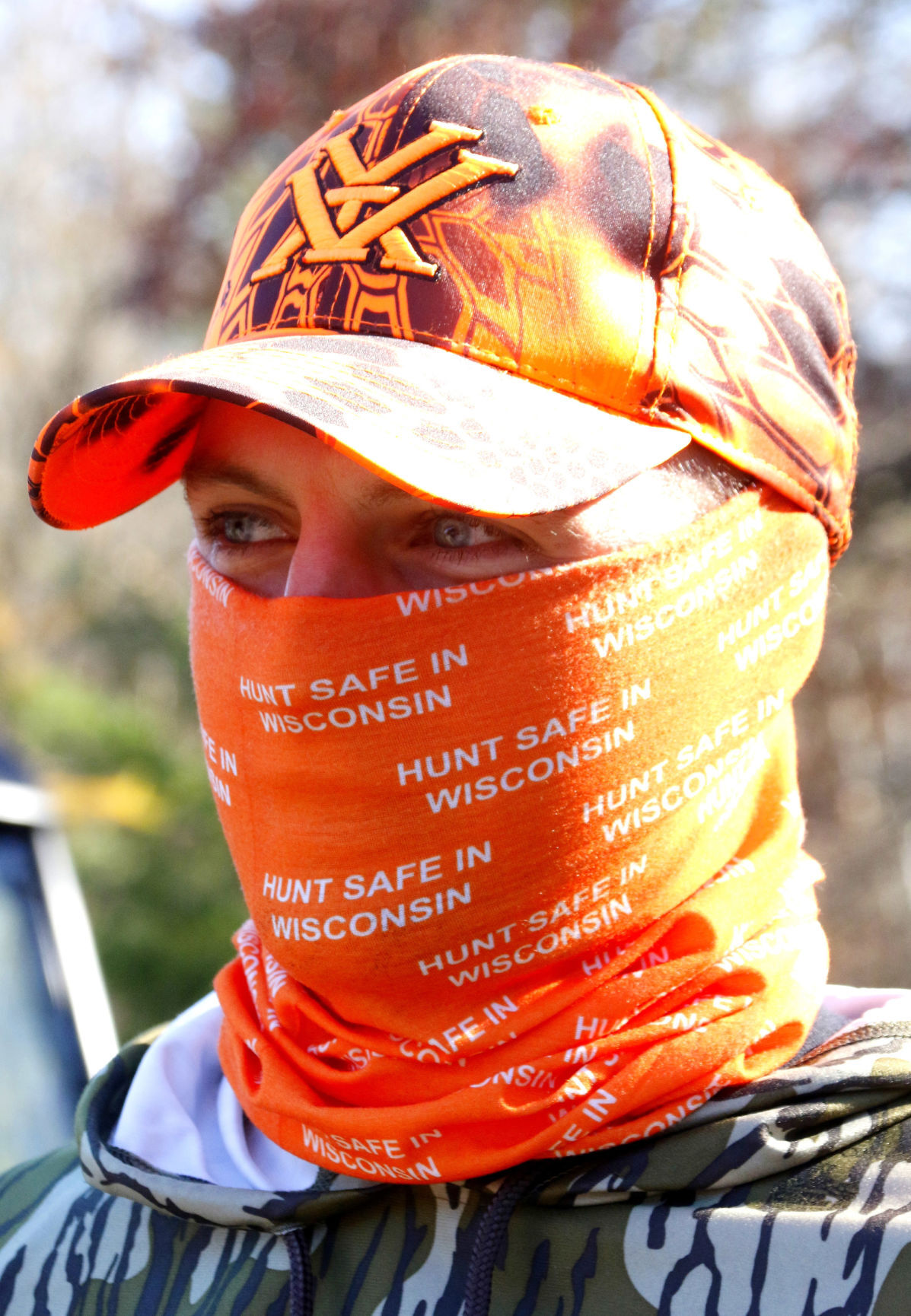 Safe hunting will take on additional meaning this fall.

Deer hunters, both archers and gun totters, hope an opportunity arises when an open season matches a deer mating season.

Bucks are blurred by testosterone; does, too, are guided by their hormones, which in part take signals from light and dark hours.

Gun hunters were spoiled by 2018’s, as near as possible, match with the rut’s end. Weather favored, too, and buck registration then confirmed the smiles on gun deer hunters’ and wildlife managers’ faces.

The next, 2019, wiped those smiles, sending two Georgia men to an archery shop to bow-up and plan a Wisconsin deer season hunt to match what another calendar-late gun season opener couldn’t; hunting during part of the breeding season.

Compared to Georgia, Wisconsin has it all; ample deer, larger deer, great hunting weather, more deciduous trees, and most of all, traditions that make Wisconsin, Wisconsin.

When is a child old enough to enjoy a taste of this tradition? Aaron Weatherford was beginning to understand when he left for a Wisconsin archery/crossbow season and heard his four-year-old proclaim, “When I grow out of these pajamas, I’m going to Wisconsin to hunt deer, too.”

These hunters moved their hunt by changing their hunting implements from rifles to bows.

It worked, too, except for a few forgets. A new knife is a sharp knife, especially when field dressing is done by the lights of a full moon and dimming flashlight. Cell phone batteries run low, then die. But Wisconsin’s Department of Natural Resources wildlife biologists were accommodating to take samples and data from a collared deer.

“This would never happen in Georgia, being able to leave a carcass to cool and age overnight hanging from a black oak,” the father who left his son home, said.

The bird feeding season is open, too, not that it ever closes for some.

One way to consider when to feed is that the juncos have returned for their Wisconsin winter.

On a recent ruffed grouse trip to northeast Wisconsin, I was reminded that bird feeding is not just about black oil sunflower seeds (actually fruit), suet, and peanuts, but providing some water, perches, and shelter so the birds are comfortable remaining at a feeder. This large bird was drinking water from a road puddle.

Bird antics are what draws many birders to do more than glance out the window and then move on to the next indoors task. Black-capped chickadees need nearby perches because they seem to prefer to grab a morsel, fly back to a perch and spend a few seconds getting that one small seed out of the dry sunflower fruit.

The seed is what these birds are after, leaving the shell to clutter the area below the feeder.

Several things that surprised me about feeding is the number of items we throw out that birds will use, including old bread, a roast chicken or turkey carcass and bits of shagbark hickory nut meats left inside shells.

Some feed squirrels and jays a handful of shelled corn each morning just on a concrete slab outside a basement door. Those who crack hickory nuts, might consider picking more nuts next fall and cracking a few for the squirrels, jays and nuthatches, too. Do the same spread with a regular bird feed mixture. Not only will the ground feeders love it, but so do many birds who more commonly perch on feeders.

For those pheasant hunters who are not pleased that the releases are down by a third, note that any drops missed because of heavy rains are being made up by making sure each property will get their birds the next week or beyond. No releases will be done after gun deer season this year, Kelly Maguire, of Poynette, said.

John Borzick, at Tall Tails Sports and Spirits in Boscobel, hinted walleyes have continued to take bait, but crappies and other pan fishing have slowed on Mississippi and Wisconsin rivers and backwaters.

“Deer hunting has been very good, with some larger bucks being taken in Crawford, Grant and Richland counties,” he said. “Not all pheasant hunters have accepted the reduced releases this year, however, but are still hunting as are a few duck hunters.”

Don Martin, of Monroe, keeps selling night crawlers, but hasn’t been able to keep all ammunition buyers happy. He broke a smile when a man tapped on his yet-to-open shop door to ask if there was safe ice yet for fishing. Seriously.

Doug Williams, of Portage, is not one to say I told you so, but continues to warn that ammunition is scarce. He has a simple sighting in technique, requiring about five shells and saving the other 15 for hunting.

“Hunters and deer watchers should continue to watch the roadsides for running deer during the next month,” he said.

Start planning the gun deer hunt and how it might be safe and still hold a traditional value.

A male cardinal takes suet from a cake laying on a piece of yard art.

Safe hunting will take on additional meaning this fall.