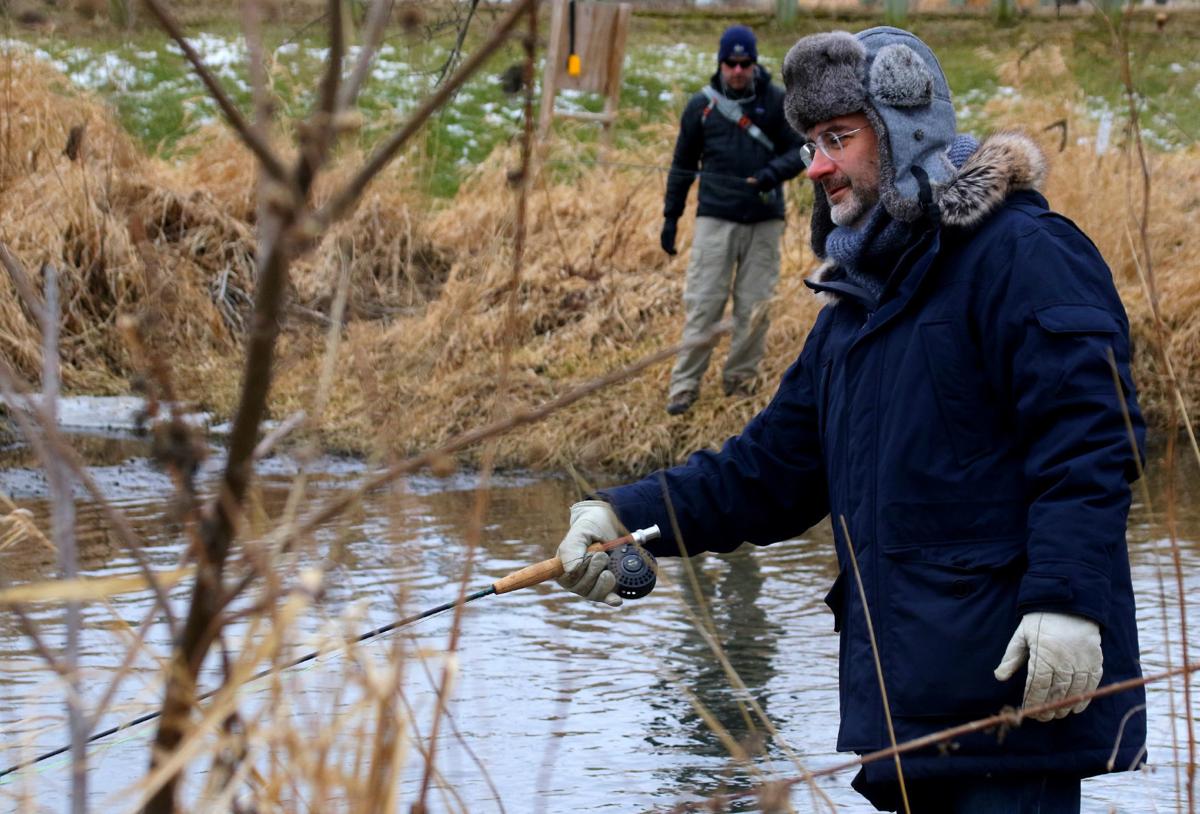 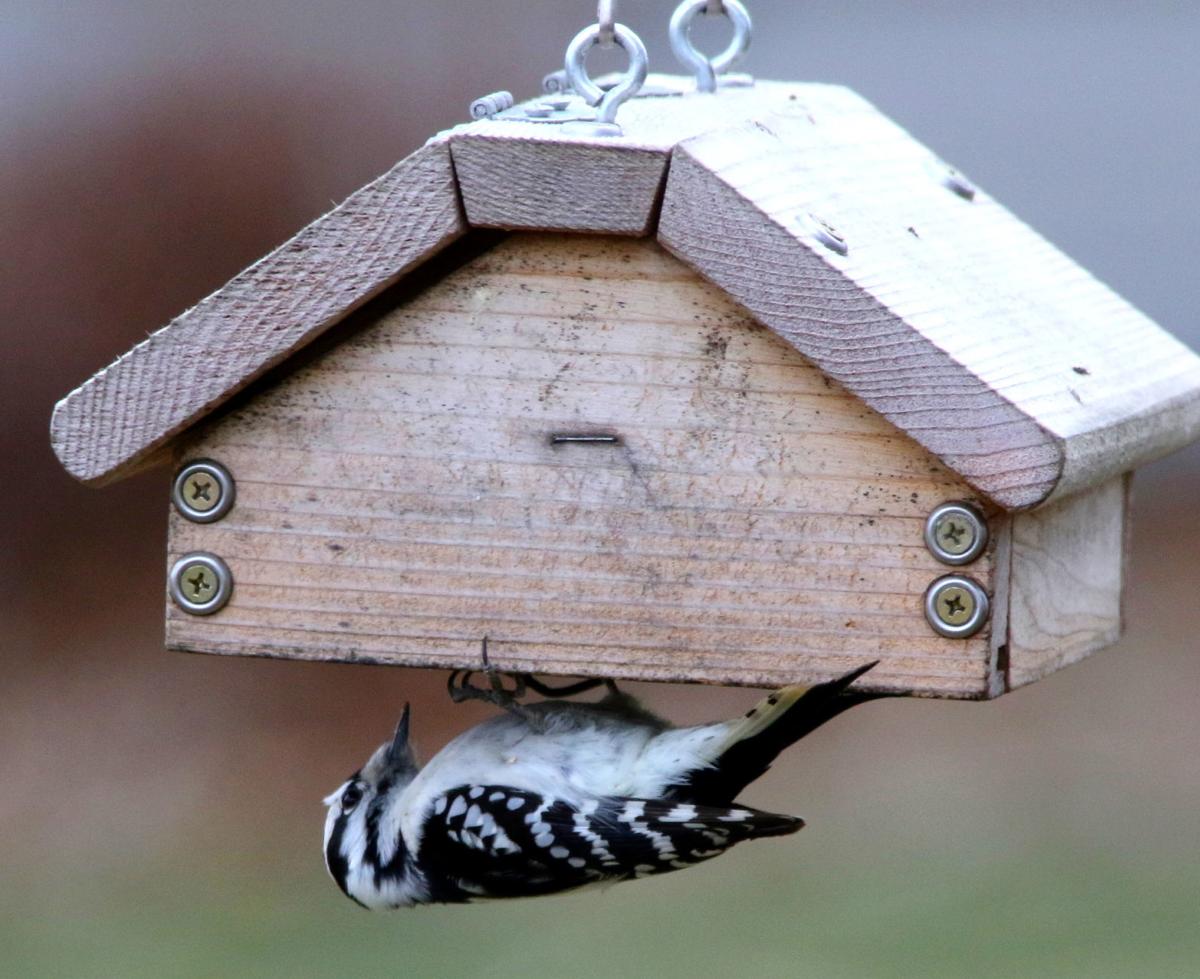 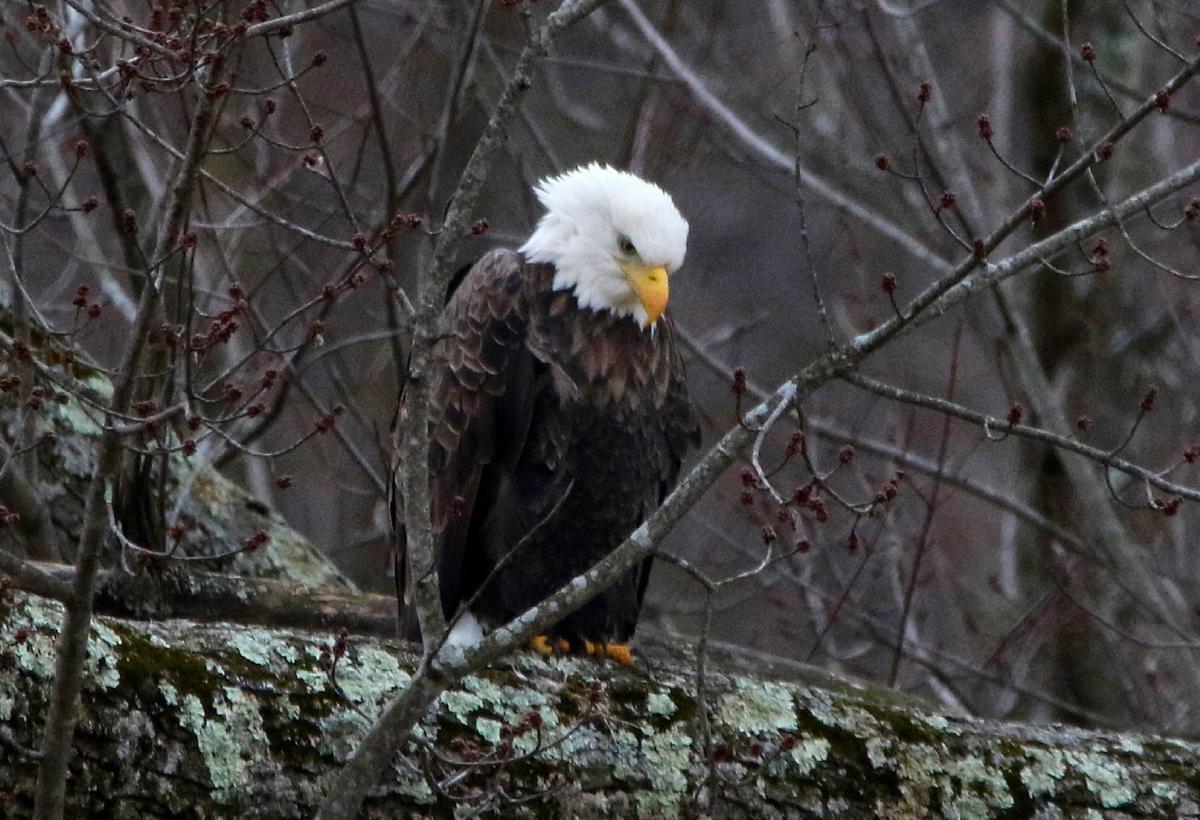 A bald eagle watches over a trout stream.

Gloved hands are not the best to handle fish covered with a slime layer. A quick, wet hand, even in cold weather, makes more sense.

When pressured, trout anglers admit it’s about getting a breath of fresh air and traditionally opening what is now a 10-month season. Many like to call it a success if they release one fish. Others mark it up as exercise.

Watercress is being clipped, bagged, washed and refrigerated, giving fly-and spin-fishers something to fill an otherwise unnecessary creel.

Capture and release continues with the DNR deer research crews using drop nets, temporarily detaining anesthetized animals while landowners watch with amazement and learn from these and future observations.

Gail Smith at Wild Birds Unlimited in Middleton suggests the lack of snow cover and cold weather have meant birds can more easily find natural food, but providing black sunflower seeds and safflower seeds will cover many birds’ needs. “Even with a small snow cover the other day, I noticed an uptick in bird activity at my feeders,” she said.

She also recommends keeping feeders and feed clean and replacing wet feed. Add a few nuts to the menu, too, for more variety in feed and bird visits.

The Enforcement Bureau of the Wisconsin Department of Natural Resources named a new chief conservation warden recently, with Casey Krueger moving from his South-Central Regional supervisor position to the new post Jan. 5. He was hired as a field warden in 1998, has worked in Oconto, Columbia and Lincoln counties before moving to Dane County.

“We will have a pretty full crew through the 2020 hunting seasons,” Storm said. “Then we’ll start decommissioning all the equipment we’ve been using in the field studies since this is the last winter capturing season. After that, monitoring deer, particularly the new fawns collared this spring will occupy our time.”

The data analysis begins with an enormous data file from the GPS collars carried by deer, coyotes and bobcats for a number of years. Tissue sample are still on hold in freezers.

Almost all the netting and fawn capture have been done on private land and while the landowners do not get paid. They do get tremendous opportunities to see science working, make their own observations of collared deer and begin to realize how valuable this study will prove to be.

For example, deer movement and areas occupied at different times of the day, season and year are likely to be helpful in explaining where some of the deer were during the 2019 gun deer season.

A nearly completed posting of all deer season registrations is now posted on the DNR deer harvest pages on the department’s web page.

Ice fishing, while good in many places, continues to be chancy due to varying, atypical winter weather conditions.

Some buck movement is still occurring; antler drop has begun; opossums and skunks have returned to strolling “outside;” turkeys are more vocal; and most small game seasons have now closed for the winter.

Bald and golden eagle observations are timely. Wisconsin’s resident bald eagles are about to begin incubation.

Editor's note: This week's An Outdoorsman's Journal is written by Mark Walters' daughter Selina Walters, who is a freshman student at UW-Steve…

Even though bald eagles, wild turkeys, barred owls and great-horned owls are busy, with either nesting duties, or gathering rafts of their own…

A bald eagle watches over a trout stream.