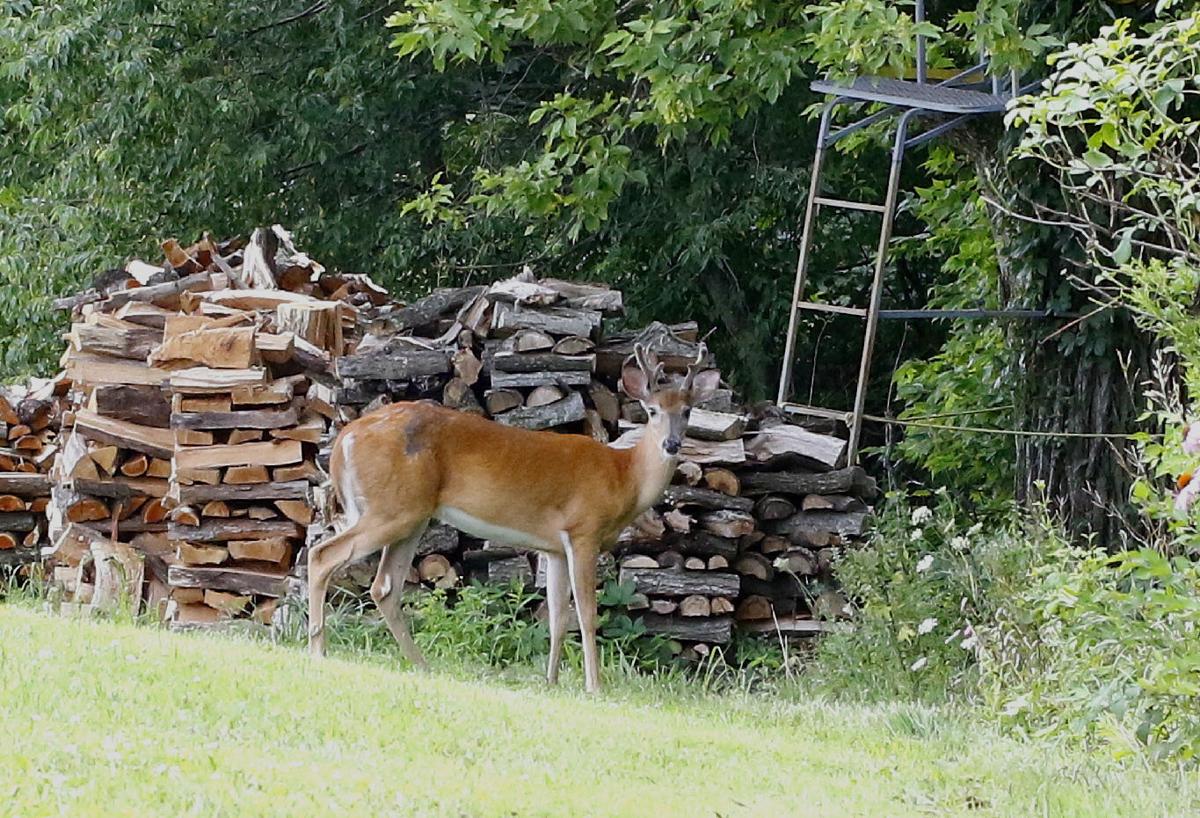 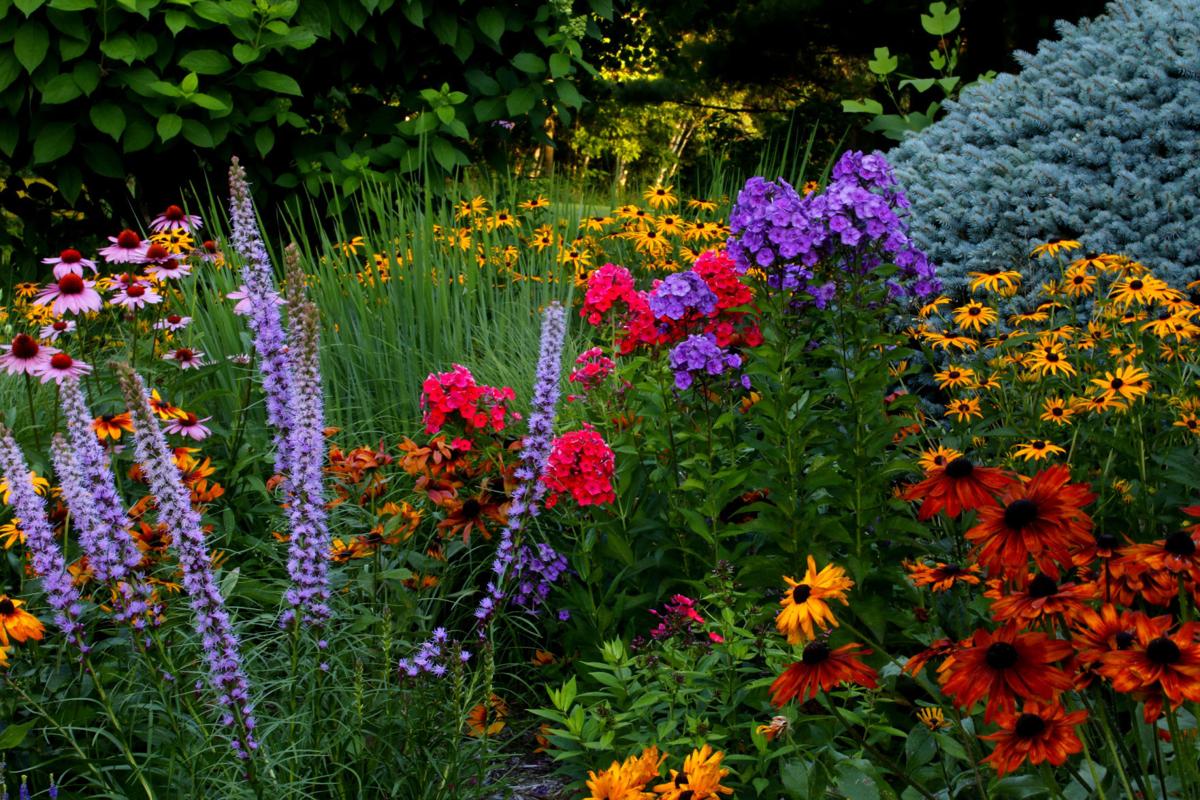 Late summer perennial beds have a hold on beauty. 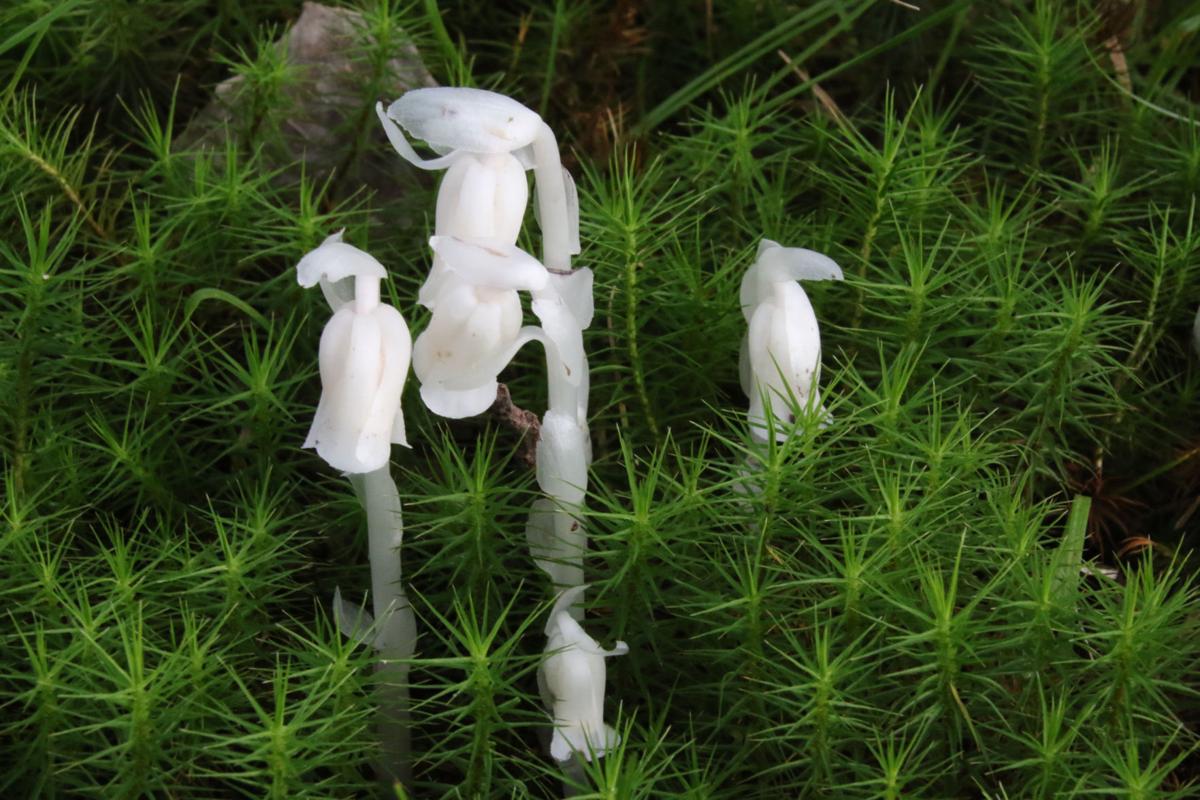 Ghost plant is sure to catch our attention, even though it is six inches tall.

The 2020 regulations pamphlet is available on the DNR website, which may be how most hunters will use its larger format; it will also be at license outlets in August. That’s just before the first seasons open for teal, Canada goose and mourning dove Sept. 1.

The three-column magazine-style layout bags 32 pages, including a number of color photographs and illustrations.

Changes for 2020 include a noon pheasant hunting closure on select stocked public properties; a Jan. 3, 2021 closure for ruffed grouse in Zone A; increased hen mallard bag limit from one to two birds; and allowing night hunting for raccoons, coyotes and foxes statewide during the nine-day gun deer season, Nov. 21-29.

A plan to encourage making venison available to the non-hunting public is being formalized with an announcement coming prior to the Sept. 12 archery season.

The annual autumn wildlife forecast publication is also about to be released prior to the autumn season launches.

Late summer vegetation changes continue to mount, which will begin to clear the way for hunters, wildlife viewers, and photographers expecting a sharper path to large and small subjects.

One development will be noticed as soon as scouting treks begin. The long list of hitchhitching plants is the maturation of hundreds of Velcro-like barbs. Clothing, companion dogs, and the prey themselves are already dispersing weed seeds and fruits near and far.

In addition to the well-known stick-tights, burdocks and beggar’s ticks, consider stickseed, the king of cling. Each dry fruit has four seeds, which along with the fruit, cling.

While green, these hikers can be cut, pulled, wacked and stomped without so much as a single clinging propagule, but time is of the essence. In a few weeks the job will be much more frustrating for human and beast.

Stickseed, like some others, is biennial and has a shallow root system, which extracts relatively easily. The trick is to recognize the plant before the seed or fruit is mature. An early maturing individual plant might help with a sample.

Other plants and fungi that do their own dispersing are coming into flower and fruit, too. Lowland areas are gaining a hint of purple, which gets more mauve every day, as Joe-pye-weed approaches five feet. A hummingbird’s favorite, cardinal flower, is beginning its month-long process of providing nectar one bloom at a time. The blue version, also a wet meadow bloomer and sometimes called blue lobelia, shows itself in mid-August.

Everyone’s mystery botanical, ghost plant, towers a mere six inches but its total whiteness prevents it from being overlooked.

While we’re excited about the early sweetcorn, deer are not waiting for the milk or dent stage and are taking ears, first on the outer rows of field maize. Other deer are going for little green apples, sour grapes, fresh alfalfa and soybean pods.

Prairie compass plants, up to eight feet tall, are having a down year in their erratic flowering cycle.

Deer are not timid, either, about green or red tomatoes, also being fed upon by two-inch tobacco hornworms. Potatoes have died back, so these hornworms stick to the still-green solanaceae species. Japanese beetles take almost anything but seem to favor pole beans. Collecting them in a small container of soapy water works because these beetles do not swim well.

Mushrooms continue to pop, but the edibles have not yet peaked. The others are interesting, pretty, and sometimes poisonous, but most are fed upon by squirrels, chipmunks and deer, so don’t use that as an edibility measure.

Doug Williams, at DW Sports in Portage, reminds drivers to watch out for running deer and large rafts of small turkeys. “Flies have got the deer moving so they may appear at any time,” he said. “Mayfly hatches have given fish something to gorge, so the bite is off a little.”

Don Martin, in Monroe, said his customers are fishing water near Browntown, Monticellow and Yellowstone Lake. Many have found private ponds the answer, too.

One of the best signs of autumn’s coming is those low-temperature mornings, when wildlife are anxious to move about, too.

Green has been the dominant cover color for three months, but carotenoids, which have been here all along, are beginning to show us their true…

An unmistakable droning sound of tiny wings and squeaky chipping of a ruby-throated hummingbird meant it was nectar time. A lowland cardinal p…

WALTERS COLUMN: A room with one heck of a great view

Late summer perennial beds have a hold on beauty.

Ghost plant is sure to catch our attention, even though it is six inches tall.