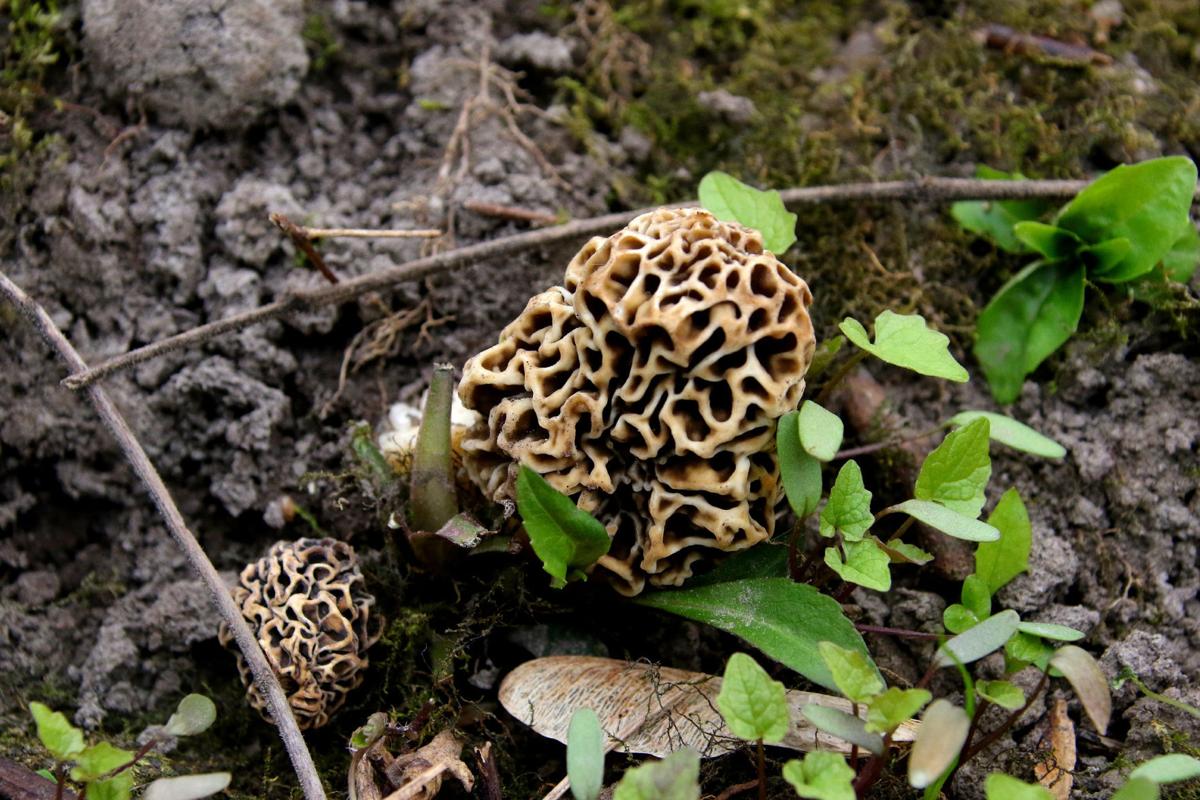 An inch or more rain may bring the morel season back to old time. 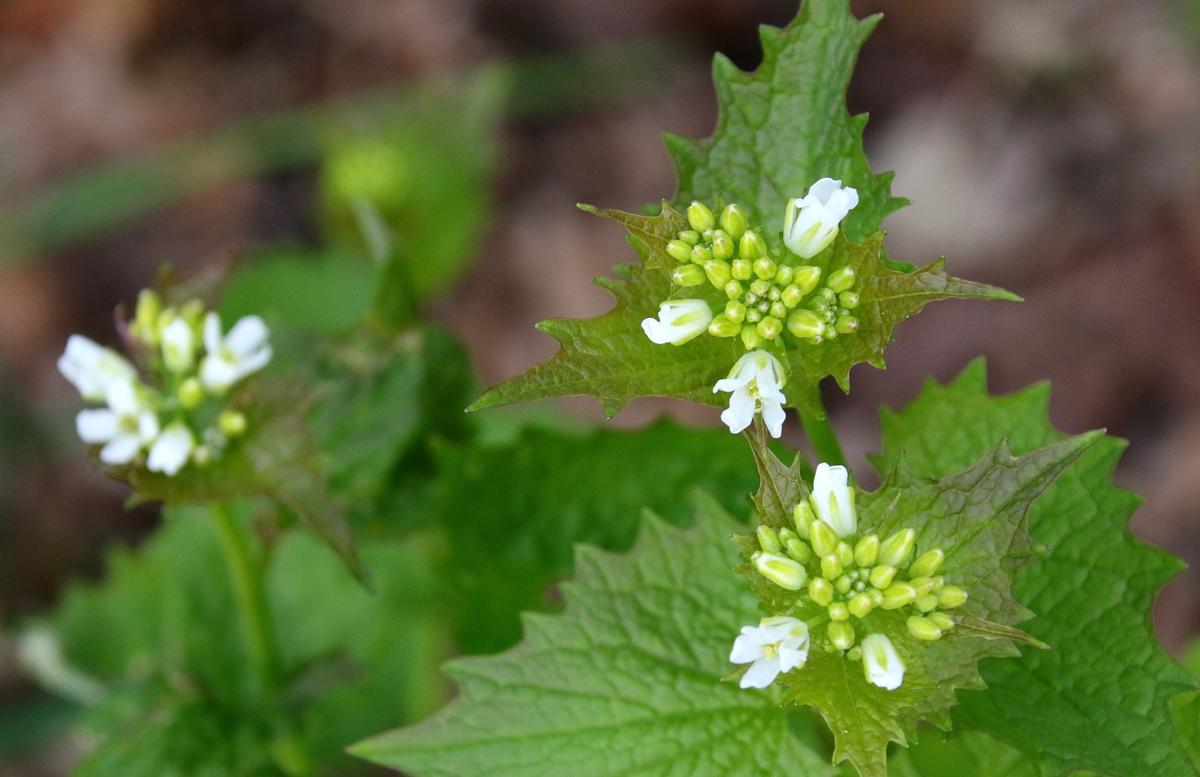 Garlic mustard was hit by a late frost, but not hard enough. 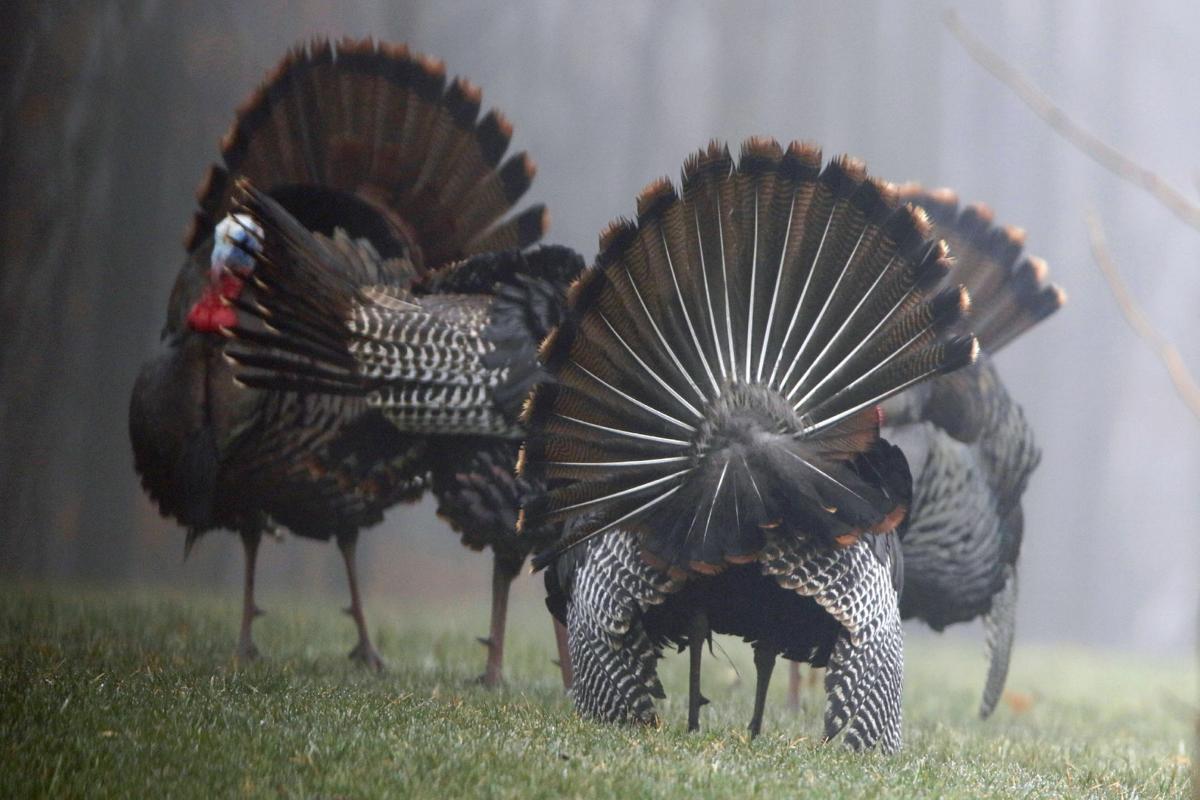 No ethical shot here but be patient for separation.

Straining to see across a field into a forest at 5:45 a.m. was a little like looking for horizontal lines of deer backs during November’s gun deer season. The temperature was about the same but now the deer were running about to avoid coming near a hen decoy, or maybe to warm up.

It was a squint to search for an arc of a turkey’s fan coming through the trees toward the rising sun. None of the white spots from distant farm buildings, a whitetail’s flag, a broken tree showing interior wood, or a noisy pileated woodpecker’s chipping for ants in a decaying aspen turned out to be a gobbler’s head moving toward a hen’s calling when wood was fractioning on wood.

The ground didn’t squish, but broke and crumbled heading down the hill, past a live white oak usually hosting spring’s early morels. More crumbling soil, stark Mayapples, some with two developing leaves, and others with a single, folded umbrella.

Bypassing a trifecta of emerging ginseng plants, still in a hooked-stem stage were left to be. A thin leaf layer may have been enough to save them if no 25-degree air is allowed under the dead oak leaves.

A hen bluebird left her nest box and five eggs to get a breakfast, providing a chance to touch the still-warm eggs. Had the hen not left on her own there would be danger in disturbing her and slowing her return to save the eggs’ development process.

It’s nearly universal; bluebird nesting is lagging and a second brood may be the first.

Down stream trout anglers were nowhere in sight, still waiting for May 1st catch-and-keep, but Bret Schultz says April and May are some of the best trout fishing months. After a dry April, all streams are very low and very clear.

“It’s tough fishing so I’m hoping for a little rain to add a little color to the water," he said.

“If I were going out opening morning, I’d be there at 5 a.m., particularly if it’s a sunny day."

Trout fishing has been heavy, just as other outside pursuits.

“The fish have been pounded,” Schultz said. “But this is caddis time and on a sunny afternoon you can almost count on a hatch. The fish seem to be waiting to hit the hatch, sometimes before the caddis is on the top.”

Fifty fish in one afternoon, when Bret hits the hatch? That’s no fish tale.

Take along any caddis imitation and it should work during one of those afternoon windows.

Ten-day forecasts promise some 60’s and 70’s, which are much needed, along with moisture, too, for fungal development of morel mushrooms.

But even more than a frail turkey populations in some areas, there are hints of a morel season similar to 2020’s “worst year ever,” for morel gathering, buying, selling, drying and consuming.

A combination of wrong weather at the right time caused the 2020 spring’s mushroom collapse, many agree. While some fruiting bodies were sighted by April 15, most hints of an explosion have fizzled, except for numerous false morels.

Will ample rain and warmth be enough to save the true morel?

Without great weather, surely all will be unhappy, including those with morel allergies, who just pick and part with their parcels.

Because morels grow and store food in summer and fall, one may have guessed there was lots of energy in the fungal threads for many May motherlodes this spring.

Don’t write the fungus season off just yet, though.

The oaks, hickories, walnuts and other hard mast trees and shrubs may have dodged the frost with later catkins, flowers, and developing acorns.

Turkey hunters who are experiencing fewer birds among the forests, fully realize that nut failure last summer and fall are parts of the reason. Deer, with their changing coats, and squirrels certainly do. Turkeys have given up scratching for acorns.

The best advice is hope, persistence, and patience and not to be disappointed with a jake turkey and a dozen or so morels to go with the wild asparagus.

Gobbling in Yellowstone Lake area has been slow. Gobblers get with hens and the music quiets down at 7 a.m. said Wayne Smith in Lafayette County.

Some hunters have had good fortunes, said Warden David Youngquist in Iowa County, and hunters have been mostly following hunting rules.

“I admired a 26.5-pound bird from Portage County,” added Doug Williams, at D W Sports Center in Portage. “The river is still producing fish, and deer coats may be half white from shedding winter hair.”

Be alert for morels with higher temperatures; be persistent on turkeys; pick a handful of wild asparagus; and try to count hungry eaglets being fed in nests before developing leaves conceal the action. One Wisconsin nest has four eaglets.

An inch or more rain may bring the morel season back to old time.

Garlic mustard was hit by a late frost, but not hard enough.

No ethical shot here but be patient for separation.