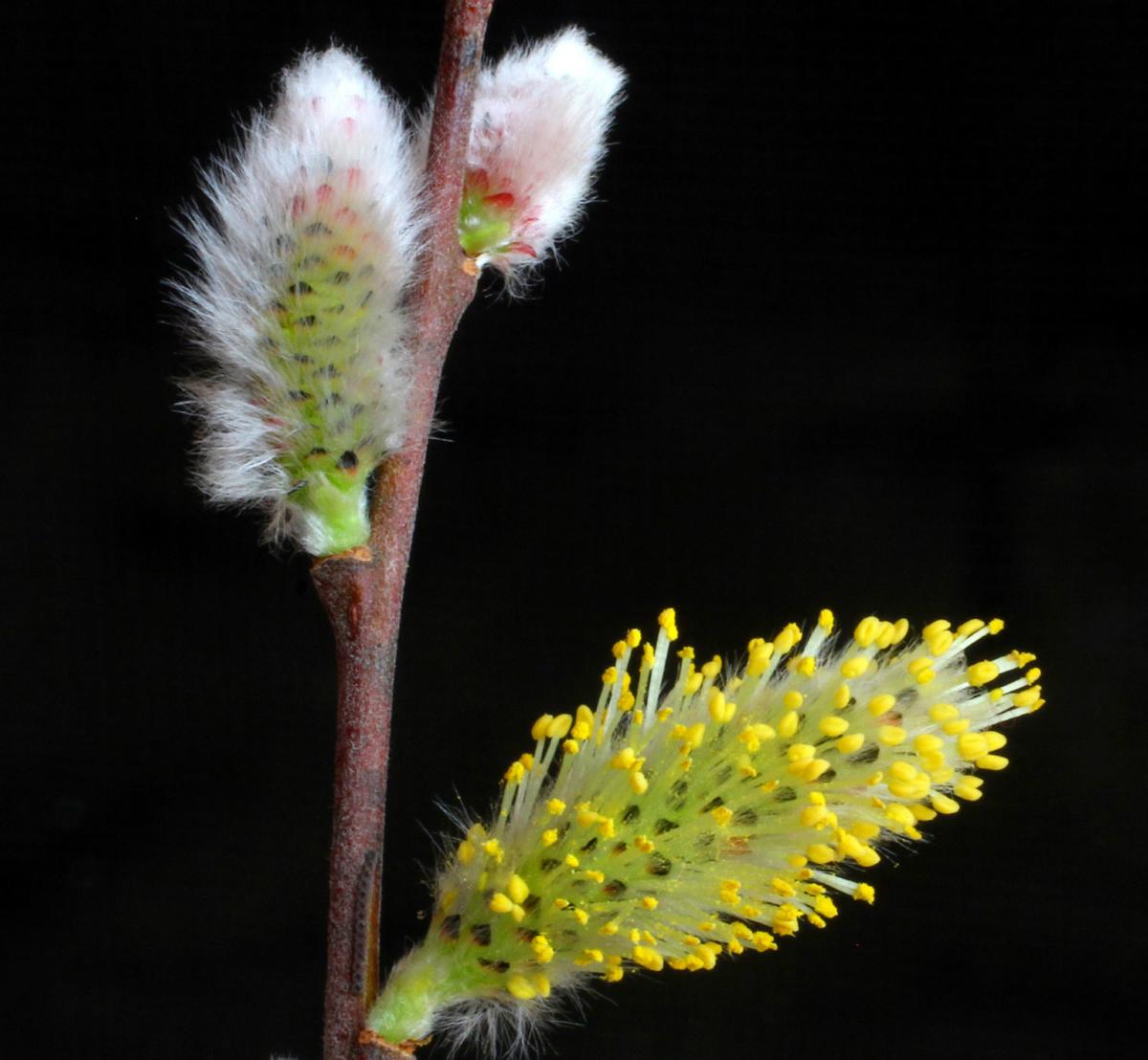 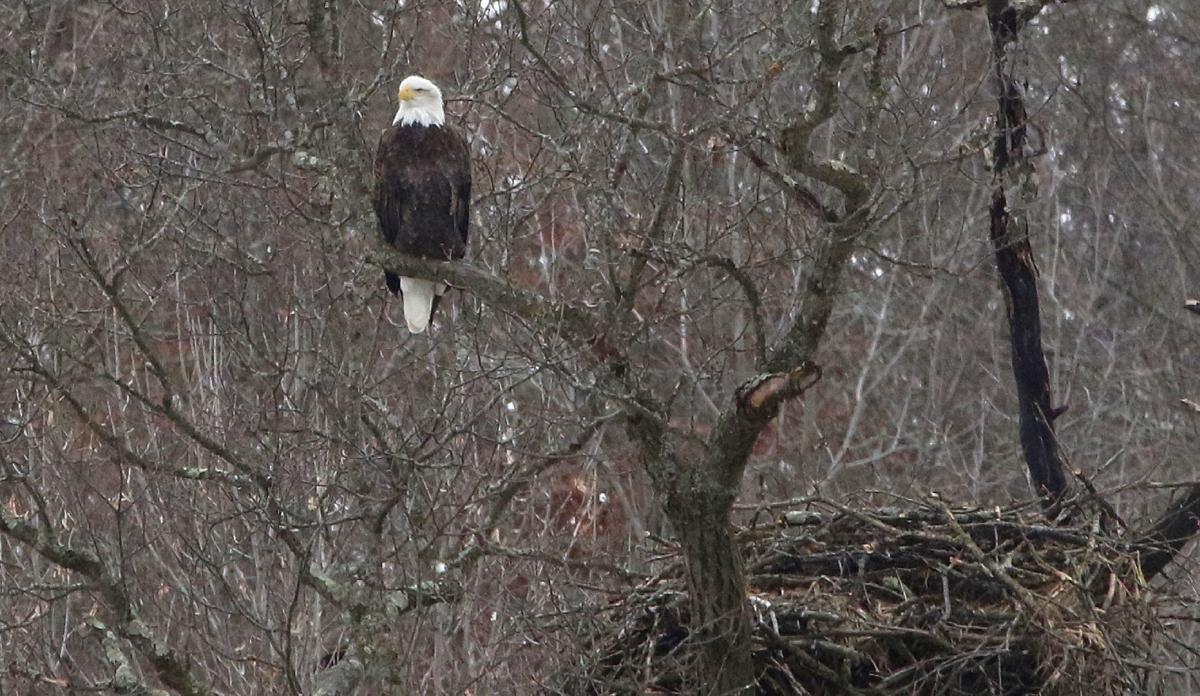 This bald eagle waits beside its nest while its mate is deep and out of sight in the nest bowl. 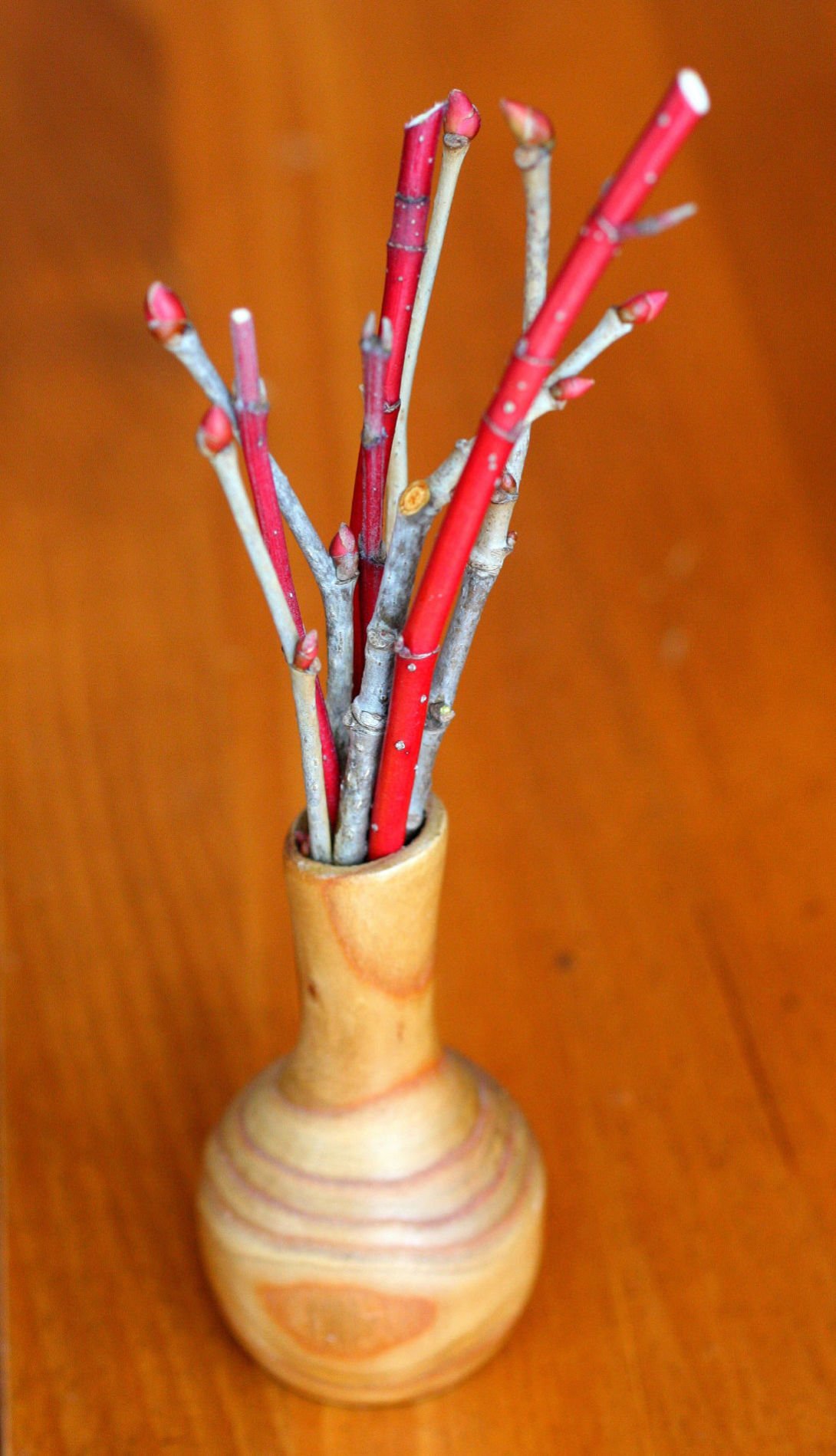 A tiny vase with red-osier dogwood and basswood twigs will last all spring. 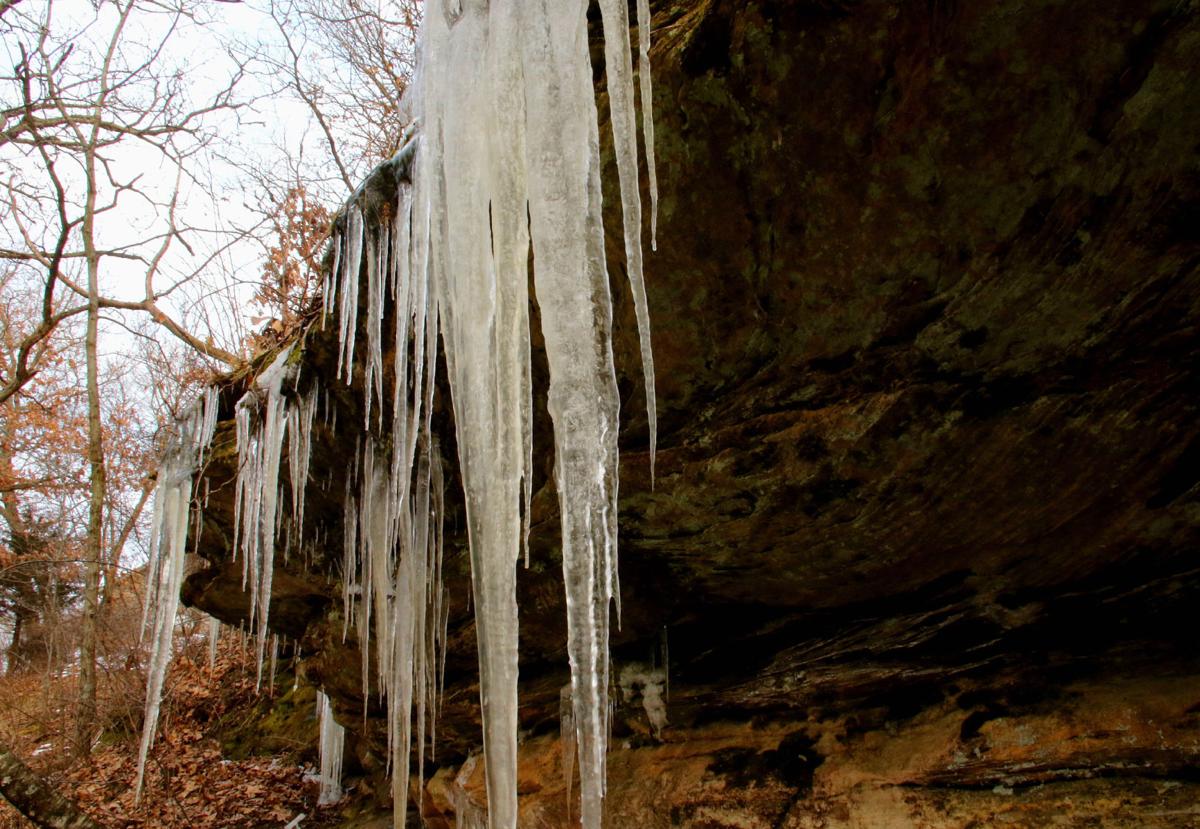 Look ahead to Valentine’s Day on Friday. The history of how the day became cards, sweets and flowers is no longer important to most, but finding a gift from the outdoors is. The early February date makes moderate difficultly for those who prefer to gather from nature and may at times test the resolve of the best naturalist, hunter, gatherer or early angler.

Why not try? Morels for Mother’s Day. Evergreens for Christmas. Venison and turkey for Thanksgiving.

While skunk cabbage is blooming and skunks are roaming, best not to go there with a marsh flower or even a soft, fuzzy black and white toy.

Indoors-forced willow flower buds are interesting, with a bouquet of several hundred clustered on a catkin no larger than a squirrel’s ear. Sweets are limited to beginning sapcicles on maples, either raw or boiled to syrup, candy or sugar (I suppose one could drink it, too.) Cards are best written in snow or scratched in windshield’s frost.

Available dried or woody plant structures include red-osier dogwood twigs and basswood buds. These certainly best plastic and cardboard flowers and will last nearly as long as is desired, without water.

The largest fish taken on the upriver lakes was 140 pounds, while a 107-pound fish was taken on Lake Winnebago. There is plenty spectator ambiance for an afternoon trek to the Oshkosh area.

Blood and tissue samples in 2018 from 235 hunter-collected Wisconsin ruffed grouse suggest individual birds are capable of surviving exposure and developing an immune response, as explained in a paper by six Wisconsin Department of Natural Resources biologists.

The best method of maintaining a healthy grouse population is through appropriate habitat biologists say.

This three-year study will allow a better understanding of the distribution, prevalence, and scope of WNV exposure in Wisconsin populations, some of which may suggest additional actions beyond shortening the season, but none are likely.

West Nile Virus is spread by mosquitoes. It appeared in North America in 1999 and has spread west. It is damaging to bird populations most susceptible, including crows. Birds with the disease may die within a few days, or they may survive, depending on the species and individual.

Listen now to the turkeys answering barred and great-horned owls.

This bald eagle waits beside its nest while its mate is deep and out of sight in the nest bowl.

A tiny vase with red-osier dogwood and basswood twigs will last all spring.