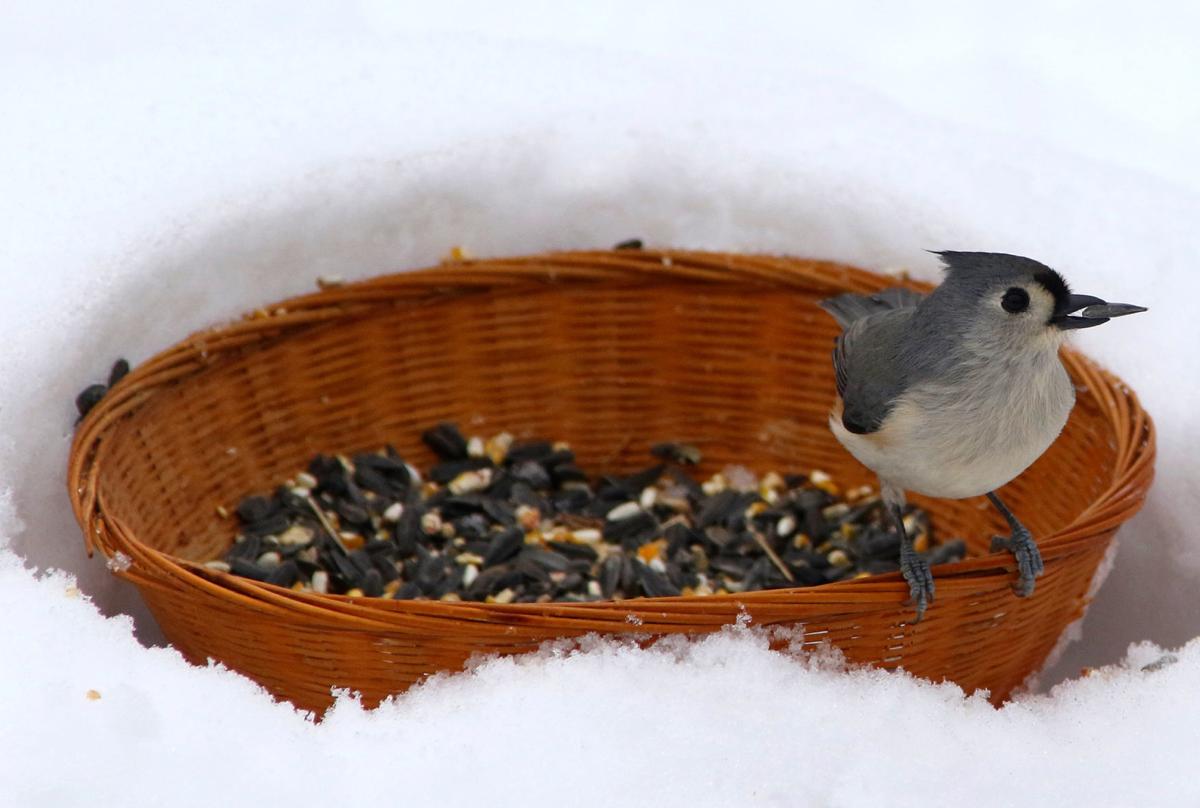 Of all the seeds to select, this tufted titmouse took a black oil sunflower. 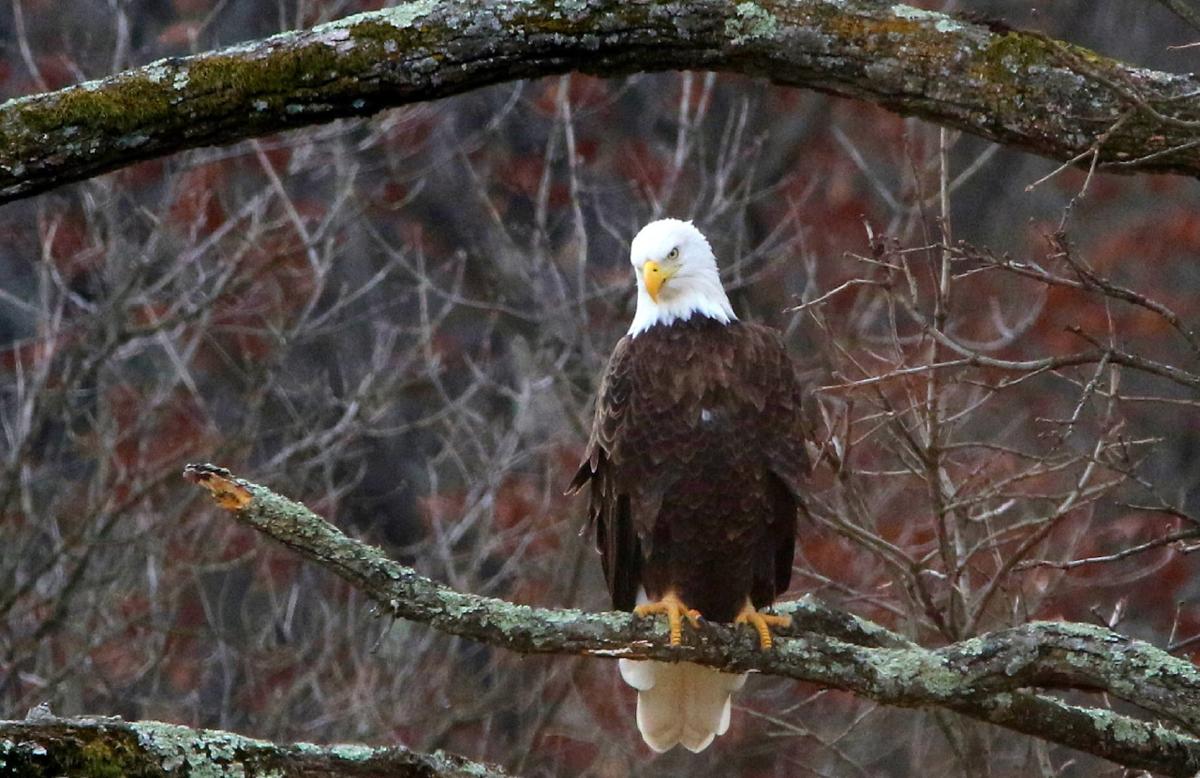 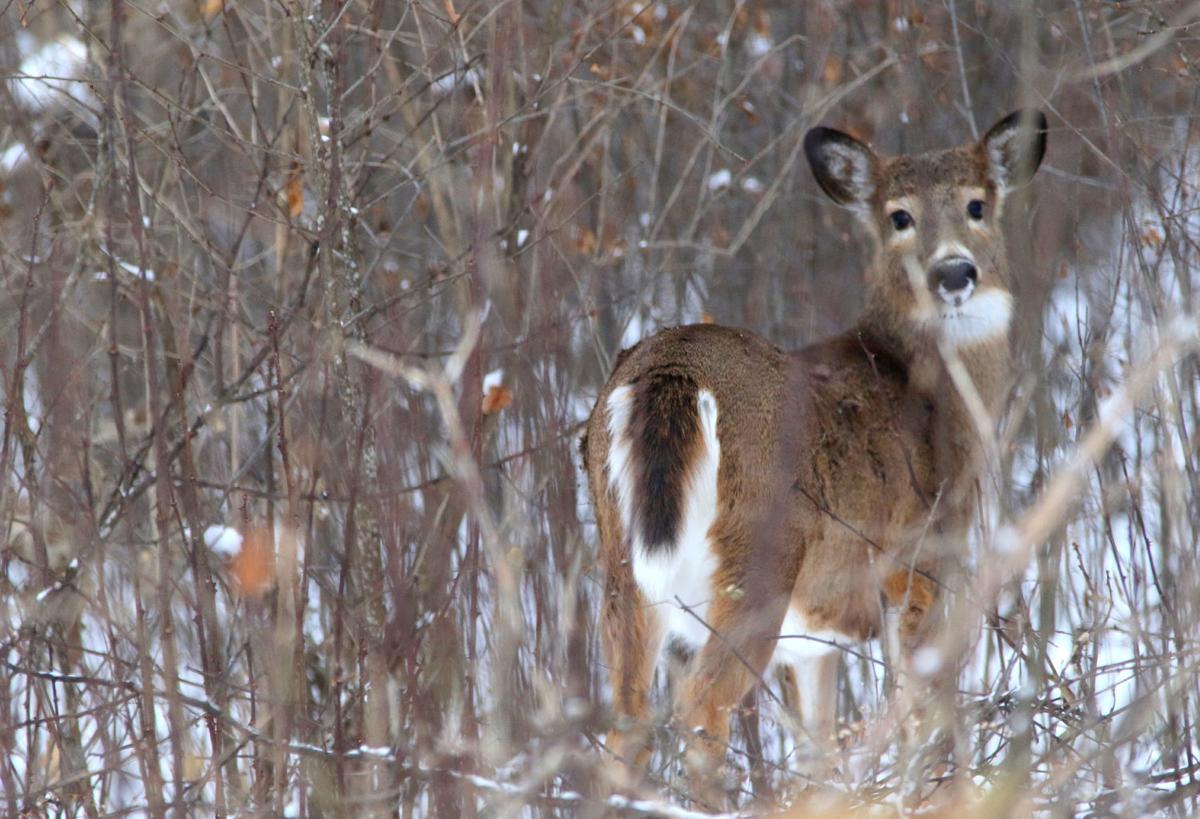 White-tailed deer are searching and finding food where they can after the recent snow drop. 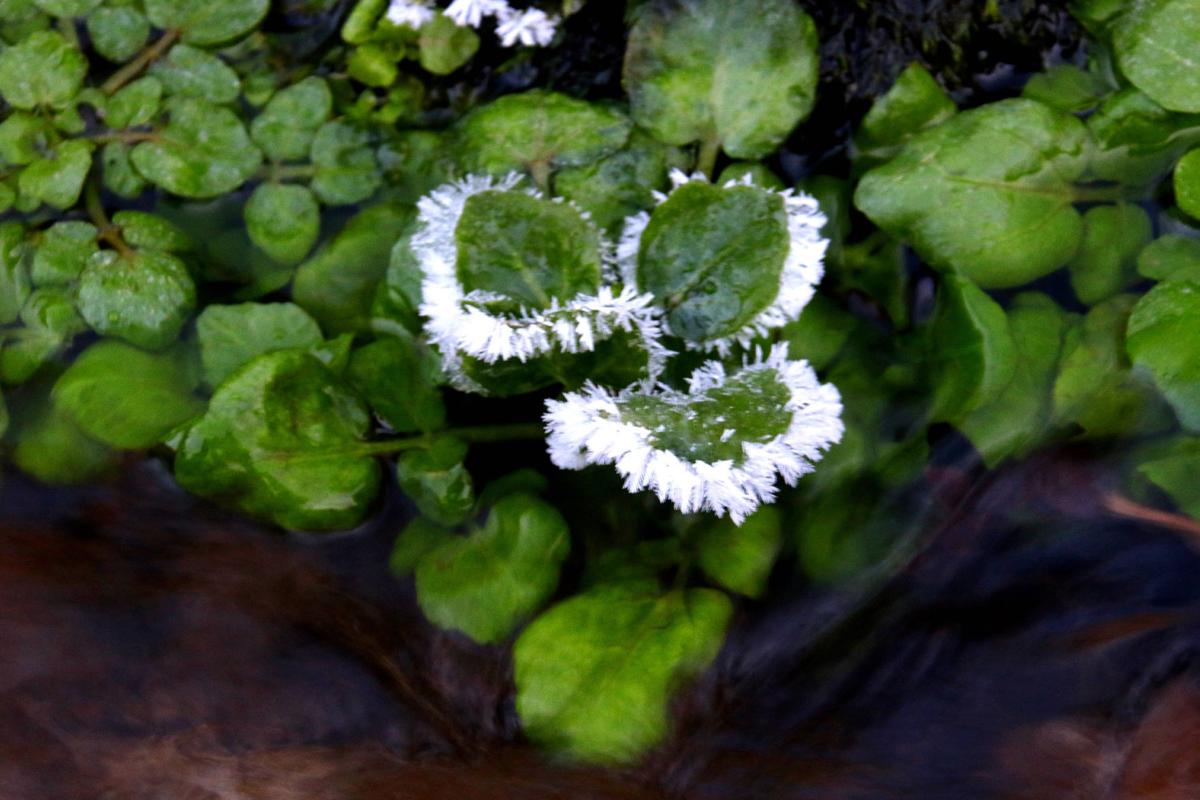 Those who feed birds have been perplexed, complaining and concerned since bird congregations have been skinny throughout autumn and early winter. A lack of staying snow cover has not helped, but has exacerbated some of the best-intended efforts.

The situation has become so problematic a popular comic strip spent days highlighting why neighbors were sneaking though the night to discover why droves of birds selected one feeding station over another. The cartoonist solved the frustration by showing bags of premium feed in a shed of a neighbor being inundated by hungry birds.

Bob Ross, at Wild Birds Unlimited in Middleton, had a better answer than trespassing.

“Each of the blends and mixes are tested before being sent to individual stores, so we know they are going to attract birds and there aren’t a lot of fillers in their mixes either, things that the birds won’t eat,” he said.

Look for mixes that are a morsel more expensive than bags with only one type of seed. An inexpensive mix is likely filled with seeds birds abandon.

Watch what the birds eat, what the fly away to a perch with, to get an idea of what they want, will take, and store or consume on location. Generally birds are not going to come to feeders stuck in the middle of a yard, either, providing no place to perch or be protected from elements and predator birds.

With real winter upon us, look for most animals to be hungrier. Deer are beginning to hit evergreens. Convocations of bald eagles are perched over open water.

Recent snows were welcomed by skiers, snowshowers, snowmobilers, trackers and squirrel and rabbit hunters. Most other small game seasons and deer seasons are closed, however.

Trout and open-water anglers can do without snow. And so can ice fishers, because snow blocks light getting to the underwater plants and insulates the water, hampering good ice formation in places.

Firewood making had an extended season, which closed with recent snow and cold.

Watercress is doing fine and springs are attracting some wildlife, including overwintering robins and bluebirds. Muskrats may be out on sunny afternoons.

Deer movement has stepped up, but the beginning of shed hunting will have to wait due to snow cover.

Total deer registrations is 287,615 with 58.3 percent taken during the nine-day gun deer season. The 137,338 bucks registered during the gun season were 55.8 percent of the bucks taken by hunters during all seasons. Assuming the statewide deer population was about two million deer, hunters accounted for reducing the herd by 14.3 percent. Disease, vehicles, predators and other causes took the lives of many deer, too. Some of these causes can be better estimated after the Southwest Wisconsin CWD, Deer, and Predator Study is completed and some of the data analyzed.

The GPS maps of collared deer may shed light on where the deer were hiding and how much traveling they did during the nine days and at what time of the day or night energy was conserved or called upon.

A complete breakdown of all seasons and deer genders taken by hunters can be found on the DNR Web site under “Deer Harvest.”

A firewood fiscal between two neighbors was resolved when they took to examining the winter tree buds to determine whether the wood was shagbark or yellowbud hickory. Shagbark hickory is denser and therefore better firewood.

Bald eagles continue to prepare for incubation. Numerous eagle-watching days have been advertised.

Pussy willow flower buds are expanding and can be hastened by indoors temperatures.

Drivers need to re-learn winter driving skills; so too for walkers.

Editor's note: This week's An Outdoorsman's Journal is written by Mark Walters' daughter Selina Walters, who is a freshman student at UW-Steve…

Even though bald eagles, wild turkeys, barred owls and great-horned owls are busy, with either nesting duties, or gathering rafts of their own…

Of all the seeds to select, this tufted titmouse took a black oil sunflower.

White-tailed deer are searching and finding food where they can after the recent snow drop.