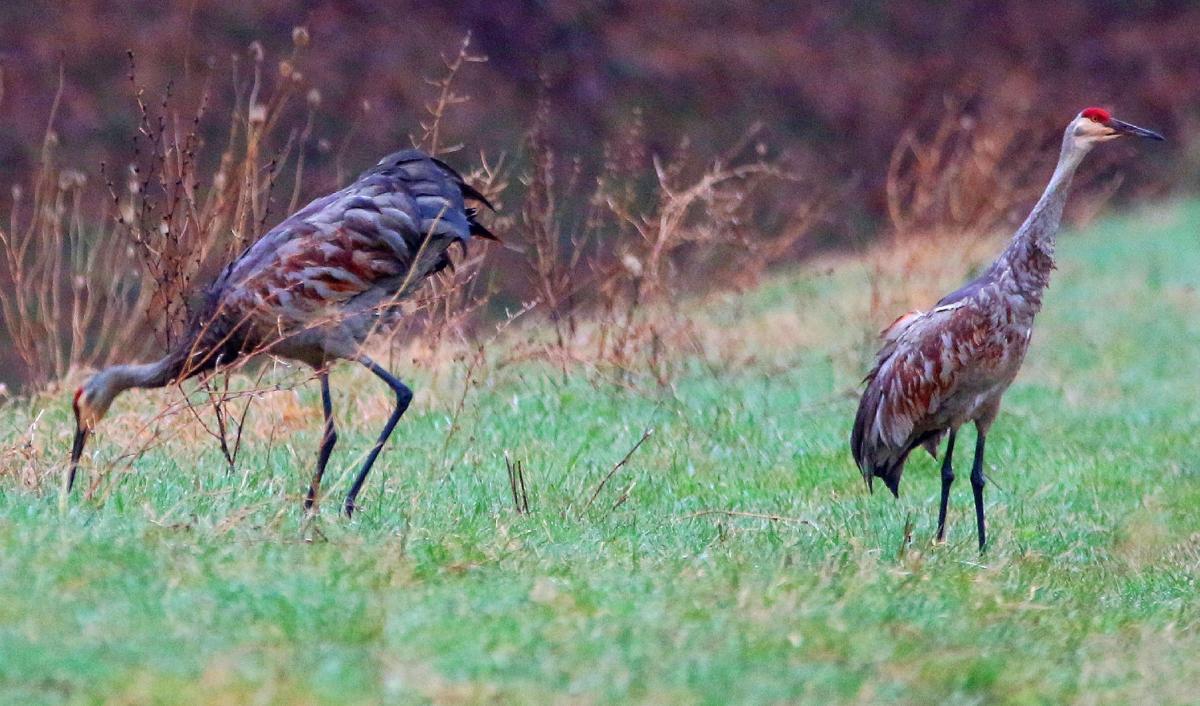 This pair of sandhill cranes is still dancing; nesting is on the horizon. Recent rains have washed away most soil from their feathers. 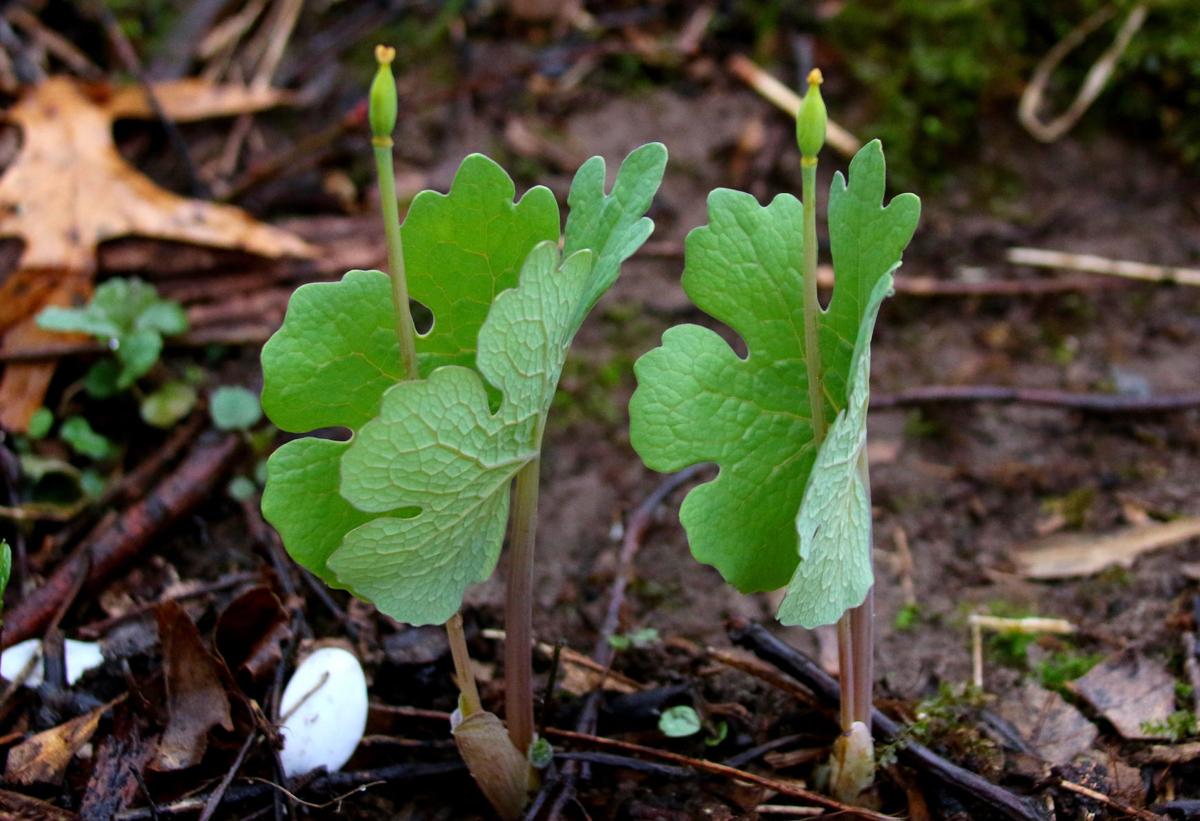 These bloodroot flowers have lost their petals and are forming fruit and seeds. 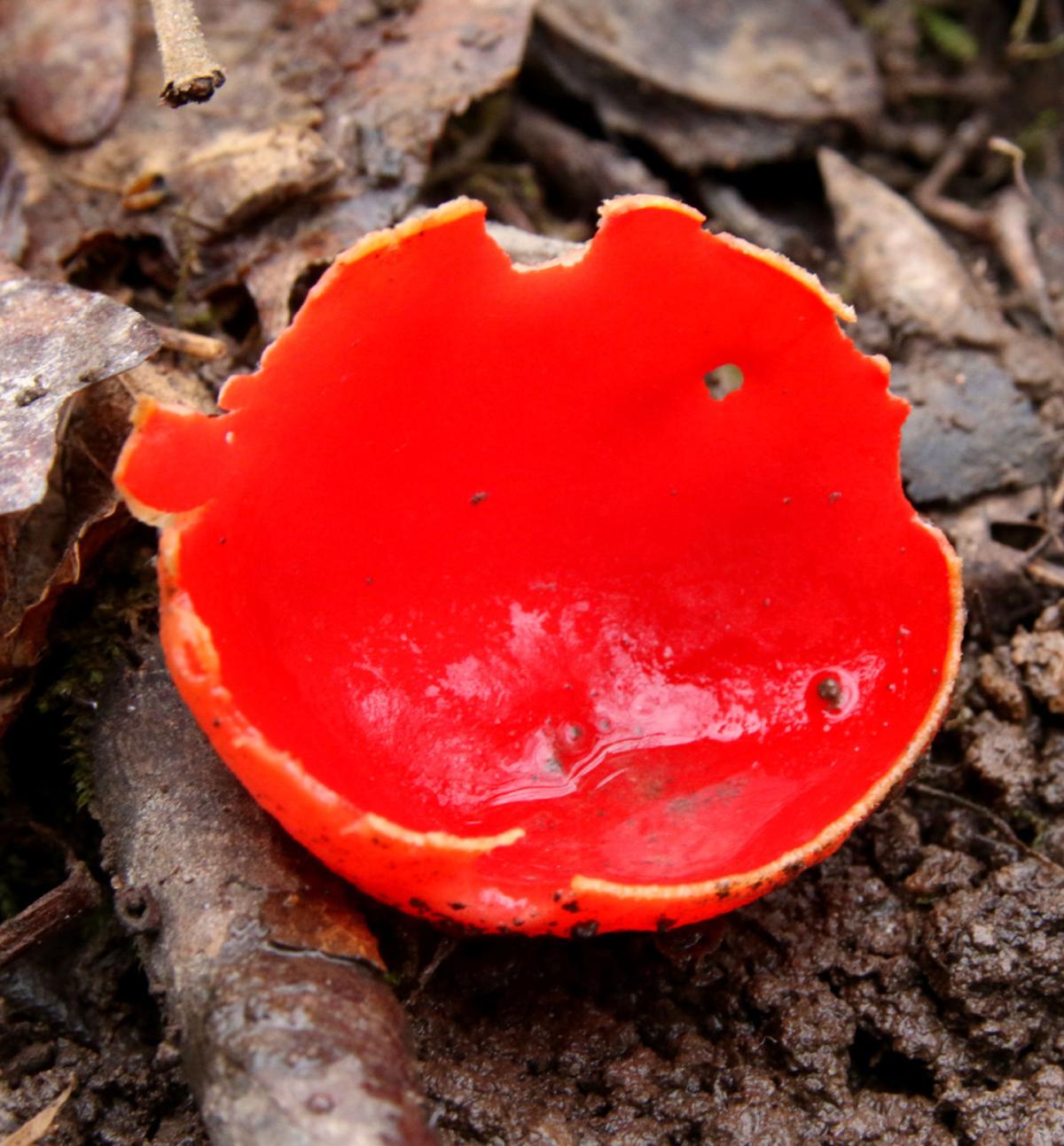 Scarlet cup fungi, this one having been nibbled by slugs, is enough to give hikers and hunters a start. 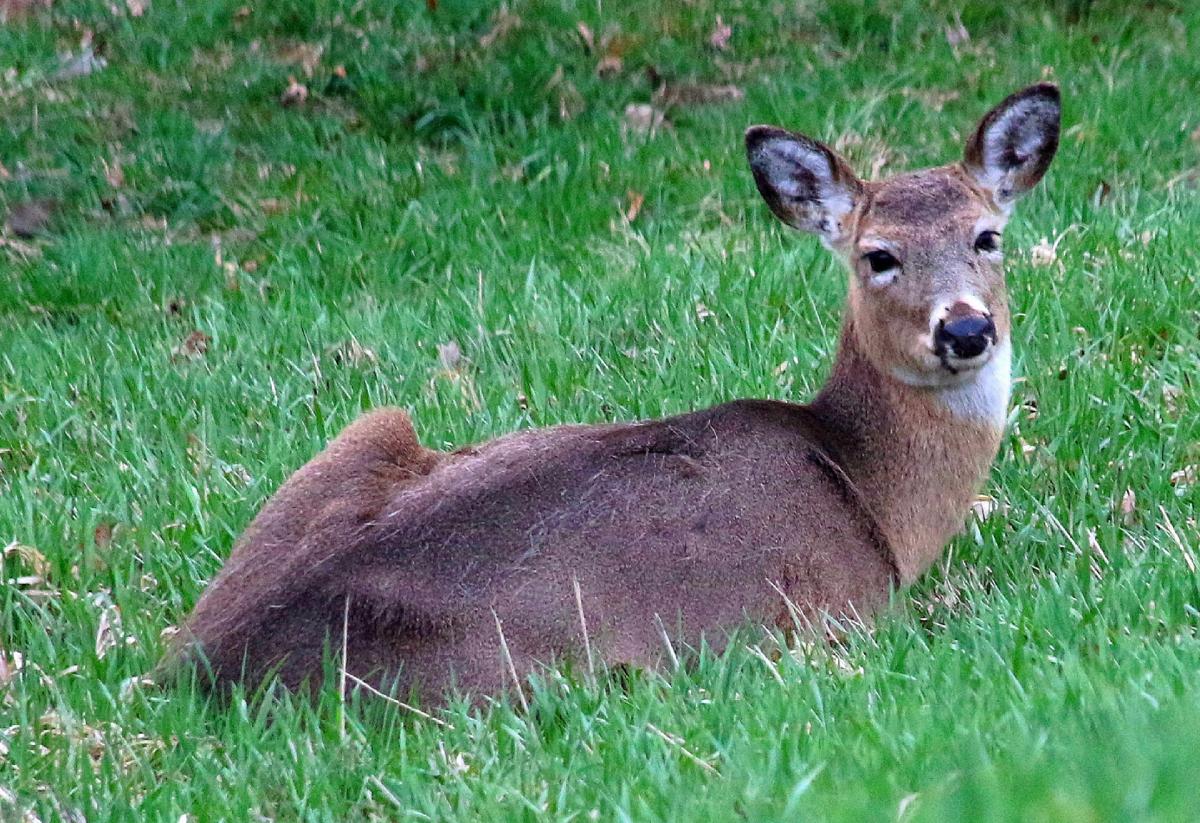 Deer are content to chew after eating spring's new vegetation, which they usually do while resting.

Sandhill cranes are still dancing; bald eagle pairs are beginning to brood, or still incubating eggs, and bluebirds have built nests in boxes.

Spring ephemerals, including bloodroots, are beginning to die back; maple blooms are developing winged-fruits, and white-tailed deer are now content to relax in fields and chew what they recently swallowed.

Spring is in full swing, with many more advances to follow.

“Tom turkeys are gobbling big time in the mornings,” said John Borzick, at Tall Tales in Boscobel. “But some people are thinking ahead and asking about timber rattlesnakes. But the ‘watch out’ if you’re out on May 1 for the regular trout opener; a few of the regulations have changed in this area.”

Not everyone is smiling about turkey numbers, John remarked.

“Some say up, others haven’t seen as many; I hear mostly complaints,” he said.

Turkey and trout seasons are ahead; morels need to show to catch up with rhubarb, asparagus, and chives; leaf expansion will take some time, but one has to love that fresh, new lime green; new evergreen needles are the future, and hard mast flowers are delaying for fear of frost.

Doug Williams, at D W Sports Center in Portage, noted pussy willows are in full bloom and mushrooms, well you’ll need to rake leaves away to see the starts, he said.

“Still, it’s a wonderful time of the year, especially early in the morning,” he said. “Careful with turkey season (youth April 17-18 and Period A, April 21) because ammo is short. Practice wisely; don’t burn up too many shotshells unless you know where you can find more.”

The impacts of last year’s rush on all things yard and garden include price jumps. Same thing with fishing bait, anglers say.

Borzick questioned, “Could raccoons and bobcats be hard on turkeys, nests and adults? We need warmer weather, and still more moisture, for the morels.”

Wayne Smith, one of Lafayette County’s all-around outdoors sages, was out to give some advice on muskrat damage on farm ponds and noticed three Canada goose nests, one with six eggs positioned in an interesting layout. He predicted wild asparagus will follow garden shoots and be appearing this week.

Don Martin, at Martin’s in Monroe, said it depends on who you ask, but the poll seems to be tipped in favor of “turkey numbers are fewer than past years.

“I’m selling fishing licenses, but the regulations are still at the printers, they tell me,” he said.

While walking through the woods to a likely turkey calling location, don’t be startled by a scarlet cup mushroom, as red as the name implies. There’s a black one, too, which appears just prior to morel time. Use phenology; marks calendars, too, one year to the next.

Not everyone tolerates morels; some pickers have found they seem to have an allergy toward this mushroom, but they shouldn’t do you in, just maybe stop you from eating them. Only picking is the perfect remedy.

Another interesting wild food quirk is asparagus anosmic people due to a genetic defect. Sixty percent of people are unable to smell the metabolites of asparagus in urine. Only 40 percent can detect this odor. This must be a genetic defect the 40 percent probably wish they had inherited.

Spring only begins once a year. Enjoy this outdoors as much as you can; any way you can.

Share it, at least relay the experiences, with others.

Most everything turns green in spring, but late frosts may necessitate re-growing or even replanting. Recruitment within populations, animals …

This pair of sandhill cranes is still dancing; nesting is on the horizon. Recent rains have washed away most soil from their feathers.

These bloodroot flowers have lost their petals and are forming fruit and seeds.

Scarlet cup fungi, this one having been nibbled by slugs, is enough to give hikers and hunters a start.

Deer are content to chew after eating spring's new vegetation, which they usually do while resting.