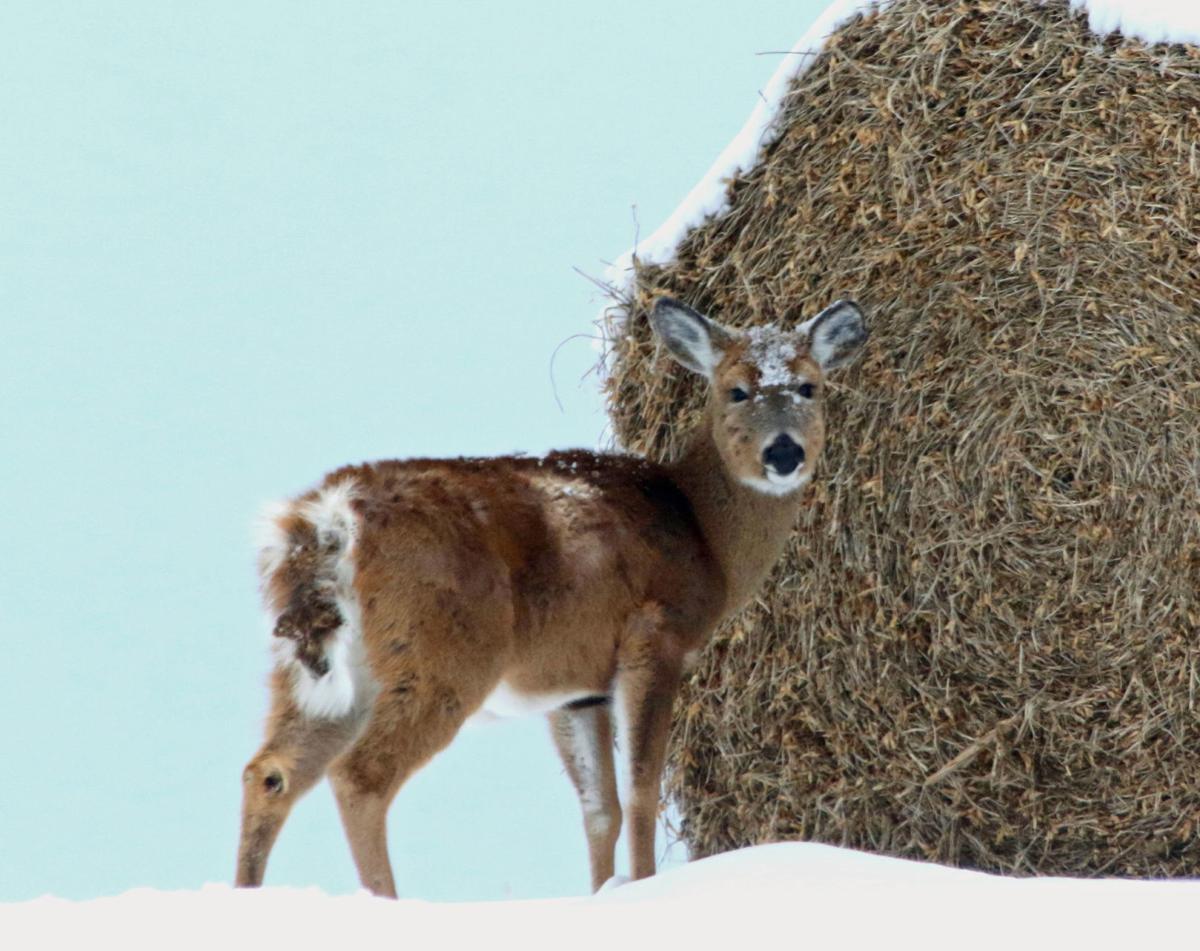 Wisconsin is hoping to bring excitement and tradition back to the nine day, gun deer season. This lone doe is feeding on soybean stems baled for bedding. Not the most nutritious winter food item. 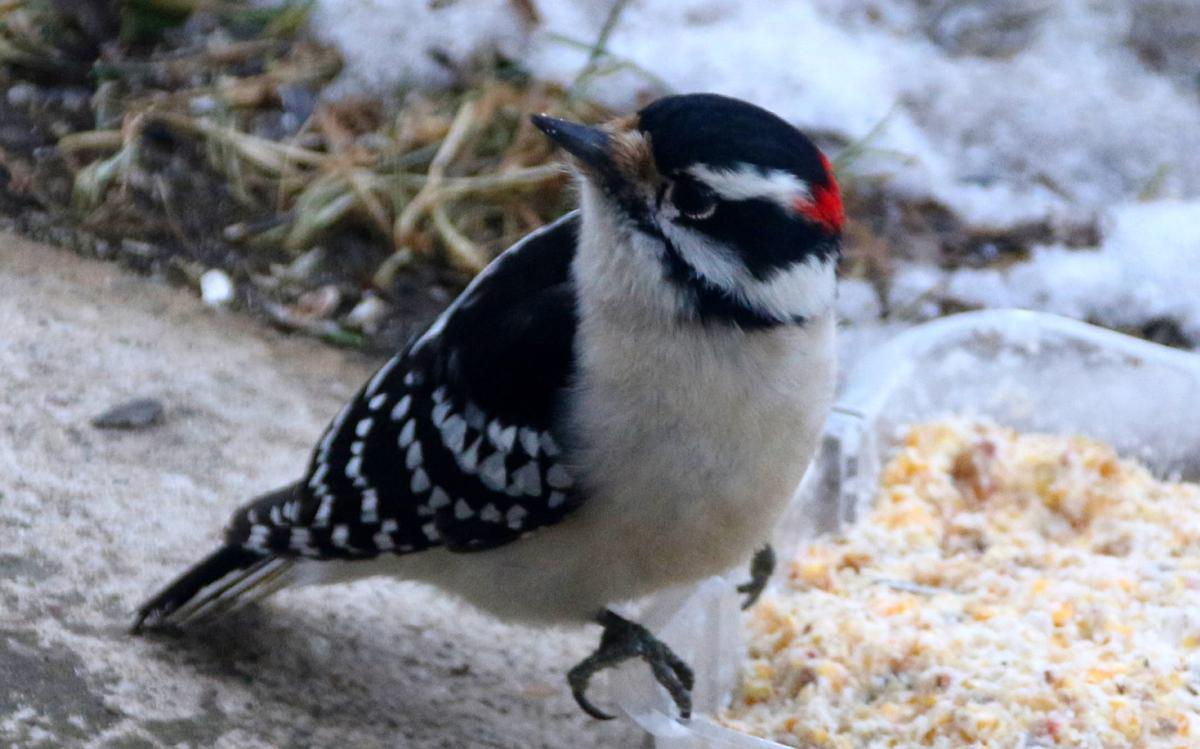 Simple works, too. A container of seeds on a concrete slab also attract birds, provided there are perches nearby. A male downy woodpecker perches on a suet cake container. 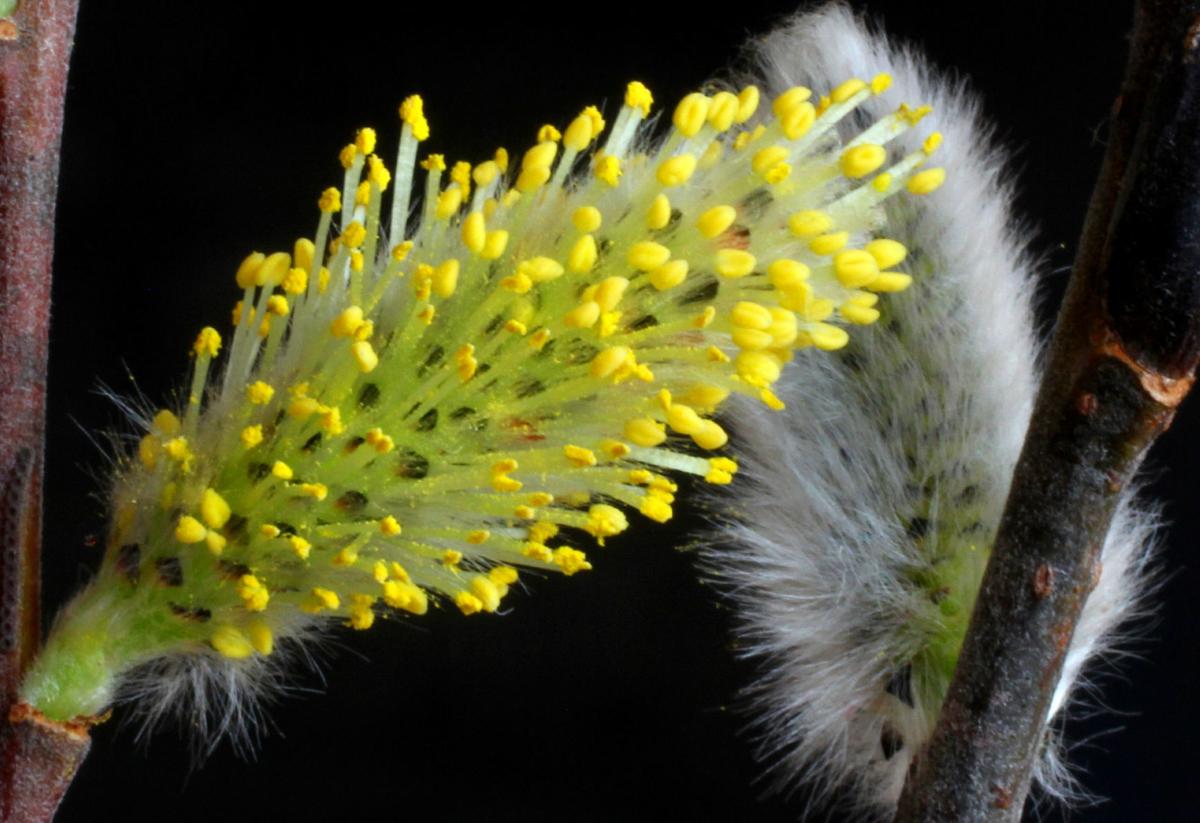 Want some willow flowers? Bright in pussy willow twigs and catkins will appear in about a week.

The 2020 lake sturgeon spearing season opens Saturday on the Lake Winnebago system in eastern Wisconsin, where one of the world’s largest self-sustaining populations of this ancient fish resides.

This unique spearing season dates back about 85 years.

Wisconsin Department of Natural Resources manages the populations with the support of nearly 13,000 spearers coming from every Wisconsin county and 34 of the 50 states.

In spite of being a local season, the excitement and anticipation of this winter recreation are something deer managers must look at with envy, since the Natural Resources Board has drafted and approved six deer season questions, which will appear on the Conservation Congress April Spring Hearings. This is an attempt to change the deer season to rekindle waning interest in hunting by bringing back anticipation and excitement, particularly for the nine-day gun deer season.

Some of the things the sturgeon season has been able to do is release daily reports of fish taken and report the information to the public through the media.

With required electronic deer registration, couldn’t the WDNR work toward the same?

Visitors at the spearing registration stations include sturgeon spearers, as well as the general public. Spearers bring in their fish, but those who still have their tags are there too.

Tradition, it seems, are worth saving to help to bring excitement, even participation, to some outdoors activities.

Do any of the six deer questions suggest success to this end?

The deer seasons, reporting methods as well as some hunting methods seem to have moved in the opposite direction. When chronic wasting disease was first discovered in Wisconsin, and then debated, accusations were made that the new regulations were delegating Wisconsin’s state wildlife animal to pest status.

We no longer have to case guns or bows while inside vehicles, wear backtags, register deer in person, validate and tag carcasses and purchase licenses from a live agent. It seems that some of these old ways, similar to what sturgeon spearers continue, might go a long way to cultivate admiration for the hunted, the hunter, the culture and tradition, which provide an under pinning for seasons.

Deer continue to be on many minds, as they always are during winter. Individual animals, particularly in regions of high populations, appear to be stressed in spite of a light winter.

Evergreens, fodder and bedding round bales, mosses, lichens and tree bark itself are food, but maybe not good staples for a large deer herd.

Bald eagles have made a spectacular return due to donations, concern and monitoring. Active nests are found regularly in almost every county. With more eagles, there is greater likelihood of accidents and deaths. Warden Dave Youngquist, in Iowa County, picked up a roadside immature bird near where a pair is again nesting. The bird had no bone damage and no lead fragments (x-ray), leaving vehicle-caused death as one possibility. Or it could have been a combination of factors.

In spite of this light winter, icicle displays have been noticed and admired, allowing nature to do sculpturing.

Night hikes, skiing activity and snowshoeing are drawing participants, but icy spots are to be approached cautiously, with hikers considering ice-gripping boots or chains.

Recent early morning excursions on a calm morning could include a barred owl calling, a gobbler immediately responding, an eastern chipmunk out for a quick look (but not a woodchuck), a skunk searching and the quiet sounds of snow squealing to the weight of boot traffic and much more.

Fireplace and furnace ashes work as traction enhancers on private lanes and walkways, but make sure there are no nails within. The ashes also absorb sunlight and help melt snow even during air temperatures below freezing.

MagnaReady shirts are a novel idea for those who return inside and have fingers too numb to open buttons. A gentle pull disconnects the two magnets. Buttoning up beforehand is easier still.

Keep watching; spring-like events are accumulating. Notice that chipmunk, opossum and skunk at dawn. Keep checking for maple sapcicles, looking from green leaves and protected skunk cabbage flowers. Bring some willow twigs inside as a prelude to spring.

WALTERS COLUMN: Enjoying the sites during a close-to-home fishing trip

Fitness centers — like many businesses across Wisconsin — are scrambling to adapt to Covid-19 restrictions put in place this week.

Even before an insidious, perplexing, parasitic particle was named novel coronavirus, trout fishers were driving a few miles, sometimes a day,…

Wisconsin is hoping to bring excitement and tradition back to the nine day, gun deer season. This lone doe is feeding on soybean stems baled for bedding. Not the most nutritious winter food item.

Simple works, too. A container of seeds on a concrete slab also attract birds, provided there are perches nearby. A male downy woodpecker perches on a suet cake container.

Want some willow flowers? Bright in pussy willow twigs and catkins will appear in about a week.