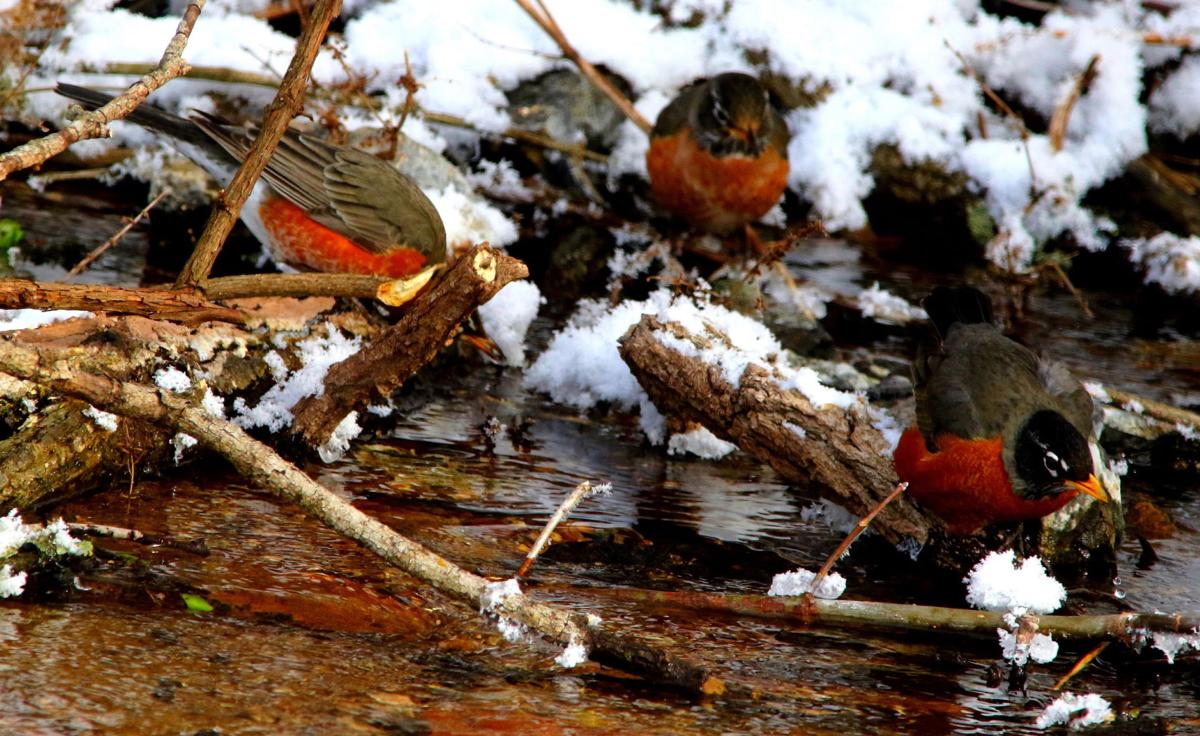 Rounds of robins are common in springs, hackberry trees and crabapple shrubs. 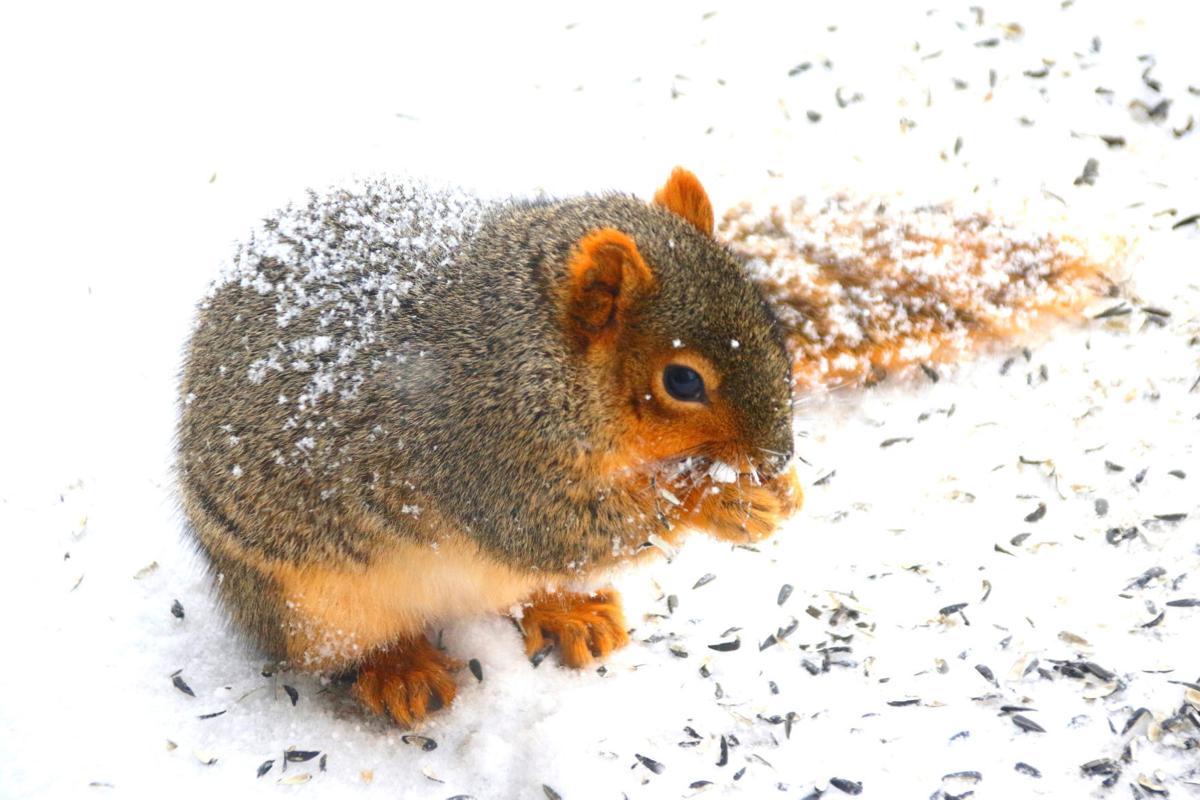 Fox squirrels will take even the smallest food particle this winter. 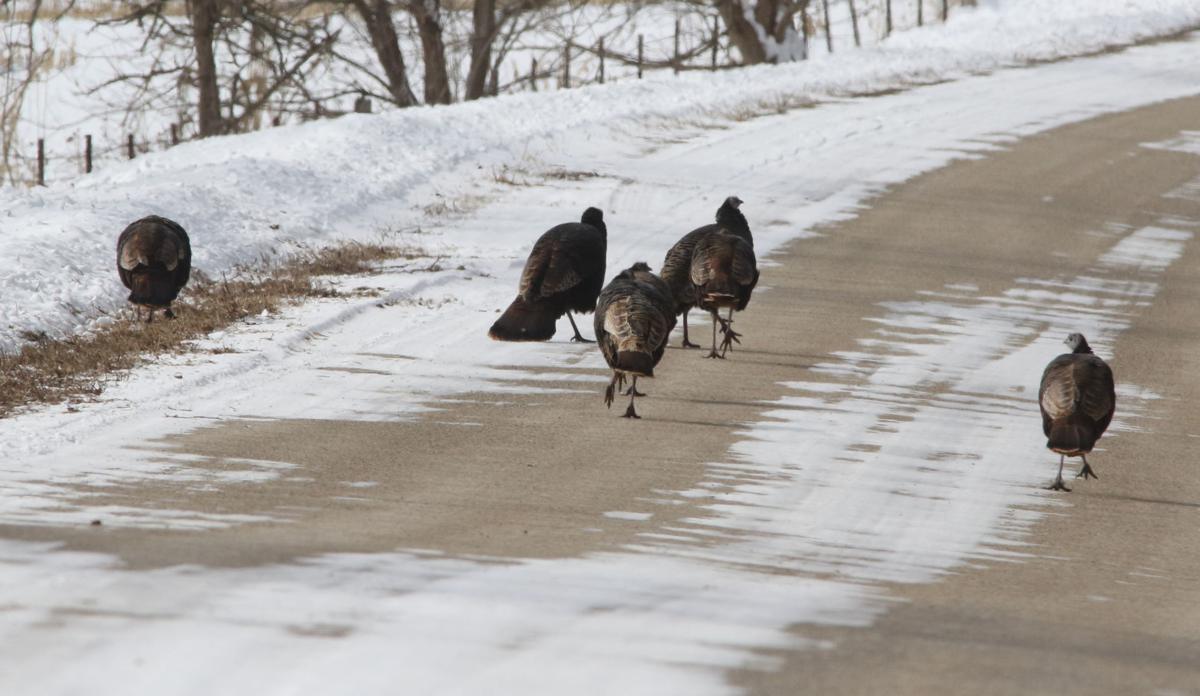 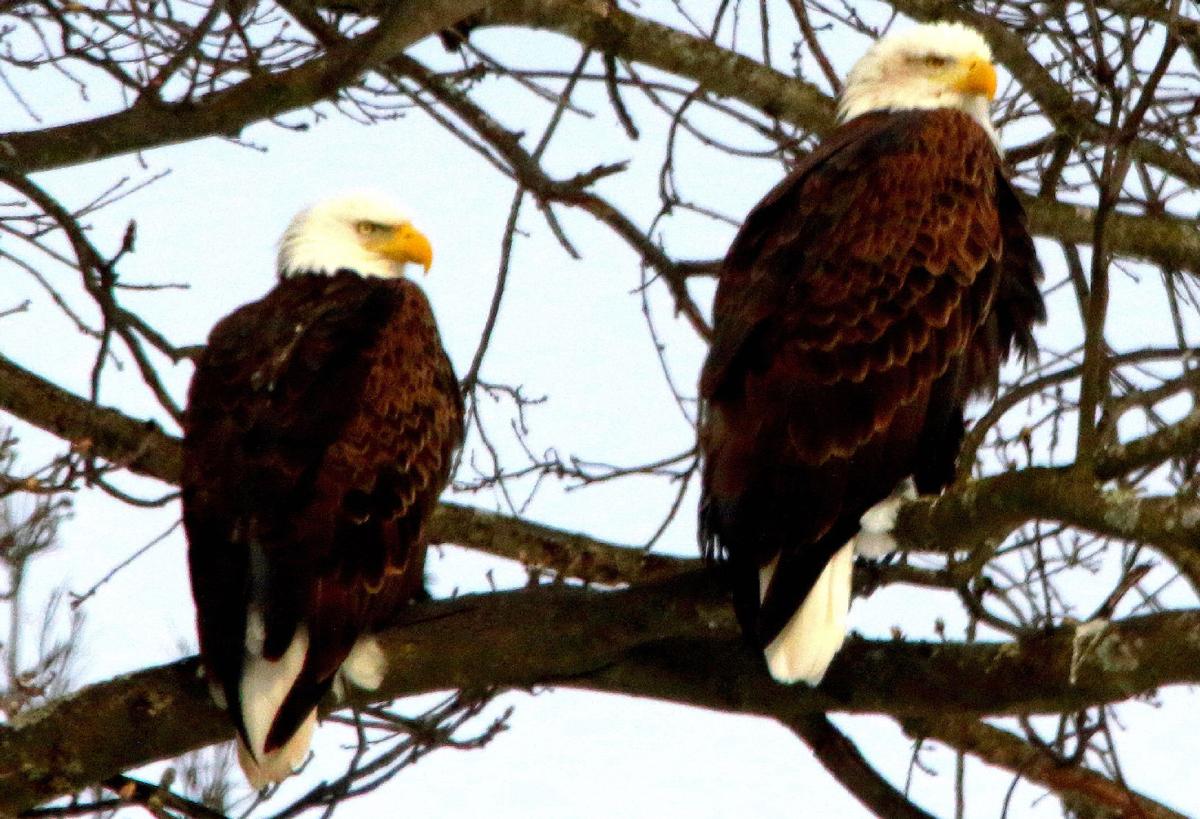 Pairs of bald eagles are, or are preparing, to nest.

Winter’s crystal-sharp sounds are excitement for some if little else seems doable.

Many times, however, it’s dead silence, no winds whistling through white pines, no rattle of leftover oak leaves, and a barred or great-horned owl may as well be invisible. Often we don’t see what we don’t hear and neither does a prey animal on top of the snow.

Specialized feathers enable silent flying by altering air turbulence. They are noise-absorbing, too. The feathers leading edges take away most of birds midnight music.

Then again, a dole of mourning dove sends clear indication they were cleared for takeoff before daybreak.

Spring turkey season is future, but shopping and re-energizing continue to be important due short supply of items. In-shop instructions may be a thing of the past.

“For some it’s a matter of replacing a call,” according to Doug Williams, at D & W Sports Center in Portage. “There are probably some new calls and decoys out, but without the buying shows, we don’t get to see or hear about many of those this year. Turkey loads, are something that should be picked up as soon as you find it.”

Chris Kirby, at Quaker Boy Game Calls in New York, said his company always has new product or new designs or is using new materials, Quaker Boy continues to supply shops with many of the old standbys, too, including the easy yelper and an original box call, as well as new and old standby diaphragm calls.

It’s almost impossible to make the wrong call (sound), Kirby says. Spooking turkeys is more likely; it’s often hunter’s movement If the gobbler stops answering. He may be coming your way. Don’t run out of patience.

Chris’ late father, Dick, who started the company, passed along several still true tactics. “Don’t be afraid to call, and don’t be afraid to sit and wait, too, he used to tell us,” Chris said.

Push button calls and the older pot calls (slate) are still good, John Borzick at TallTails Sports and Spirits in Boscobel tells beginners. John is fighting the supply chain, too, with some orders still coming with 20 percent of what he ordered. “Don’t hoard, but if you see it and need it, buy it now,” John advises.

“Appreciate the silence winter brings but there’s just not a whole lot going on” according to Bret Schultz, nearly every day trout angler. “I may hear an occasional bird and there isn’t that loud sound of fish rising, just a sipping of little midges by a trout”

Until the temperature tops 22 degrees, Schultz is frustrated, but he’s tying flies, checking leaders, making sure tackle is rigged and ready, for when this cold snap finally evaporates, “I’ve finished my fly tying for the year,” he said.

Not as a pun, but when told of a large round of robins drinking and feeding in a local watercress and duckweed spring, he couldn’t resist. “That’s cool.”

Dodgeville crabapples a is attracting robins, too, as do hackberries in La Crosse.

Ice fishing has really gone south, according to those who supply bait. Ice augers, or drills some use, are simply not available, according to Williams.

“It still seems to be the tariffs that are holding up the things coming from China, “said Don Martin in Monroe. “We can get bait but not many go going ice fishing.”

Sturgeon spearing has begun in Lake Winnebago and the Upper Lakes nearby. Next year may be a better year for spectators.

Some who rely on blocked ice for belowground refrigeration have begun restocking.

Others realized, when cozying up to a fireplace, restocking means cutting and splitting more wood. Wait for the snow to settle if you can.

Bald eagles are back and more noticeable, with some laying and incubating eggs. A mature Iowa County male eagle died from a very high level of lead in spite of being “hospitalized.” The lead was likely consumed.

Squirrels, turkeys, deer and a number of night animals have discovered traveling plowed roads and lanes is easier than going across country. Some are finding food on bare spots where sun has burned off the snow.

WALTERS COLUMN: End of the 'Easy Season' on the Wisconsin River

Wisconsin’s state tree, sugar maple, gets as much play this month as during the crack of a bat, or the dribble of a basketball.

Rounds of robins are common in springs, hackberry trees and crabapple shrubs.

Fox squirrels will take even the smallest food particle this winter.

Pairs of bald eagles are, or are preparing, to nest.