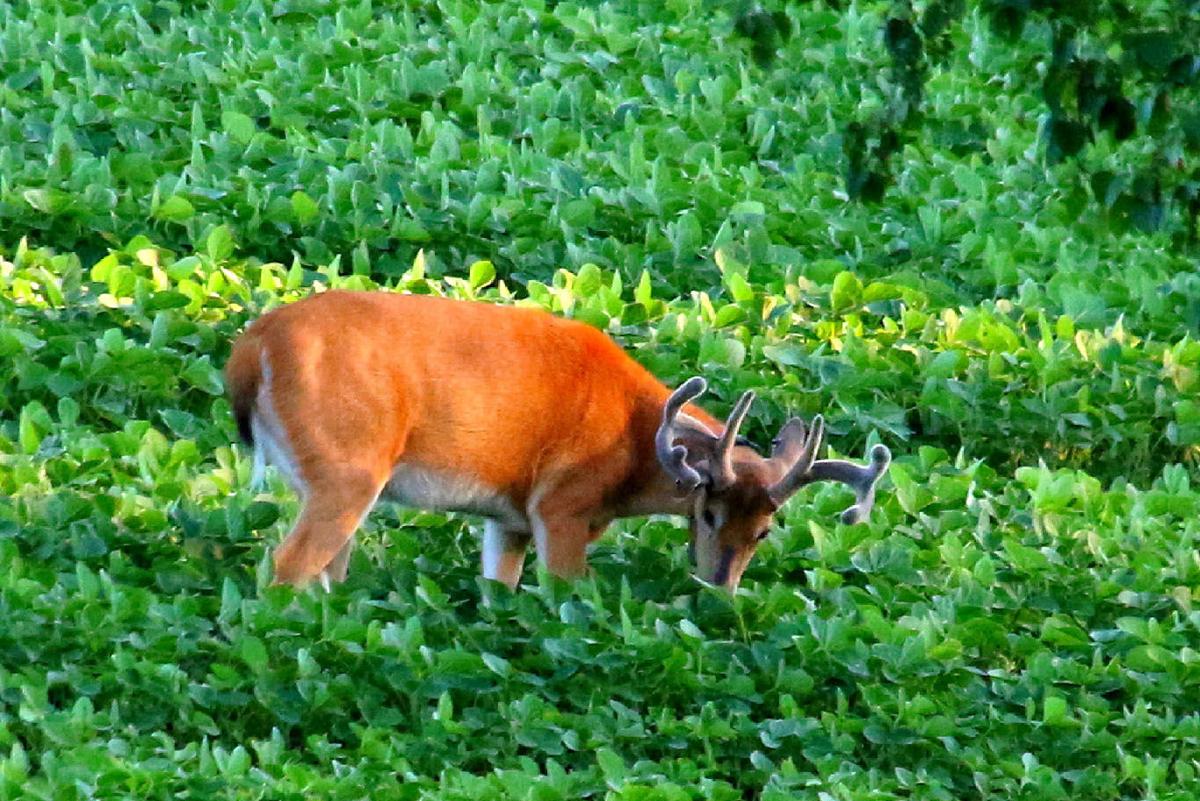 A collared buck's location continues to be recorded from his GPS collar. 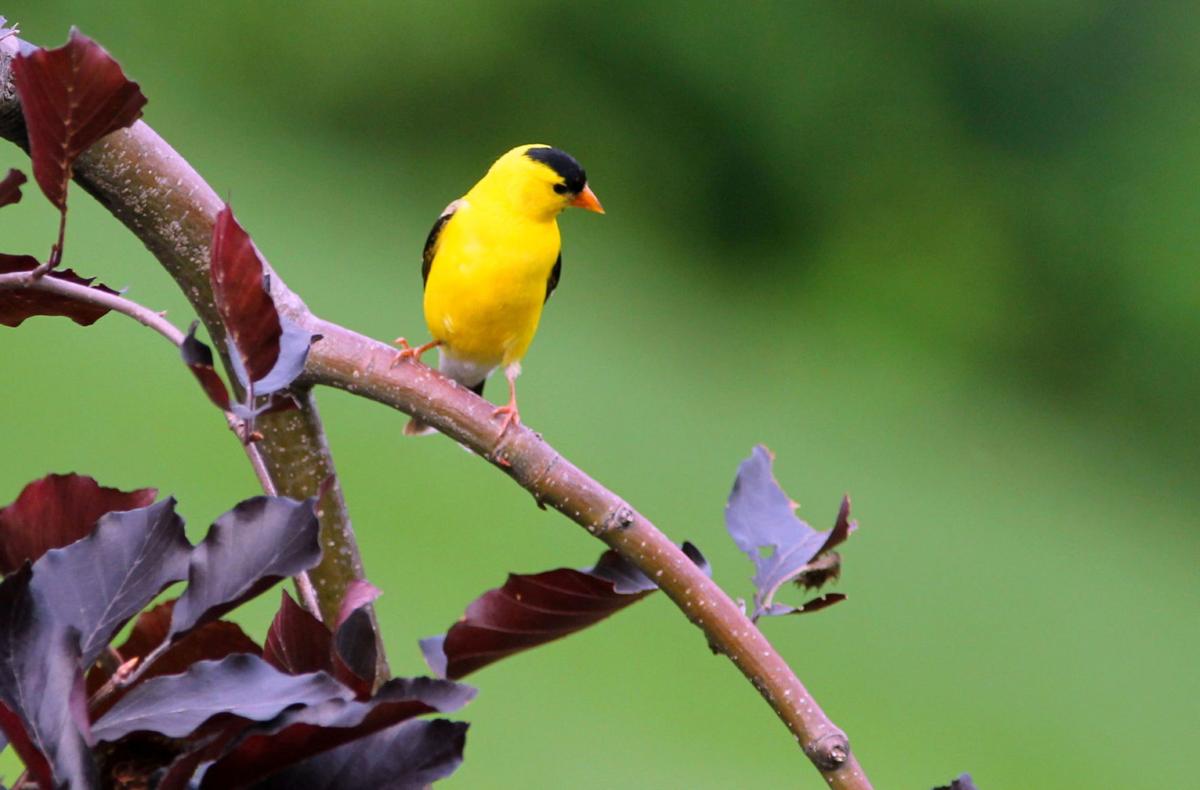 Some late nesters, including goldfinches. 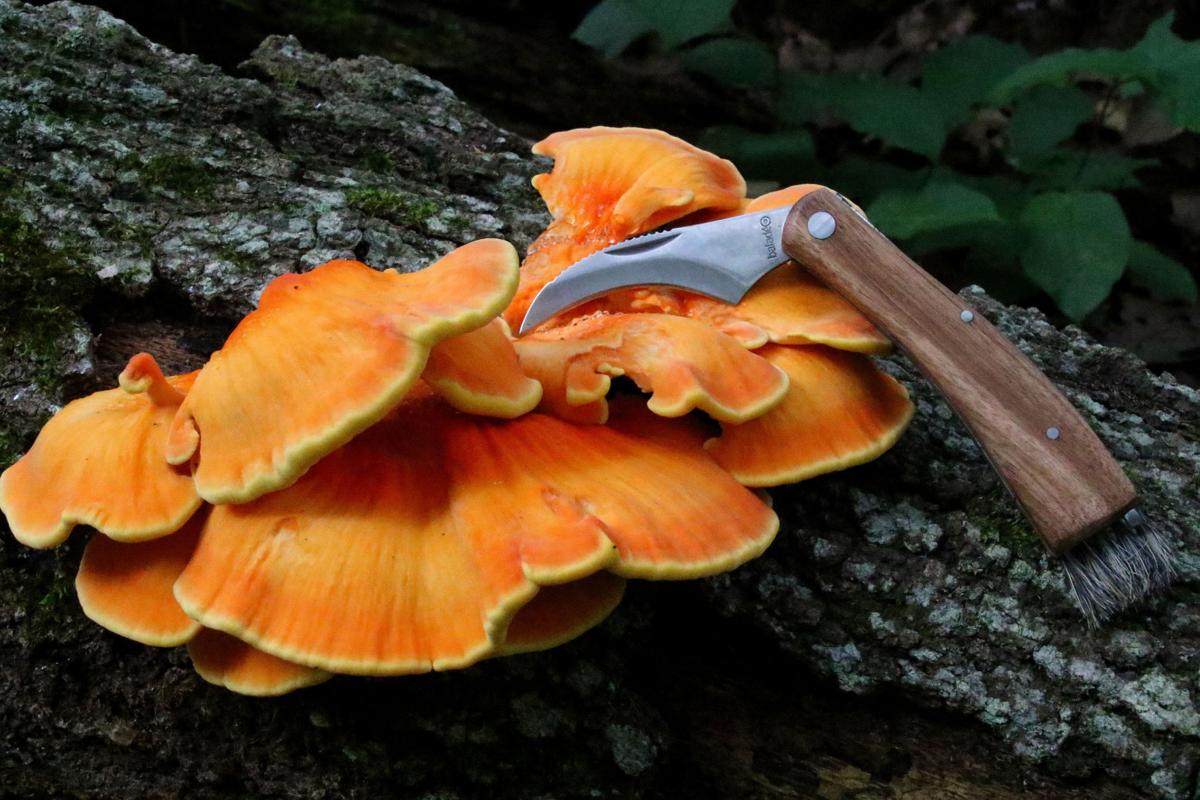 Mushrooms are beginning to appear, including the edible chicken-of-the-woods

Tracking hundreds of Wisconsin's white-tailed deer continues as long as the animal survives.

White-tailed deer are still a top item during a week when a green-flowered violet is rediscovered, bird groups have asked feeding be temporarily discontinued, Swiss cheese was bypassed by Colby, and furbearer trappers are concerned about a bill allowing night shooting of beavers.

Just reported, an initial look at learnings from the Southwest Wisconsin CWD Deer and Predator Study, are surfacing.

The DNR researchers, including Dan Storm, revealed a single buck’s actions as an opening portraying the plethora of information gathered during five years.

Lessening movements could mean disease prions may be contained in more confined regions, or the reverse.

One of some 800 mature, collared bucks revealed the following activities to be teased out of data from GPS tracking.

This deer’s location points were examined through autumn 2019, when the buck was 4 years old.

Beginning locations were pinned every four hours. Many September landscape changes, including acorn drops, vegetation die-back, velvet stripping, and loosening of bachelor groups, began. Archery season was about to begin...

This buck’s home range was about 200 acres, mainly centered on one non-pastured, non-mowed field. Still, he spent little time in agricultural fields suggesting obtaining most food from natural vegetation.

The buck was less likely to be seen by roadway viewers at dusk.

Why did the deer avoid the northwest portion of his favored field?

In early November (think rut), researchers had increased how often locations were recorded, now once an hour, not every four hours.

The home area increased to about 600 acres, just short of a square mile, which is three times the September range. Will many of the other 800 bucks his age, with or without CWD, be similar?

The movement in range expansion was to the south and west, not to the north and east. Why? Available does? Buck competition?

Pattern shifts are often experienced by archers, photographers and casual observers. A particular deer is seen or recorded on cameras for months and then disappears, or the reverse.

After the gun deer season (he survived), the deer’s core area dropped to 100 acres, with only minor longer jaunts. He no longer used the grassy field. Did he move closer to a new food source? Or was there an acorn failure, or bonanza white oak tree up the ridge?

Answers to these questions are a sample of one of 800 bucks, but is it a general pattern? Is it based on age? Or on CWD-infected behavior?

This is a sample of how some data from this study will be provided to the public over the course of several years. Research reports will also appear.

Now, more immediate, is day-to-day deer movement, caused in part by deer flies and other insects, according to Travis Anderson, Lafayette and Iowa counties DNR biologist, who said, “Bucks are still in bachelor groups and antlers continue to develop.”

“There are some nice bucks out there feeding in soybean and second crop alfalfa fields,” said Doug Williams, of DW Sports Center in Portage. “All this continues to lead to numerous road kills, so watch out if for other traffic when you’re out watching deer. Fawns are out feeding and generally playing around, too.”

Store clerks continue to advise hunters and others to not procrastinate on equipment to be used this fall, with archery season opening Sept. 18. Some crossbow companies, for example, are backordered two months already.

“I had a person come in who was watching for fawns as he harvested hay, only to have three jump in front of the equipment,” said Don Martin, of Martin’s in Monroe.

“Blackcaps are still in season, so live the dream and get some vanilla ice cream and sprinkle a few on top,” Williams encourages.

“Prairies are looking good in spite of June weather,” Anderson said. “June was a good month for turkey recruitment, and many other birds as well.”

No sharp-tailed grouse hunting permits will be available this fall. Season closed.

Raccoons continue to take a toll on bluebird nestlings, and adults in nest boxes. Consider a “Noel” raccoon guard, which can be made or purchased and attached to an old nest box.

Ticks of all sizes have been pestering berry pickers. Nymph ticks (young and very small) are some of the most likely sources of Lyme disease.

Panfish and catfish are biting at times, and some muskie action has started to play into the picture, too, whisper, whisper.

The first corn tassels are showing, with Wisconsin sweet corn projected within a week.

A collared buck's location continues to be recorded from his GPS collar.

Some late nesters, including goldfinches.

Mushrooms are beginning to appear, including the edible chicken-of-the-woods

Tracking hundreds of Wisconsin's white-tailed deer continues as long as the animal survives.