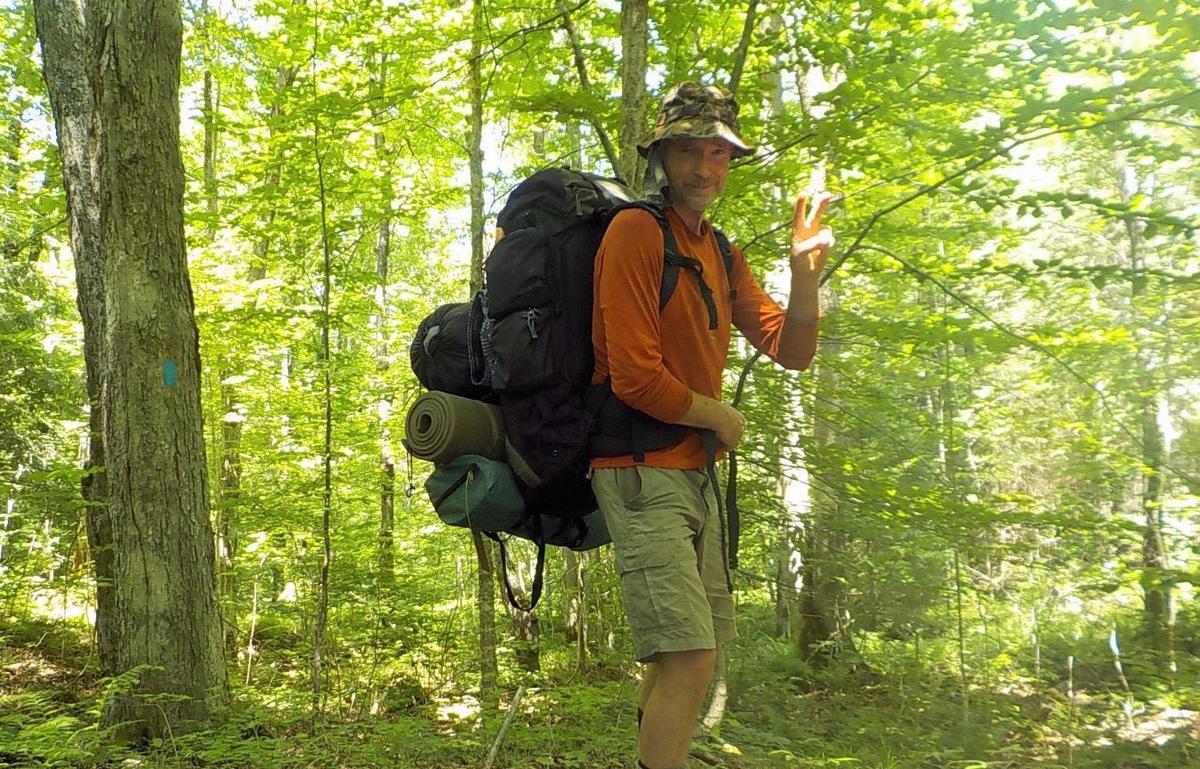 Mark Walters turned 60 while hiking through the North Country Trail. 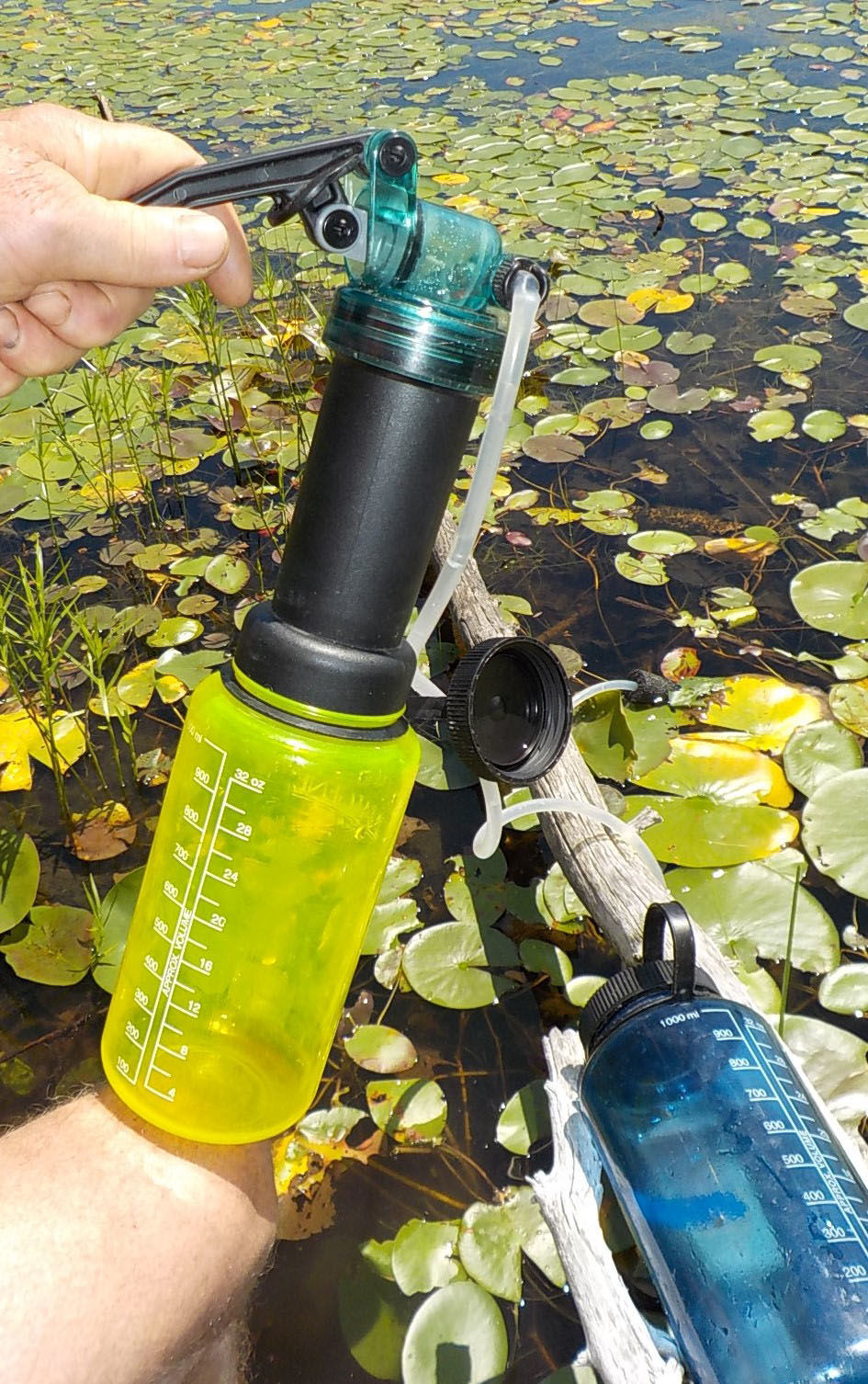 Safe drinking water was a concern on this hike through the North Country Trail. 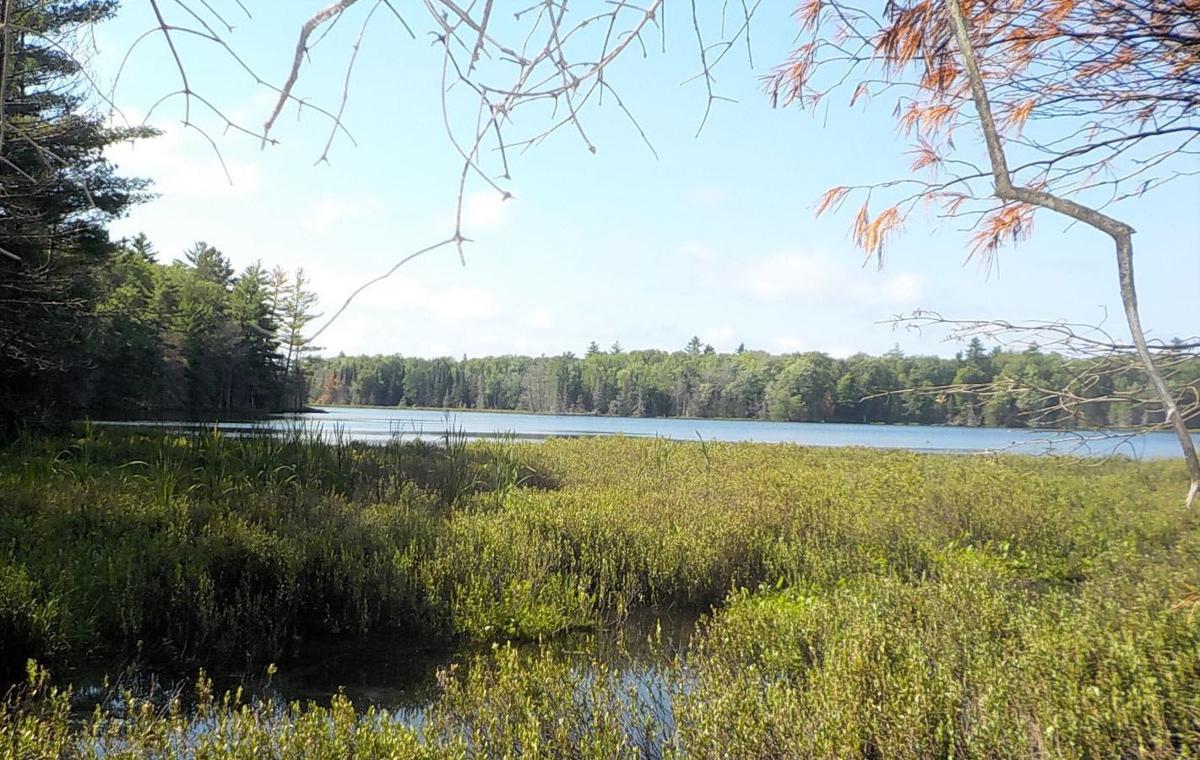 Rainbow Lake appears to be a great place to camp, fish and enjoy life.

This week and next I will be writing to you about a backpacking trip that I just came home from on a 62-mile section of the North Country Trail. This adventure was a personal challenge to myself that I actually told very few people about before I left home as I was not sure that I could make it. Back in the 1990s, I round-trip hiked this section twice in the winter and twice in the summer.

Michelle Chiaro dropped me off near Iron River, Wis., this afternoon and my 65-pound pack and I would have to make it to Mellen over the next five days before I could be picked up. Most of this hike takes place in the Chequamegon National Forest and my human interaction would be very limited.

From 2:00 this afternoon until 7 p.m., I put nine miles behind me and made camp near Tower Lake in the Rainbow Wilderness Area. By the time I built camp, I had removed over 100 wood ticks from my body and had many mosquito bites. Both of these insects would normally be a problem, but today was the worst.

I do not have my golden retriever Ruby along, as she is in her fifth week of pregnancy, and I knew the bugs and sometimes lack of water could be a problem for a pregnant dog.

One of the first things I did after building a smoke fire to get rid of the skeets was filter two quarts of water. I have a hand pump water filter and have to admit I really screwed up in this area. I ordered one online and it was a bad purchase. At the last minute, I borrowed one from my neighbor and it literally took 25 minutes of focused effort to filter two quarts. Water would be an issue the entire trip.

Today was a great day! My daughter Selina bought me a new internal frame backpack and it is incredible. I had been using the same external frame pack since my Appalachian Trail hike back in 1991 and it is beyond shot. Until today, I had concerns about whether or not I could handle this type of physical punishment. But the entire day, I literally felt like I was in my prime as I hiked through the lake country portion of this trip.

In one experience, I was rounding a bend and about to start a hill climb when I looked uphill and there was a roughly 220-pound black bear headed right at me. I have very little fear of bears. We both stopped, it figured I was human and it took off like an NFL running back through the woods.

I ended my day 16 miles from where I started it and made camp in a remote area of Lake Owen. I honestly think I could have done 20.

When I woke up this morning, I was 60 instead of 59, which is the main reason for this trip. I am still sleeping on the ground, drinking lake water, giving blood to hundreds of insects and most importantly feeling great. I have been doing this job for parts of four decades — 1989 to 2021 — and I think it is part of the reason that I am broke, look like crap and always alone.

All kidding aside, I am addicted to the outdoors, so I created a job that would pay for my addiction.

I believe that due to the fact that I’m so active, I can attempt a journey like this and not even spend five minutes training for it.

It seems strange to not have a dog at my side, but I am good with that decision and by the end, I should have a new pup to write about as I have for 32 years.

I am cooking all of my meals on a campfire and when I sleep on the ground at night, my back feels better than when I sleep in my extremely worn-out bed. When I wake very early each morning, I look at the tops of the trees from inside of my tent and think about things for at least a half hour.

Then it’s time to get up, start a fire, get ate by bugs, break camp, pack my pack and hit the trail!

You could offer me a million bucks, but if I would have to retire, I would not take that deal at 60!

Mark Walters turned 60 while hiking through the North Country Trail.

Safe drinking water was a concern on this hike through the North Country Trail.

Rainbow Lake appears to be a great place to camp, fish and enjoy life.