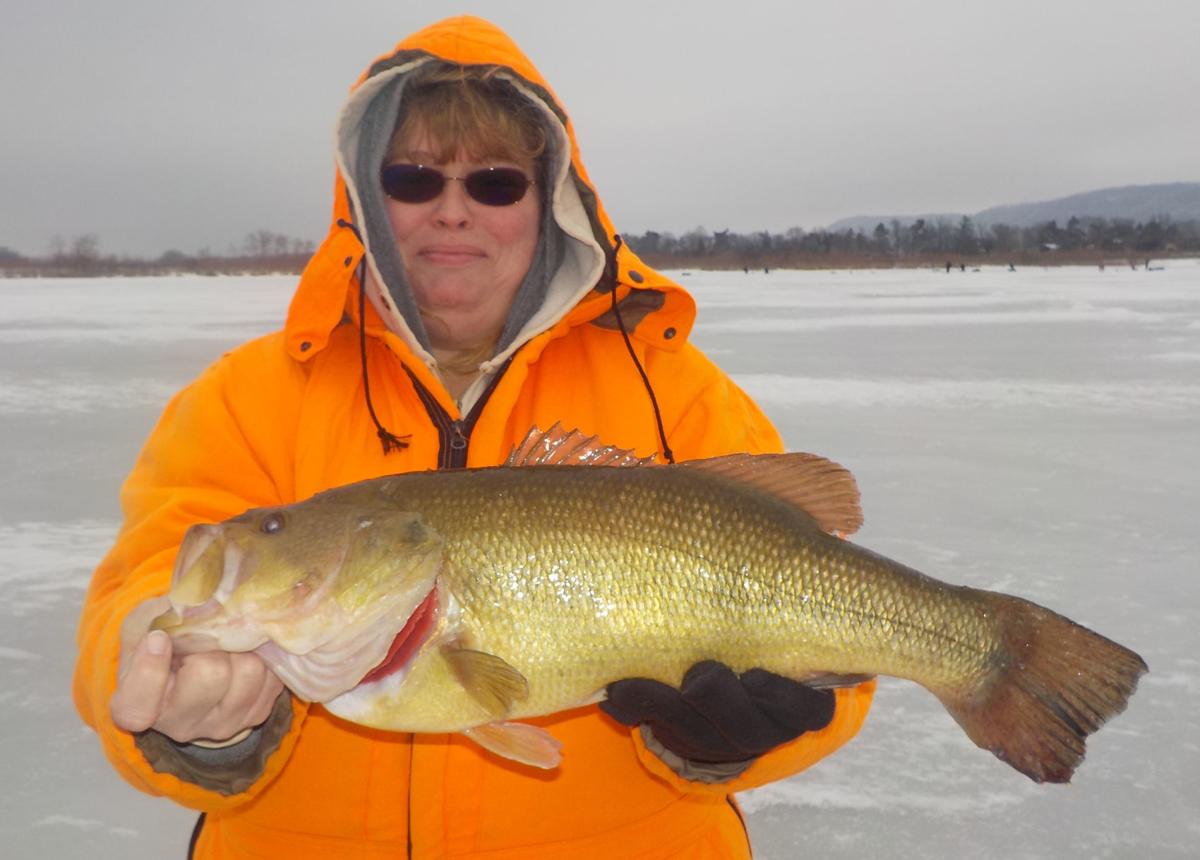 This 23-inch largemouth bass was caught on a jig pole during Mark Walters' trip to Spring Lake in western Wisconsin. 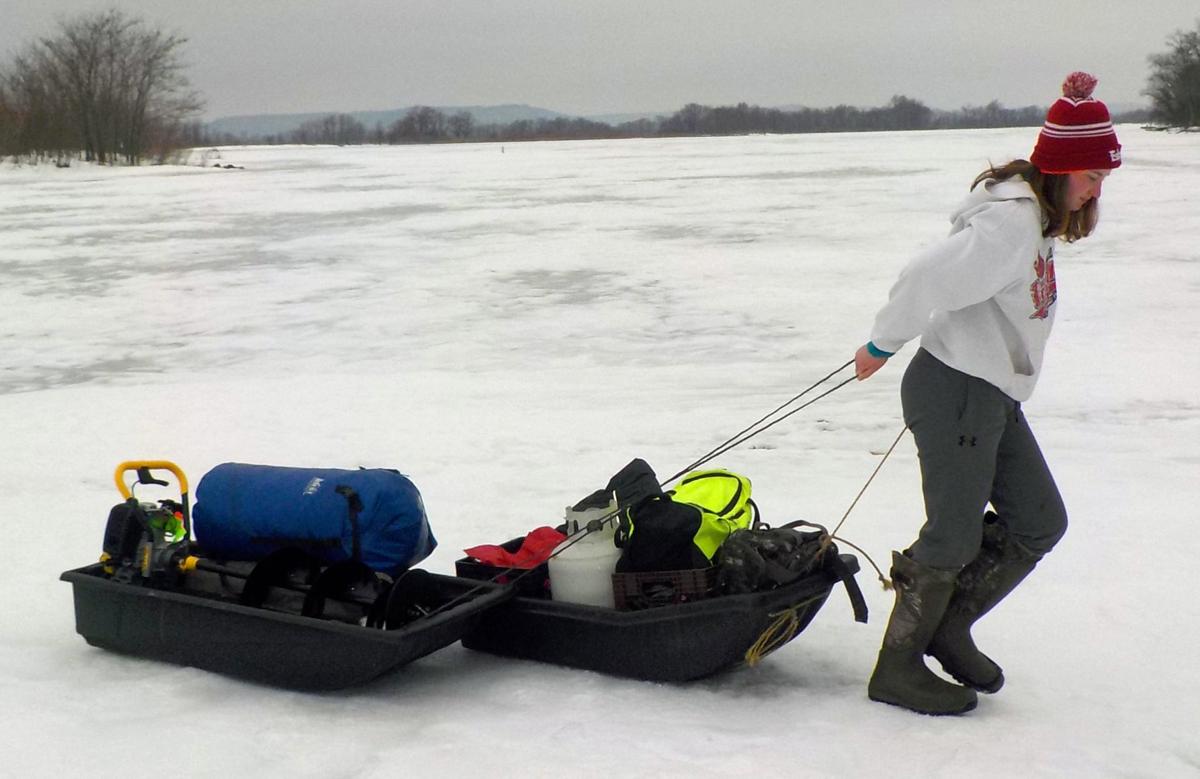 Selina Walters pulls two sleds of gear back to the truck following a trip to Spring Lake.

For my entire life, I have dreamed about ice fishing in the backyard of my childhood home in Poynette. The dream is always the same, I am using tip-ups and catching big northern pike.

The same year that I graduated from high school I became a deckhand and traveled the Mississippi and Ohio Rivers, working 30 days on and 30 days off. In 1987 I tried canoeing up the entire Mississippi. Starting in 1989, when I became an outdoor writer, I have spent as much time as I can get away with doing some sort of outdoor activity on the Mighty Mississippi.

Our group of family and friends has raised about 20 kids, and we had a deal with each and everyone of them, when you are done filling your diaper, you can go winter camping and ice fishing.

This past weekend the last of the kids still in high school, my daughter Selina, took part in her last winter camping and ice fishing trip as a kid. Selina is a senior and the winds of change are coming her way.

Last week I camped on the ice at Spring Lake, which is located in Buffalo County on the Mississippi near Buffalo City. I had very good luck catching northern pike with tip-ups, and that is where Selina and I were headed today. All in all, this would be about a 35-hour trip, that would require a lot of work, but would be a lot of fun. My goal after the trek of bringing all of our gear about 800 yards from the truck, was to see Selina catch a 38-inch or larger gator.

Some notes of interest; on March 16th there was still 28 inches of good ice. Most of the fishermen we spoke with had traveled long distances to fish here, and most notably, the fish were not very hungry.

About 14 years ago, this area had several man-made islands created by the Army Corp of Engineers, and that is why fish and ducks are very abundant.

Selina and I are part of the I don’t-care crowd, and that crowd is made up of people that are just happy to be on outdoor experiences. If the fish are not biting or the ducks are not flying, we still have a good time.

The sun was shining and what we did was just have a picnic outside, always aware that a big gator was about to be caught. Selina did catch two northern pike, with the biggest being 28 inches.

Before it was even dark, there were coyotes howling on an island that was not even 200 yards from us. Besides ducks and fish,this habitat had also attracted coyotes, which were howling the entire night.

All night long the ice was groaning, and I do not know if it was expanding, or if it was because of the river was rising, but it sure made a lot of noise.

At first light of the second day, I was sure we would start catching big gators, as yesterday was so slow. Until that happened, we hung out at camp and also talked to other fishermen. I would have to say that the most important thing I learned from this trip is that next year, I am really going to put some serious effort into tip downs, as though it was slow, there were some nice crappies and perch being caught on tip downs.

I also witnessed a woman catch a 23-inch bass on a very old jig pole, and that was pretty neat, as it gave a heck of a fight and she did everything right.

The entire weekend we had ducks, geese and sandhill cranes flying overhead. It was pretty neat to think the reason Selina wants to be a wildlife biologist for the U.S. Fish and Wildlife Service is because she has been out here since she was so young.

WALTERS COLUMN: Life on the bay

This 23-inch largemouth bass was caught on a jig pole during Mark Walters' trip to Spring Lake in western Wisconsin.

Selina Walters pulls two sleds of gear back to the truck following a trip to Spring Lake.