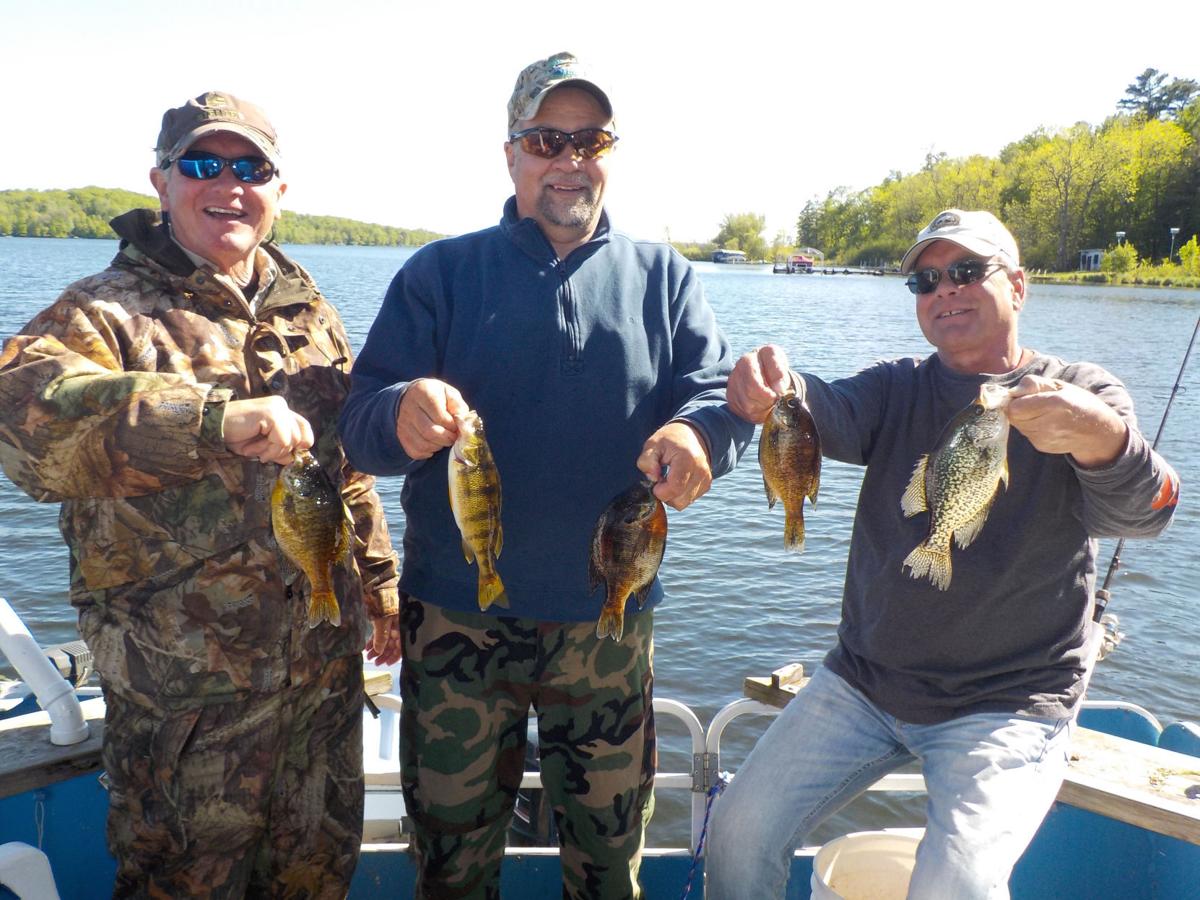 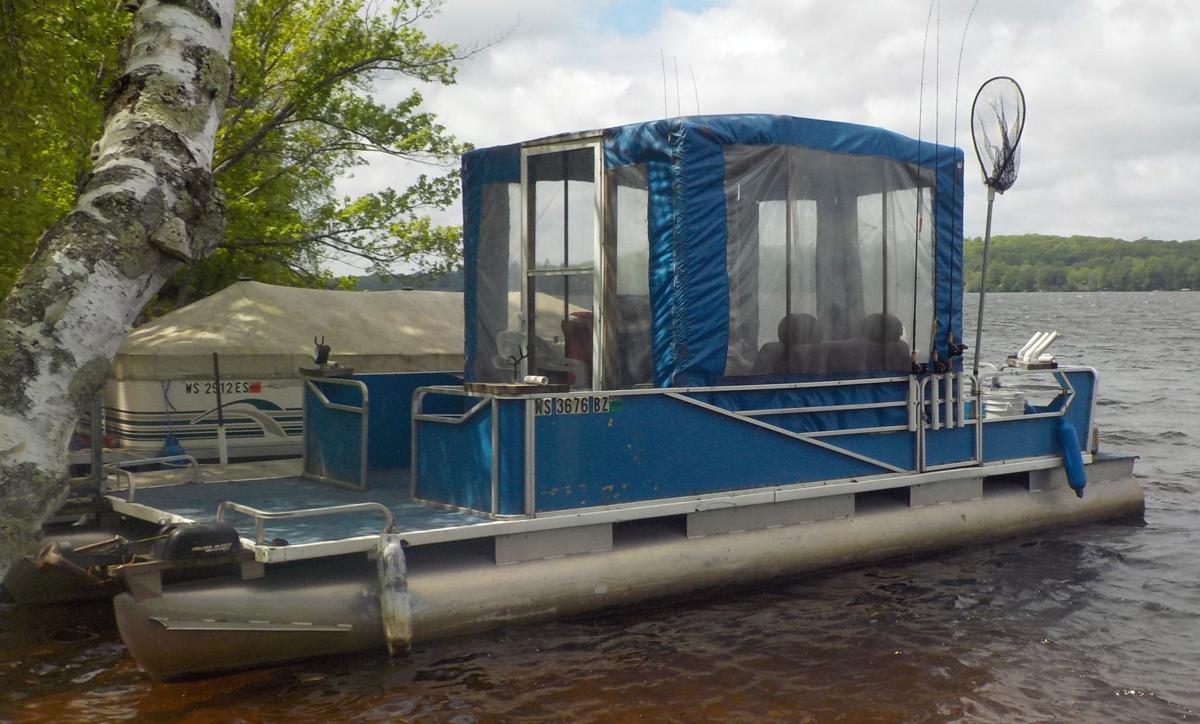 "Old Blue" has a very happy crew and thousands of positive memories have been created on board.

Each winter in early January, I ice fish with a group of really fun guys in Sawyer County.

Several of these guys are from the Birchwood area and for years Chris Schiefelbein, who is a realtor with Century 21, has been trying to get me to come fish with the gang on their pontoon boat that they rigged up to troll for walleye, as well as comfortably fish panfish out of.

“Old Blue” is a 22-foot pontoon boat that is pushed by a 25 hsp Mercury outboard motor and the guys spent some time and cash a few years back and rigged up a canvas and clear plastic cabin to try to keep the weather out.

This gang is made up of Chris Schiefelbein, Donny Birdsill, Gary Burch, and Paul Parkos, possibly others who are all from the Birchwood area. Until last fall, their ringleader, brother, and great friend Ken Olson, who passed away in October, owned Old Blue and left her to the gang.

I would fish Monday, Tuesday and Wednesday on Old Blue, and Chris had one thing in mind and that was to show me some premier walleye trolling with crankbaits, and in the past, they have kicked some butt.

Today I would fish with Chris and “JB” John Bolles and I realized just how much Chris wanted to catch walleye as he has every bit of it down to a science. In a way, he is like me as he also does things in a simple way, like using a 6-gallon bucket instead of a drift sock to slow down his rig in a hard tailwind.

We were catching fish, literally in seconds, as I caught a smallmouth bass and JB landed a 17-inch northern pike.

The gators were small and constant, we did catch some beautiful perch just shy of 11 inches and one walleye just over 17 inches.

I wrote that Chris is a realtor and let me tell you, his phone was ringing. So, this morning I took my mountain bike on the Tuscobia Trail.

Three weeks ago, I hurt my back in a canoeing incident and I found out today, it is not ready for mountain biking on gravel.

This afternoon it was Donny Birdsill, Chris and myself on the water. Walleye trolling was the game and a hard wind, lots of vegetation, and small gators were the story. Donny is a retired maintenance man for the Birchwood School District and let me tell you, like yesterday, it was obvious that these guys really miss their fallen comrade Ken Olson; a great many fist bumps and an occasional pull from a beverage in his name were had.

It was very obvious that Chris wanted to catch walleye, but to put it simply, they just were not active and whenever we would catch the incidental perch on the Bandit or Reef Runner crankbaits that we were running, I was drooling and did not care.

The panfish on this body of water obviously have plenty to eat.

A cold front is hitting the north and it will have a major effect on everything from tomato plants to the bluegill spawn. Today, Chris, Donny and I were joined by Gary Burch, another local guy that is a regular part of this fishing club/group/team. Gary put in a long haul as a lineman with Excel energy and is also retired.

Our goal today did not include walleye and we hit the water on board “Old Blue” with these guys doing a toast to Ken Olson, before going panfish hunting.

This was my last day of the trip and it was a dandy.

this experience sealed the deal on us becoming buddies as most of our talk was fishing, hunting, drinking and women.

That may sound like my latest country song, or actually my life, but in reality, when you get four guys together that have lived excellent lives these subjects do come up.

The hot ticket was ice fishing jigs with panfish leeches, and we did very well on big gills, crappie and perch.

"Old Blue" has a very happy crew and thousands of positive memories have been created on board.