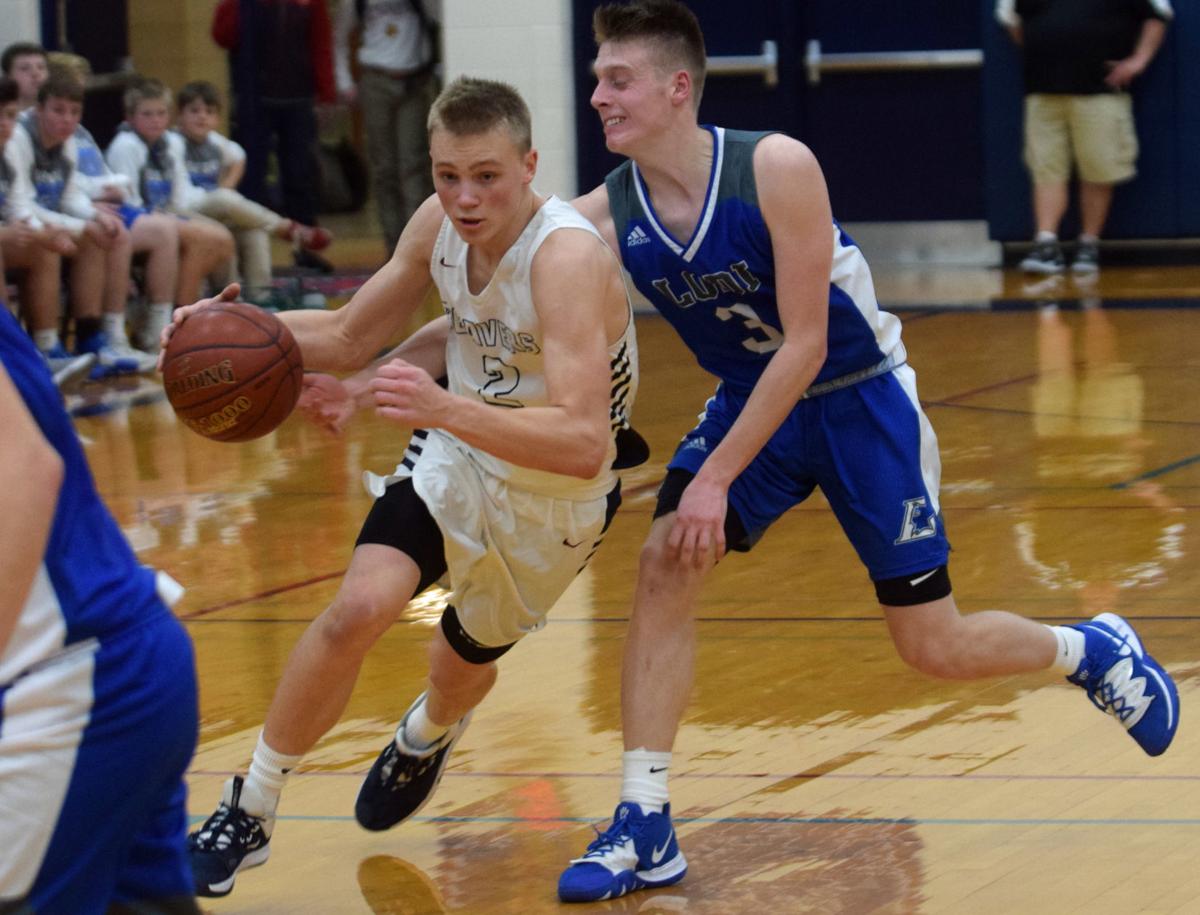 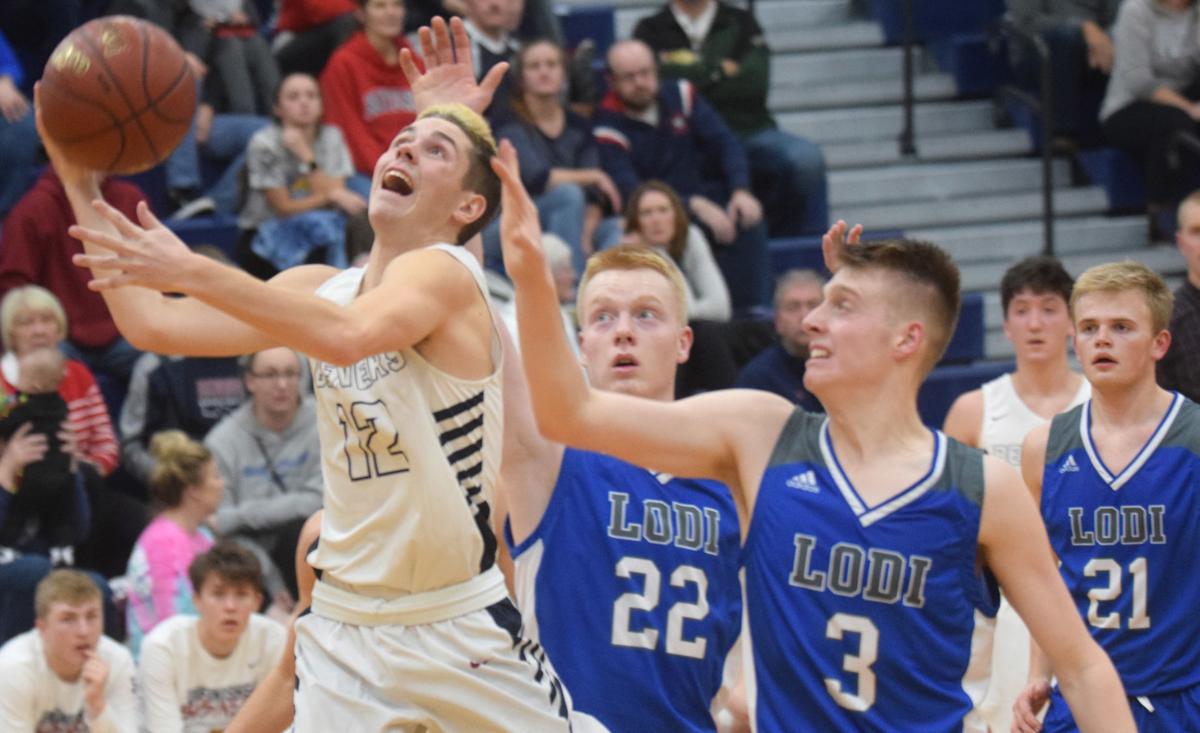 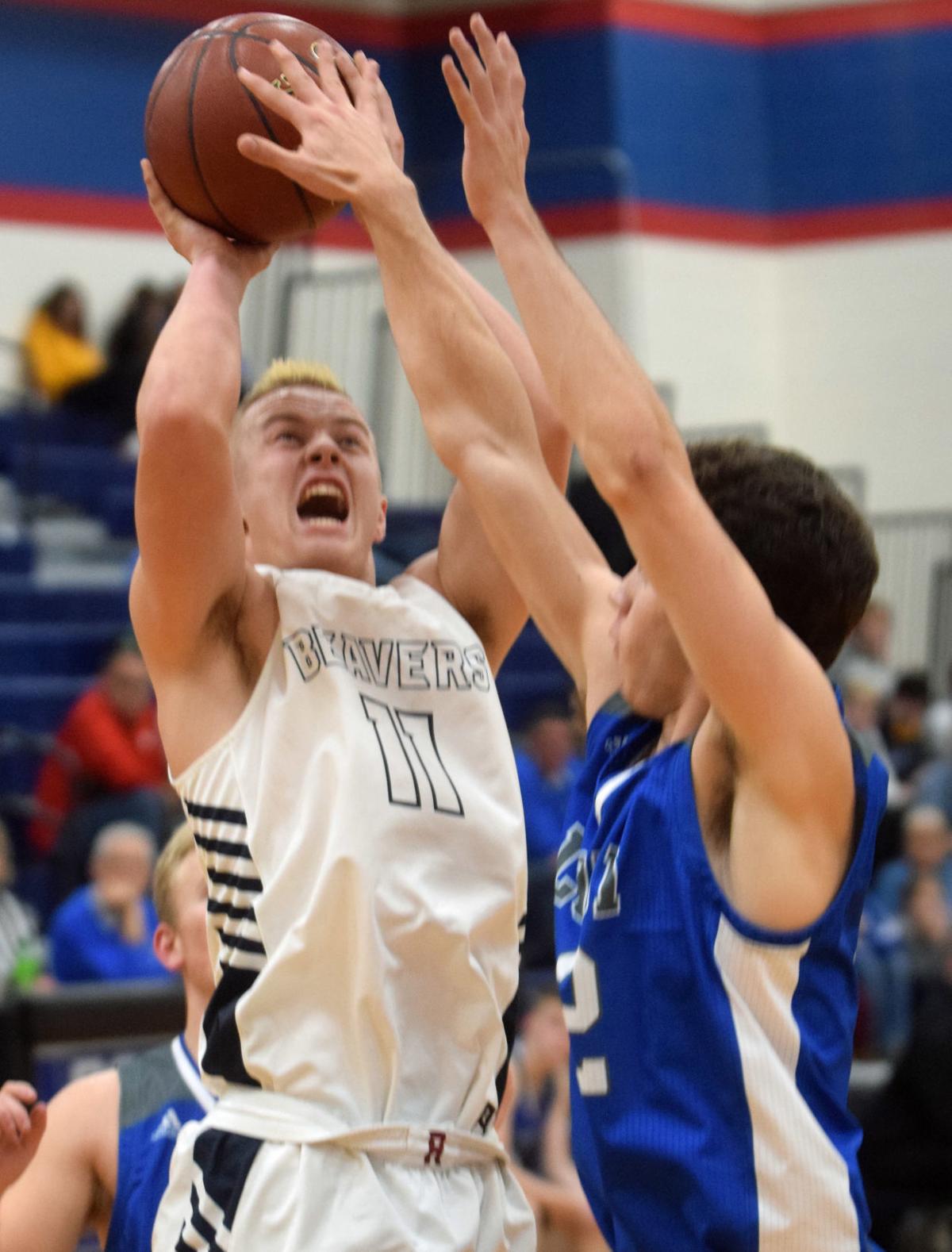 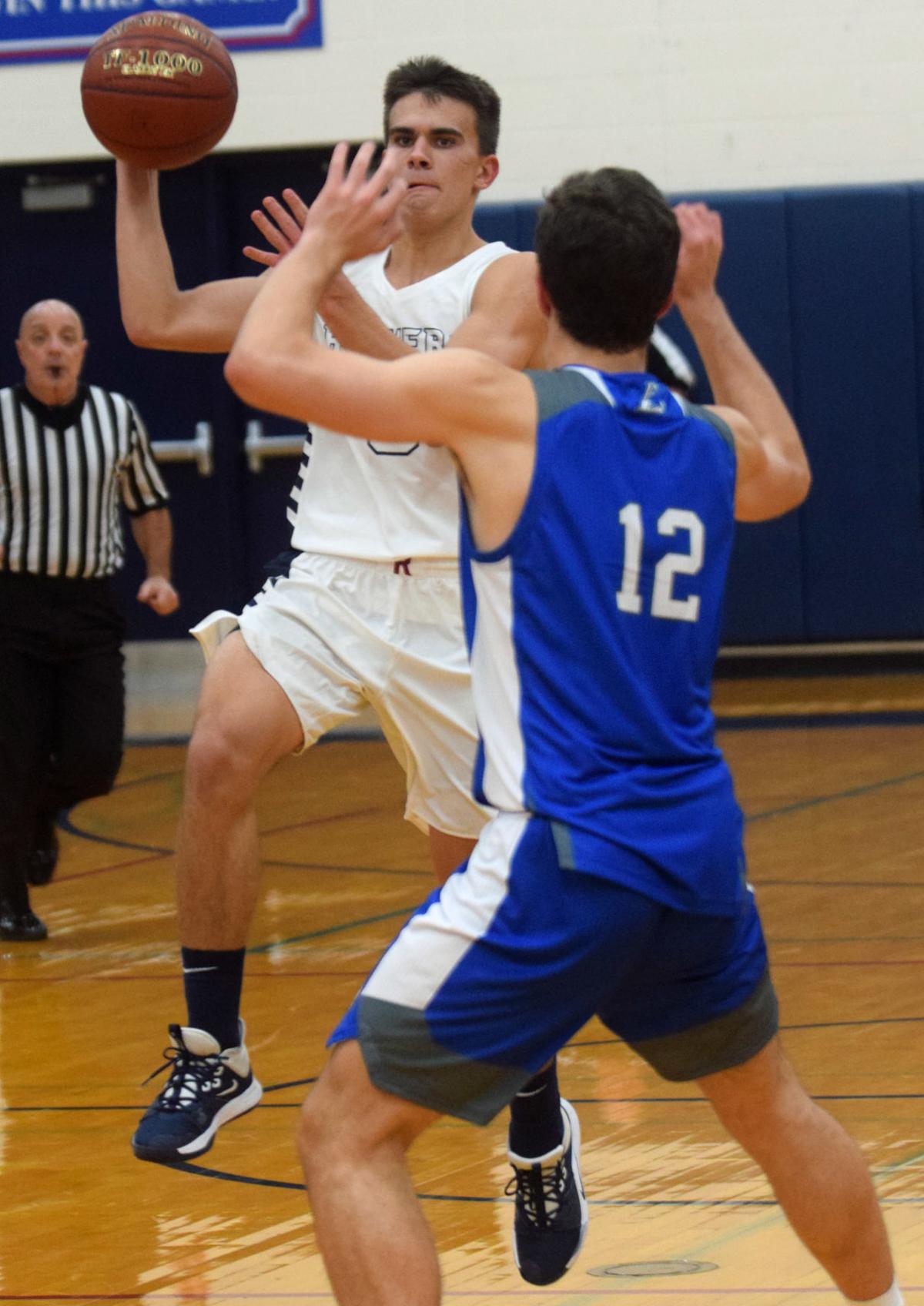 Reedsburg senior Will Fuhrmann looks to make a pass in transition past Lodi junior Caydon Coddington during a non-conference game on Dec. 5 at Reedsburg Area High School.

Although it played well defensively in its season-opener against Madison Edgewood, the Reedsburg boys basketball team’s effort on the glass and inside left coach Josh Rupnow wanting.

The Beavers rose to the next level in Thursday’s home-opener against Lodi, using a late shutdown stretch to pull away from the Blue Devils for a 65-49 non-conference win at Reedsburg Area High School. Senior Carter Daniels and junior Zach Bestor each scored 17 points to lead the Beavers in their third consecutive win over Lodi.

“On Tuesday against Edgewood, they were able to score inside on us and that was definitely a point of emphasis; to take care of our weakness and focus on rebounding as well,” Rupnow said. “We played good defense on Tuesday as well, but Edgewood just kept getting rebounds, so we were making sure we held them to one possession.”

After giving up a first-half lead to fall behind 24-23 at halftime, the Beavers (2-0) claimed a 41-36 lead with 8 minutes, 20 seconds left to play. The two teams traded buckets before Lodi senior Logan Richards connected on a pair of free throws to cut the Beavers’ lead to 49-42 with 4:30 to go.

Reedsburg proceeded to crater the Blue Devils (1-1) from there, forcing turnovers on four of Lodi’s next five possessions. The Beavers took advantage, hitting 5-of-8 free throws and getting layups from seniors Max Tully and Will Fuhrmann to reclaim a 58-42 lead with just under 3 minutes remaining. Rupnow attributed that energy as the vital piece to the Beavers swinging momentum back in their favor.

“When you’re tired, your legs get slower and your feet get slower. You want to put your hands down but you just need some energy and a spark, and it’s not just one guy at a time,” he said. “It’s a different guy giving us an energy boost and that’s huge, because that energy boost to us lowers their energy and that’s what keys runs.”

While A free throw by senior Jack Persike ended the Blue Devils’ misfortune and a 3-pointer by Richards pulled Lodi within 62-48 with 1:55 remaining, but it was too little too late. The Beavers’ energy down the stretch was too much as Bestor hit a pair of free throws to push the lead back out to 16 at 64-48 with 1:34 left to finish things off.

The Beavers brought plenty of energy out of the gates, racing out to an early 16-6 lead at the midway point of the opening 18 minutes. Consecutive 3-pointers by Lodi junior Caydon Coddington cut the lead to 16-12 with just under 8 minutes to go until halftime and got some wind in the Blue Devils’ sails.

The pair of triples sparked an 18-7 run to close the half, capped off by a putback from senior Kade Parsons, which gave Lodi a 1-point lead at the break. Out of the intermission, the Beavers put the clamps down on the Blue Devils, limiting Lodi to just seven field goals, including five 2-pointers.

Along with Bestor and Daniels, Tully added 15 points while Fuhrmann, the Beavers’ leading scorer from last year, had just six points. Rupnow lauded the trio stepping up and credited the group’s ball movement for finding the open man after creating the stop on defense, especially inside.

“Everything starts on the defensive end and not letting them get close to our hoop. We’re undersized, and they weren’t a huge team, but they were bigger than us and we have to make sure we secure that rebound,” Rupnow said.

“Then we want to push, push, push and that allows us to get easier buckets, and get inside easier and then have the kickouts. I was really pleased with the effort all around and that energy level really keyed us to victory.”

The 2019-20 high school basketball season is officially underway for both boys and girls, and each Reedsburg team is off to a strong start in …

Reedsburg senior Will Fuhrmann looks to make a pass in transition past Lodi junior Caydon Coddington during a non-conference game on Dec. 5 at Reedsburg Area High School.